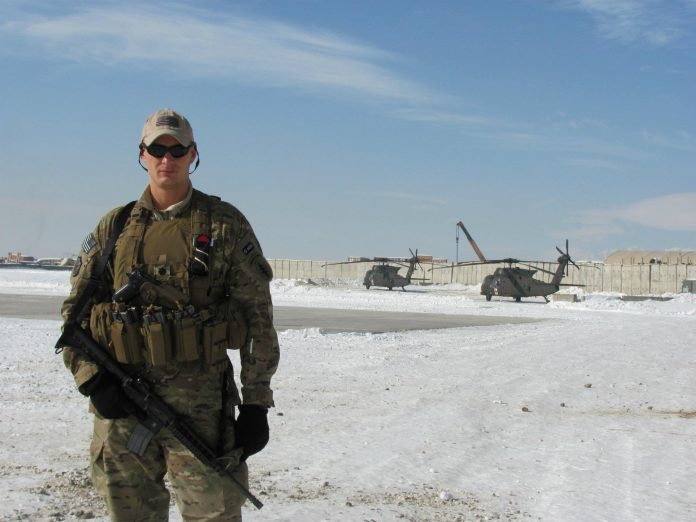 So there I was flying up to Balad Theatre Hospital out over the agricultural fields of central Iraq. It was a moment to reflect on the prior two days. The eerie sound of another car bomb going off in the distance…followed by a smoke plume and blurred reports following on CNN. The insurgents had done it again, two massive vehicle IEDs hit the Iraqi Ministry of Justice resulting in over 700 injured and 180 dead. 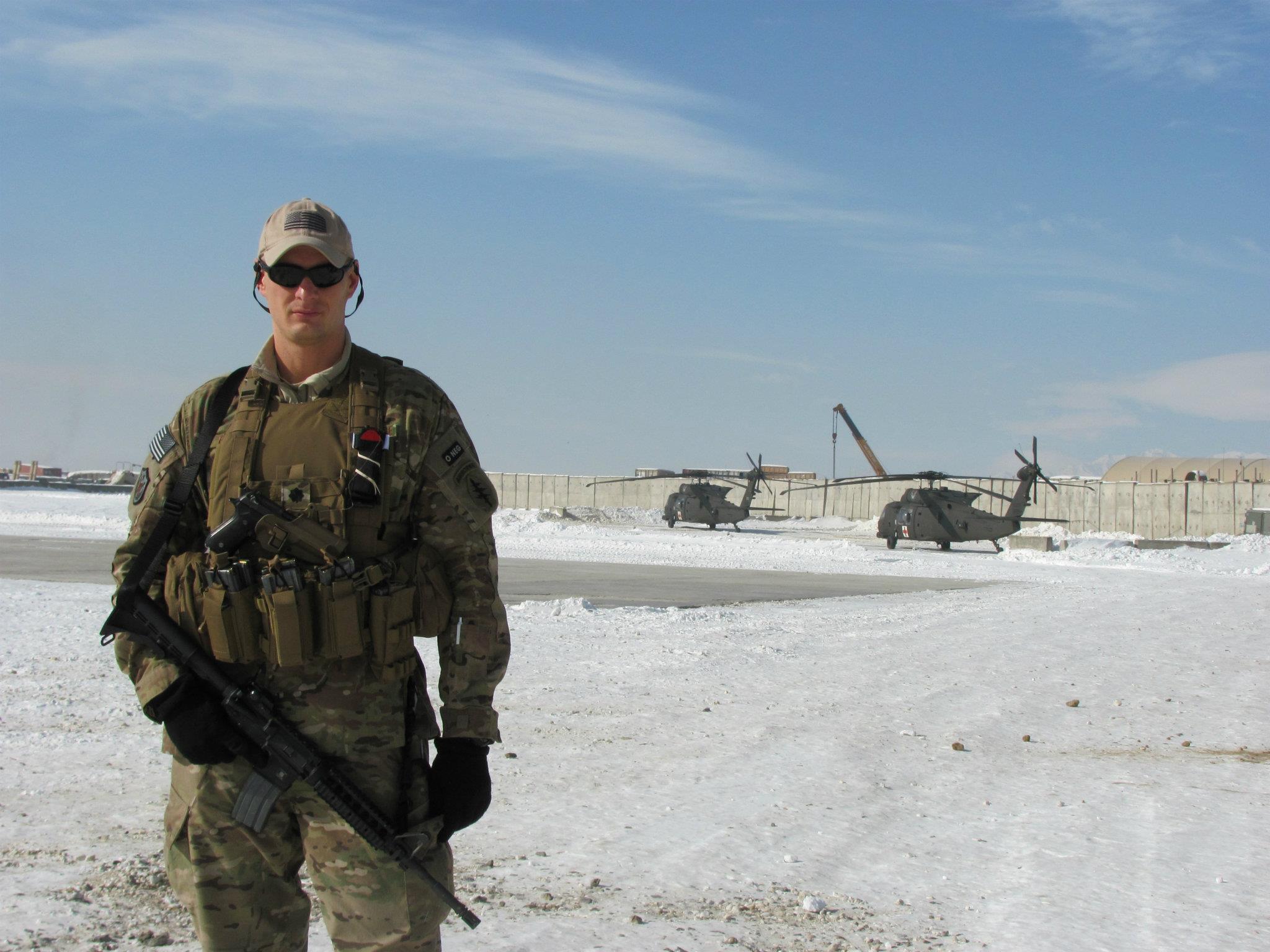 For the most part, the government of Iraq did a good job and taking care of the dead and wounded. But for about 30 members, additional care needed to be coordinated. So here I was, with innocent injured Iraqis in a Blackhawk headed north for a higher echelon of care. None of the Iraqis could speak English and we struggled to communicate through an interpreter. War sucks and this country yearned for stability and its people yearned more for peace. It was my job tonight to give that to them for a few hours.

I was deployed with an Army Unit as an Air Force augmentee, assigned to a Joint/Multinational headquarters in Iraq. Tonight in this helicopter, I felt I was making a small difference for people that couldn’t speak my language. Words unspoken but messages of thanks from them as I dropped them off to ER staff at the Theatre Hospital. Quick turn, I was only on the ground for maybe 10 minutes, passed on some information, gave some handshakes to a few guys I hadn’t seen in a few years and I was back flying south as the Iraqi sun set and it began to get dark. We had a 45 minute flight back south and had to make an unexpected stop at some shithole named Taji; a boneyard of blown up tanks and Iraqi equipment. A quick refueling and we were back on our way. I was glad to be outta there. The next 30 minutes my mind wandered from this broken desert. I dreamed of the Colorado mountains, carrying a rifle, watching the sun rise, feeling my lungs burn. I had been collecting my preference points for a few years now and I planned to use them upon my return home in 2010. 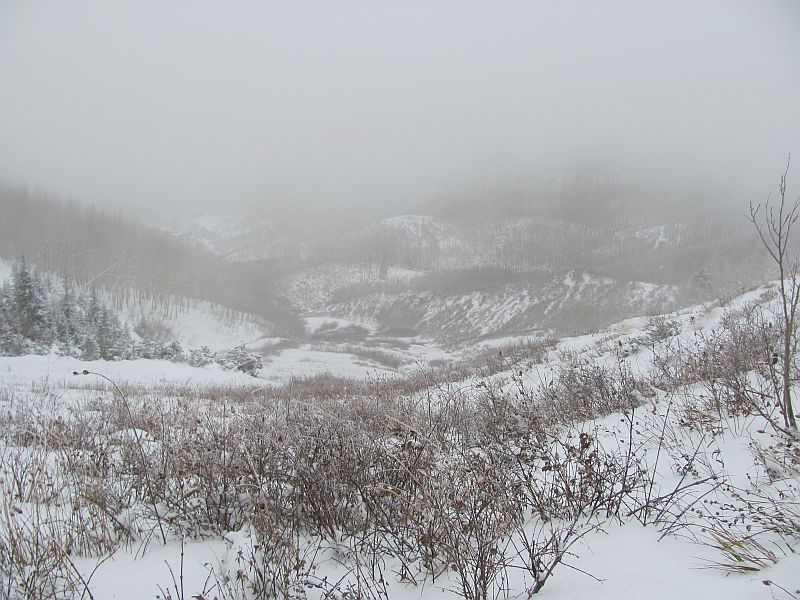 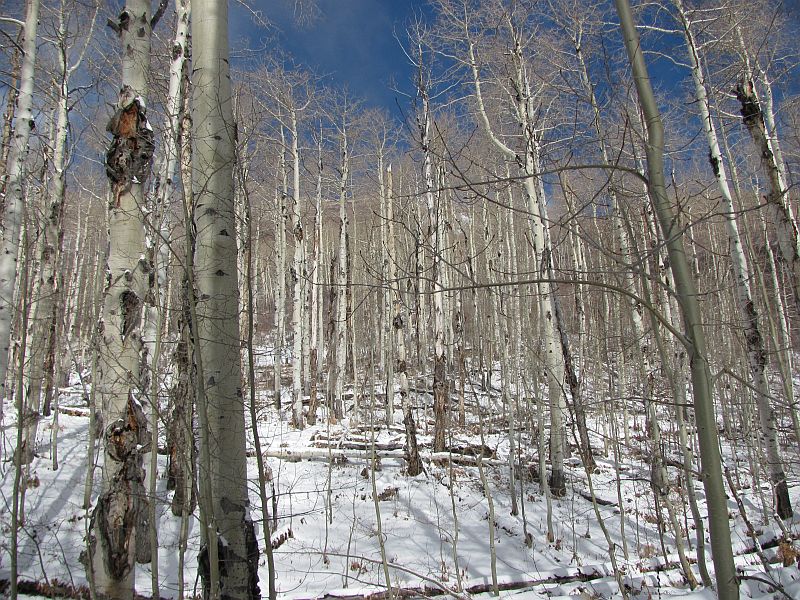 Not sure how I ended up on the wrong side of the mountain during the blizzard, I had wandered around in knee deep snow for 2 hours…How could this happen? I was several miles up in the CO wilderness. It was late in the day; backpack hunting requires extreme mental toughness, extreme fitness and extreme commitment. Finally, getting my bearings, I figured I had about 1 mile to the main trail…then about another 2 to get back to camp. It was day 6 of this hunt and I was completely spent. I had been hiking and hunting in the high CO wilderness for many days now. I had been hiking since 7 am that morning and I was hitting the wall. I was tired, I was thirsty and I was getting delirious. But I trudged forward, one foot in front of the other. Several sheep hunts in AK had taught me how to push my body to its limit and beyond. At this point, it’s a matter of toughness—not everyone has it. I had another 100 yards to reach the pass, I drug myself up, crested the ridge and there stood that wonderful site all mule deer hunters savor. A nice buck, doggn’ a doe about 400 yards to my right. He stopped, looked back at me and froze in time. 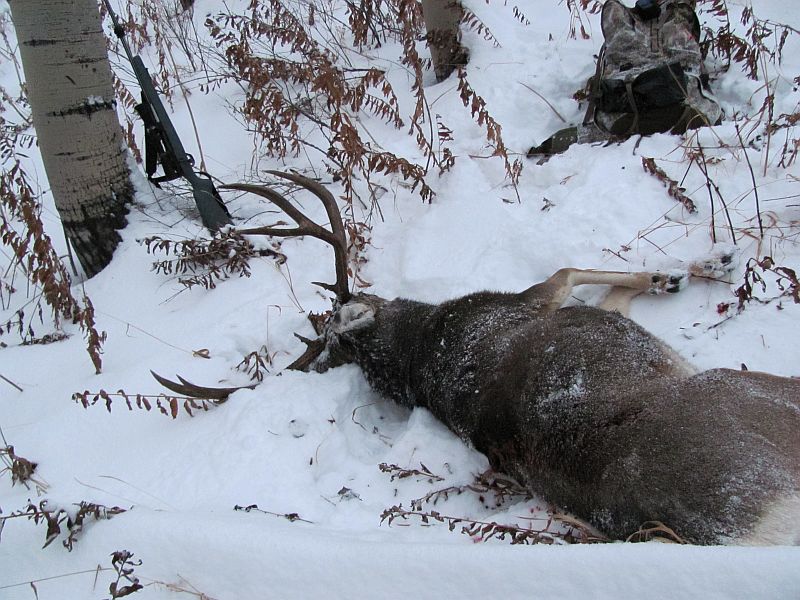 He gazed at me, never flinching, took one look back at the doe and then back to me. It was happening in slow motion. He wasn’t the buck I went up the mountain after, but he was good enough for me. It was time to kill. I jogged about 50 yards closer to get a better shot and dropped to my knees. Pulled my pack off, stood it up and rested my rifle on it. I quickly found him in the scope and pulled the trigger. Swing and a clean MISS! He never flinched…I slowed my breathing down, took my time put the 400 yard tick on his back and dropped him as the gun recoiled back. The buck then slid down the snow covered hillside about 200 yards in the snow in a big ruckus. A downed aspen tree stopped his fall and he slowly expired. The buck was done and so was I…my tag was punched at about 10,500 feet. 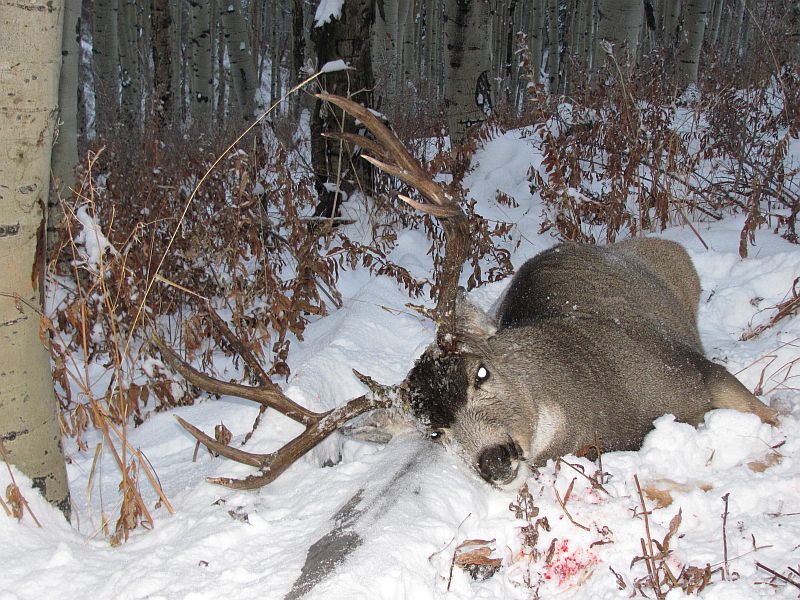 I gathered my things and made my way to him. My first high country mule deer…I was pumped. I sat down, thanked God and snapped a few photos of him and quickly gutted him. I would have to return tomorrow to bone him and pack him out. It was dark by the time I gutted him and I struggled to bushwack down a very steep creek bed. Tumbling over downfalls, brush and slick rocks was treacherous. I fell many times. I had time to reflect…the hike down the mountain took almost 2 hours. I finally made it exhausted and hungry. 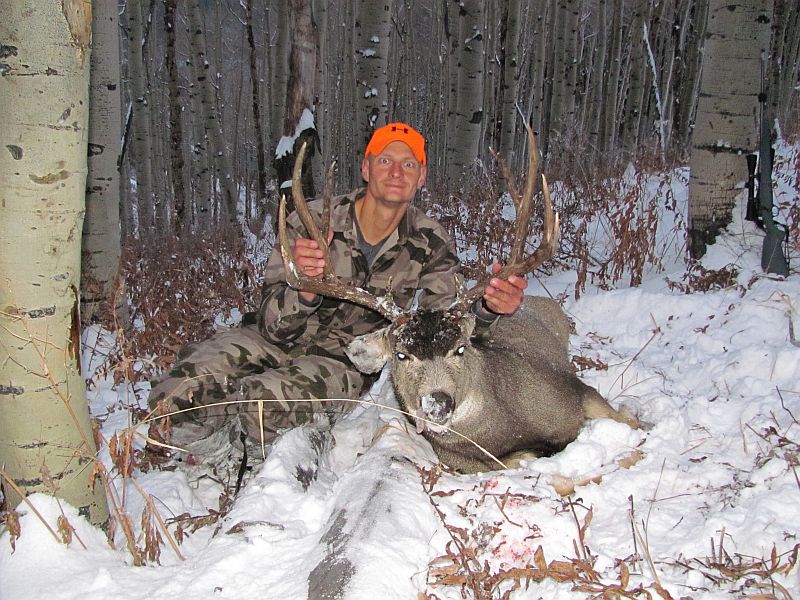 I slept in the next morning, packed a few things and made the trek up the mountain to him. My Havalon Piranta made quick work of caping and boning him out and I was on my way back to camp by noon. I decided to do one load, head, cape and the entire boned out buck. It was massively heavy but the Mystery Ranch NICE frame made it manageable. My drive back home took several hours. I had time to reflect on the years of planning this hunt. The biologists and fellow hunters I talked to, the daily physical training over the last several months and that night in Iraq, flying over a broken country dreaming about being back home in the mountains. It was all worth it and I will be back again.

The buck gross scored about 175” and had some cool character points at the base of each main beam. He holds his mass well and will make a great addition to my wall. 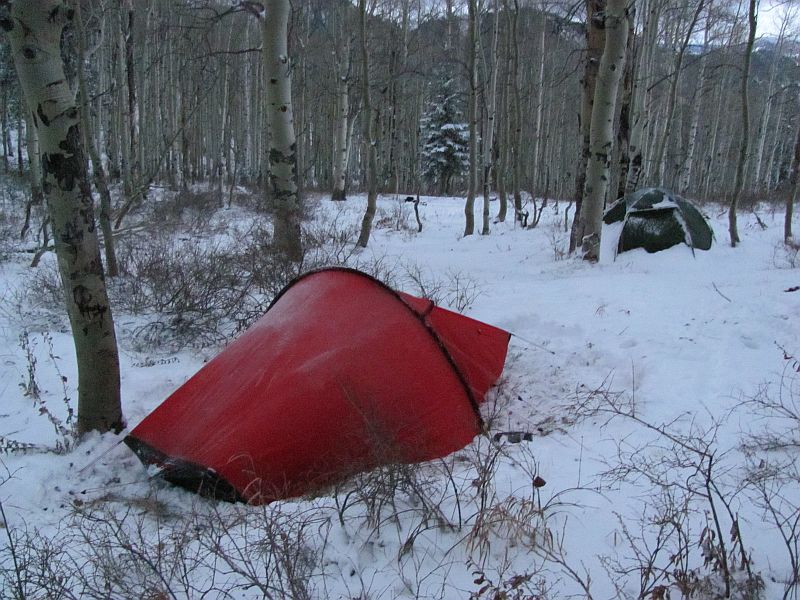