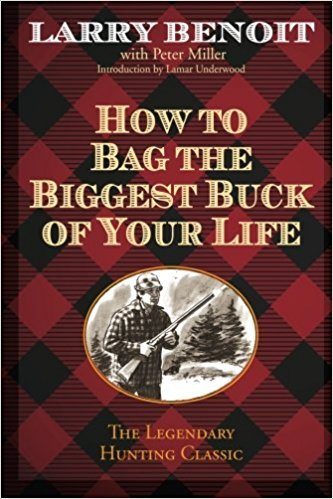 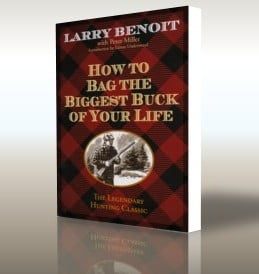 I’ve written before—both on this blog and in my new book—about the need to study other deer hunters if you want to be successful.  Deer have been hunted on all continents since Bible times (see Deuteronomy 12:22) and there is a wealth of accumulated knowledge that has been handed down through the centuries that can benefit the modern hunter.

Most western hunters have not heard of the Benoit family of Vermont.  The late Larry Benoit—who is part Iroquois Indian—and his sons were pioneers in tracking the modern whitetail.  Some would say they revolutionized whitetail deer hunting on the big public land tracts in the northeastern United States. Now you might be thinking, “I thought Robby was a mule deer hunter, what does whitetail hunting have to do with hunting mule deer in the West.”

I’ve pondered that question for years and while I might not have a 15-second elevator speech to answer it, I can tell you that deer are deer and many of the pursuit techniques overlap.  I’ve tracked many mule deer and while reading Larry’s book, I found many similarities in our methods.

While I’ve mentioned books that have been written by other authors about the Benoits, I had never read the original book written by Larry Benoit himself.

On a recent trip to Barnes & Noble to restock my own book, “Hunting Big Mule Deer: How to Take the Best Buck of Your Life,” I noticed this section is stocked in alphabetical order and right next to my slot was Larry’s “How to Bag the Biggest Buck of Your Life.”

I have to admit I was a little embarrassed when I realized my subtitle was very similar to Larry’s 1975 book title.  Because I’d never seen his book until that day, I know I didn’t copy it but surely in all my readings about the Benoits, that title must’ve imprinted on my brain along the way.   No matter, while my book is about mule deer and his whitetail, as I wrote above, there are enough similarities that I was quickly standing in line with debit card in one hand and Larry’s book in the other.

That was on a Saturday afternoon and by Tuesday night, I had finished the book as evidenced by the dog-eared pages, sticky notes, and underlines so that I could refer later to key concepts Larry wrote about.  Larry’s book stirred my soul just as many of the great deer hunting books have done.

Larry’s book is conversational in tone and reveals his practical but insightful approach to killing the biggest whitetails in the areas he hunts—from both sides of the Canadian border to the coast of Maine to the Berkshires of Western Massachusetts—the same area where thousands of other sportsmen hunt yet go home with lesser if any bucks.  And therein lies the first reason you should read Larry’s book: the most successful deer hunters of either species are often hunting differently than the masses and is why their results are completely different. 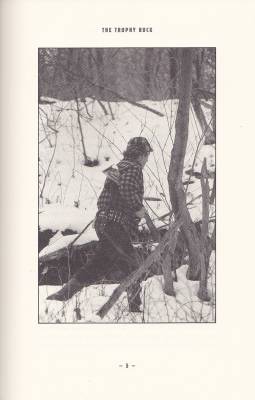 Although Larry wrote the book 40+ years ago, he elevates physical conditioning to a top priority for the whitetail tracker, another commonality with mule deer hunters.  While Larry likely never paid a gym membership in his life, he made sure he was in great physical condition—through exercise and nutrition—to track any whitetail for as many days as it would take (up to 13 in one case.) We know a lot more about fitness and nutrition nowadays but Larry disciplined himself to work with what he had and his results prove he was up to the task. Larry also covers the mental aspect of hunting big whitetails alone and far from civilization.  I’d offer that is one of the most overlooked yet needed aspects of hunting for big mule deer.

Larry also dedicates a chapter to the equipment of the day, some of which would serve today’s western mule deer hunter.  Of particular importance was Larry’s selection of firearms for the task.  Tracking whitetails—as it is with big mule deer—requires a light, fast-shooting, reliable-feeding, accurate rifle.  Larry (and all of his sons) chose the Remington model 760 Gamemaster pump in either 30.06 or .270, topped with a Williams Peep.  While most of Larry’s shooting is less than 100 yards, he killed a moose with this same set-up at 400 yards.  While I’d only argue for this sighting system on a muzzleloader for the western mule deer hunter, the take-away is that Larry used the right tools for the task.

Likewise, the mule deer rifle hunter is best served by a lower-power lightweight scope on a fast-shooting and accurate rifle.  Big mule deer are usually killed at shorter distances than the average hunter is lead to believe.  My average shot on big mule deer still hovers around the 200-yard mark with some shots all the way down to 40 yards.  My best buck taken by tracking was shot at 80 yards in the timber, just like many of Larry’s big whitetails.  This is why I don’t carry heavy rifles with cumbersome overweight scopes capable of launching bullets into the next unit.  Fast and light is what you need for killing big mule deer. 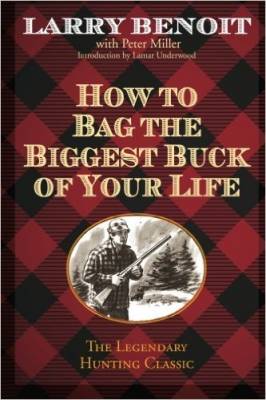 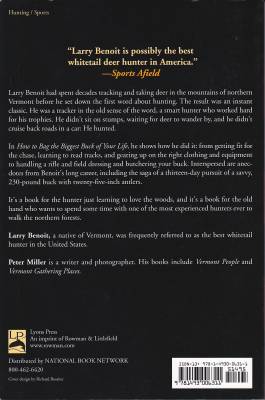 Larry also includes chapters on clothing, scouting, and butchering and cooking, but the bulk of the book is dedicated to actually tracking down the biggest bucks of the species.  These chapters go deeply into the signs big bucks leave, track identification, scents to notice, how to get off an accurate shot in a few seconds, and how big whitetails—like big mule deer—tend to travel in big circles when tracked, keeping them close to their core areas.

The main difference I’ve identified in tracking northeastern whitetails from tracking western mule deer is the country they inhabit.  Although Larry is hunting the most rugged mountains of his area, they are “hills” compared to the big mountains of the West.  I’ve learned that if you’re tracking mule deer in the big mountains, you’ll be much much more limited in the distance you can track a buck.  You’ll have to be more careful not to spook the buck (Larry tracks down bucks he’s spooked simply because he can keep up with them in the smoother terrain.) However, if you’re tracking mule deer in foothills and deserts of the West, what you read in Larry’s book will be much more applicable.  Larry also disregards the wind when tracking, something that is very hard to wrap my mind around, but I wouldn’t argue with a man of his experience.

Although we lost Larry in October, 2013, thankfully he passed on his lifetime of knowledge both in his book and his sons.  Larry Benoit’s book “How to Bag the Biggest Buck of Your Life,” should be read by any mule deer hunter who wants to be a better tracker.  While you won’t kill a lot of your biggest mule deer by tracking alone, knowing how and when to apply the technique will ensure more big bucks on the skinning pole.    You can find Larry’s book on Amazon here or at some Barnes & Noble stores.

Feel free to share any of your tracking experiences in the comments section below and be sure and “Subscribe to blog” upper right under Fitness/Other.

Read all about how I use tracking for big mule deer in my new book, Hunting Big Mule Deer: How to Take the Best Buck of Your Life