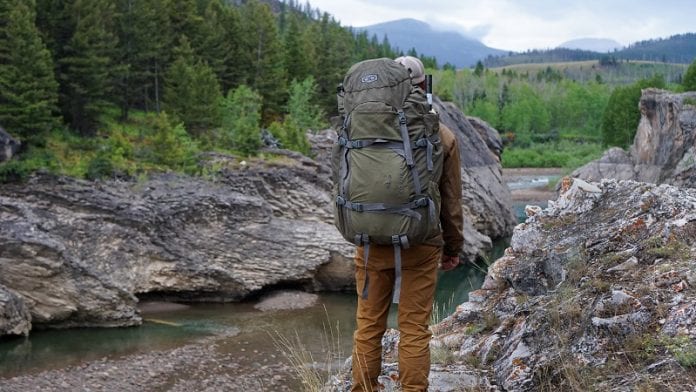 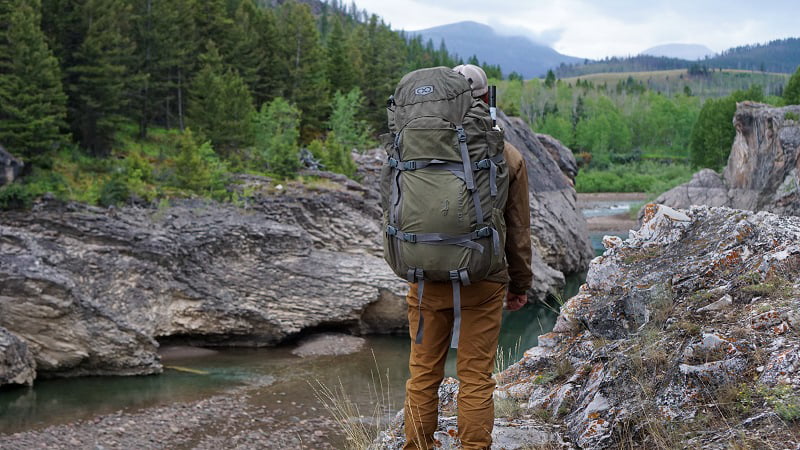 I initially started looking at the EXO K3 6400 Pack System when I purchased a packraft earlier this year and needed additional volume on multi-day hunting expeditions. I have owned and exclusively ran a few different models of EXO packs since their inception in 2014 which have included Gen 1, Gen 2, and K2 generation packs in the 3500 and 5500 variations. When I saw they released a 6400 CI pack geared towards hunters doing longer trips and needing more volume, I knew that was the route I needed to go.

Upon receiving my pack, I opened the box and immediately thought there was a mistake. Inside was a neatly packaged and slender pack that I thought was most certainly their 3200 model. 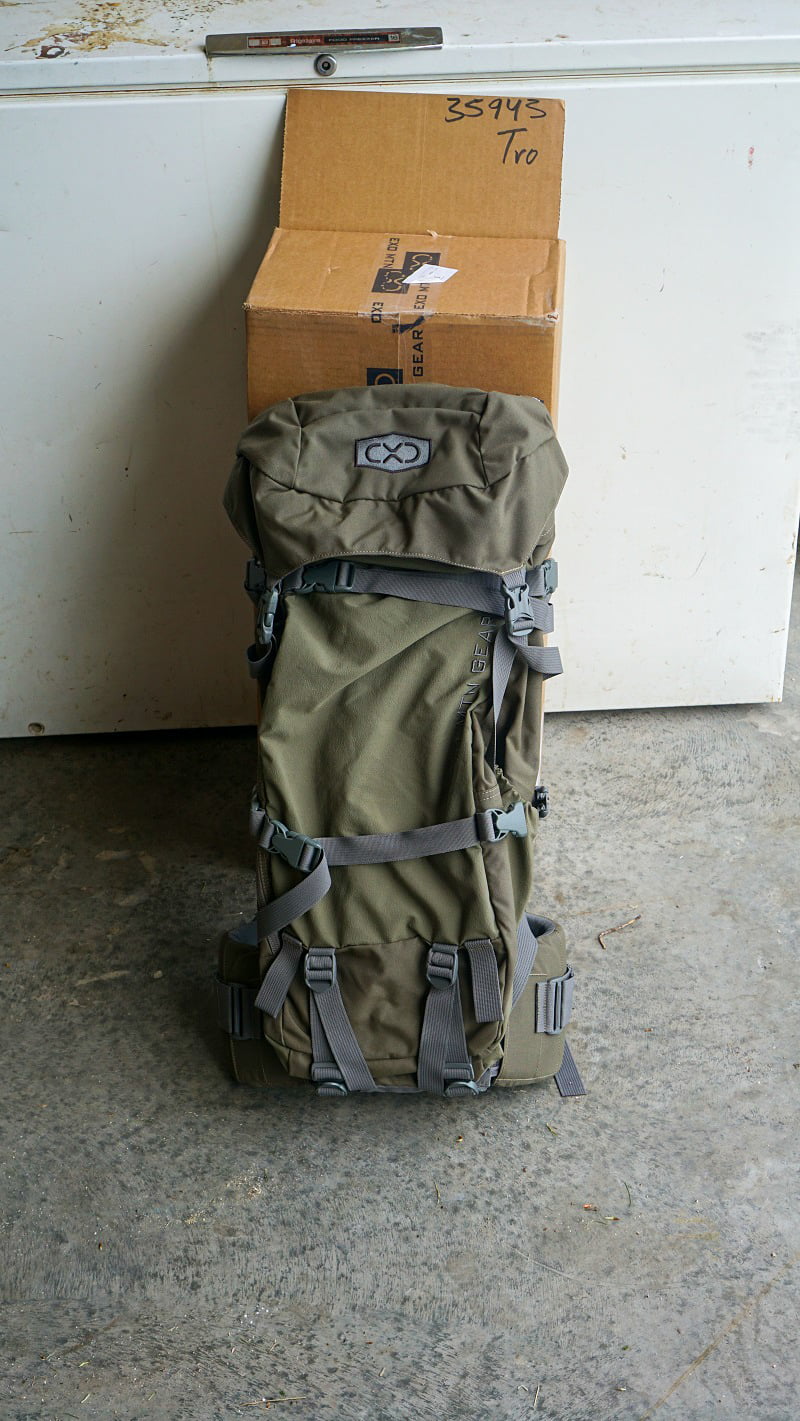 Upon further review it was indeed their 6400 model–it can compress down to a much smaller size than I had imagined. The bag features a simple yet effective design that minimizes weight while keeping efficiency high and nearly mirrors the design of their previous 5500 model. I prefer the simple approach to the bag, and it has just enough organizational pockets and compartments to stow easy to access items.

The K3 bag, frame, and hip belt have some very nice changes from their K2 predecessor. The hip belt has an easy to access lumbar pad and updated belt with better padding. The new belt I noticed seemed to be much “grippier” under heavy and awkward loads and I experienced very little slip as I have with other packs in the past. The frame has a quick access load shelf that I very much appreciate. I’ve been in several situations in the past where I didn’t use the load shelf option in older generations because I was under major time constraints. EXO’s new system easily solved that problem.

The bag has an updated water bladder pouch that can also double as wet gear storage, separating wet items from the rest of your dry gear. This is very helpful to guys living in the Northwest and Alaska where a wet tent and rain fly is the norm. Justin Crossley goes into more depth on those features and more here.

Several people I talked to have their concerns about having an overly bulky pack for day hunting and smaller overnight trips. I too shared that concern but quickly was relieved after loading up my typical full-day scouting mission kit. My kit includes rain jacket, puffy, possibles pouch, tripod, food, and water. 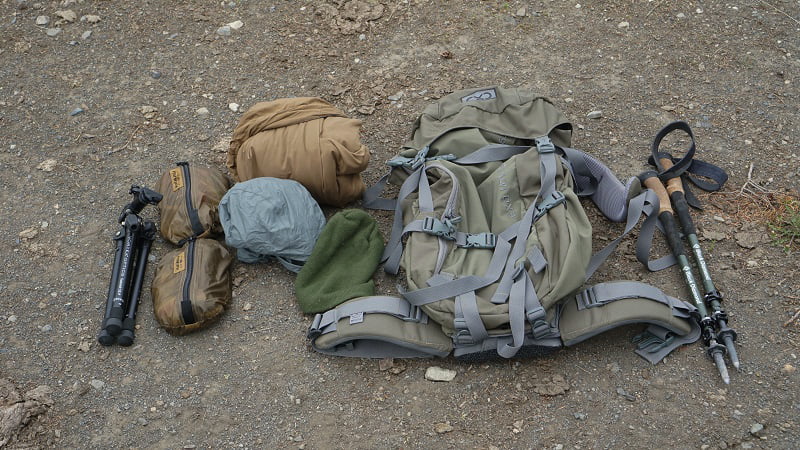 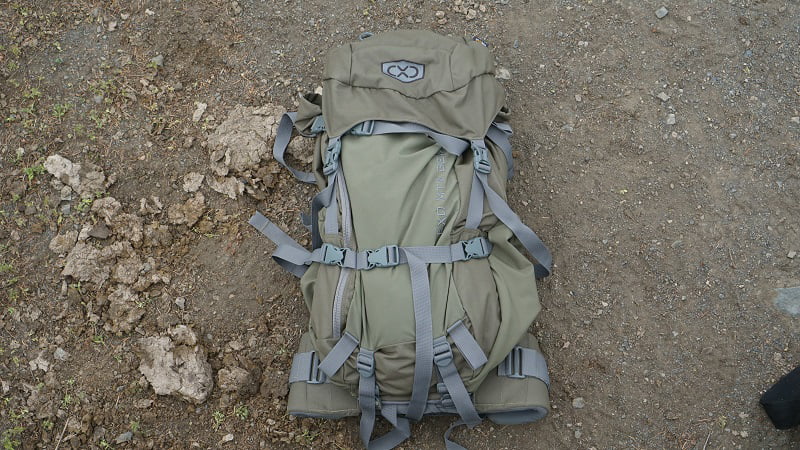 I experienced the same neatness when doing a typical overnight or multi-night bivy scouting trip. I did five different backpack trips with the pack in total with most being single two-night night excursions. Never once did I wish for a smaller pack. 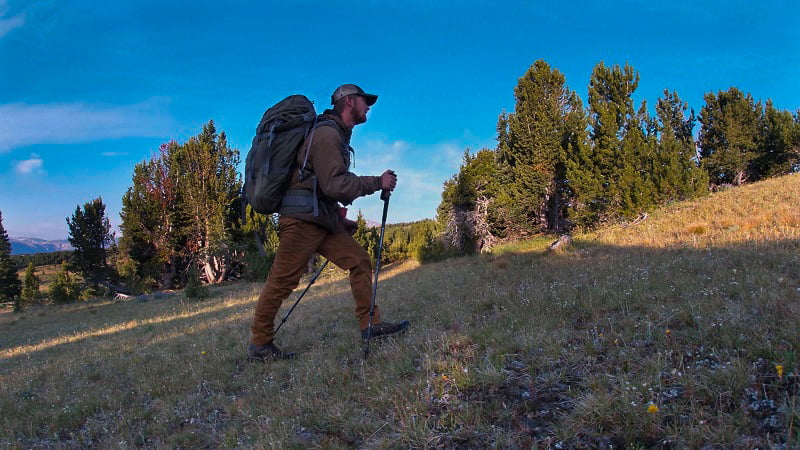 Having access to the additional space I found is convenient for when I start caching water to some of my high mountain bivy sites a few days before the season starts with awkward hard-sided water carrying apparatuses.

In addition to those concerns was the question of weight and a heavier pack. The 6400 is only three ounces heavier than the 4800 and eight oz. heavier than the 3200. A small weight penalty for a huge volume increase. EXO has a size and weight comparison chart on the site located at the bottom of the page here.

The EXO K3 6400 is truly 6485 cubic inches, and when paired with the top lid, it is nearly 6900 CI. This is serious volume that will be most utilized by Canadian and Alaskan mountain hunters as well as a small portion of lower 48 hunters looking to go on seven+ day adventure hunts. I carved out my niche for the 6400 in its use for hauling my packraft into remote river drainages in several western states that can be floated out at the completion of a hunt. A hunting style that is more commonly seen in Alaska and Canada.

I planned my first big trip for early August as a dry run for a hunt that I have had an interest in for some time. It included a two-mile hike into the headwaters of a major river system preceded by a 15-mile float out and then a seven-mile pack out to the trailhead. As seen in my gear list below, most items are far from lightweight or compact. I wanted to pack items I would also be using on my hunt to get a true feel for it. 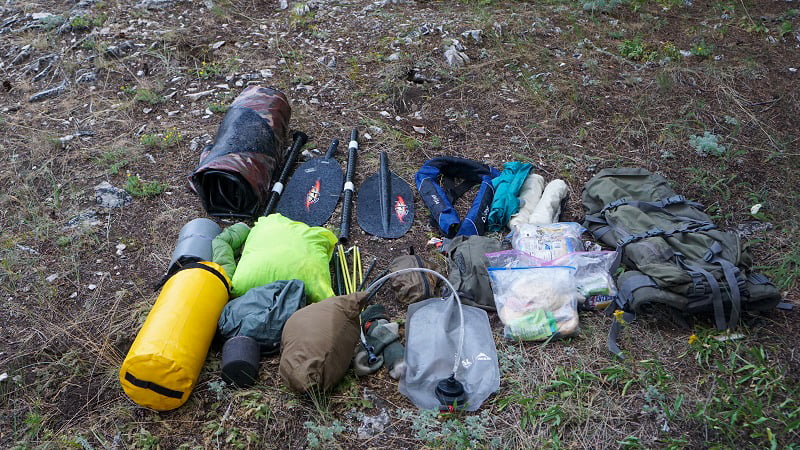 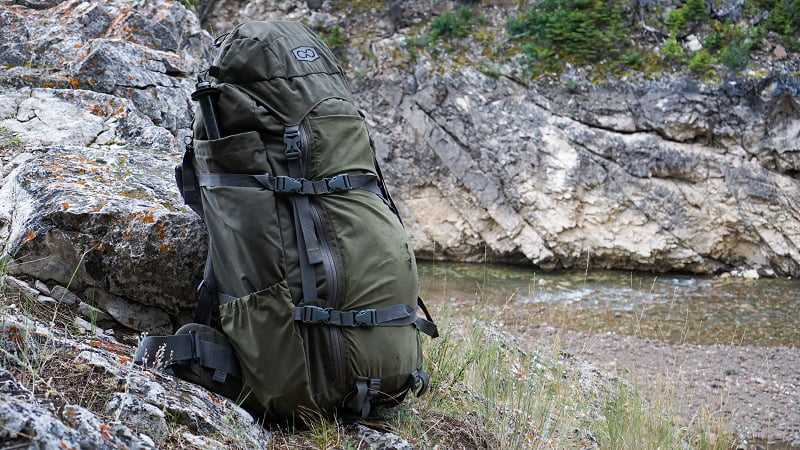 Loading the pack with all of the excessive and bulky gear took a bit of thought and practice. I tested it in my garage to get everything to fit while still maintaining a relatively streamlined shape. It ended up going smoothly and after a few attempts everything fell into place and everything seemed to find its own perfect little home. The pack still had room to spare and maintained a good shape that would ride well on the trail. There was still plenty of room for my spotter and tripod had I brought it on the trip. Also, if I needed more space, I could stow the raft in between the top lid and bag and free up enough room for four-six more days’ worth of food.

The pack rode very well on both ends of my trip while hiking. There were some short portages around gorges where I strapped the raft to the top of the pack described above and even then I never felt I had an overly awkward or tugging load on my back. The hip belt and suspension were once again tested with a several mile hike at the end of my trip with the full load. It exceeded my expectations without a hotspot or sore on my waist or shoulders.

Overall, I have been very pleased with the EXO 6400. I’m looking forward to running it on future trips where capacity is the number one priority. And, on trips that require nothing more than just day gear. If you are looking for a pack to extend your hunts or if you need to pack the kitchen sink, I recommend taking a look at the EXO K3 6400 Pack System. Order yours here.

You can comment on this article or ask Jon questions here.

Check these other great backpack reviews: