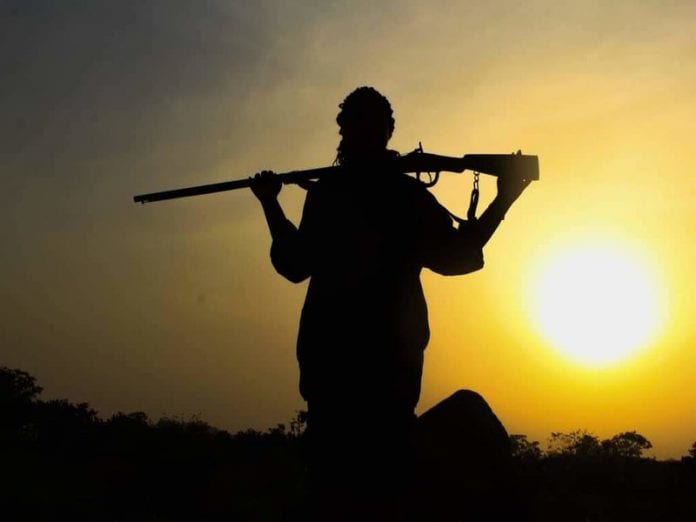 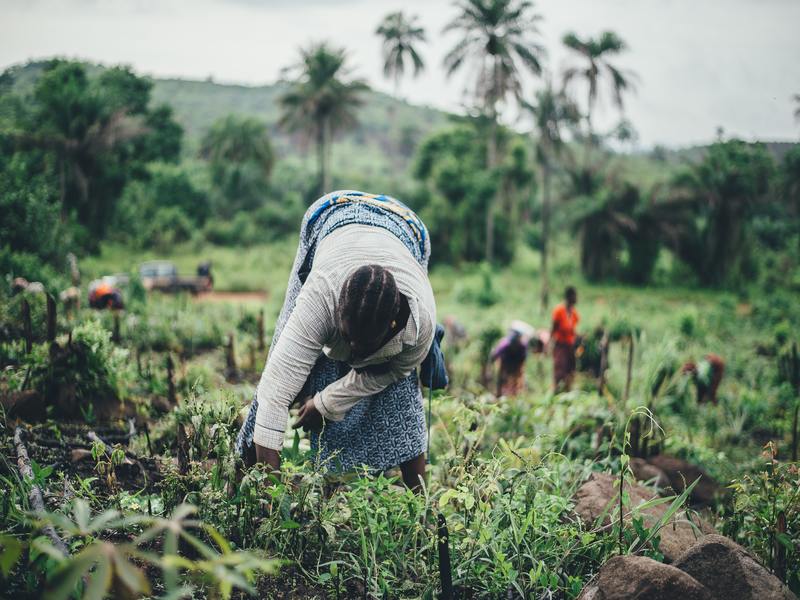 The idea of venturing into unfamiliar places in search of game has intrigued hunters worldwide from time immemorial. Even today scores of hunters continue to explore the far-flung corners of the world to experience nature in its raw form and challenge the self- imposed limits of their primal instincts.

It is easy to see why a few times a year, visiting hunters gravitate towards Africa for game. This continent is home to an incredible array of fantastic beasts but more than that, this is one of the few places where the elemental force of Nature truly humbles you. Added to this is the fact that there is always something for just about every hunter in Africa. You might be on a stalk for one species and bump into something else, totally unexpected but certain to make the hunt worth your while. 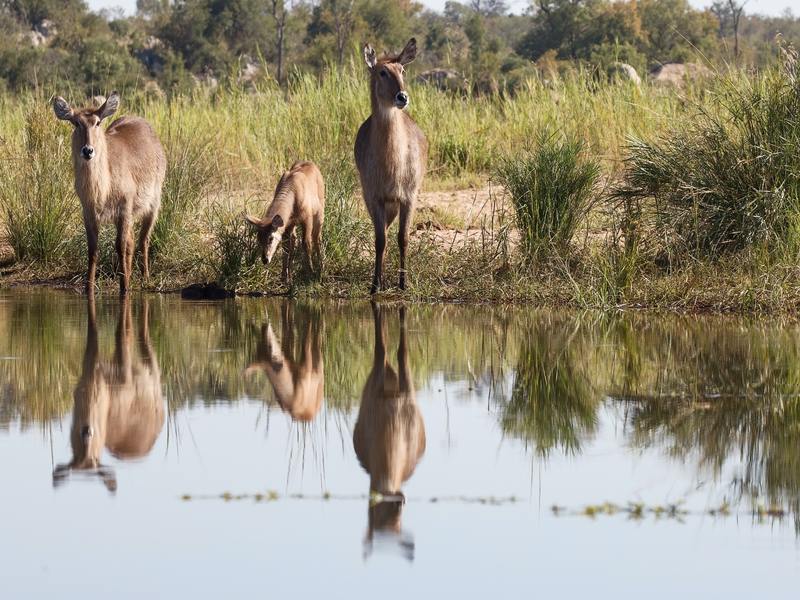 Peter Hathaway Capstick once said that “more of Africa gets into your blood than just malaria” and I couldn’t agree more. Still, strange things sometimes happen on a hunt and if you are hunting in foreign terrain, occurrences that are ‘unusual’ to you but ‘normal’ to the local residents might further work to complicate your experience. The rougher the terrain, particularly when it’s unfamiliar terrain, the greater the chance of running into a perilous situation. 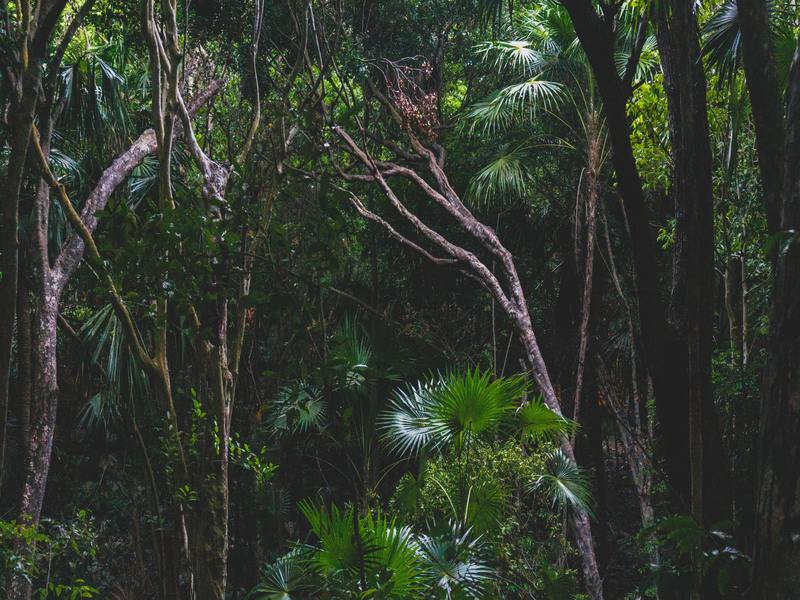 Things have been known to go downhill in a matter of minutes on an African hunt, even amongst the locals. Hunters get lost, and when found sometimes tell stories you wouldn’t believe possible. You can never arm yourself with too many tips because when hunting in an unfamiliar place, what you don’t know can be the difference between life and death. Sure, there are general details you need to pay attention to upfront such as the lay of the land, location of the nearest streams, ridges, possible escape routes, and such. But there are also specific traditional hacks that you would be wise to familiarize yourself with before you set out on the hunt. 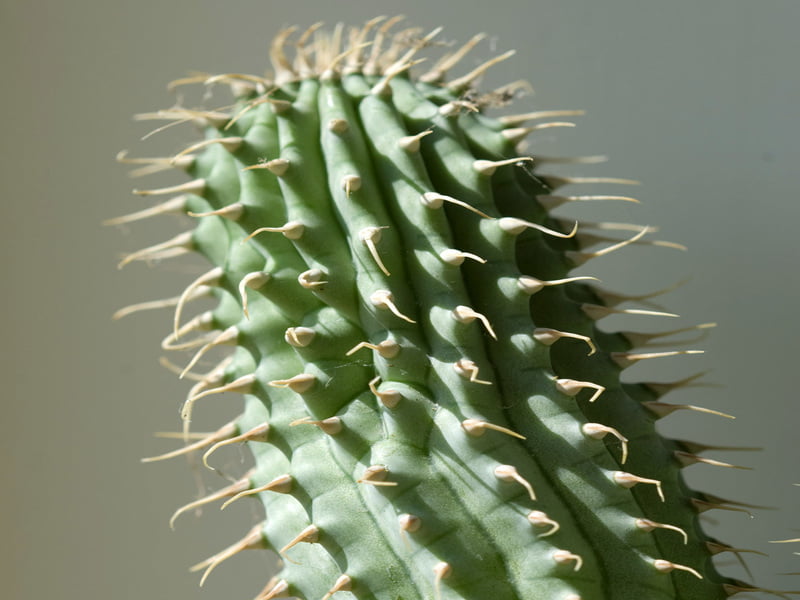 For instance, if you find yourself along the Kalahari Desert in Namibia, or near a community-run reserve there known as Nyae Nyae, if needed, you can chew on the hoodia plant to suppress your appetite. It is a cactus-like plant that grows in clumps of green upright stems. It is succulent, tastes a bit like cucumber, and grows in the semi-desert areas of South Africa, Botswana, Namibia, or Angola. African hunters in these regions eat the hoodia plant and it turns off not just appetite, but thirst as well. By quelling your hunger as it arises, eating this plant allows African hunters to stalk their game with clearer heads. It is also bound to also come in handy if you are short on supplies. 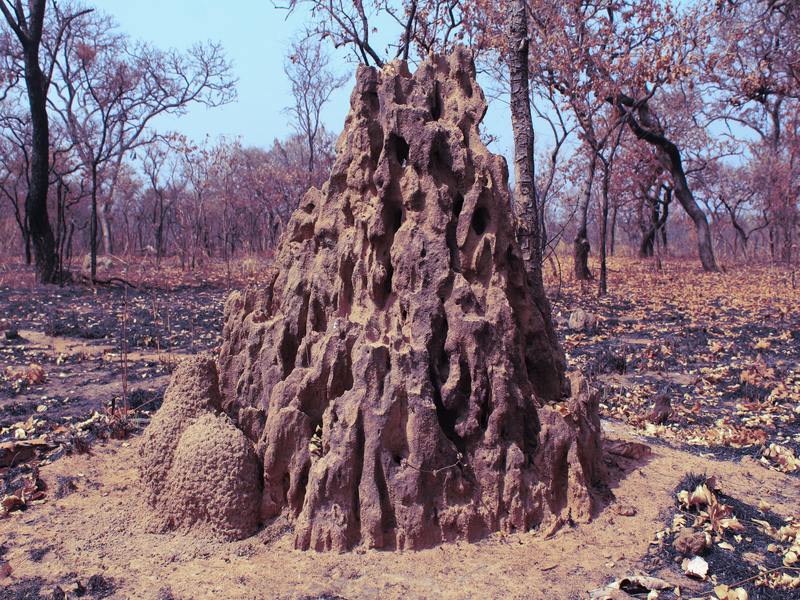 In the absence of the hoodia plant, a more common solution to hunger when hunting in Africa is hidden in termite mounds. These can be found more easily in whatever part of the continent you chose for your hunt and if you find them, look out for the edible fungus that sometimes grows at their bases. You might know this better as termitomyces reticulatus  and mixed with a few termites, it always provides hungry native hunters with the valuable protein they need, when they need it. 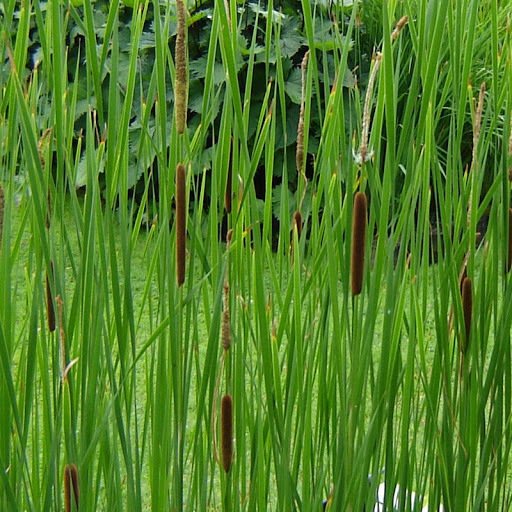 When it comes to insects and bugs, Africa has more than its fair share and the stinking smoke of certain plants are excellent insect repellents. The typha plant works well for this and is often used by local hunters around wetlands in Botswana, Lesotho, Swaziland, Namibia or South Africa. All you need do is collect a dry, brown seed head and light up an end. It will usually smoke without completely catching flame and when this happens, place the smoking cattail punk on a fire-safe surface, upwind from your position. Its smoke will waft over you for 20 to 30 minutes but will repel bugs for much longer. 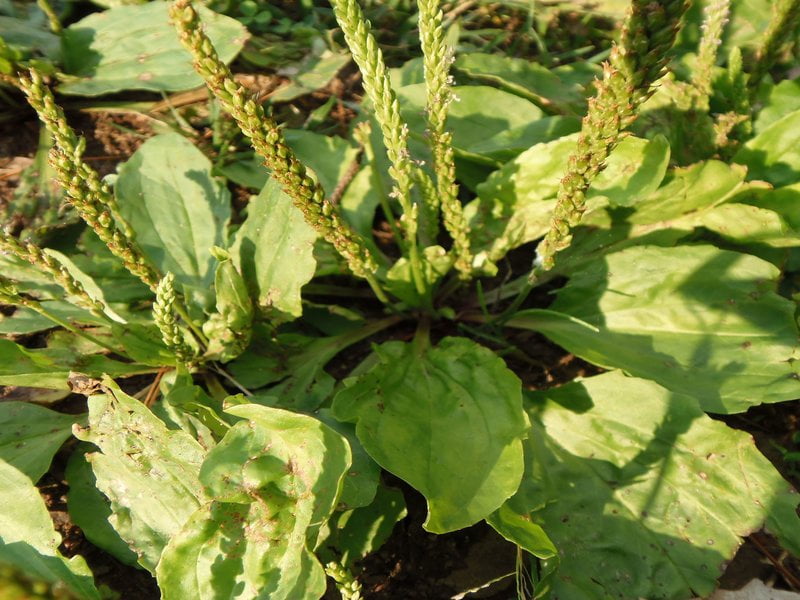 Hunting here, at nighttime or not, often means waddling through thorn bushes and spiked branches. There are most times, no way to avoid being jabbed or scratched by something but a popular native hack here is to find the leaves of yarrow or common plantain. When crushed into a paste, and applied on the little cuts, the tannic acid in the juice acts as an antibacterial agent and soothes inflammation while the allantoin speeds up the healing of your skin. Secure these poultices in place for as long as possible, and you will be good as new in no time. Also camelthorn is chewed here to combat toothache, and the roots of the much-revered shepherd’s tree known as Xhosa in some African regions are often brewed and applied gently to hemorrhoids. 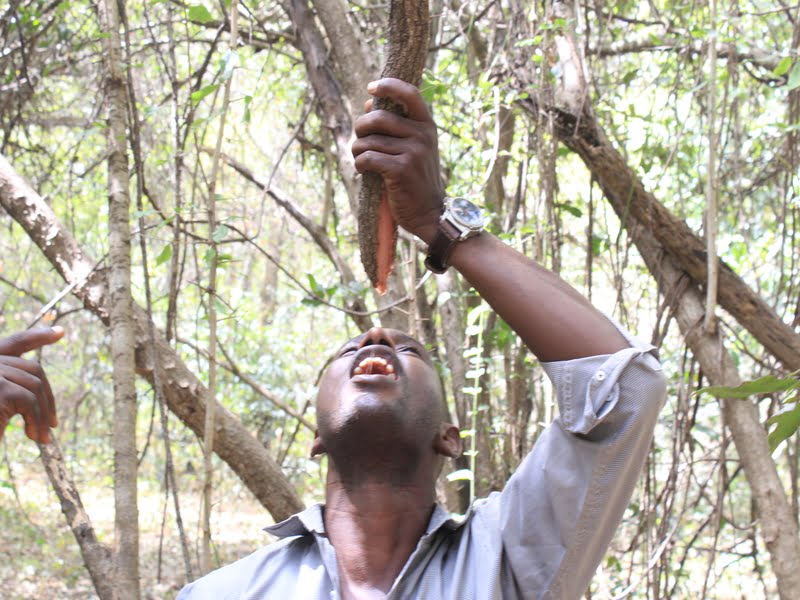 Finding clean, uncontaminated water is key to the survival of hunters everywhere and so, if you run out of water while hunting this continent, I hope you remember that it is ideal to start off in search of natural water sources like streams, springs or rainwater. If this fails, a popular way African hunters find water is to seek out certain water-storing plants. The African baobab trees store water in their trunks and in South Africa; you can find them in the Soutpansberg mountain range, near the Limpopo province.

Some African myths hold that women who live in regions with many baobabs are very fertile but true or not, this tree is the stuff of legends.  No matter what method you use to obtain water, it should always be purified before drinking. The easiest way is to boil for some minutes, but at the very least, make a crude filter out of cloth and sieve out solid particles because dirty water is better than no water. 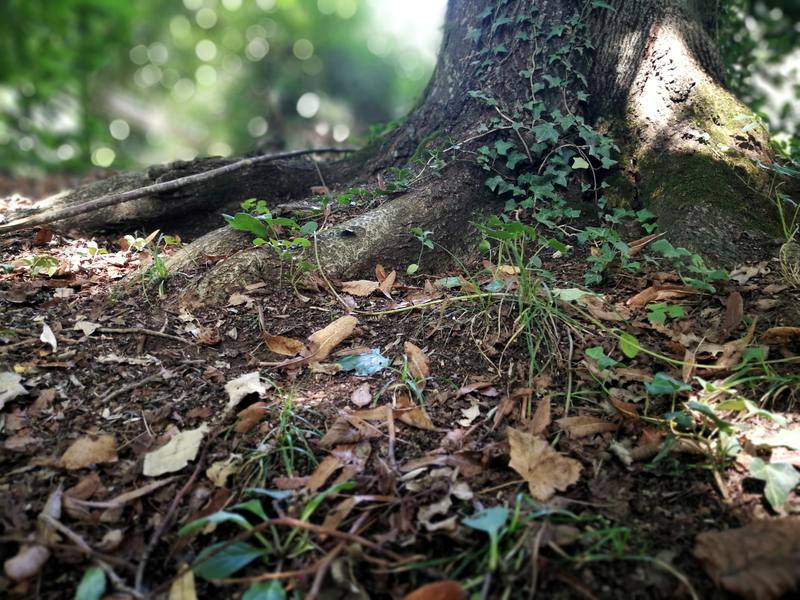 Maps can be useless if you don’t have your bearings or when your compass is broken. A simple trick that will come in handy if you lose your bearings on a hunt begins with you driving a stick into the ground, about 12 inches high. If it’s sunny (and African dry seasons always are), it would cast a shadow. Put a small pebble at the end of the shadow. Wait about 15 minutes and after the shadow moves; put another pebble at the end of the shadow. Draw a line through the two pebbles and you’ll have an east/west line. Look at which side the shadow is pointing over that east/west line, it will be pointing in a northern direction. Draw a line through the east/west line at a 90-degree angle and you’ll get the coordinates to your home. 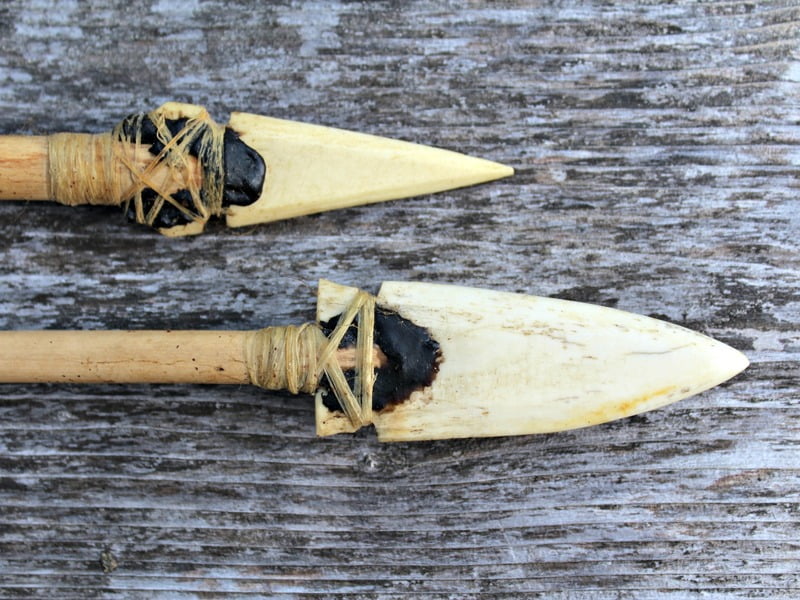 As regards your choice of equipment, if you ever have to make a weapon yourself in the woods, make it a spear. Here’s a traditional way to make one; don’t go for a short wood with a pointy end, you want your spear to be long enough to put some distance between you and whatever animal you need protecting from so select a long, straight stick. You can sharpen either end with your folding knife or split the end of the stick to create a fork. Separate the fork with a wooden wedge or small stone, lash it in place and sharpen each fork with a knife or sharp rock. To make a triple-prong spear, add a smaller stick after placing the wedge, sharpen, lash it into place and you’re done.

On an African hunt, you are as likely to encounter poisonous plants, and instances of this abound. In my community, for instance, there is the mucuna plant fondly known as agbala in my native dialect. This plant is native to Africa and notorious for the extreme itchiness it produces on contact. I know because I’ve been there. Another plant known to us as nwanju induces forgetfulness and leaves its eater with no desire to return home. Some of these grow in patches on the ground; others climb on trunks of trees. I understand if this sounds strange but it is absolutely true and trust me, you do not want to experience this on a hunt. Your best bet here is to seek out a few native hunters in your chosen area, ask them what deadly plant to look out for and avoid it on your hunt. 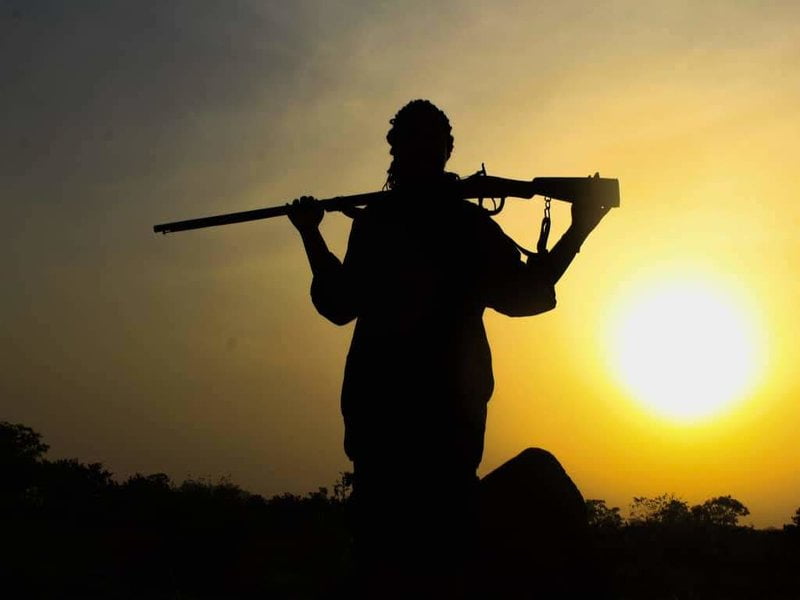 Hunting is rife with danger throughout the world, but I believe that this combination of nature’s beauty and that inherent degree of risk is what keeps us all in the woods, season after season. I also believe that one of the best ways to preserve our cultures – whatever that may be- is to share our practices as often as possible with foreign visitors and I do this as much as I can. Not only does this help someone understand a little bit of your world, brushes like this with indigenous helpful practices remind us all that there is more to hunting than adrenaline rushes or the promise of a gamey snack. There is living tradition; there is a wealth of knowledge passed down through the years.

But much more than all this, there is nature and life.  And we already have the basic tricks to make the most of both.