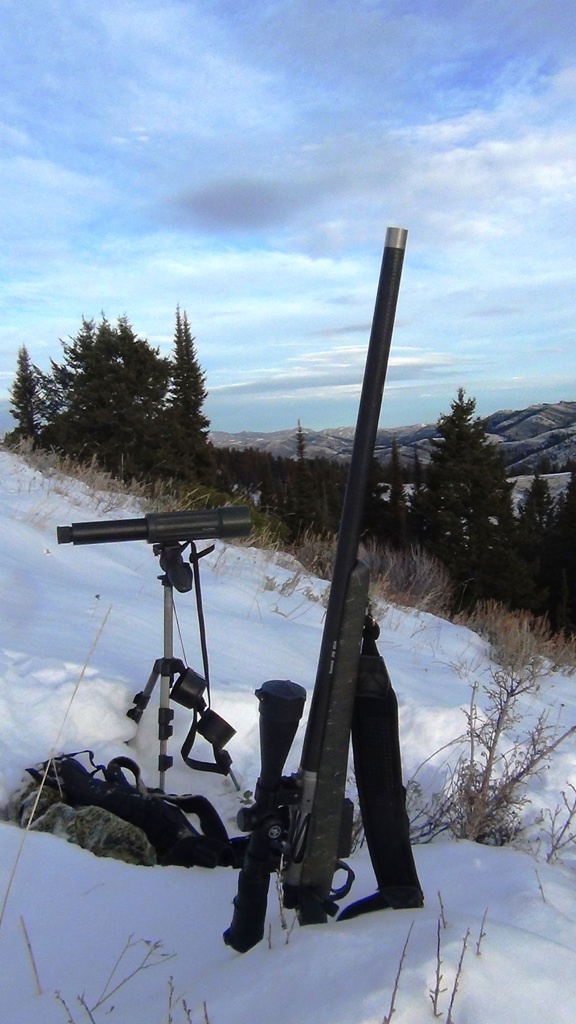 It’s day six.  I was up at 4:45 to saddle the horse and grab a quick breakfast and coffee.  The weather report says a big storm is coming in less than 36 hours and could dump up to 10″ of snow at the elevation I’ve been hunting.  With a solid foot on the ground now, I know this will be enough snow to push the deer out of here. Besides that, I might not be able to get camp out to the main road as even now I’m chained up on all fours and can barely get around.

On the heels of the storm are some very cold temperatures- highs only in the teens with below zero at night! Great conditions if I can stay with the deer and have a good enough camp to recharge every night.  Because I’d done so much glassing the last five days, I could see some lower-elevation country about four miles away where a few deer were starting to show up.  I’d need to hunt that country but the only way to do it was pull my road camp and pack a horse camp into that country.  I’d lose a morning and evening of hunting, but it was worth the gamble with the storm approaching.

As I set out on Charlie in the dark today, I knew it was my last morning in the area.  If I kill a buck, I’ll have to get him out before the storm hits.  As mentioned in yesterday’s video, I’m setting out for a mountain I’ve only glassed from several miles away but where some deer have shown up in the last few mornings. Maybe I’ll find a buck I haven’t seen yet.

As you saw in the video, I was a nervous wreck passing that buck up.  I’d only got a few glimpses of him (notice that even during the rut the big bucks are in and near the timber and brush).  At first, I thought he was pushing the 190″ non-typical mark but just couldn’t be sure so I held my fire.  Later back at camp, I reviewed the video carefully.  I could see that my suspicion that he wasn’t very wide was correct.  Although he carried around 8 points per side, he was only out to his ears, so in the 24-26″ range.  His gross score was probably closer to 180″.  While he’d be a dandy on the last day, I slept well that night having passed him up.  I still think I can do better.

Stay tuned as the next 24 hours brings a camp move, a big storm, and my secret weapon when I’m in a pinch- Dad! 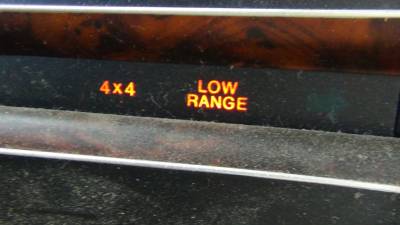 Win a Vortex Diamondback 3-12 x 42 with BDC Reticle (1-inch tube.) Click here and scroll down to read the entry rules. Good luck and thanks for following. 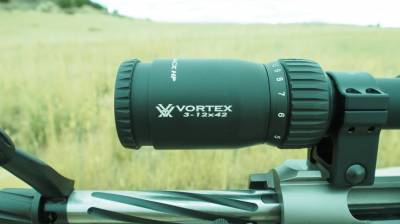 Read all about the research, gear, and techniques I use in my new book, Hunting Big Mule Deer, How to Take the Best Buck of Your Life