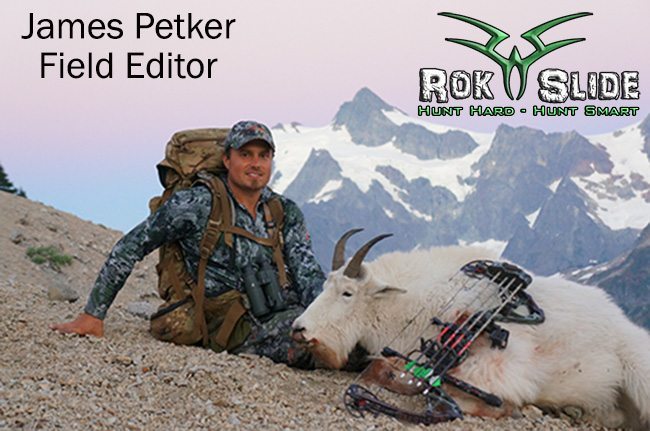 James’s mother at a young age slanderously refered to him as a Huntaholic! QUIT being a word not in his vocabulary has proven her correct year in and out.  Simply put James is addicted to the Outdoors.  Considering himself an opportunistic hunter and proficient with all weapons he annually hunts 3 to 4 states and spends upwards of 50 days afield per year while still holding down a full time job and raising a young family.  Juggling work, family, and hunting is not easy and is a year round process that James has mastered, by utilizing a strategy he calls the maximization of vacation time and putting 100% effort into everything he does!

Having hunted from the Northern reaches of Alaska, to the borders of New Mexico, he has a lifetime of adventures to share many of which he has writen about and you can even catch a glimpse of a hand full of his hunts on the Trophy State of Mind DVD.  Over the years he has taken several Record book class animals including this years new WA State record Archery Mountain Goat.  His favorite game to chase is the Black Bear, for their sheer toughness, deceiving speed, and the incredible country they live in (Hence the name Bearhunter).  Being a true backpack hunter, spending countless days a year miles into roadless forested lands has enabled him to grow a relationship with Kifaru International and a Prostaff spot with them!  He is excited about the new opportunities and what the next season holds ahead so be sure to follow him threw the testing of new gear, training, formulating plans and scouting all in preparation for the next Backcountry hunting adventure >—->
Oh ya did I forget to mention my name is JAMES PETKER….. AKA Chunky Adams