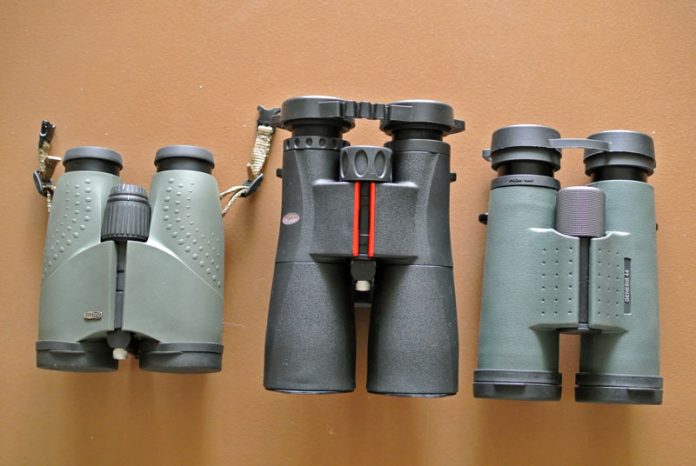 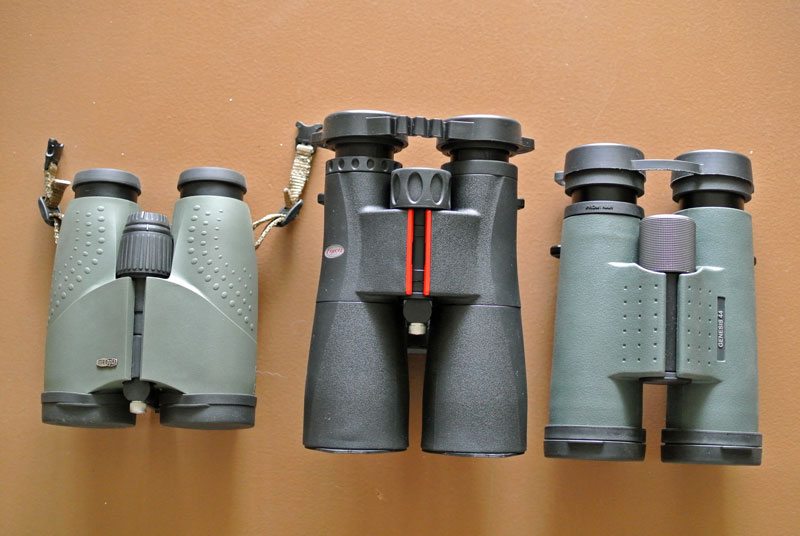 Kowa Company Ltd. Of Japan is a large corporation that is involved in a number of business ventures from pharmaceuticals to manufacturing. One area Kowa specializes in is sport optics, and they are represented in the US by Kowa Optimed, Inc. in Torrance, CA. The birding community has revered the performance of Kowa’s optics for decades, and particularly their high quality spotters. While the Kowa brand name is quite familiar to many hunters, it seemed many aren’t familiar with the brand and their reputation for quality.

I decided to try to look at these products from the backcountry hunting point of view, and found Kowa quite cooperative in sending out three instruments for evaluation. This included two pairs of binoculars including the entry-level 12X50 SV binocular and the top-of-the-line 10.5X44 Genesis Prominar binocular. Also in the box was the flagship spotting scope from Kowa, the Prominar 884 spotting scope body, and just announced 25-60 wide angle eyepiece, but we will save that for another review.

I was quite excited to look at the products and wasted no time digging into the boxes. What I found was two very different binoculars.

The fit and finish of the binocular was similar to other binoculars in its price range. That is, it was made of less-expensive materials (like a polycarbonate body), but the construction was pretty solid feeling. The focus wheel was fairly smooth and light, and I had no problems finding critical focus after adjusting the diopter. The plastic eyecups were suitably comfortable and clicked out solidly. I really appreciated the standard threaded tripod exit in this binocular, as the best glassing was done with the 12x on the tripod. The SVs were a very light for class at only 26.3 ounces and wouldn’t bend the neck too badly on an extended hunt.

Optically, the SVs were actually pretty sharp and neutral towards the center. The quality of lenses and coatings seemed better than average in this price range. I did notice some veiling glare when glassing towards the sun. Apparent resolution was good. Contrast was a little muted. The binoculars showed Chromatic Aberration (CA) throughout the field, even in the center. Overall, the binoculars provided a suitably sharp image for hunting, but the 12X50 configuration was asking a lot of the price range. I think the 10x and especially the 8x binoculars from this series would offer the best value, as those configurations don’t task the budget-oriented technology as much.

At the other end of the spectrum were the Genesis 10.5X44 Prominar binoculars. “Prominar” is Kowa-speak for the best of the best. Kowa puts their best materials and worksmanship into products that have the label, and they aren’t shy about letting you know either. When I first looked through the objectives, I immediately noticed “Prominar” was prominently etched into an interior barrel surface. I thought it was a clever touch. The 10.5X Genesis hit’s the market around $1500, and so has significant competition from lower price points (Vortex Razor and Meopta Meostar HD), as well as higher priced (Swarovski, Leica, & Zeiss models).

There is no guesswork required to identify Kowa’s best binocular

The build quality of the Genesis was top notch. It had excellent rubber armoring, multi-position removeable eyecups, a well damped textured aluminum focus wheel, and locking diopter. The Genesis is a heavy (34 ounces) and long (6.5 inch) binocular. They feel solid in the hand with shallow thumb grooves. I found a feature at the objective that was quite welcome: threaded barrels. A hunter could use camera filters or even a screw-on objective cover if they so chose. I could see putting UV filters on for a hunt and leaving objective covers at home. However, I also found a lack of a feature: a standard threaded tripod exit. This was surprising, as it seemed it could be integrated into the design rather easily.

The Genesis comes with the expected nylon case, lens covers, and strap. All were suitable, but the simple plastic rain guard seemed spartan for this class of optics.

Optical performance of the Genesis was very good. Centerfield apparent resolution was outstanding, and it was obvious my eyes were the limiting factor. Kowa employs ED glass in their Prominar products, and it shows as CA control was excellent in the center of the image and good towards the edge. The FOV was a fairly wide 324 ft./ 1000 yards, and the depth of field was good, as I didn’t find myself constantly refocusing. One nitpick I had was the sweet spot was perhaps 50-60% of the FOV, and not quite as wide as the Meopta I had next to it for much of the evaluation. Distortion was very low, with just a little pincushion visible. I did not experience distracting rolling ball with the Genesis. I did seem to notice that extra 0.5x magnification when glassing as objects looked slightly closer through the Genesis than the other 10x binoculars I had handy. The Gensis handled flare and stray light very well.

The Kowa SV 12X50 binoculars have the quality and performance to match their modest price tag, and while field-worthy, I would suggest the buyer look at lower magnification binoculars in this price range.

The 10.5X44 Kowa Prominar is a high-performing, superbly constructed binocular I would gladly use on important backcountry hunts. Downsides include the size, weight, and lack of easy tripod adapting. The threaded barrels are a great addition rarely found on binoculars to protect the lens and opens the door to convenient and useful accessories.