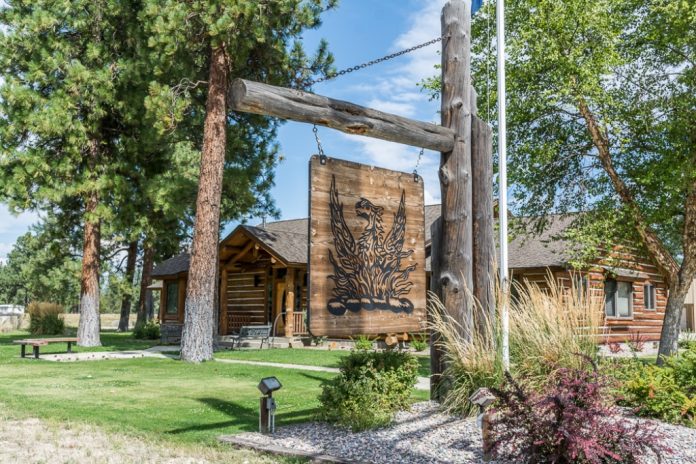 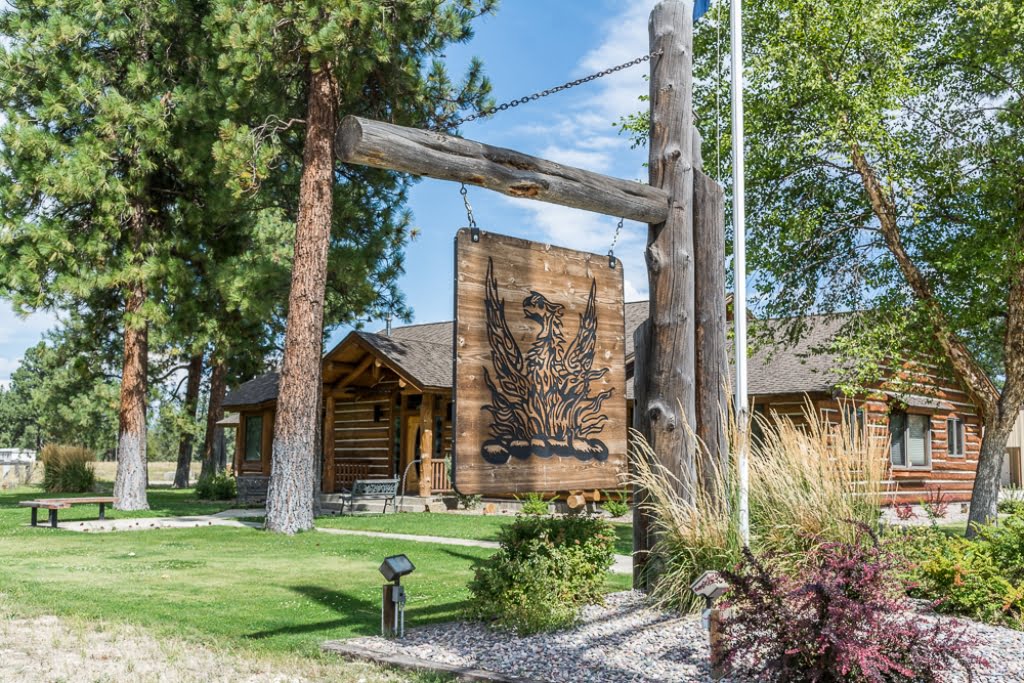 Living in the Bitterroot Valley, I am no stranger to Cooper Firearms of Montana, Inc.. Cooper has held a strong reputation for making rifles that are both remarkably beautiful and accurate since the company’s founding some 25 years ago. Starting with high end rimfire and smaller centerfire cartridges, the company moved on to big game calibers over the last few years. I met with Glenn May of Cooper Firearms in their new, larger facility just south of the “Wye” on U.S. Highway 93 in Stevensville, MT. By appointment, visitors are greeted in a beautiful log building.

Glenn was a bearded, smiling, affable sort of guy with an obvious love for his work, which includes gunsmithing and customer service. As we worked our way through the facilities, I was amazed to see the step-by-step process with which Cooper Rifles were made by Cooper’s team of 40 or so employees. 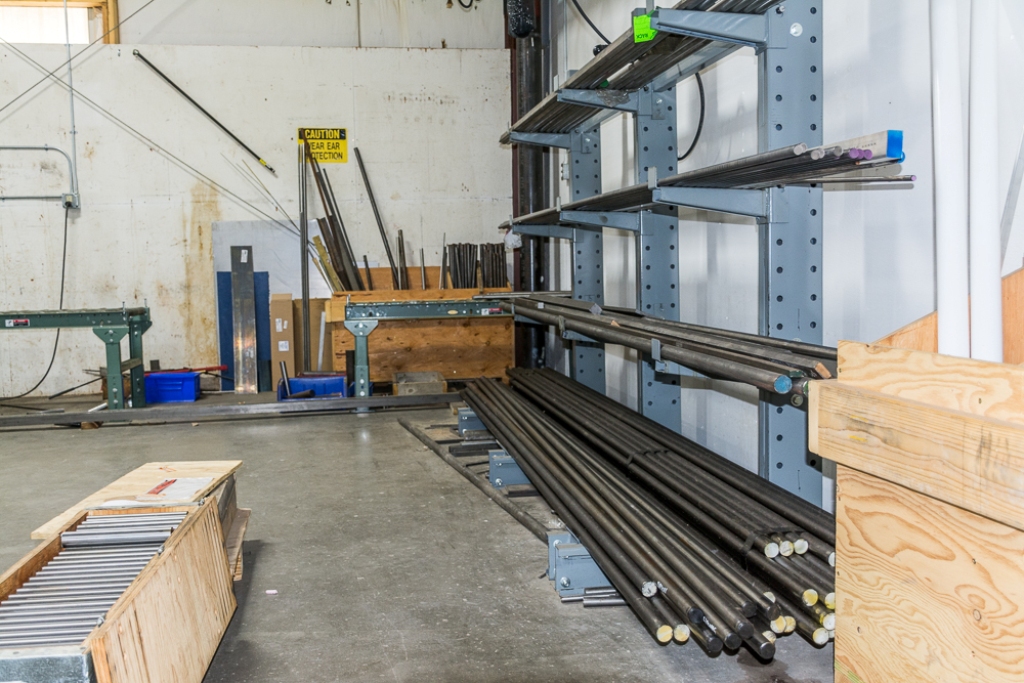 Actions start out as bars of steel 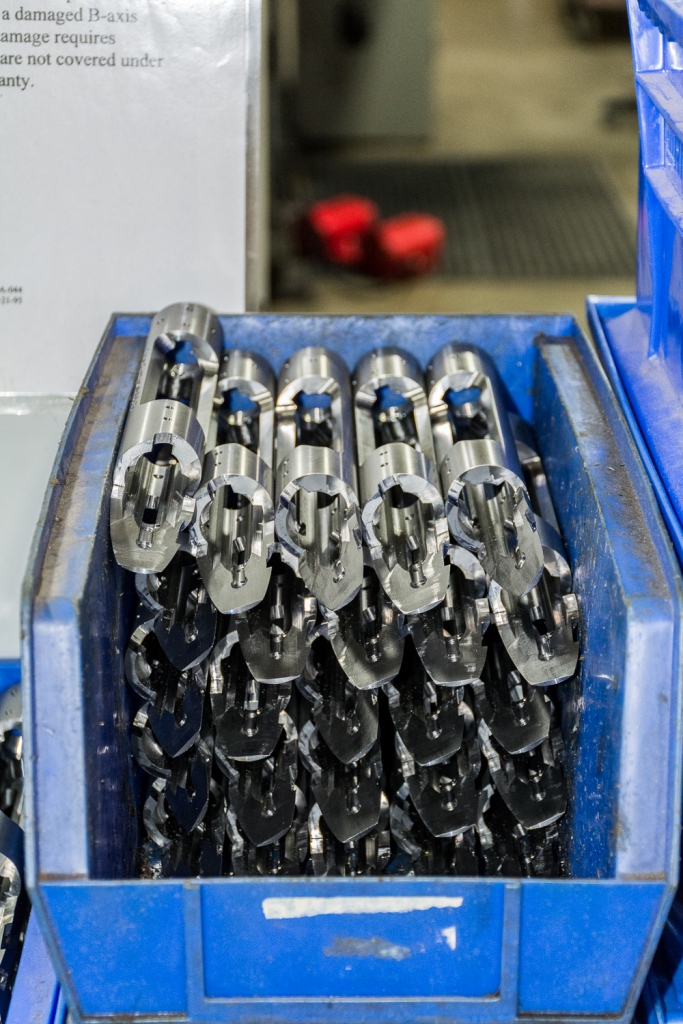 Nearly everything in a Cooper Rifle is made or worked on in-house. Cooper mills their own actions, bolts, bottom metal, and even triggers right there in Stevensville. The barrels are brought in as match grade, air gauged, lapped barrel blanks from Wilson Arms of Connecticut. All barrel modifications are done by Cooper. This includes cutting, crowning, threading, fluting, or even conversion to octagon. Each of the octagon barrel’s faces are painstakingly hand polished. The removable magazines are suppled by a machinist out of South Dakota. Barreled actions are fitted by hand. 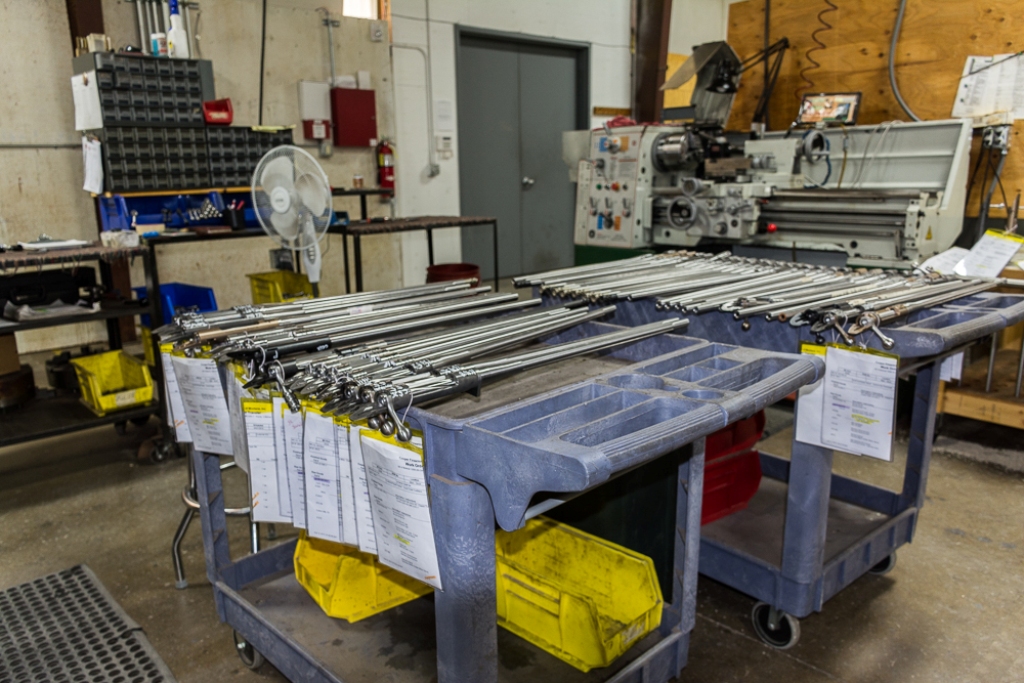 Each barrel is precision fitted to the Cooper action

Wood stocks are all made in house. Many types of wood were in the racks of stock blanks from base model walnut to elite (and expensive) options. Once the blank is chosen, it is cut, sanded, hand checkered, and finished by skilled technicians.  The result is a true work of art. 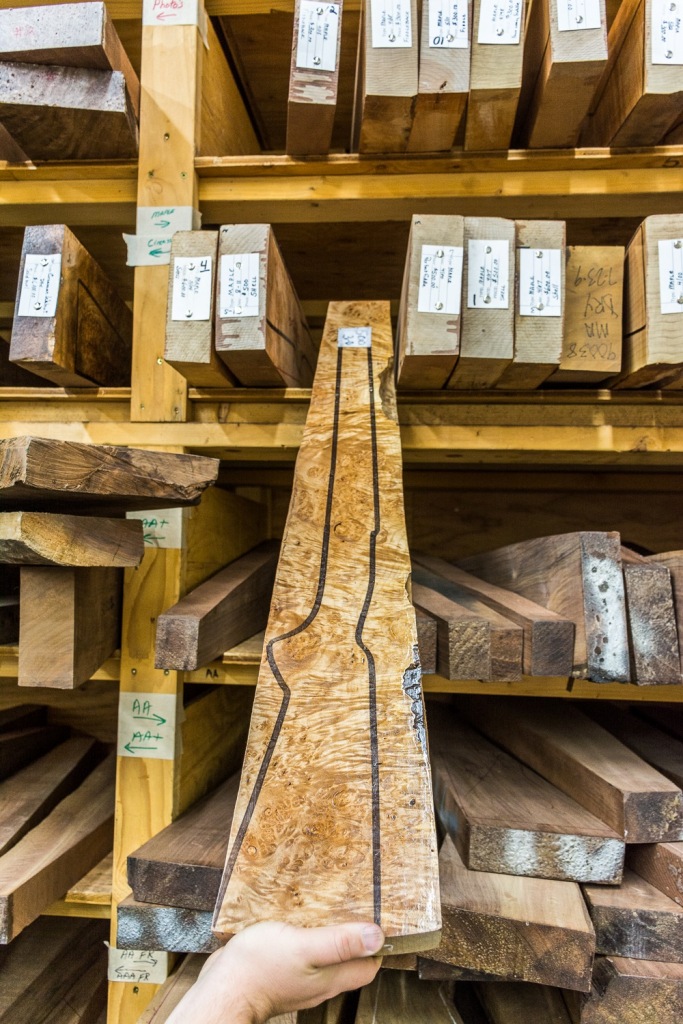 A variety of woods are available to the Cooper customer 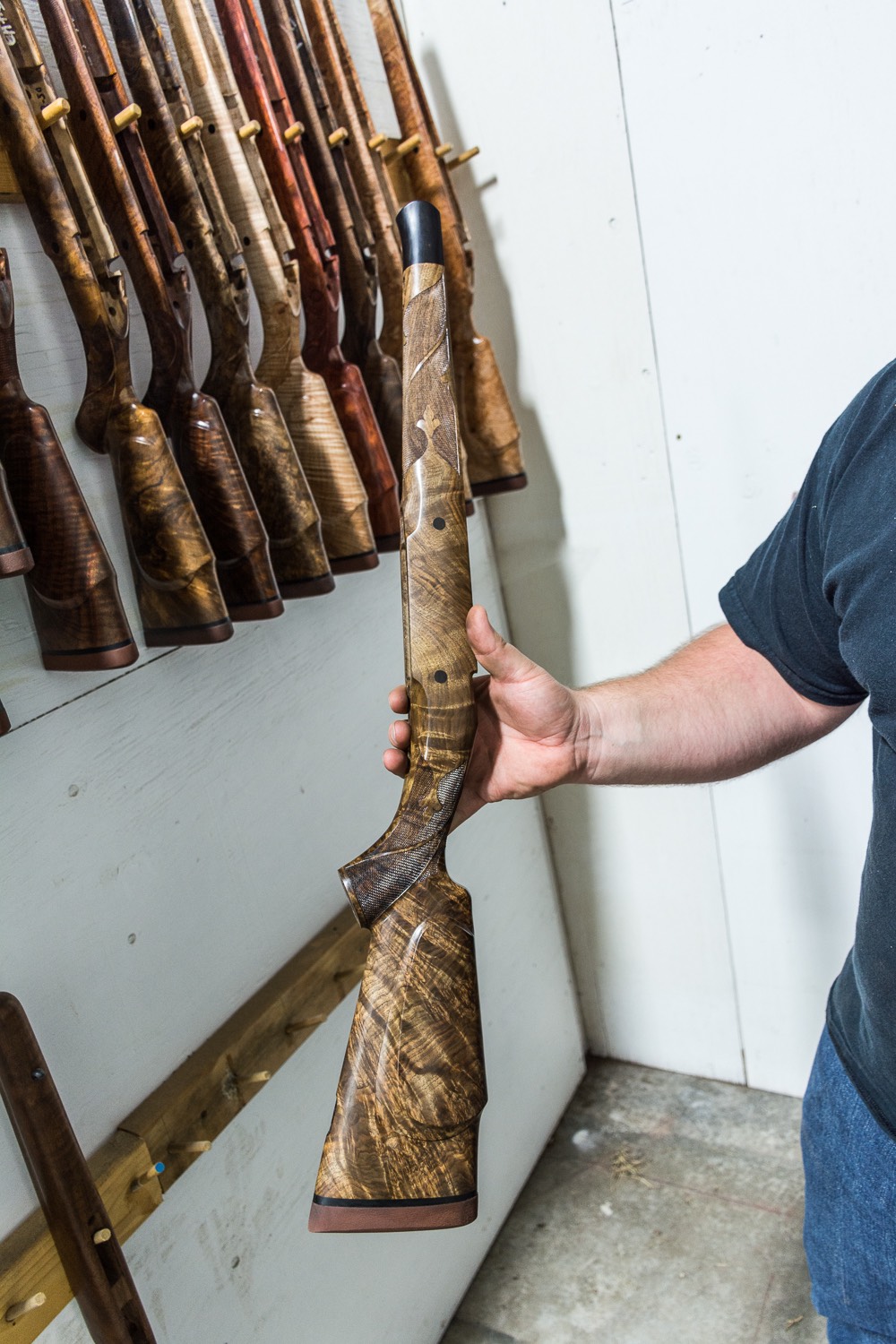 Cooper turns the blank into a work of art 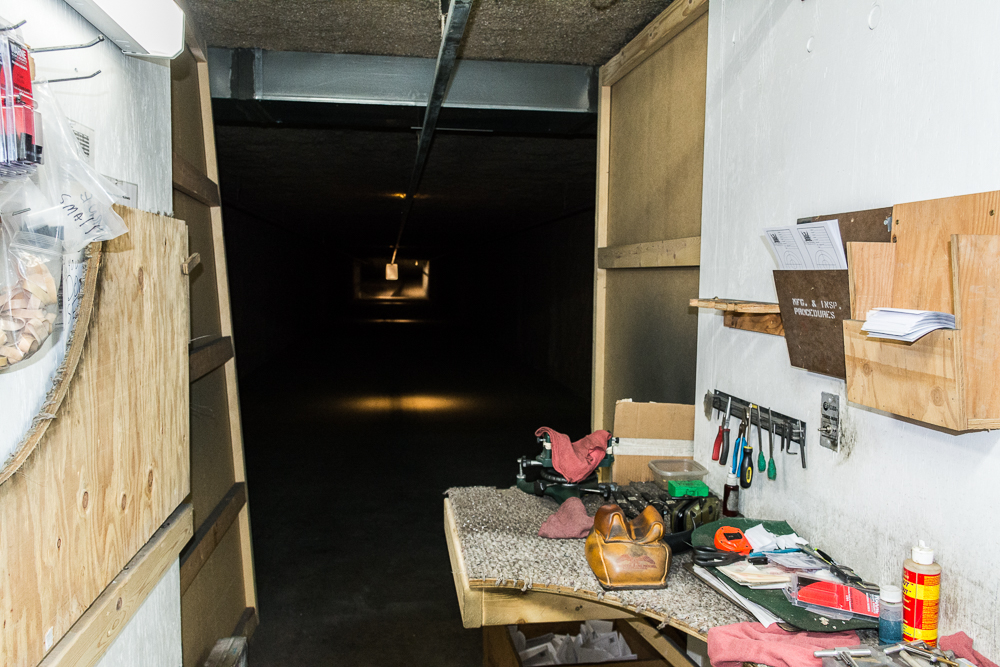 Cooper’s indoor range where every rifle is accuracy tested 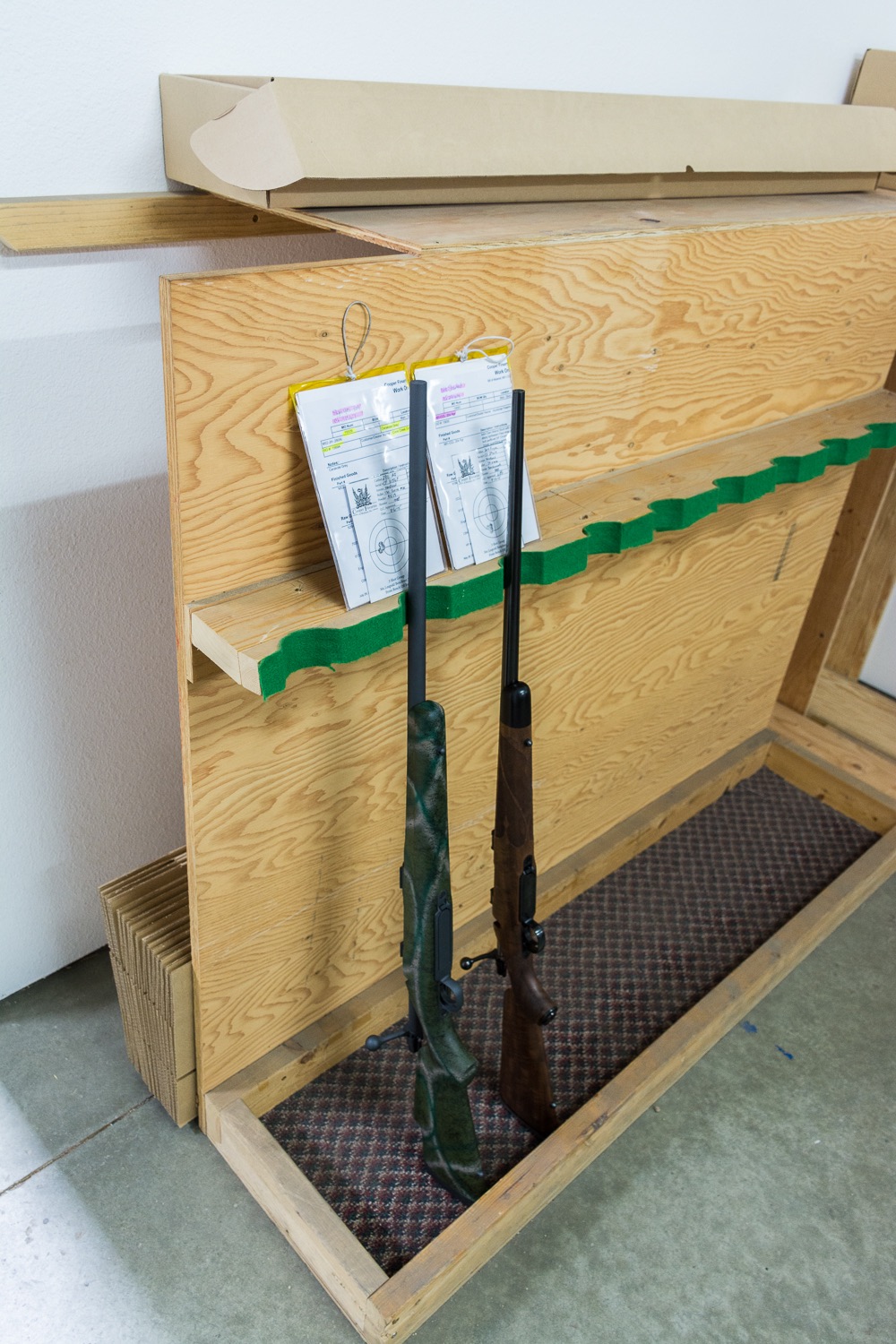 Rifles ready for packaging and shipping with test target attached

After the tour, I was pleased to take home the very same Cooper Model 52 in 7mm Remington Magnum Robby Denning tested and hunted with in the 2014 season. (You can read Robby’s detailed review here: Cooper Excalibur— A True Shooter) Why would we retest the very same rifle that already proved itself?  Robby and I agreed that different guys are going to approach every rifle differently, from scope selection, bullet preference, target species, and more.  Finicky guns don’t allow flexibility as a hunters goals change.  Robby hunts only mule deer, but I’m known to chase elk, deer, antelope and trophy draw species.  Just because a gun performs for one hunter, can that very same gun perform for another hunter with different needs and expectations?  We decided to find out.

I mounted a 4-12X50 Swarovski Z3 scope in Talley lightweight scope mounts. Robby Denning had outstanding accuracy out of this rifle, so I had high hopes for it. A quick trip to the range provided easy verification the 52 is an accurate rifle. Shooting for 100 yard groups with a 200m fixed parallax scope isn’t always the best practice, but still an old standby load of 160 grain Accubonds over H1000 grouped into a tight 0.645 inches at 100 yards in my first group attempt. Not too bad of a start! Keep in mind, this is prior to any “tailoring” of the load to the rifle. I think that just a little bit of seating depth adjustment should shrink groups down sub 1/2 MOA relatively easily. 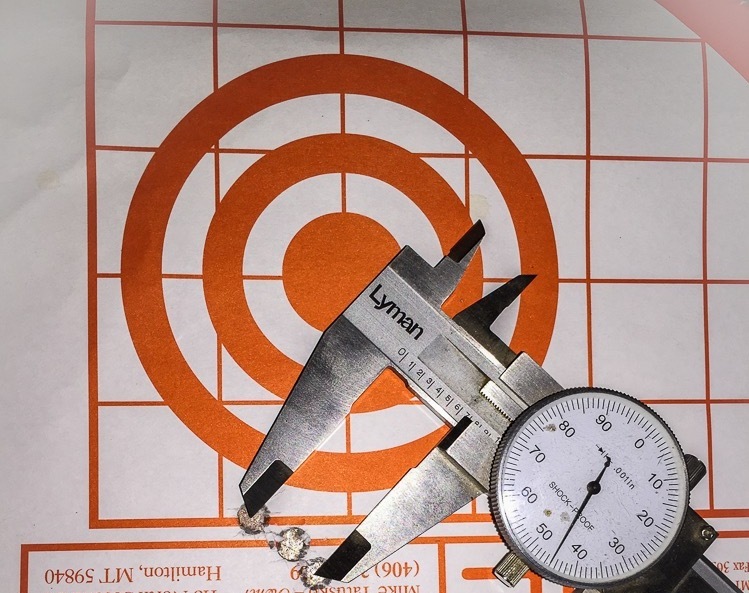 The author’s first group out of the Cooper model 52

The Cooper 52 is clearly a beautiful rifle and great shooter, but the real test, of course, is in the field, and aiming at fur rather than paper. I can’t wait to get it out there and report back to Roksliders.

Cooper rifles are available through their licensed dealers. The Excalibur trim models like I am testing start around $2200, and go up from there depending on options. All of Cooper’s models (including the new muzzleloaders!) get the same high end manufacturing attention.

You can discuss this article or subscribe to this series here