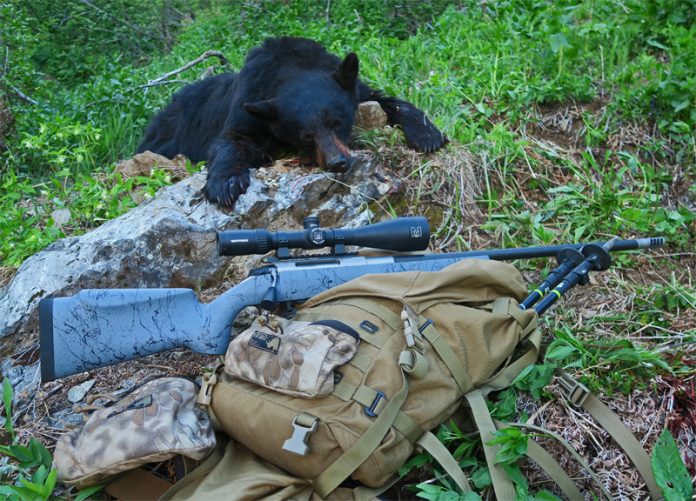 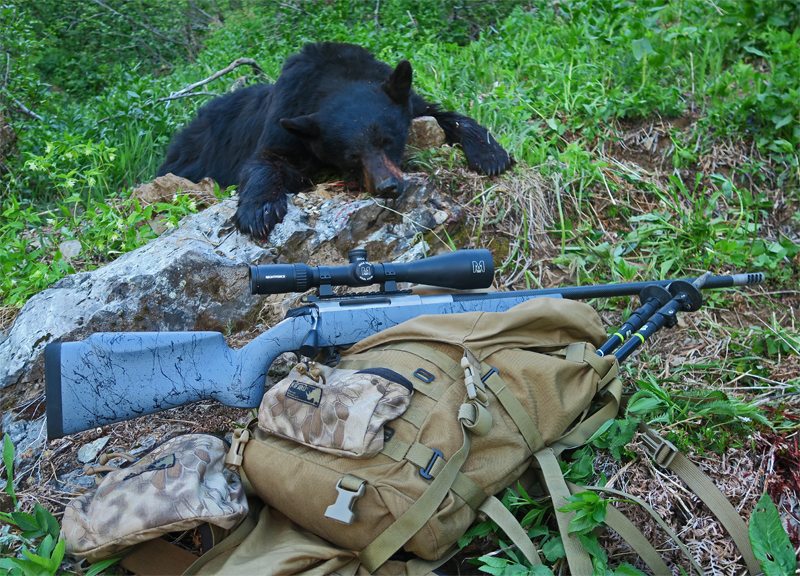 The name, “SHV” Shooter, Hunter, Varminter, speaks to the versatility this scope offers. Designed in collaboration with Bob Beck from Extreme Outer Limits, Nightforce has brought a great option to the budget minded hunter or shooter.

The 4-14x gives the hunter/shooter a good magnification range for a wide array of shooting scenarios. The 56mm objective lens creates a very bright sight picture, and works very well under low light conditions. With covered windage and elevation turrets, the hunter gets piece of mind that the scope will stay zeroed while dragging the rifle through brush.The turrets themselves provide good grip, even with gloves, which is important for a rifle hunter who dials elevation corrections.

The power adjustment ring also allows for easy adjustment with or without gloves. The MOA1000 reticle is well thought out and has everything I like in a long range reticle without too much clutter. As a final touch, the scope has an easy to reach side focus parallax knob on the left hand side.

For this review, I mounted the scope using Xtreme Hardcore Gear’s Picatinny Rail on a custom .300 win mag. I started out sighting the scope in at 100 yds. Since I dial my elevation corrections, I zero all my hunting rifles at 100 yds. At the range, the scope was bright, and clear and zeroed easily due to accurate adjustments. It only took a couple rounds to have it right where I wanted it. I shot a bunch of groups at my 100 yd. range while doing load testing, and the scope held zero without a problem, as expected.

After I had a satisfactory load figured out, I took the rifle into the hills for some long range testing. The first place I took it was a spot where we shoot quite often, and can shoot targets from 550 yds. to about 800 yds. On that day, we were shooting 640 yds. The scope performed flawlessly as I dialed corrections, and shot the rifle and scope at distance for the first time. Since then, I have tested the scope out to 1620 yds. where it dialed exactly where it was supposed to. Since the scope had passed all the tests I threw at it with flying colors, there was only one test left. Prove it in the field. On a recent Idaho spring bear hunt, we had just the opportunity I was looking for.

My buddy Brock Akers and I were set up on a basin where we could glass from 300 to 1600 yards. The sun had started dropping behind the tall peaks as we glassed with about an hour of shooting light left. All of the sudden Brock says “I’ve got a bear across the basin”. He pointed me in the direction of the bear which was feeding in an avalanche chute. I spotted the bear and got the spotting scope and camera set up on it. Brock would be the shooter.

I ranged the bear at 665 yds then quickly input the range and conditions into my ballistic calculator. Brock dialed the Nightforce 10 m.o.a. to correct for the bullet drop at that range then settled behind the rifle. I told him I had the video rolling.  He patiently waited for the bear to present a good shot. The bear stepped out in the open, perfectly broadside, and Brock sent a 215 Berger perfectly through the vitals. The bear took a few quick steps then tumbled down the chute about 50 yds. He didn’t move again. 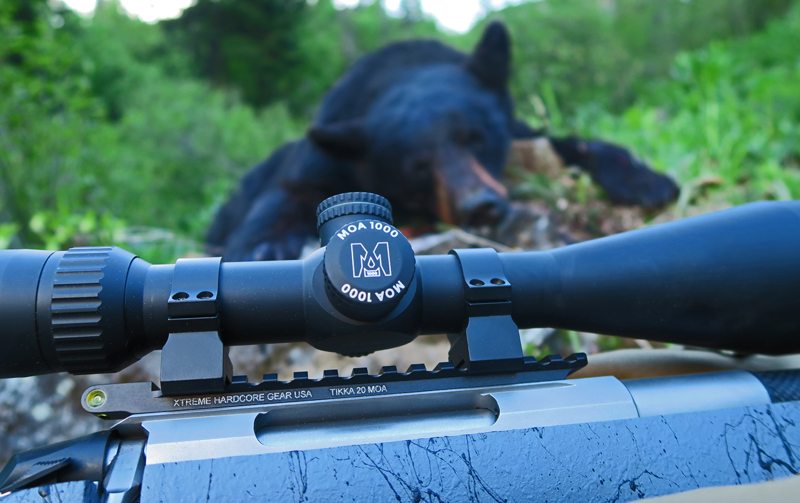 Taking animals humanely at long distances requires equipment that is accurate and reliable. The Nightforce SHV exceeds these requirements.