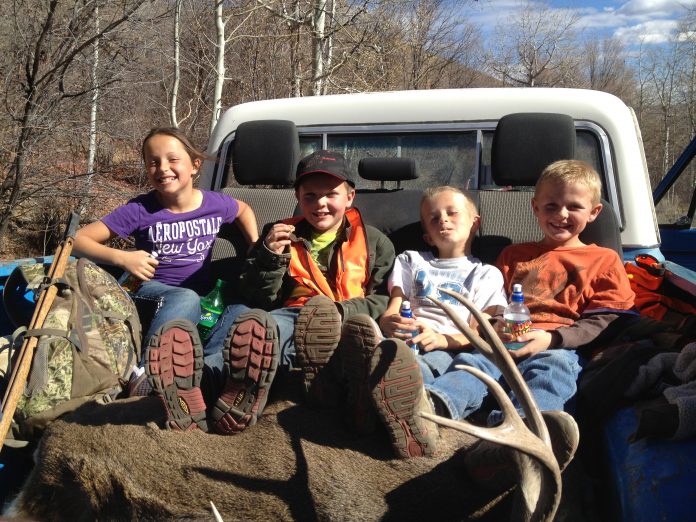 My passion for hunting runs deep. Need proof? Well, I’d rather be hunting than opening Christmas presents, my favorite place to shop is a sporting goods store, camouflage is my favorite color, my ring tone is an elk bugle, I ask for a gun at every gift-giving opportunity, and when we see a deer grazing along the road, the first thing my daughters say is “Shoot it Mom!”

Growing up, hunting was a huge part of what our family did and I loved every minute of it. I loved the night before the deer hunt when we’d sharpen the knives, tell stories, and plan out where we were going to go and what time we’d leave. We’d load up in the truck before daylight and spend the whole day roaming the hills looking for a buck, eating fun treats and enjoying time together. Today that’s something we hope to pass on to the younger generation in our family. 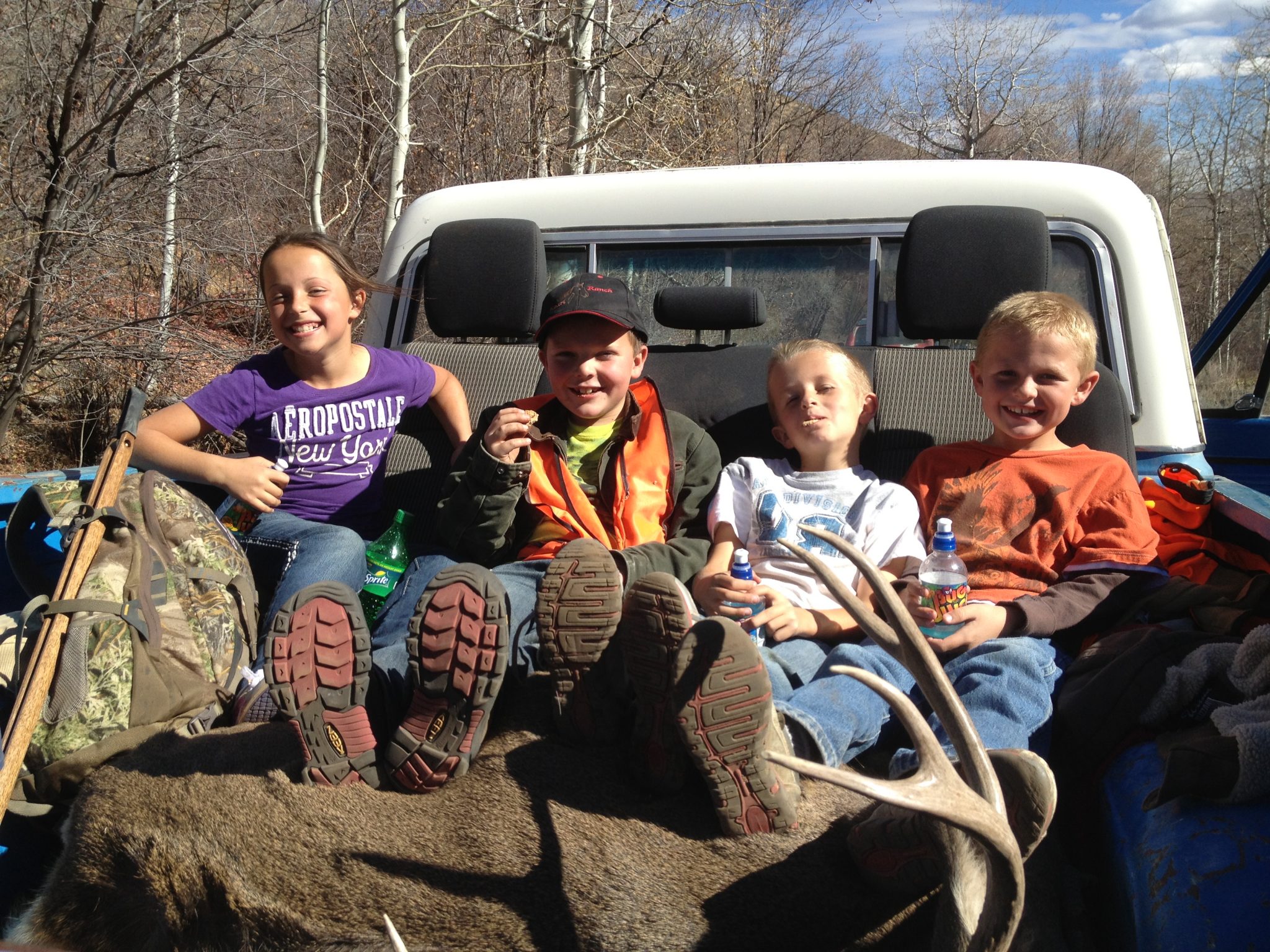 I remember when it was my oldest sister’s first year to hunt. Dad was out of town but that didn’t stop my Mom. She knew where a small buck was hanging out by the river in the willows. She loaded up my sister and the .243 and away they went. They tagged out, just the two of them! I was disappointed that I had to stay behind but I was so excited and proud that they had proven the girls could hunt just fine on their own. My Mom’s family was also big on mule deer hunting. I never had the opportunity to hunt with them but the pictures and the stories inspired me then as they still do today.

One of my favorite dates with my husband was when he took me hunting. At the time, we were both working for the same boss who was an avid hunter himself. To this day he still teases that I married the first man who got me a deer! At least I had my priorities straight back then! 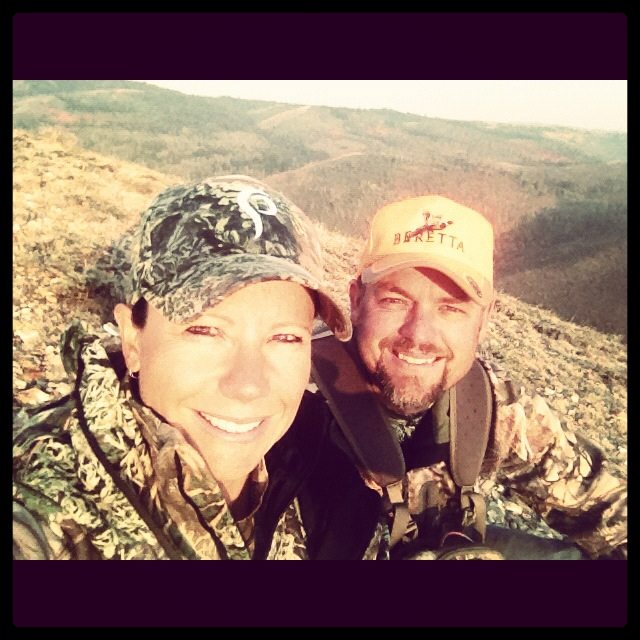 The next twenty years were filled with marriage, kids and many twists and turns. Along the way hunting took a backseat… Every year when fall would roll around and I wasn’t chasing mule deer, I was resentful, jealous, pouty, and generally just a little pissed off.

This year I’d finally had it with the old “let’s just jump in the truck, take a gun and maybe we’ll see something,” routine. I decided this was my year to hunt mule deer and nothing was going to stop me from setting aside time to make a real hunt of it.

As luck would have it, I met David Long and together we put together the Mule Deer Project for Rokslide. It was a dream-come-true for me. The goal of the project was to use the knowledge of the Rokslide subscribers and staff to help transform a rusty deer hunter/novice bowhunter (ME) into a lethal predator with a real chance at success. With my new goal in mind I started preparing with hopes of elevating my hunting experience to a whole new level. Planning for any hunt requires analyzing and considering multiple factors such as location, weapon choice, season, gear choices, experience level, fitness requirements and more.

We determined location and possible hunting partners first. In June, I learned that I’d drawn a Colorado archery deer tag and David was planning to help. After that was settled, we started assessing my current equipment, determining what would work, and what would needed to be replaced. Researching gear, contacting manufacturers, and just plain taking the plunge. It all resulted in an exciting and honestly stressful task. Fitness level became a fun and exciting day-to-day challenge. With the help of many Roksliders, I was being pushed hard and molded into a better hunter. The work was paying off.

I met David and Rokslide archery equipment guru Evan Williams in Colorado Springs to set up my new bow. Evan is an outstanding bow technician and he had my bow dialed in and set perfectly for my draw length in no time. I used a Mathews’ bow with Easton Axis .600 arrows, a G5 sight, Shaffer Rest, Tight Spot Quiver, and a Carter Honey release aid. 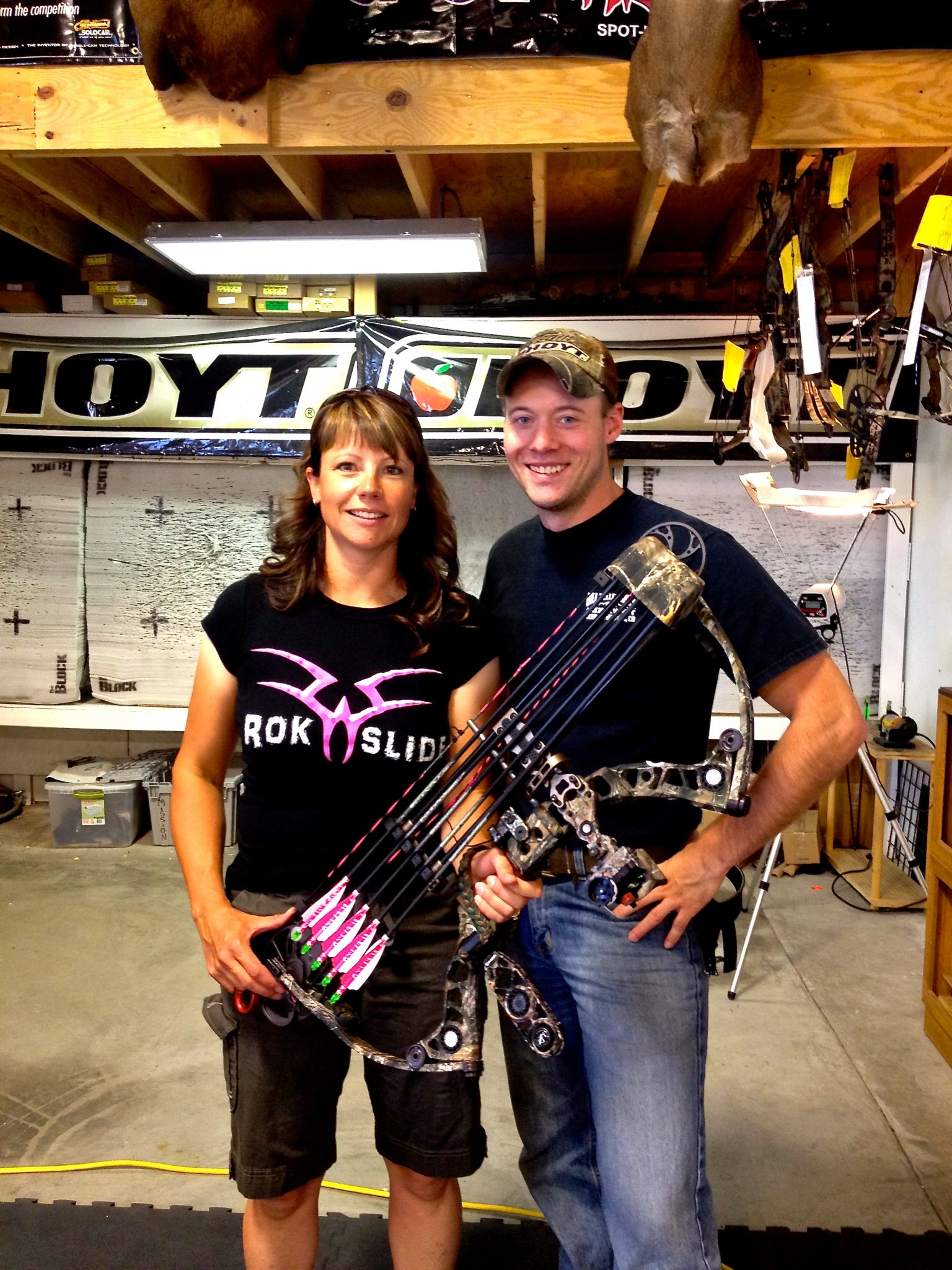 Rokslide Senior Editor and Professional Archer, Darin Cooper stepped up to offer coaching sessions to help me make the most of my new archery tackle. These sessions became an integral part of my preparation and I learned so much from him. Frankly, I couldn’t have accomplished all I did so quickly without his help – Thanks Darin!

By early August, everything was coming together and my excitement was building. Then, as is often is the case with the best laid plans… Bad news came. The schedule of day-to-day life and the logistics of the hunt weren’t going to mesh this year. Regrettably, I had to make the decision to scrap my Colorado hunt.

I was now back to square one and I needed to come up with a new plan fast. I was tempted to just spend another hunting season at home licking my wounds, but I knew I couldn’t do that. I had a real obligation to The Mule Deer Project followers, the sponsors, the Rokslide staff, and to myself.

Bowhunting in my home state of Idaho was the most logical option so I contacted Rokslide Mule Deer Editor Robby Denning who owns a scouting and guide service not far from my home. I placed the call in hopes that he could at least give me some direction. Things started rolling and thanks to him and some other Rokslide staff, we were able to put an Idaho archery hunt together and The Mule Deer Project was back on! In a few long days, I went from complete disappointment to elation. I was going hunting!

If you were able to follow The Mule Deer Project and the Game On Live Hunt, then you know what a great time Robby and I had and how much I learned. If you didn’t see those threads, check out the links!

I think the single most valuable lesson I learned was the importance of quality optics and glassing techniques. You can’t shoot ‘em if you can’t see ’em! Being able to see the deer is a necessity and good quality optics make that so much easier. Knowing where to look for deer at different times of the day will also greatly increase your odds of seeing them. 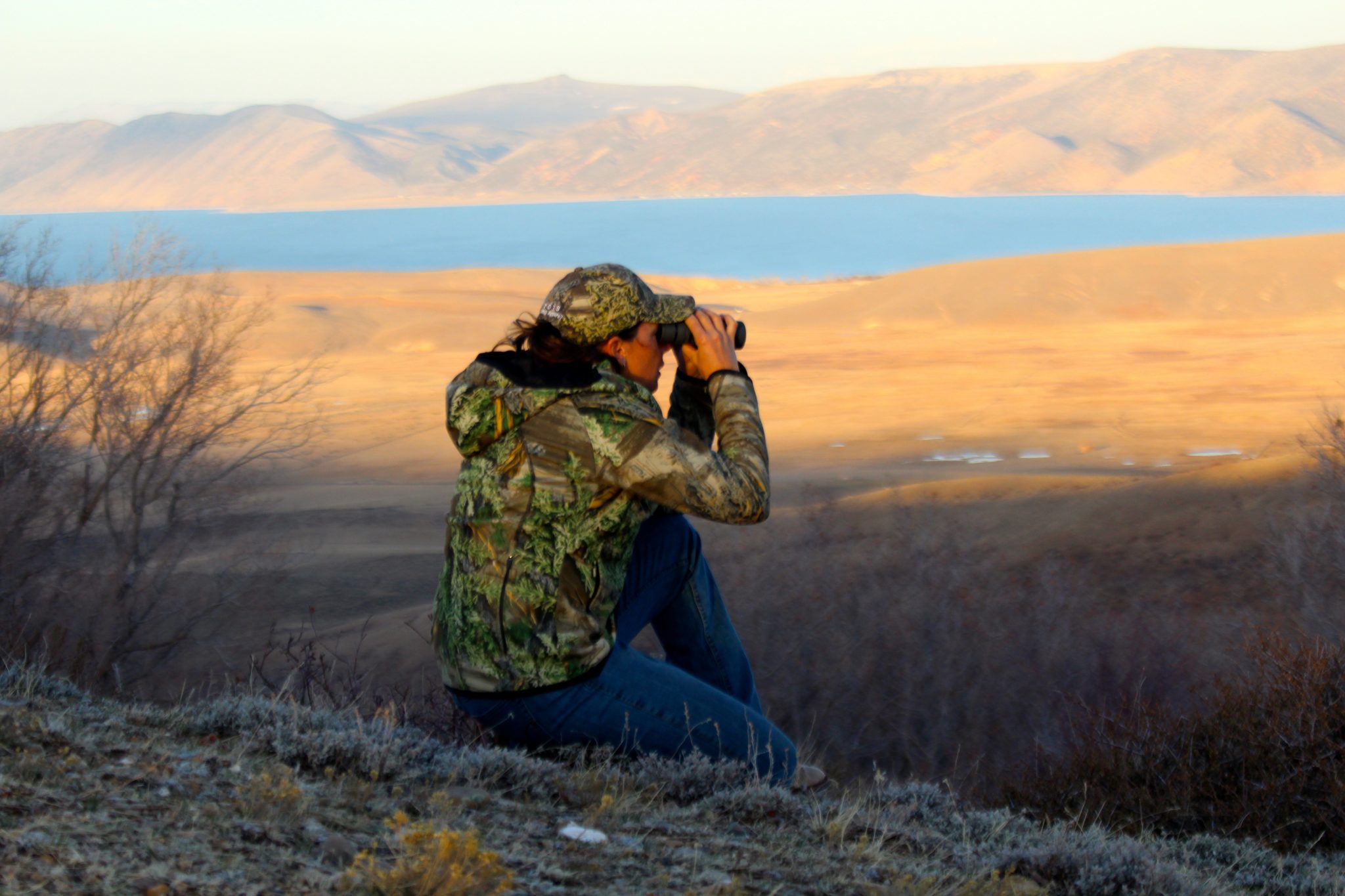 For my Game-On hunt, I used the Vortex Razor HD 10×42 binoculars and the Razor HD 20-60 x 85mm spotting scope. They made glassing in early morning and late night effective. A great example occurred on day two of the hunt. Robby and I we were working our way to the top of the mountain before daylight. I kept seeing Robby glassing the dark ridges above. I hadn’t been using my binoculars yet as it was still virtually dark. I thought that I wouldn’t really be able to see anything but decided to give it a try. Wow! I was shocked at how well I could see. A few minutes later I lucked out and spotted a bachelor group of bucks crossing over a ridge that Robby hadn’t seen. That changed our plan for the morning and helped us strategize for the rest of the hunt. Had I not spotted that buck, we may have gone over the ridge bumped the entire herd out of the area. I was a believer, and from then on, I used my glass religiously in low-light conditions to extend my productive hunting time. 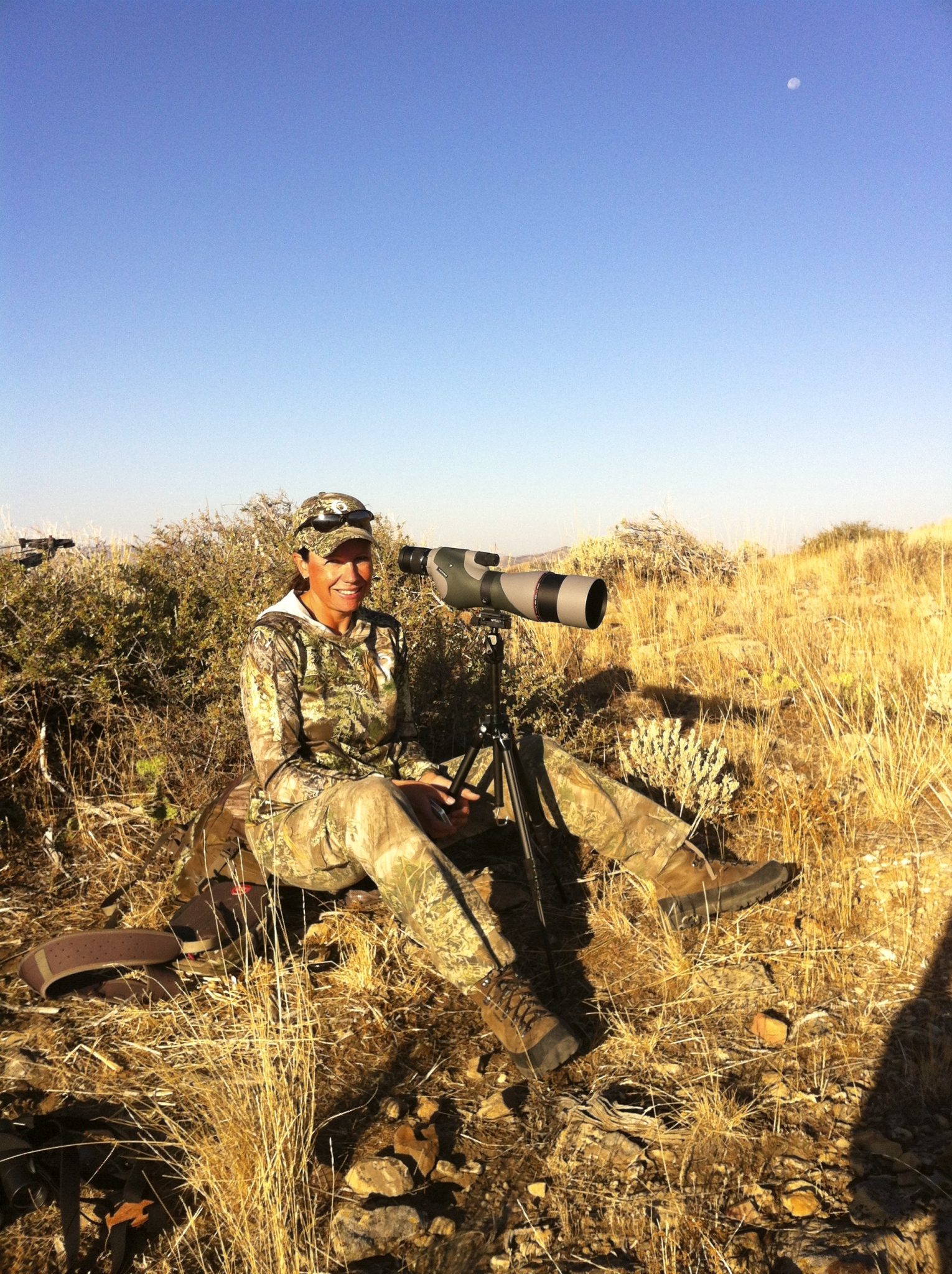 I had a blast hunting with Robby, but I wasn’t able to harvest any of the big bucks we were fortunate enough to see on the trip. I wasn’t ready to give up on my quest though. My husband, Nick, and I had also drawn Utah rifle tags in a 4-point or better unit. The last time we seriously hunted mule deer together was 20 years ago when we were dating. With the Mule Deer Project and Game On live hunt behind us, we looked forward to getting back out hunting together for mule deer with our rifles.

I spent many hours after the bowhunt scouting our hunting area knowing it would give us an advantage once the rifle season opened. I learned the deer’s patterns, bedding areas, travel routes and routines, the best glassing vantage points, and just how to approach and get around in the area.

Opening morning found us glassing from a vantage point at first light. I spotted a good buck in the gray light of dawn. Nick decided that he’d take him as soon as he offered a good shot since we were already in shooting range of the buck. Nick made a great shot and harvested his best buck in several seasons hunting the area. We made easy work of opening morning thanks in large part to everything I learned preparing for the Mule Deer Project. 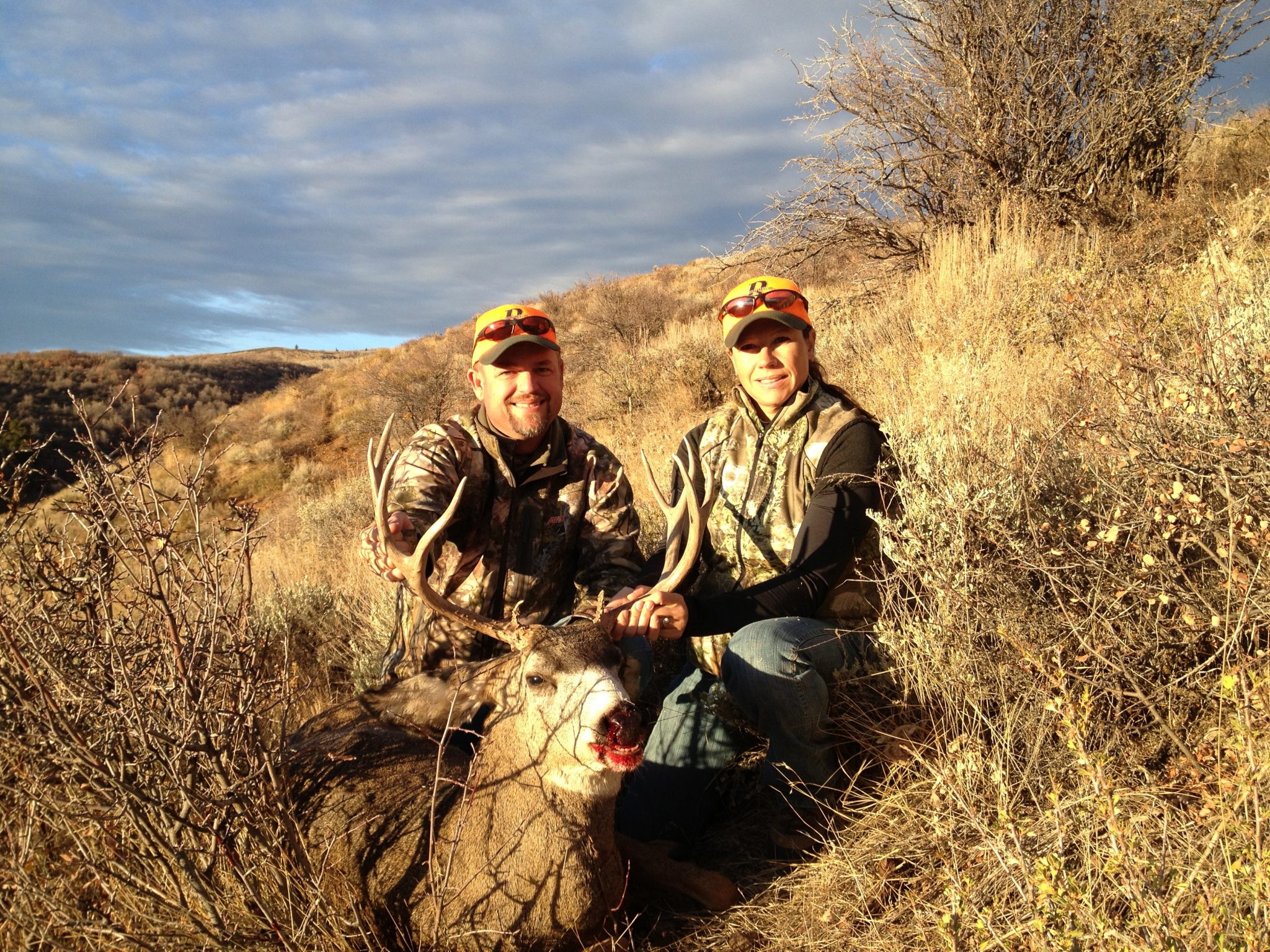 In the next few days the weather went from warm and dry to cold with deep snow. Our hunting strategy changed accordingly. It was the first time that I had hunted in the snow and I loved it! It was cold and challenging but the ability to see and track game was greatly enhanced! We hunted six days in all and I was able to tag out on a nice buck as well. 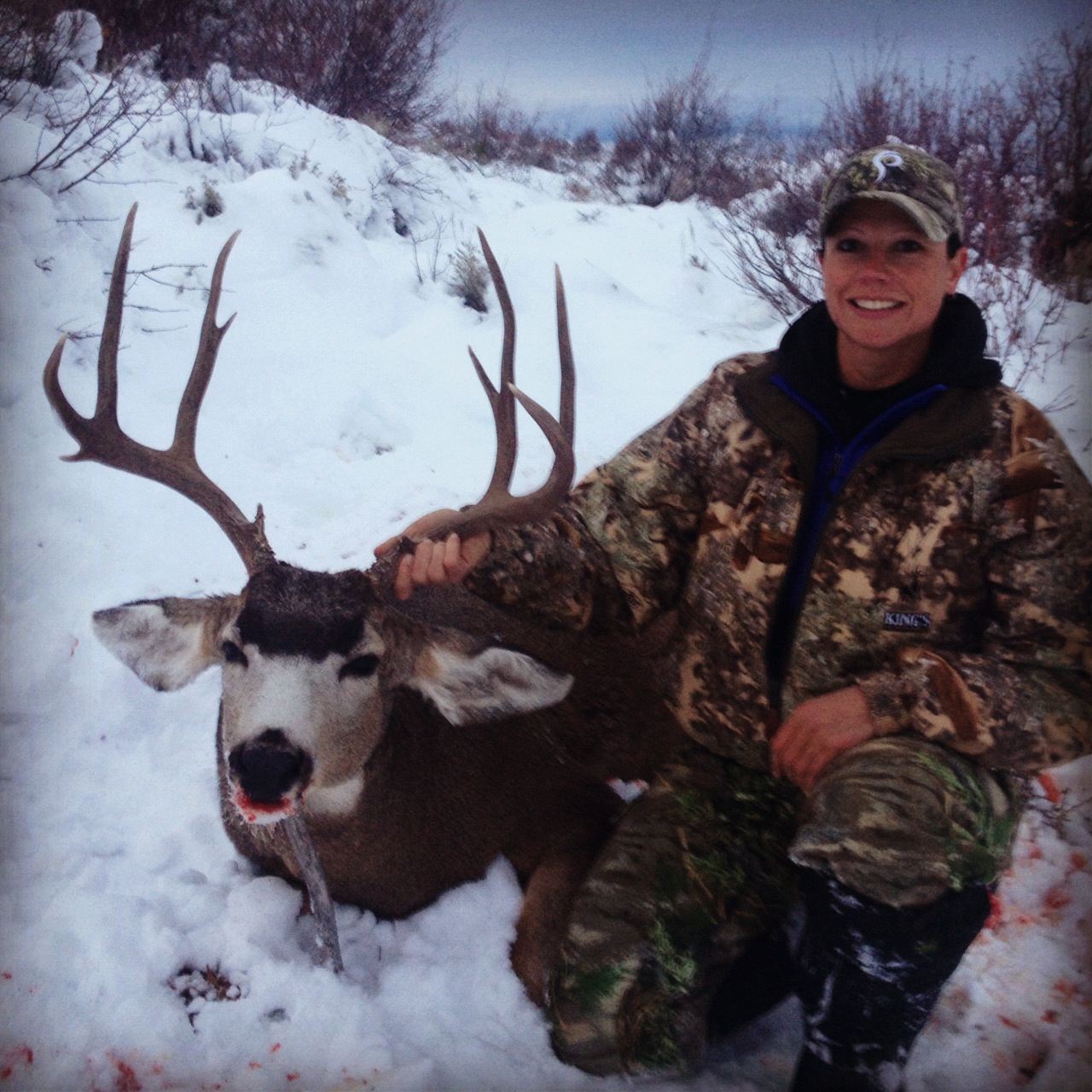 I learned many things this hunting season about high quality hunting gear, archery equipment, shooting technique, mental preparation, mule deer behavior, hunting tactics, fitness preparation, gear research and selection, glassing techniques, scouting, camp environment, and Live Hunts to name a few. However, the most valuable things I learned were about me and the generosity of other sportsmen.

I rediscovered my own determination, ability, desire, grit, discipline, integrity, and faith. I found that there are still some wonderful people out there who possess those qualities and so many more. It was refreshing and motivating to surround myself with great people.

Hunting brought all this to me and for that I am so grateful. Between archery and rifle seasons, I hunted 12 days for mule deer. And just as I’d imagined, it felt wonderful to be reunited with the great outdoors and to be back doing what I love!