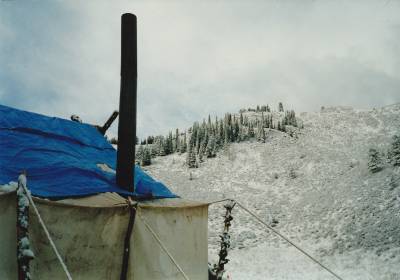 It was not an easy decision to start this blog.  I’ve followed successful hunters for decades and am fully aware that I’m making myself vulnerable to criticism, false accusations, and even hatred.

Just look around.  Many successful hunters have been tarnished by unfounded accusations, gossiping, and just plain old meanness over the years.  If he is truly an upright person, the truth usually prevails but not before great damage is inflicted.

The old adage “sticks and stones break bones, but words will never hurt me,” is a lie.  Ask anyone who’s been falsely accused or slandered.

So, you might ask, “Is Robby really squeaky clean?”

No, I’m not—and I’m here to set the record straight.

Late in my teens and up to 22 years old, I broke the law on more than one occasion.  In 1990, I shot a mule deer well after legal shooting light.  In 1991, I helped a friend fill his premium late buck tag.  By “helping”, I mean I shot the buck “for” him as he couldn’t get a shot through the thick brush.  That “help” I gave is called party hunting and is highly illegal.  I broke the law.

Now I considered myself an ethical hunter and not a poacher.  After all, a poacher shoots big bucks on the winter range, cuts off the antlers, and leaves the meat, right?  Wrong.  A poacher, according to Merriam-Webster, is simply “one who kills or takes wild animals illegally.”  That’s painful, but true.  I was a poacher, at least twice, by that definition.

Although that was over 22 years ago and my ethics have changed, they likely wouldn’t have if an unforeseen event hadn’t happened; In December, 1992, I became a Christian.

“Whoa, here comes the religion part,” you might be thinking.

Hang on, I promise I won’t beat you over the head with my faith, but you need to know where your host is coming from, who I really am.

That day that I admitted to God I was a sinner and wanted forgiveness, everything changed.  Suddenly, I saw my actions described above (and in many other areas of my life) for what they were: rebellious toward God and the laws of man—period!  Anyone who really accepts Jesus as his savior will have a similar experience.

For the next few years, I really felt that God was changing my life and, pertinent to this conversation, my views on hunting.  Suffice it to say, 1992 was the last year I knowingly broke game laws.

The greatest part, however, was that as my views and ethics changed, so did my satisfaction for hunting—it grew in leaps and bounds! It wasn’t just killing a big deer that made hunting satisfying, but learning about them and the hunt—the key to my success now.

My test came a few years later, 1994.  Most people know about Wyoming’s ridiculous law banning unguided non-residents from hunting wilderness even though backpackers, horsemen, backcountry fisherman, and berry pickers are allowed in the wilderness, unguided.

Back then, Wyoming’s Region H was a lot better than it is now.  I’d drawn a tag and legally scouted several designated wilderness areas in the summer.  I’d hunted National Forest many times but noted that there were more quality deer in the wilderness.  Although many non-residents hunt the wilderness undeterred, I decided not to hunt those bucks. Something inside me, (God), told me I could do better than that.  Once I made my mind up, I was left with really learning how to hunt the more heavily-hunted National Forests of the West.

Nearly 20 years later, I’m still blessed by that decision as I’ve learned how to hunt bucks where they’re often harder to find.  Those years of doing right added up to an ability to find and shoot big deer.  God, as He’s known to do, gave me back way more than He asked me to give up.

So here I am, the real McCoy, vulnerable to all who want to throw the first stone…but if you’re going to do that, please take a look in the mirror first.

I’ve put much thought and prayer into this project and have decided the risk of becoming vulnerable to attack is worth the benefit: to share a lifetime of hunting experience with you.  I hope you’ll be gracious to all who may congregate here… 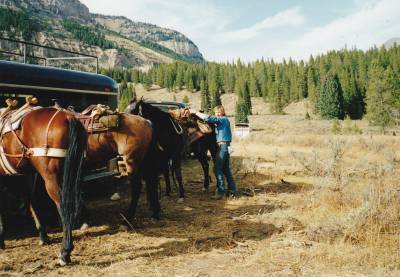 Questions:  How have your ethics changed and has that change led to more satisfaction in hunting?