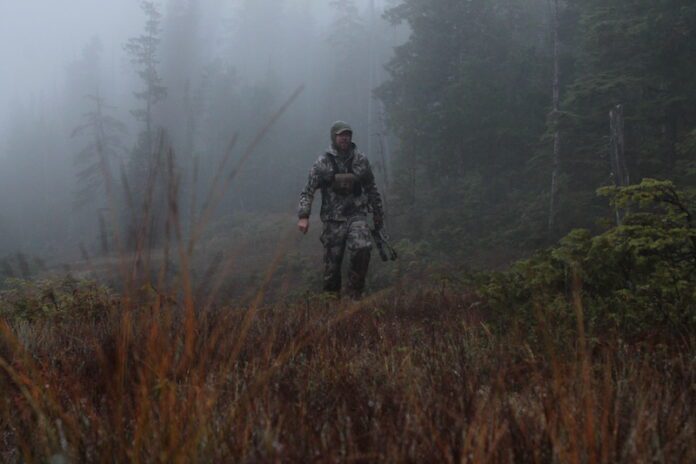 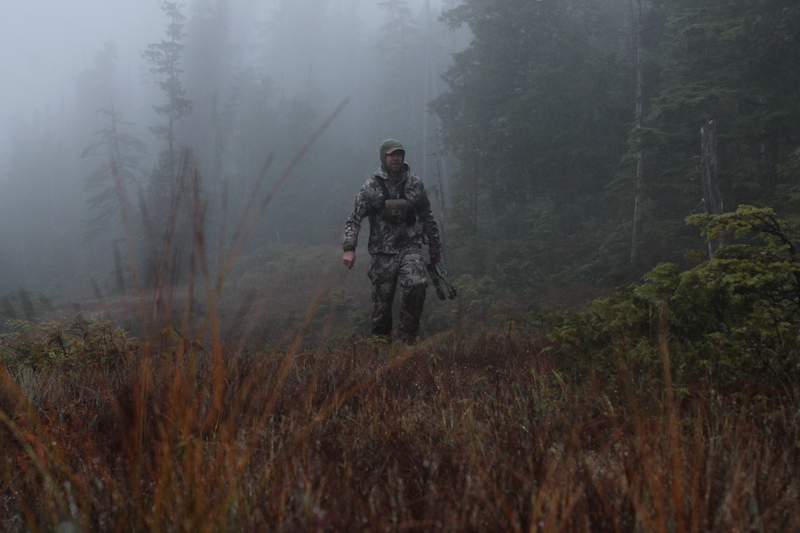 Hunting standards are what they are because they are universal, that is, the wording might vary but some staples apply no matter where you are. Glassing is important. A bad wind will forever ruin stalks. However, the location provides the nuance needed to be successful and Southeast Alaska is no different.

Muskeg is not tundra. It’s not a bog or a wallow. It’s the Southeast Alaska version of all, and a good muskeg is the best place to find Sitka blacktail bucks during the rut. Big muskegs are great for seeing deer and providing clear shots, but smaller muskegs and transitions are oftentimes better for finding bucks. 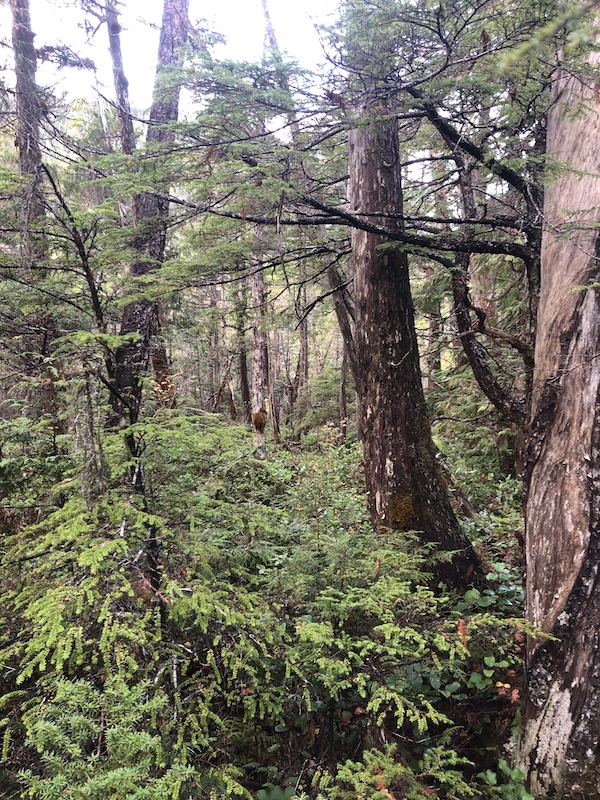 Another universal truth is variety. As hunters, we make a sport out of disagreeing about tactics and even word choice. Hunters adopt their own styles and techniques out of personal experience. Some locals sit on a muskeg for two hours. Some call three times and sit for 10 minutes. And, some call loudly as they walk. Regardless of call preference, here are some tips to keep in mind when hunting muskegs.

Be in predator mode from the start

The muskeg I wanted to hunt was just up the road. I wanted to be there at first light so I left camp a few minutes before and made my way up an old logging road claimed by alders. Just after rising from a creek that had eroded a deep gash through the road, I was 30 yards from a buck that was completely still. There wasn’t enough light for me to decipher buck from branches. Only when he bolted did I realize that in my focus to get to where I wanted to be, I failed to see the route as a travel corridor for deer. A week later I entered the woods right at shooting light, having learned my lesson, but spooked a buck that was bedded 50 yards from my tent. Once you get out of the tent or park the truck, assume the hunt is on. 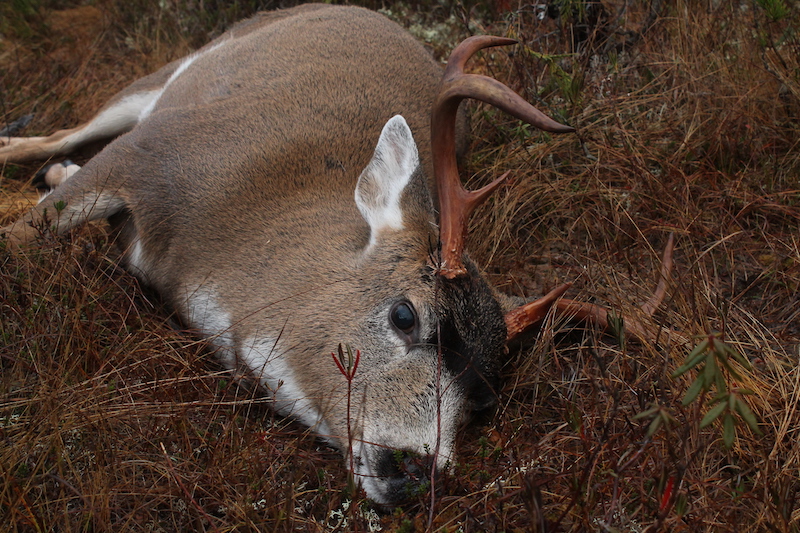 It’s so obvious, but just because it’s the rut doesn’t mean bucks lose their senses. Plan an approach on the muskeg with the wind in mind, even if it means hiking around to access it with the wind on your side. This journey might take you through thick, frustrating brush, but take the time and do it right.

It is impossible to make it from the deep timber to the muskeg without making noise since the edges of the muskeg are thick with berry bushes and small cedar and spruce trees. There will be noise but do you sound like a human barreling through brush or a deer gliding through it? It’s really tough to keep boots from not sounding like boots, so step on the driest looking vegetation closest to bushes and stay off your heels as much as possible. Small tufts of vegetation will provide high points and prevent boots from sinking, but sometimes it is unavoidable. This is why rubber boots are preferred by many locals hunting muskegs even when logging miles.

Muskegs do not allow traditional Lower 48 glassing tactics, so you are at a disadvantage. Additionally, most of the deer aren’t actually in the muskeg, they are in the transition areas that separate the open muskeg and the timber or two muskegs. Walk slowly and pay attention. Every few steps opens up new angles.

While sitting next to a cedar tree in the timber outside the brushy muskeg transition a few ruts ago, I saw antler-looking branches. They turned out to be antlers on top of a deer that was totally obstructed by brush, but only 20 yards away. It was walking a thin game trail that circumnavigated the muskeg and I probably had a better view of the buck than someone who was actually in the muskeg. I made a quiet sneak to get a clear shot and took a nice buck. Often it will be an ear, eye, nose, or antler tip that you’ll have to catch with the naked eye, rather than from behind glass. However, binoculars are extremely helpful. Even when picking apart muskeg transitions and muskegs themselves that aren’t more than 40 yards away. 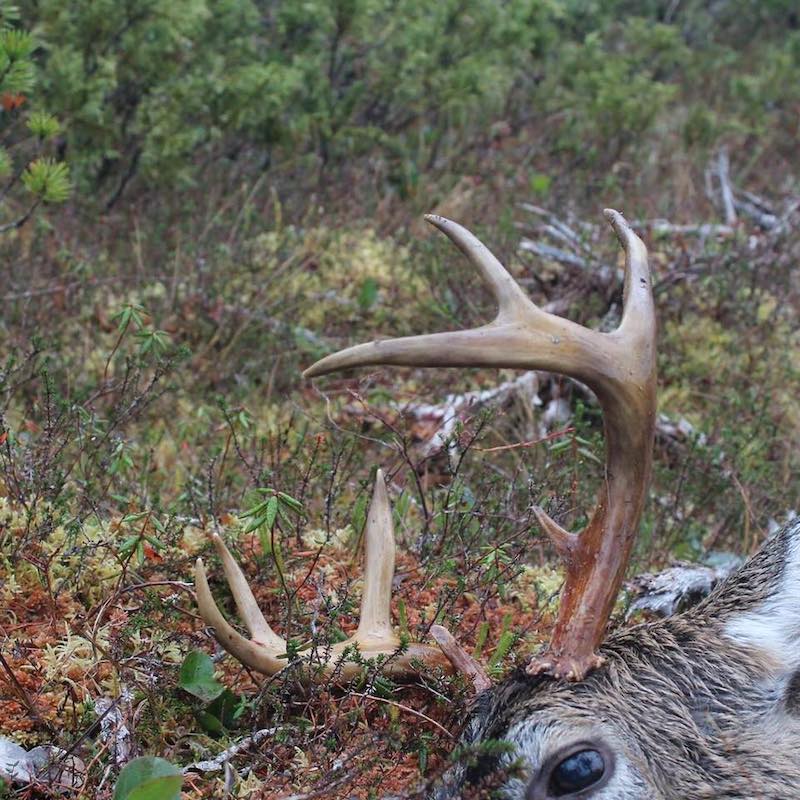 The brush and forest that surround muskegs are thick. You have to think of a muskeg as a 3-dimensional habitat, not just a simple plane. Since muskegs are never perfectly shaped, I’ve even started to narrow down my view of individual muskegs treating each arm as a separate muskeg. Always looking to the far end of the muskeg might make you miss the buck that watched you walk by.

Sometimes the worst view of a muskeg is from inside the muskeg. Not because you can see better in the brush, but because by walking down the middle of the opening, you’re completely exposed and are limited to anything that happens to be walking in the muskeg.

Bedding areas in the transitions have escape routes and if they see a dude sneaking around in front of them, they can be gone out the back door without you ever knowing. You may have worked your way to the best vantage point of the most muskeg, but if the buck is gone, it’s not going to respond to the call.

Remember, a call is a tool, not a magic wand. They don’t have to respond. Treat the sitting and calling as the last resort. Hunt your way to the spot. If you don’t see anything, then you sit and call from just outside of the opening. You want to either pull a buck out into the open from the other side, or get it up and moving on your side.

Scenario #1 – Stick with it

My buddy dropped anchor in a small cove outside of town and we motored in his inflatable toward shore. They went left, and I went right toward a kidney-shaped muskeg a little over a mile from the beach. The incline was much steeper than it looked and the forest wasn’t deep timber, but looked it when I e-scouted.

I had no choice but to make a considerable amount of noise to get in the vicinity of the muskeg because the waist-high brush was simply too thick to move through quietly. So I focused on hunting the muskeg transition, and temporarily sacrificed sound for speed since the muskeg would provide me the best chance.

We didn’t have plans to camp, so I would rather rush part of the hike to the muskeg rather than rush hunt the muskeg itself. As I approached, I slowed.  The line indicates my path. I picked up a game trail and intentionally didn’t cross a small outflow that provided a noise barrier between me and the muskeg. 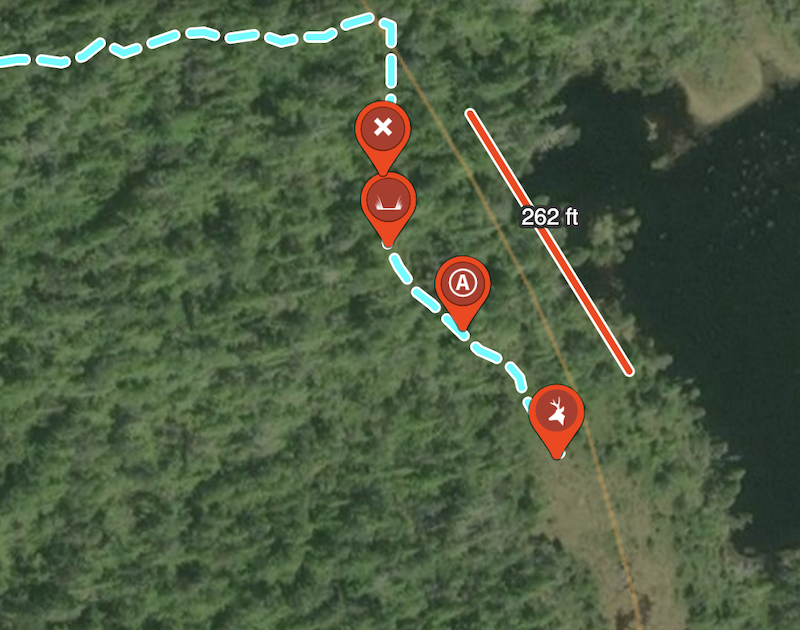 I turned south and approached quietly. The X indicates where I saw a buck in its bed. I had nearly crested a small, brushy hump as excruciatingly slow and quiet as possible, and it was under a tree with too many obstructions for a shot. As it rose, I made no move with my rifle. It looked unsure rather than spooked and walked away casually up and over another small rise and out of sight. I let out a very soft call, marked the spot then slowly pursued. I found him on the edge of the muskeg standing broadside. The A is where I took the shot, 26 minutes later. 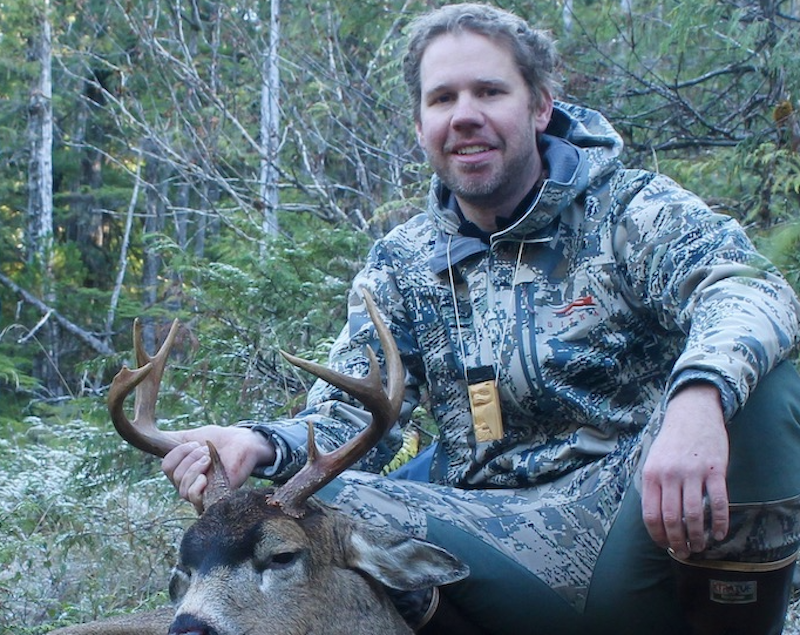 The muskeg closest to the road looked awesome – it edged up against a steep slope of deep timber and was maybe a little far for road hunters looking for easy muskegs. There was plenty of sign in the transition, but the wind wasn’t right. I looped to the east (right) to access the edge and not send my stink right through the muskeg, turning a mile-long hike into almost two.

I sat at the edge of a smaller muskeg for 15 minutes after three quiet calls. Then I walked through it slowly into a really swampy transition. Just before the target muskeg was a rise of about 10 feet in elevation and two trails that were the escape routes. I accessed the trail in the brush and found rubs, beds and fresh sign. None of which would have been visible had I been actually in the muskeg. In fact, there was little evidence in the muskeg itself that it was heavily used. However, the hidden trail through the brush was so worn it was easy to walk it without making much noise. 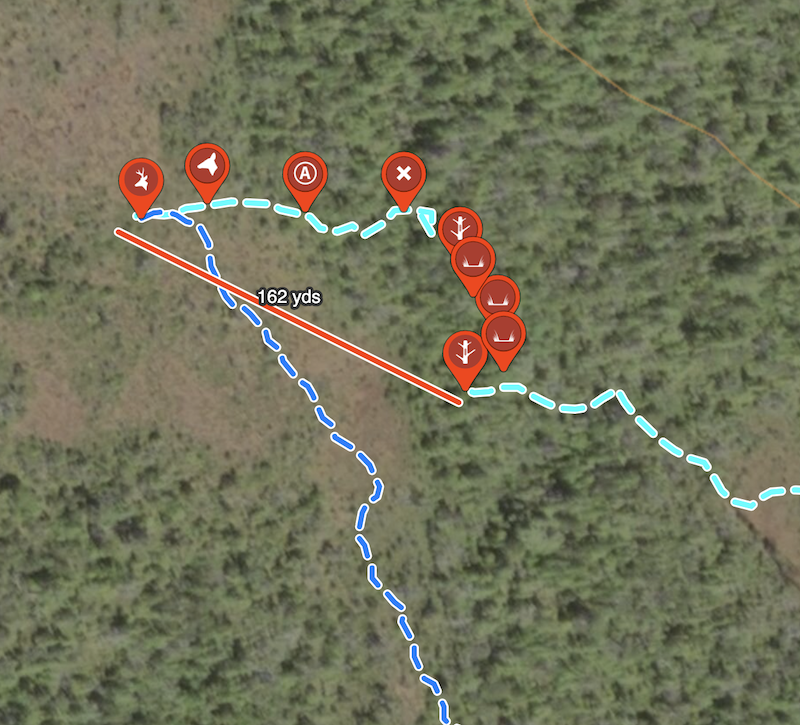 I passed two rubs and three fresh beds then saw a doe at the X. When it turned its head, I moved behind a few trees and out of sight. After barely entering the muskeg I saw that the doe was with a buck that I couldn’t see from my previous spot. I had pulled a doe into the open and a buck had followed. My shot was from the A and my track out is the straight line south (down) out of the muskeg.

Hunting Sitka Blacktail deer in Southeast Alaska does not require a “throw all the rules out the window”. It really is not that different than most other hunts. Check the wind, duh. Look for deer in cover, of course. Move slowly, got it. Though the thickness of the forest, brush and muskeg edges might be intimidating the fundamental principles of hunting still apply. Keep that mind and you’ll be more likely to notch your tag. Just make sure you pack some good rain gear and probably a pair of rubber boots. There’s rain, and there’s Southeast Alaska rain.

Comment on this article or ask Jeff questions here.

Go check out Jeff’s website The Mediocre Alaskan where you’ll find more hunting and fishing content along with his podcast. Don’t forget to pick up a book while you’re there as well!

Equipment Is Only Half The Battle

Equipment Is Only Half The Battle