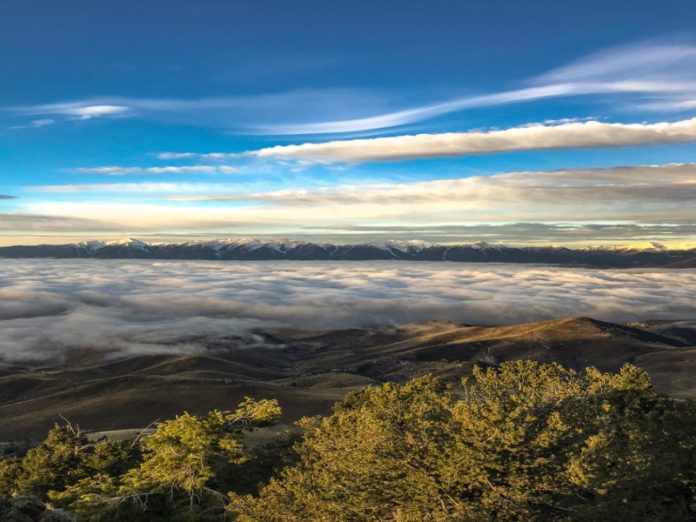 They’re all very specific hunting locations, and they all have names that don’t make a whole heck of a lot of sense unless you’ve been there. But what’s in a name? Some have been passed down from previous generations. Some have been made up on my own. Maybe they’re just a way to talk about a place without giving too much information away. Rather than saying, “that spot where I-15 turns back north after the Buttes”, you just say the Cat House as there were a few of those in the area in yesteryear, according to legend.

Maybe it’s just the simplicity in giving an exact description of a location. Instead of trying to describe where the abandoned blue trailer is, it’s easier to just say the Blue Box since it’s in plain view to anyone driving down that road. If there’s one thing I’m certain of, it’s that I’m not the only strange person that makes these things up and continues to use them.

For instance, the Dead Zone is a place where a lot of Ohio whitetails have gone to die. It’s a natural travel corridor for running deer and if you’re standing in the Dead Zone during firearm season, you had better be ready. On the other hand, the Cut is just a simple area where animals are able to move through an old high wall left behind from the coal mining days.

Another place, Elk City, is a place where I first found elk where I thought there wouldn’t be another person there to bother me. It’s amazing once you hit the point where the general hunter doesn’t go. Animal sign explodes all around you. Rubs, wallows, beds everywhere. I was so excited the first place I found like this, I had to start calling it something. Even if it was just me talking to myself about it, I still had to give it a name. It was here that I should have arrowed my first Rocky Mountain elk on my own, where I ran into some amazing people on the trail, and where I shot my first grouse with a bow. Even though I’ll probably move on and chase elk somewhere else over the next few years, this is the one place that I’ll never forget. I’ll probably go back just for the sake of reliving the past even if I don’t see anything in the present.

And then there’s Paradise Point. This spot is on the backside of the ground where I grew up back in Ohio–a place that will always be special to me. It’s where I shot my first deer with a bow, the demarcation line between the neighbor’s property, and the place where an arrow sticks out of a red oak that’s older than everyone who still roams that forest. You see, that arrow was shot into the tree by my father when his hunting mentor passed away. The same hunting mentor that I grew up hunting with as well. He named it Paradise Point because, well, I guess it was just his hunting paradise. It’s the place where we’ve seen perhaps the biggest bucks on the property, where we’ve shot numerous turkeys, and an area teeming with small game. His spirit will live on in that place for as long as anyone affiliated with him walks those woods. If that arrow ever falls out, you can bet your next paycheck that it’s going to be shot back into that oak before too long.

You see, the places we hunt and the country we roam, they’re more a part of us than we’ll ever know. We don’t truly understand it until we move away or find other hunting areas, but just talking about them brings back a flood of memories of humble pastimes spent roaming the woods, chasing critters big and small. We need to make sure we stay true to those roots and the places we come from. All too often we lose track of who we are. As a wise person once said- you can’t really know where you are going until you know where you have been.  And as a hunter, I come from these places. They’ve made me who I am and have influenced my life even outside of hunting. I’ve learned to respect the land, cherish the memories, and look forward to what’s around that next bend in the trail.

Even though I’m far away from a few of those places on my list, all I have to do is close my eyes and I can see them plain as day. I can smell the leaves from the oaks and maples on the cool autumn forest floor. I can hear the squirrels chasing each other through the brush, and I can sense that buck coming through the thicket. I know that I’ll continue to explore and find new places in my journey of life, and I’m sure I’ll think of a few more names along the way. For it’s the places we come from and the places we’ve yet to go that will mean the most to us long after we’re physically unable to get back to them. What are some of the places you’ve given names to throughout your life?

You can comment on this article or ask Jimmy questions here.