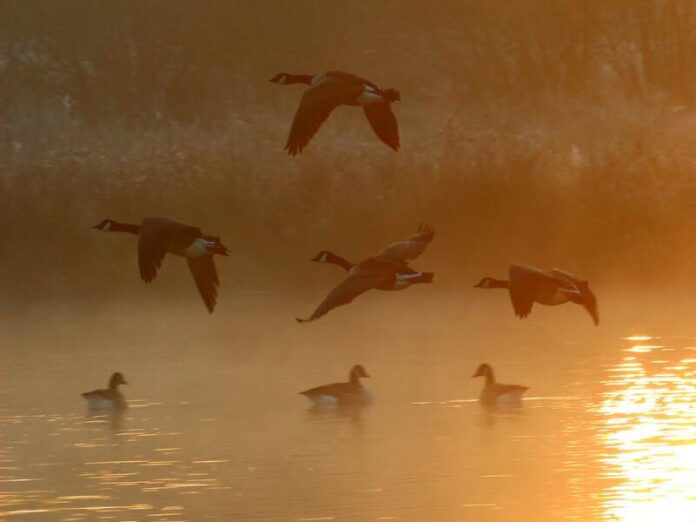 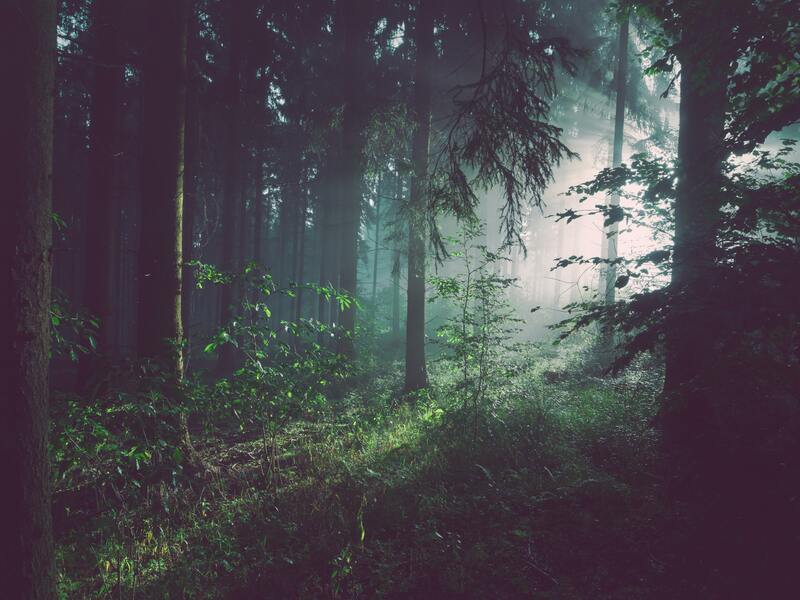 Since ancient times, birds have appeared in many civilizations’ mythologies and faiths. The dove, for example, was a symbol of Inanna, the ancient Mesopotamian goddess, Asherah, the Canaanite mother goddess, and Aphrodite, the Greek goddess. The small owl was the sign of Athena, the Greek goddess of knowledge, and the peacock was the symbol of Mother Earth in ancient India. Depending on when and where in history, birds have either been associated with bad luck and death or been revered and utilized in heraldry. Raptors have been used in falconry for amusement, and cage birds have been kept for their song. Other birds have been raised for cockfighting and pigeon racing, and for a time, these were both traditional activities. Even today, birds appear throughout a wide range of artistic media, including paintings, sculptural works, poetry, literature, films, and fashion.

Many unusual and lovely things are spoken and believed about birds by various cultures across Africa. We believe that the bird is in the highest state of perfection and form of life. Such that when our souls reach their highest states, we become some forms of winged beings, free to soar to the world beyond, always watching over the ones we love. The bird is the freest creature on the planet since it is a friend to the air, land, and water. The huge bird migrations that bring fertility to our lands have fueled a strong belief that birds are the bringers of fertility across our societies. Its ability to fly makes us think of the bird as a symbol of contact with the spirit realm.

This relationship with the other world does not always connote positivity though; among the Yoruba peoples of Nigeria in West Africa —there is a belief that the divine force of birds may be easily appropriated by people driven by jealousy and hate. Their native rulers and healers take control of these potentially harmful energies for the welfare of their communities and this is often depicted in their native murals and totems.

Across Africa, a plethora of birds can be found, many of which fly considerable distances to drink at favored water holes early in the morning. As they approach in great numbers and descend at fast speeds, these nimble birds are targeted. The hunters here use a variety of strategies, including imitating the bird’s call to draw it in close range. The most regularly hunted bird species in Southern Africa, for example, range from sand grouse and quail to francolin, guinea fowl, and numerous dove and pigeon species.

The Egyptian goose and the Spur-winged goose are two types of geese that might be tough to hunt. The Yellow Bill, White-faced Whistling, and African Shelduck may be your “cup of tea” if you enjoy wing shooting ducks. Teal are also available in several kinds, and these small, swift, and agile waterfowl may give even the most experienced shotgunners a run for their money.

The various distinct human uses of faunal resources across the African continent encourage bird and waterfowl hunting. Hunters have devised a variety of ways and strategies to acquire access to these resources. The hunters would typically set off late in the evenings or early in the mornings. Once in position, they’ll split up and lose sight of one another, communicating only with a range of whistles that enable them to blend seamlessly into their environment with very little disturbance.

Some hunting practices adopted here are; waiting, which is especially useful for hunting diurnal birds; calling, which involves imitating the animal’s call to get it closer; and ‘lamp hunting’ which involves hunters going out at night with lamps to catch birds in their nests. Many birds are also trapped with mechanical traps. Bows and arrows, bird darts, and, more recently, locally built shotguns are some of the hunting weapons used for bird hunting, but some still prefer to hide behind blinds on a canoe to get closer to the waterfowls. The choice of strategy is based on the behaviors of the species being hunted, especially since the hunters have a thorough understanding of the biology of these creatures.

For waterfowls, for instance, the “torch and gong” is one of the most basic approaches. The bird-catcher uses a moonless night to search for waterbirds, carrying a burning torch and a confusing gong to mask the noises of his or her approach. When the perplexed bird is discovered, a net is cast over it in an attempt to catch it.

Bird darts (three-pronged spears made of spruce with a head made of walrus ivory) and a throwing board are widely used to hunt geese. Hunters paddle their canoes over the lakes at night, armed with bird darts, nets, and firelight. The geese are blinded by the firelight, prompting them to flee to a darkened location where they can be easily approached. As the hunters paddle, they carry mats linked to earlier constructed poles, and the geese swim into the shadow of the mat to escape the flame. When there are enough geese beneath the mat, the hunter drapes the nets over them, gathers them easily, or pokes them with the darts. 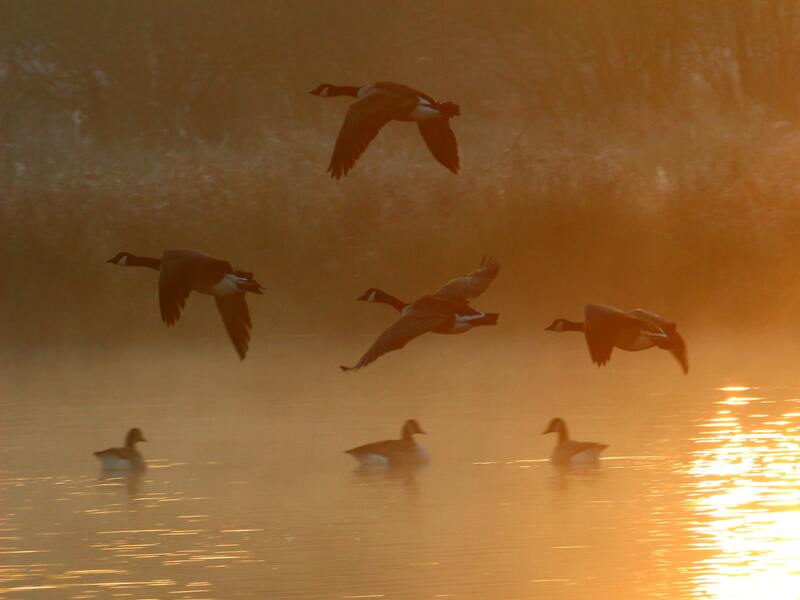 Ducks and other waterfowl are also frequently hunted using decoys or spot-and-stalk methods. At such times, the hunters create decoys from alder branches and willow trees with more complex ones made out of stuffed bird heads.  To entice birds closer, they recreate bird sounds with their voices or instruments, use hollowed-out bones to attract geese, or disguise themselves as floating trash while canoeing along the lake, making goose sounds while they wait.

As they drop toward the decoys, the ducks dive and contort, creating high-speed and hard aerobatic targets. The arrows’ sharp sounds will inevitably disrupt their flight though, sending a good number of the birds splashing into the pond below.

We’ve discussed this before but I really cannot overstate the deadly precision of African bow hunters. It’s not surprising that they’re so good. At around three years of age, young boys in various hunting tribes receive their first bows and arrows — and thus begins a life of constant practicing and hunting, resulting in astonishing accuracy and lethal precision.

Following that, the hunters would sit around a fire, conversing and plucking the birds they had killed. The hunters pluck the majority of the feathers, singe the remaining ones over an open fire, scrape the “fuzz” from the skin, then roast the bird over the same fire. When a piece of meat is done cooking, it is sliced off to be eaten right away while the raw piece is returned to the spit for more roasting. Small birds can be eaten while on the hunt but the larger game are often transported back to camp and shared. Prior to the dispersal of the bird’s organs to others, the hunter who made the kill always gets the first choice of organ meats.

Despite the foregoing, most African tribes have severe bird-protection local laws and legislation in place. For instance, the Mosu tree found in some Southern regions of the continent serves as home to many birds in the hot summer months and for this reason, the Batswana and ba-Pedi people who live in these regions do not cut them down. If you are caught hunting more birds than you need for sustenance in some regions, you will be fined severely. In many other regions, there is a limit on the maximum number of birds one can hunt in a day and the deliberate smashing of a bird’s eggs is seriously frowned upon.

African Hunters Team Up With Birds

The relationship between African hunters and birds is a very interesting one. Some birds actually team up with the hunting groups to ensure the hunters find the food they seek. In some parts of Africa, the greater honeyguide, for example, leads hunters to wild beehives. These honey hunters and their honeyguides communicate with each other using a unique set of sounds and gestures used to convey passion, trustworthiness, and a dedication to the risky task of extracting bees from their hives. When the honey-hunter has finished collecting their honey, they give a gift of honey to their honeyguide.

The Umkolwana is a bird that is recognized for bringing joy and brightness to people’s hearts. Umkolwana is a word that means “believer.” When this bird perches on a tree branch, it always appears to be looking up at the sky and over time, Africans began to consider this as a sign of faith and confidence in a more promising future. Even in the worst droughts, the umkolwana’s beak never droops to the ground; it is always facing upwards. I have always found this very heartwarming and I hope you do too.

The fact that regardless of how tough life seems, we can always choose to drown in Hope rather than float away into nothingness.

This idea that as long as we keep hope alive in our hearts, all shall come right in the end.

Comment on this article or ask Linda questions here.