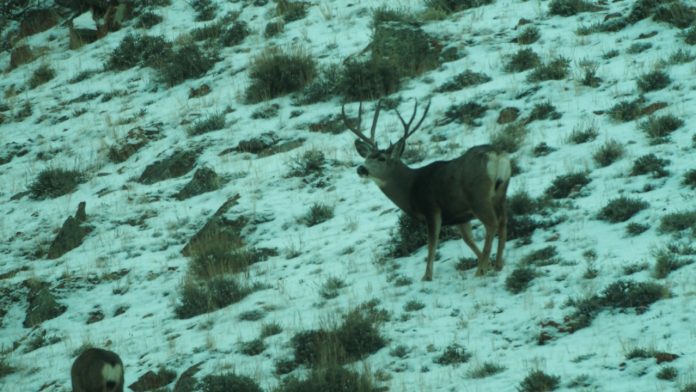 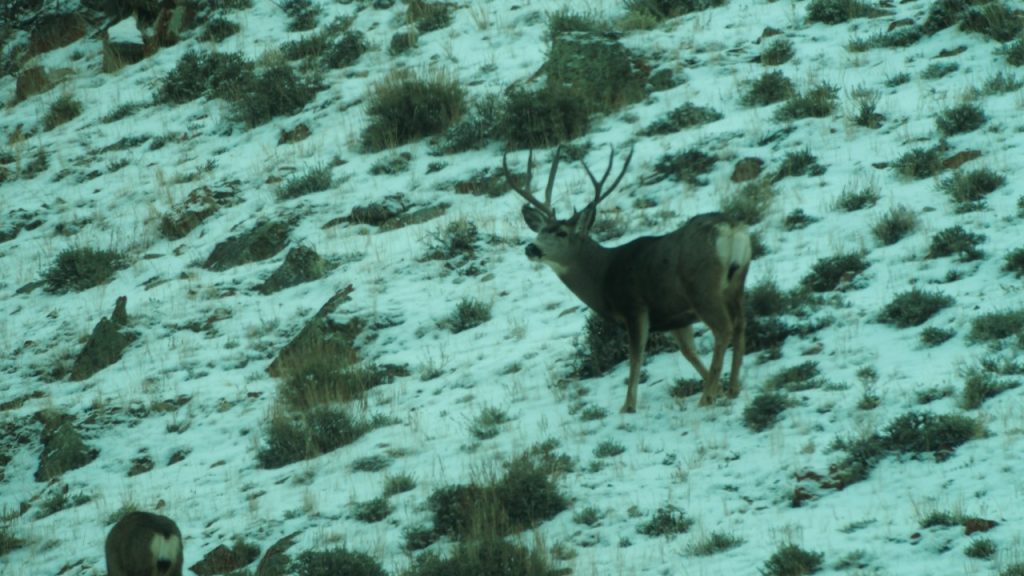 I had been home from the Idaho hunt a week and watching the weather closely in preparation for my upcoming Utah hunt. The high pressure ridge that had dogged me during the Idaho hunt had mostly just strengthened over the last 10 days.  This meant virtually no snow in the Intermountain West.  Buck hunters from Colorado to Montana had been handed their worst season in years due to the mild conditions, and it wasn’t looking any better for me.

I’d drawn the Utah muzzleloader tag mentioned in Part I back in June.  I’d scouted the unit the previous January and spent plenty of time talking with the biologists in the area.  This particular deer herd summers above 9,000 feet then migrates to the winter range at around 6,000 feet. This means a big storm or two was needed to push the majority of the deer into the unit.  That hadn’t happened and as the hunt drew close, I decided I better arrive early and see if any deer were even showing up.

I loaded the pickup and hit the highway.  I wanted to arrive two full days before the season opener and confirm if it was as bad as I was imagining. The high pressure ridge had weakened, allowing a small storm in, but was predicted to rebuild for the foreseeable future.

I arrived, set up camp, then headed out. There was just a skiff of snow from the previous night so I drove the back roads looking for tracks.  From my research and earlier scouting trip, I’d gathered that there would be several thousand or more deer arriving in the unit over the course of the hunt.  In several hours, I confirmed only five new deer had crossed into the unit that night.  Five! 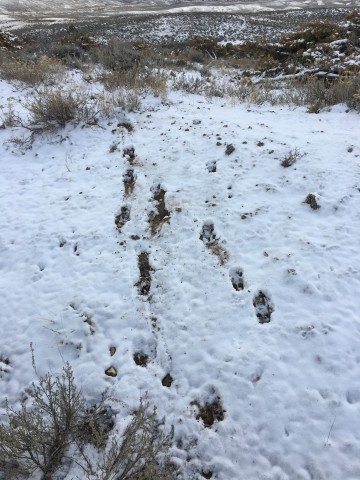 I hit some high points and glassed until dark, then was back out early the next morning.  I glassed up nearly a hundred deer scattered about, but hardly any mature bucks.  The rut was in full swing so if there were big bucks around in any number, I’d be seeing them.  I checked the weather again and there were no big storms in the 7-day forecast.  I had to make a decision.

As I wrote in this post The True Value of Scouting, your application strategy should include each state’s point-refund policy. Every state is different–some are stingy, some are generous–Utah is of the generous type.  I knew this hunt could be a bust due to weather, and applied knowing that if the migration wasn’t happening, I could turn my tag back for a point refund.  With more than 15 years of applying on the line, I’d rather regret turning the tag back than regret keeping it.

The refund policy stated that I had to send the license back before the hunt started, which was in a mere 18 hours. I left the winter range and made a long drive to a small town Post Office.  It was a little disheartening to think I was sending back the license I’d waited so long to draw, especially considering that this was the second one I’d returned this year (see what happened in Nevada here).

I learned a long time ago that a big buck hunter has to be smart and flexible.  More often than not, things WON’T go you your way.  Some guys will criticize me for turning back licenses. Fair enough, but I’d like to see what they do when they finally draw a weather-dependent hunt and the weather makes a no-show.  As for me, I’ll just play the patience game.

Not one to waste opportunity, I drove back to the unit and headed out opening morning–without a gun of course– and spent some time scouting, and even better, meeting some hunters.  Again, I saw no big bucks.  Talking to guys who knew the area better than I did, the hunt wasn’t looking too promising for 2016. 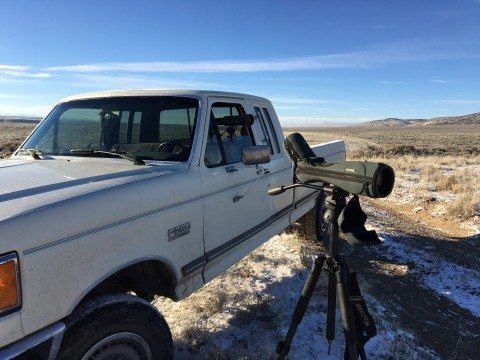 A few weeks later, I was back in the area to scout the last weekend of the hunt.  We’d had a few small storms and there was a little more snow.  However, in a morning/evening/morning of scouting, I only saw a couple of nice bucks.  The best one is shown in the lead photo and the other one here: 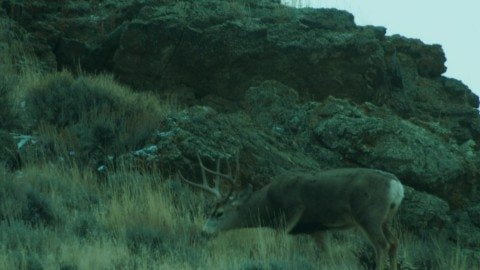 There were a few more deer in the unit, but far from its potential.  I’ve found on most migration hunts that the biggest bucks often show up last.  The hunt closed with only a fraction of the big deer arriving on the winter range.

As I made the long drive back to Idaho, I was sure glad that I had turned the tag back. Unless another better opportunity presents itself, I’ll likely apply again in 2017.  I learned a ton during my two “scouting” trips that will surely improve my chances in the event I hunt the area again.

Thanks for following this series. This is real deer hunting for the DIY hunter.  It’s never easy, rarely predictable but is very rewarding when it does comes together.  I truly hope you learned something that will help you take the best buck of your life.

I’ll be drawing early next week.

If you want to learn more about, Hunting Big Mule Deer check out my book: