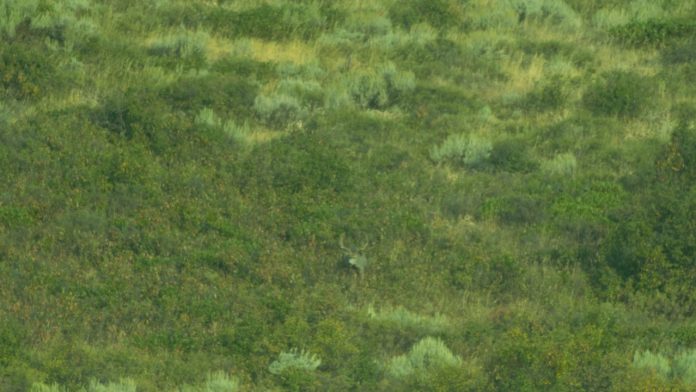 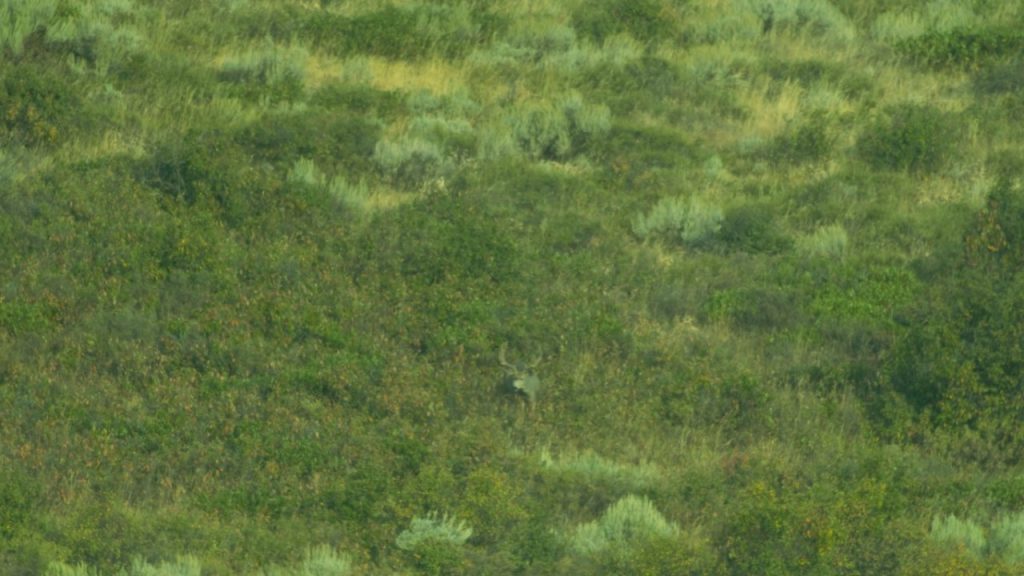 The mule deer season really starts for me a year or more ahead of opening day.  To find good places to hunt big mule deer, you have to do plenty of research and even scout areas during the previous winter, if possible.

I’m a long-time subscriber to The Huntin’ Fool Magazine/research service.  Through them, I learned that some new hunts in Utah were a possibility for 2016.  I had more than 15 points stacked up for the Beehive state, so this was good news. While 15+ points sounds like a lot, it’s not really. The well-established top-end Utah units take closer to 17-20 for a non-resident, so I’m always considering other units that could meet my goal of 180″ or bigger bucks.  The crew at The Huntin’ Fool helps me stay current on important changes like these new hunts.

I hate drawing tags where I’ve never stepped a foot, so I visited one Utah unit in early January 2016 to get a feel for buck numbers and size.  While I didn’t see any toads, I did see some big bucks that I’d be happy with for my point level and decided to apply.

Besides Utah, Nevada was on my radar, too.  I’ve scouted several areas in Nevada over the last 10 years in preparation of drawing a tag.  Nevada has low non-resident odds as evidenced by my accumulated nine bonus points (and I don’t even apply for the best hunts.)  The area I was applying for had a tag increase in 2012 due to very high buck:doe ratios (too high to sustain) but I was still not able to pull a tag in 2012 or 2013.

I did draw an archery tag in 2014. So that July, I scouted the area and found that the quality had slipped since the 2012 tag increase, but I still saw several bucks that would meet my goal. Just a few weeks later, though, I again found the 200″+ Idaho buck I that I first dubbed “Jalapeño” back in 2013.

The Idaho/Nevada hunt dates overlapped, so I turned the Nevada tag back for a point reinstatement so I could fully focus my efforts on the giant Idaho buck.  Of course I didn’t get him and then failed to draw Nevada in 2015 (this is the reality of hunting big mule deer DIY.)  I was back to square one for 2016 and applied for the Nevada area once again.

In May, I found out I was successful in drawing muzzleloader tags in both Nevada and Utah.  Some years that would stress me out, but I knew the areas well and the hunt dates did not overlap (Nevada: September, Utah: November).  I was sure I could put forth a good effort in both states.

As summer set in, I spent considerable time preparing my muzzleloader for the hunts.  Both states have different smokepole rules, so my gun had to be versatile (you can follow those posts here).

I scouted Nevada in July hoping that quality hadn’t continued to decline since my 2014 scout.  To my disappointment, it had slipped even more. In five days, I only located one buck that would meet my goal and he was living very close to some private property. I figured he’d likely migrate on to the private once the season opened. With no other good bucks on my hit list, I wasn’t going to gamble nine years of my life on such a low-odds proposition, so once again I returned my tag for a points refund.  Strike one for 2016… 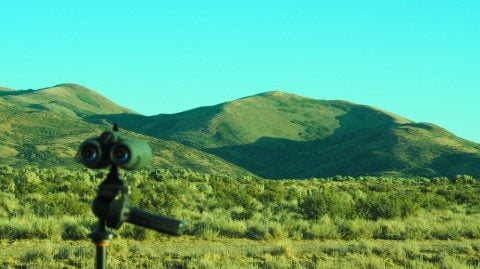 Although I scouted quite a swath of Nevada real estate this summer, the best buck I found wasn’t worth nine bonus points!


Be sure and sign-up for the Rok Blog so you don’t miss a post (upper right of page).  *If system is showing you’re “blocked”, send an email to [email protected] and I’ll check into it.

Mule Deer Populations on the Decline?

Jalapeño Live Hunt Day 5 On Him!