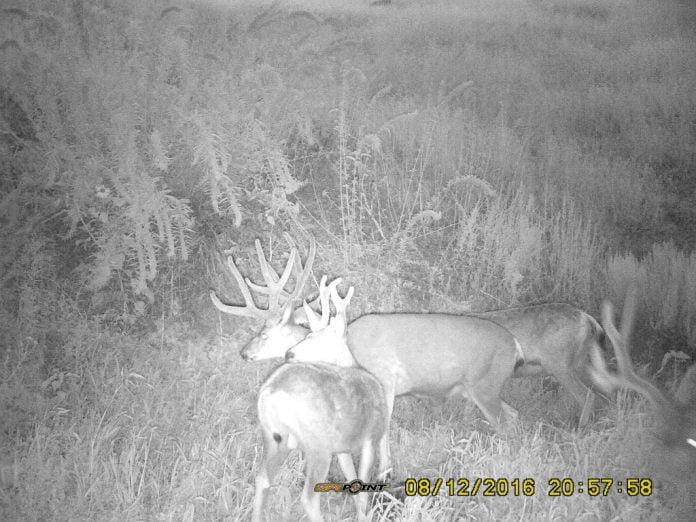 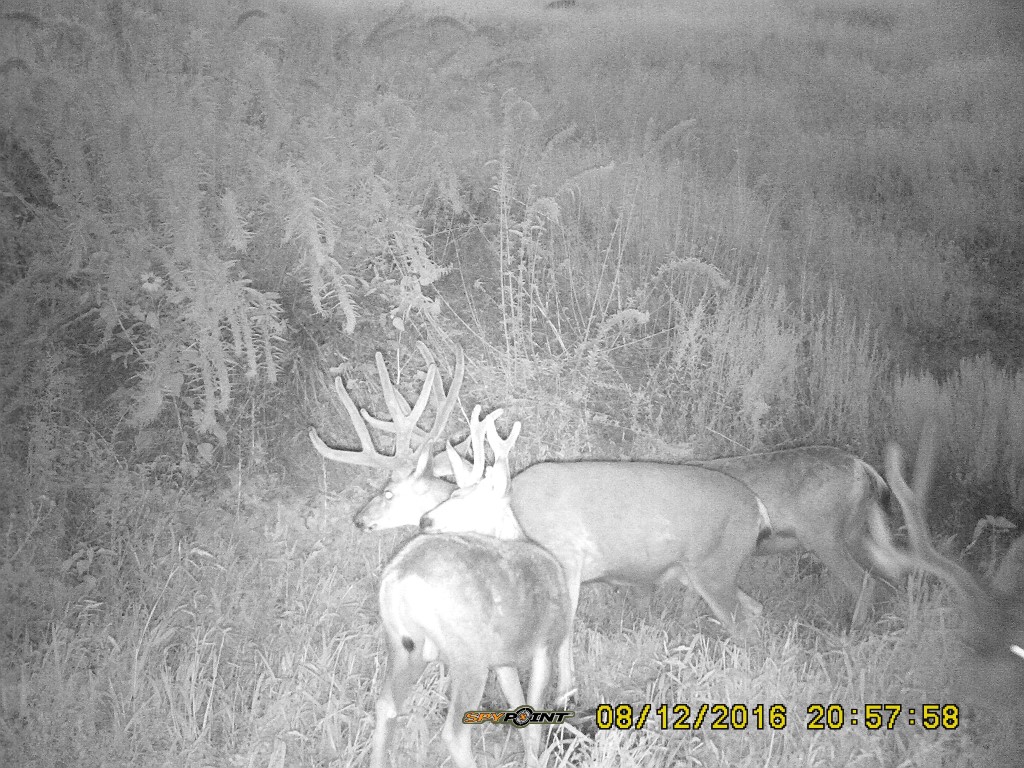 It was early August when I returned my Nevada tag (backstory here).  That still gave me the best month to scout an Idaho buck up.  I find by early August that the big bucks have settled into their summer core areas where I can expect to find them until heavy snow, hunting pressure, or the rut moves them (in desert areas, bucks can also move if the water sources change.)

I scouted several of the OTC units via hiking, trail cams, and I even aerial scouted a few of my favorite spots.  I found a few bucks that would make my goal but nothing exceptional. 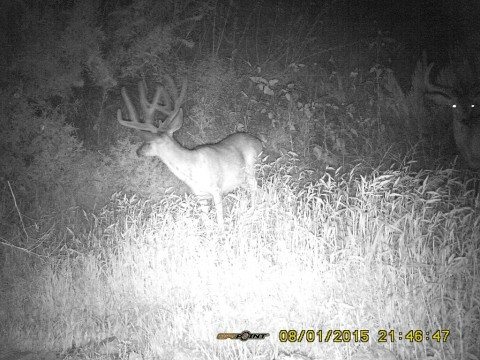 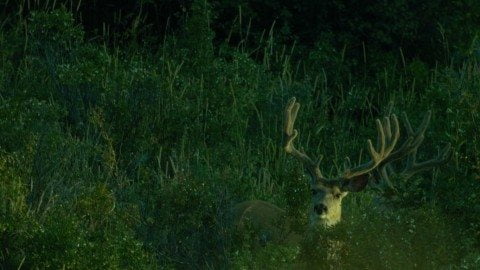 A pretty good buck I scouted for some other hunters.  They could only hunt the opener, so I put him on my list in case he gave them the slip (turns out he did). 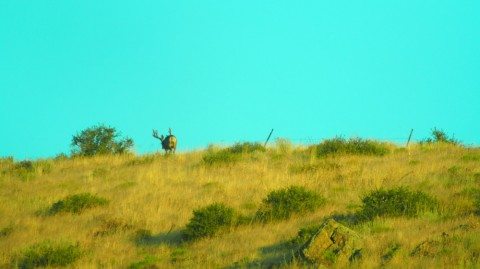 A buck pushing 30″ in an area I know very well.  This photo and the one above were taken with the Swarovski ATS 25-50×80 paired with Olympus OM-D

While these bucks and some of the others I saw were “good enough”, I like to scout until the bitter end just in case there’s a really big buck that needs finding!

On August 20th, I visited a mountain that I hunted quite a bit in the 1990s.  It’s a tough place to hunt with little country that’s above timberline.  Most of the elevations where the bucks spend their fall are choked with brush and old-growth timber. Consequently, I’ve seen a few truly giant bucks there, but I’ve never managed to kill one due to challenges of hunting this type of country.

The sun was just rising that Saturday morning when one the THE BEST BUCKS I’VE EVER SEEN stepped into a little opening and gave me about a 10-second look-see.

You won’t hear me use the word “giant” to describe bucks very often, but this buck was a giant.  There was no way to get a photo in the few seconds he gave me, but I think you’ll see by the effort I put forth to kill him that I knew he was something very special.

He looked to be about 30-32″” wide but had incredible mass that carried all the way to the antler tips–something typically not seen in the Intermountain West but is more characteristic of the Southwest. I estimate he had 6″+ bases and probably H-4 measurements over 5″.  I only got a really good look at his right antler, but if the left antler matched, he’d be a 200″ net typical.

Normally I’d be very excited to find a buck of this caliber, but I’ve spent over 50 days on that mountain and knew that killing him would be very tough.  The other seven or so bucks I saw that morning were in the open country within a few hundred yards of the giant, but I doubted he’d ever venture out there.  My odds of killing him with a bow spot-and-stalk style would be on par of breaking the house at Ceaser’s palace.  Still, I planned to hunt the archery season, then the rifle season if I didn’t kill him first.  If I could get tracking snow during the rifle season, I just might get him.

There were only 10 days until the archery season opened… 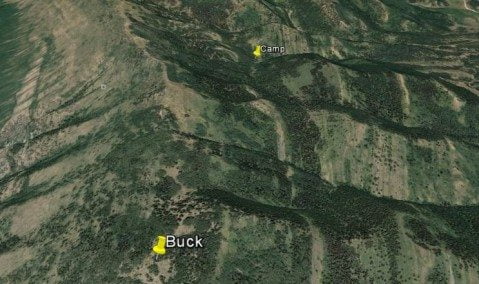 This Google Earth image show a Southeast Idaho mountain very similar to the one where I found the giant buck. With very little open country, bucks tend to get old and big here.

If you haven’t before, sign up at upper right of page at Rok-Blog Sign Up so you don’t miss a post.  If you’re having any difficulties, be sure and email me at [email protected]

To learn more about my scouting tactics, check out my book, Hunting Big Mule Deer