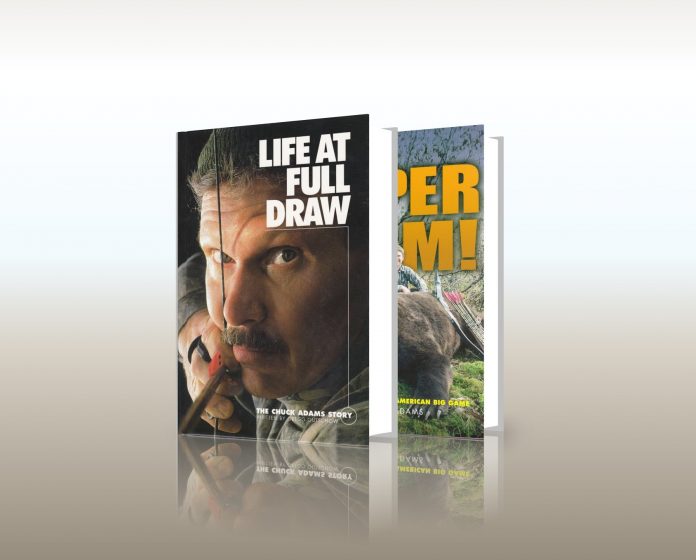 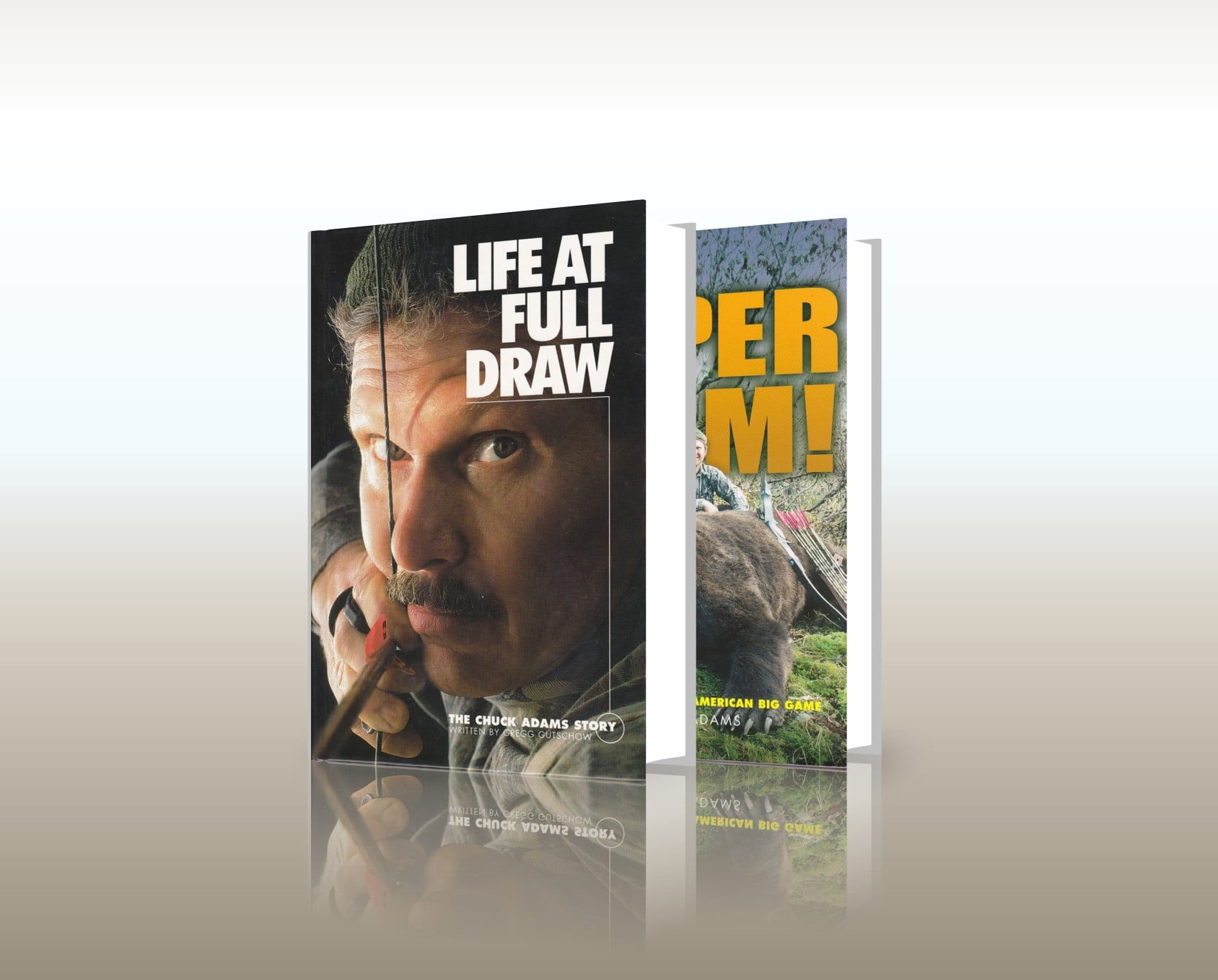 Hope you all had a Merry Christmas.  Staying on the course of recommended reading, I read two books this last year that I think no bowhunter should miss: “Life at Full Draw: The Chuck Adams Story” and “Super Slam!”

It was Chuck Adams who inspired me as a young man to get really serious about bowhunting and writing. Rokslide Prostaffer, Doug Rosin, suggested I read the books and boy am I glad I did.  Written over a decade ago, neither book is hardly new, but both fall into the classic category.  While virtually everyone knows who Chuck Adams is, I’d wager that most people don’t realize how hard he worked nor the path he choose to become one of the best bowhunters and outdoor writers the world will ever know.  I’ll give a brief overview of each book here and you can decide if either should be on your “to-read” list.

“Life at Full Draw: The Chuck Adams Story” was written by Gregg Gutschow who says of Chuck in the book’s introduction, “This is the true story of Chuck Adams—a behind-the-scenes, unabridged account of the least-understood, best-known hunter ever.”  I’d agree with Gutschow’s assessment. The book’s forward was written by a younger Jim Shockey who was greatly inspired by Chuck’s great achievements (and we all know where that led Jim). 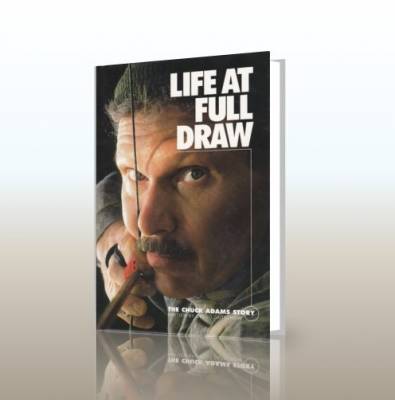 The book opens with the chapter, “Born to Hunt.”  It details Chuck’s childhood—his family influences such as his father, Charles Sr., and grandpa Brockman—and how growing up in Ishi country near Chico, California set the course of Chuck’s life.  Not Ironically, Chuck was awarded the coveted Ishi Award later in his life after taking the World Record Yellowstone Elk in September of 2000.  The book moves quickly through Chuck’s college years in pursuit of a Bachelors of English, family and marriage, and landing the job that sealed his fate as an outdoor writer at a then new publication: Peterson’s Hunting.

You’ll read about his now famous Super Slam in it’s infancy, Chuck’s greatest hunts, and the ups and downs of working and writing full time in the hunting world. There is also an interesting chapter “What the Guides and Outfitters Say.” While Chuck prefers to go DIY, he will hire an outfitter where the law requires or if it’s the only way to access animals or country.  Contrary to what you might think, most outfitters and guides are not impressed with outdoor writers but Chuck seems to buck that trend.

There are chapters on the record books (earning 111 P&Y Awards is not the bowl of cherries one might think it is,) The Dark Continent, and the Bowhunting business that are bound to both interest and surprise you.  Chuck shares his secrets on keeping his passion alive even after it became his job.

“Life at Full Draw: The Chuck Adams Story” will give you a new found respect for an incredible hunter who has brought more interest to bowhunting than any other writer or hunter. 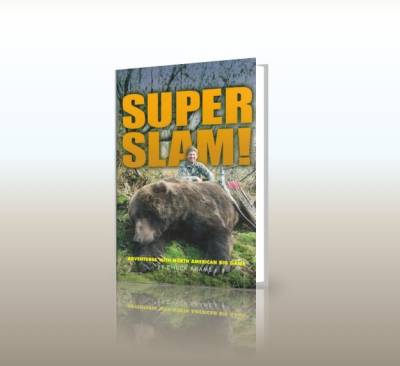 “Super Slam!”, the second book, was authored by Chuck himself.  In it, Chuck takes his reader on the incredible journey of the first bowhunter to harvest all 27 species of North American big game.  Every story behind every animal is there and written in Chuck’s simple straightforward style.  You’ll naturally become a better stalker of all game (the method he used most in his career) by carefully studying each chapter of “Super Slam”.

Some of the best stories were his British Columbian Grizzly, his World Record Coues deer, a 200″+ Alberta muley (my fav), and his Polar Bear (taken without dogs.)  Chuck writes about his World Record Mountain Caribou and what it was like to discover Sitka deer heaven at a time few people were paying attention to our northern deer.  The story behind his World Record Yellowstone Elk illustrates just how good Chuck was at focusing on one animal until the job was done.  It was that same elk that later earned him the Ishi Award.  There is the incredible story of his Canmore Alberta Bighorn Sheep hunt in minus 50 degree weather and the heartbreaking Desert Sheep finale to his Grand Slam of Sheep.

Chuck writes about the mounting competition in the final years of the pursuit of his Super Slam.  Few people know that there were other very capable hunters hot on Chuck’s tail to beat him to the crown of archery slams.  Chuck also shares his incredible knowledge on a wide variety of species including in-the-field scoring techniques.  A thoroughly enjoyable book that takes the reader across the vast North American Landscape, Super Slam provides more bowhunting action than you’ll find anywhere.

In my opinion, everyone should study this hunter of hunters…Chuck Adams.  You’ll be a better hunter for it!

I found “Life at Full Draw: The Chuck Adams Story” on Amazon here

The “Return Act” bad for Wildlife Conservation and will ultimately be...