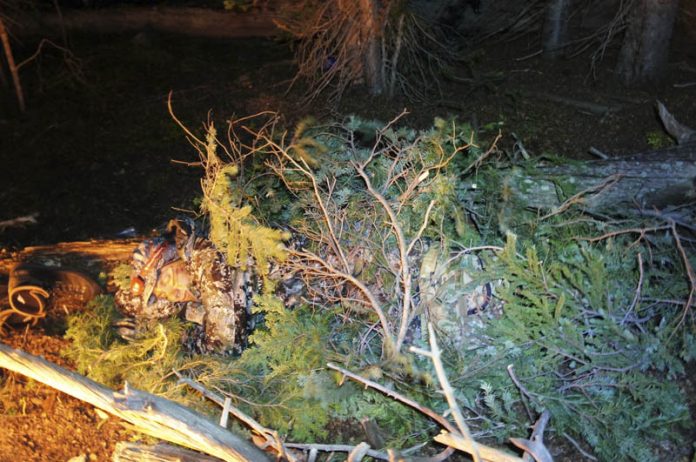 Most of you probably haven’t heard of the “Good Idea Fairy” (we’ll call her GIF for short) but you probably know her. She’s that sneaky little bitch that creeps into your dreams in the middle of the night, sprinkles fairy dust up your skirt, and you wake up the next day with these amazing ideas that are fool-proof (or so you think).

My first dealings with her were in the military, and it wasn’t pretty! My squad had been training for weeks on a specific mission, and at the last minute the higher ups threw in a “frago” (fragmentation order) and changed everything at the last minute. I can’t go into any details, but like most missions that go south, men died, men were injured and the mission was a failure. What was the problem? The intelligence community was struck by the GIF at the last minute and our well laid plan was changed drastically.

That may have been my first encounter with the GIF, but it wasn’t my last. She continued to strike throughout my military career, during my time as a contractor, and she still pops her head out from time to time in my mountain hunting career. I have a much better handle on her now, but she definitely preys on the inexperienced and wreaks havoc when planning a backpack hunt! 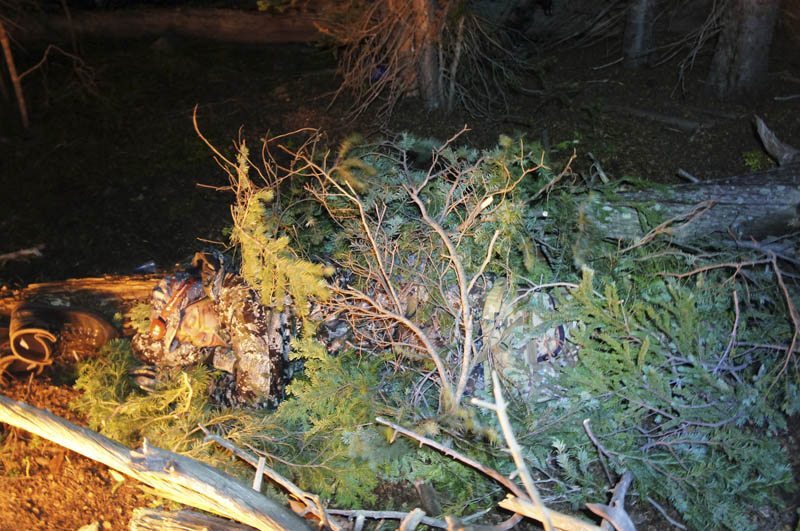 High dollar gear is great, but experience and field craft is better

Packing too much gear can make for an ugly hike up the mountain, but on the flip side, not enough gear can make for an ugly stay on the mountain or a miserable, defeated hike off it!  Most experienced hunters have a consistent, core gear-list that never changes, and if it does, it’s for a very good reason. The gear these men carry has been battle-tested, mountain-proven, and it’s lightweight, functional, and bomb-proof! The other thing these veteran mountain hunters have, is experience and expert field craft. This makes for a deadly combination when mountain hunting and is something that will be hard learned and earned for a rookie.

Your basic packing list SHOULD be pretty simple: sleep system, stove, optics, clothing, food and essentials (or something like that anyway), but the GIF will usually sneak in and throw a monkey wrench in things. It’s amazing how much gear one person can add to a packing list at the last minute, and what key items can be taken away just as easy. The saying that “ounces = pounds and pounds = pain” is something to keep in mind, but an even better saying is “it’s always easier from the arm chair”, so having a gear list that has been picked through with a fine tooth comb is vital. 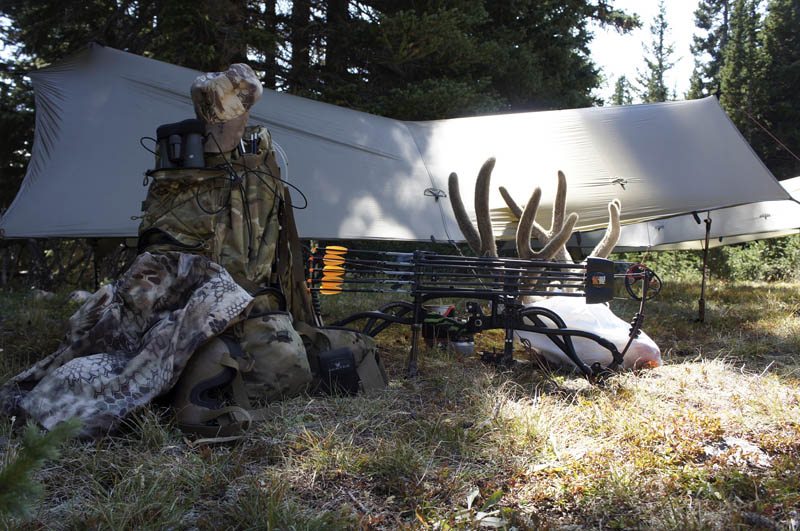 * Your sleep system (bag, shelter, pad and pillow), should weigh between 5-8 pounds

* Use Lithium batteries on all your electronic devices

* If you know what you’re doing, a Havalon knife is plenty for breaking down an animal

* You’re going to stink anyway, so things like deodorant and soap can be left behind

* You won’t be rappelling out of a Blackhawk, so 25-50 feet of 550 cord is enough to accomplish any task

* I’m a firm believer in customizing your gear, so hack off anything you don’t need

* If you’re going in with a buddy, don’t double up on gear like stoves, & water filters. I draw the line at toothbrushes.

* Test every piece of gear thoroughly, and then test it again to be sure

Cotton will kill you, but synthetic and Merino can make you go broke

Clothing has got to be one of the most over-packed items for inexperienced mountain hunters and the GIF will make sure and jump on your shoulder and whisper “You better take every piece of clothing you might need… It’s not that much extra weight”. This will help ease your concerns at the time, but you’ll be kicking yourself in the ass for packing so much as soon as you start chugging up the first ascent. On the flip side, you don’t want to freeze to death either, so you need a well thought out clothing list that goes along with the time of year you’ll be hunting.

Clothing companies like Core4, First Lite, Kuiu and Kryptek have all done a great job at keeping the backcountry hunter happy, but this hi-tech clothing will come at a price, SO SPEND WISLEY! Some of you may not know where to start, so here are a few guidelines to help keep you warm while sparing your wallet any unnecessary pain.

* Only bring the pants you wear in

* Bring one extra set of socks and underwear (at the most)

* I normally bring one base layer, but two won’t kill you. Just make sure you bring what’s NEEDED

* A puffy jacket will keep you warmer than several layers combined, so bring one of those for sure

The things I mentioned aren’t set in stone, but remember… weight stacks up fast and pounds = pain, so try and minimize the clothing you pack.

NOTE: If you’re camping in extreme wet or cold weather/late season, additional clothing will need to be added. 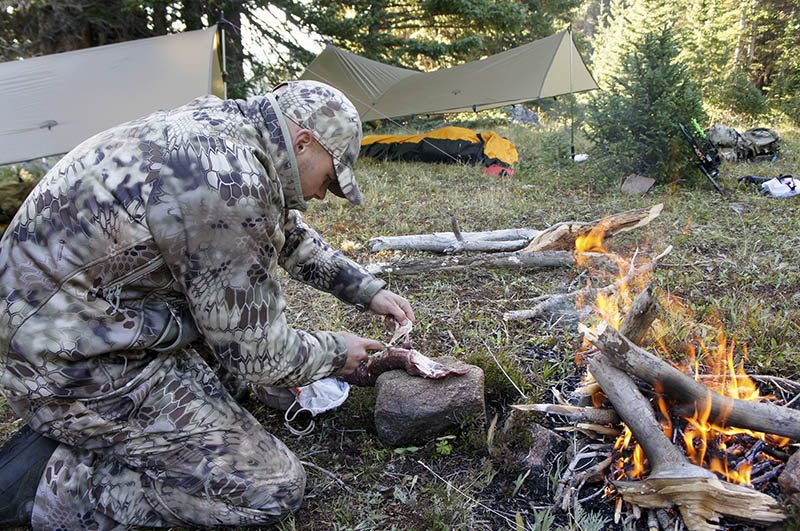 Food is the Devil, and the GIF will tell you to bring too much

Lack of experience is a big factor on this one, and again, the GIF will be your worst enemy with food!  I don’t know how many of you have gone on a backpack hunt, but food is your best friend and your worst enemy, all in one. You need it for energy, as well as to survive, but it is inevitably one of the heaviest items in your pack. I would guess that 95% of new backpack hunters will bring too much food on their first trip, and will probably make that same mistake a few more times until they get it right. It will be hard for most to KNOW how much food they will need for a backpack hunt without a few dry runs, but for me, 2,800-3,200 calories per day is plenty and I can get by pretty easy with 2,500 per day as well. This doesn’t mean you’ll be the same, as everyone is different, but you can survive at least 2 weeks with no food J, so the chances of dying from starvation are pretty slim! On the other hand, you do want to feed your body with enough fuel to keep the energy level up, so a well-balanced/high caloric diet is a must!

* If it tastes like shit at home, it won’t get any better on the mountain

* Test everything you eat before you go, as some “backpacking” food may not agree with your stomach

* Keep your meals as balanced as possible; carbs, fat and protein are your friends

* Daily caloric intake will vary from person to person, so find your “happy place” with daily calories

* Making individual daily food bags will help with over/under eating, and this is something I suggest for all beginners

The facts should be more than enough motivation for you to keep hydrating yourself, but I will mention it one more time….DRINK WATER! I consume a minimum of 4 liters a day when hunting, but if water is close to camp, than I will drink more when I can. High altitude, heat, and exertion are the perfect recipe for dehydration.

I use a 4 liter MSR Dromlite for my standard bladder, and pack an additional 6 liter Dromlite if water is scarce (this is used for camp). The Dromlites are very lightweight and worth bringing for sure. I also bring powdered drink mix to help the water go down a bit easier, but this drink mix will also help refuel electrolytes that are lost when sweating during physical activity.

The best thing you can do is drink as much water as possible before, during and after the hunt. 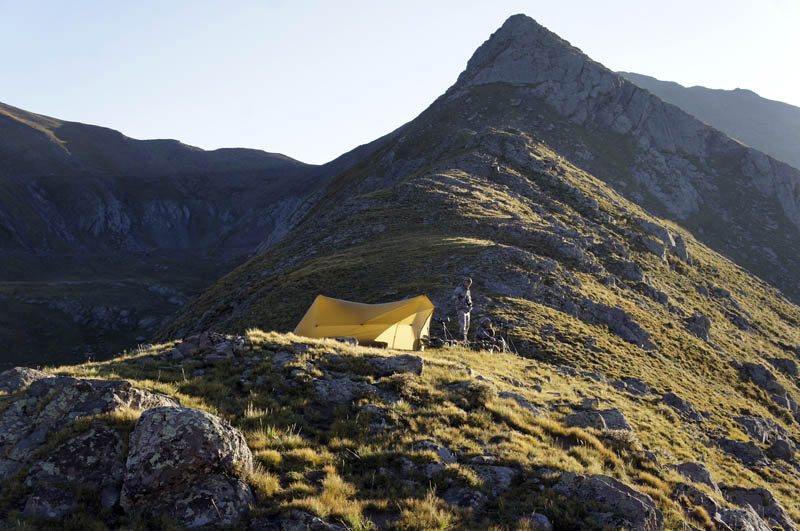 I’m one of those unlucky guys with sensitive feet and my heels are the biggest culprit! I’ve struggled with this all of my life and I definitely can’t just buy a set of boots and head up the mountain.

There’s no perfect boot for everyone, but here’s a few guidelines to help shorten the learning curve:

* New insoles can help out, but they need to be tested too. Don’t let the GIF talk you into new ones at the last minute!

* Start breaking in boots/insoles well before season with a weighted pack. You’re breaking in your feet as well as the boots.

* Everyone’s feet have a breaking point, so moleskin, duct tape and standard foot doctoring kit should always be packed

* Professional boot fitters will get you into the right footwear. Buy from experts when possible (I trust Lathrop and Sons)

* If you think you may have issues with your current footwear, you’ll find out at the worst possible time. When in doubt, swap them out!

Most of the things I’ve talked about in this article can be learned with experience, but you can save a lot of suffering by sticking close to these guidelines. You’ll still make a few of your own mistakes, but take advice from experts, build a solid plan, and when the Good Idea Fairy hops on your shoulder, you’ll be able to choke her out before she ruins your hunt!