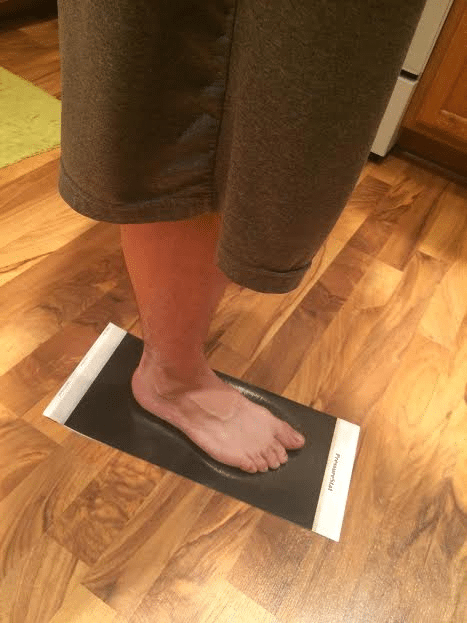 For years I have been told that Lathrop & Sons do a great job helping you get the best fit out of any boot, whether it be one of theirs or your existing boots. But it wasn’t until recently that I was able to test out their Custom Boot System and see what others were talking about. I tested this system—which is a process to make sure your boot is properly fitted to each individual foot—inside the Lathrop & Sons Tech-Light Hunter and along with their High Country Synergy Footbeds.

The main purpose of this review was to test the fitting system and the Synergy Footbeds. I was excited to give the whole experience a shot. Using a new boot would give me the whole experience but the boot isn’t my focus of this review. If you’re interested in the boot, see these past articles: Luke Moffat’s Tech-Light Hunter Review and Robby Denning’s Breaking in the Tech-Light Hunter.

When I first started on this journey, I really didn’t know what it entailed. I got in touch with Stephen Lathrop and got the ball rolling. He sent out a 3D Mapping and Tracing Kit that I received in two days. I took imprints and pictures of my feet then sent them back to await consultation that would further determine what is best for my feet. 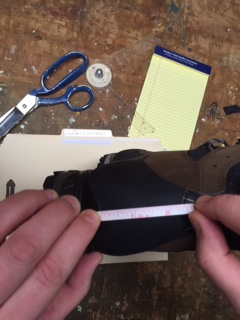 Once Stephen called back, I was in for an education. I learned more about my feet and what I had going on than ever before! I had no idea I was wearing a half-size too small boot. Stephen and his brother James were throwing out terms that I have never heard before! From the simple foot map and the photos, they could determine how I walk and everything! It was very interesting to hear their expertise about what was needed to fit me correctly. In our discussion, we also discussed my hunting habits that would help him further understand what I would need for my boot.

I could find out the next day as I already had a hiking trip planned and then just a couple days after that, an elk hunt that would further test them. Normally I am not a fan of taking a brand new pair of boots on a hunt like that without breaking them in first, but what better way to test them?! 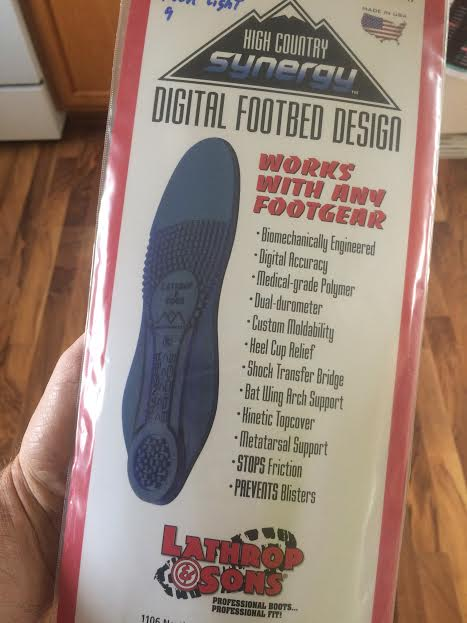 Initial impression and feel of the Synergy Footbeds were top notch and the comfort level was great! Upon putting the boots on, the sole felt very stiff with little flex. I had to remind myself that these were a pure-bred mountain boot built to harness those mountains and heavy loads. The comfort level seemed good but that can be so hard to tell when you first initially put on a boot. This can also make it hard to read the feeling of the Footbeds but nonetheless they felt great!

My initial test included a seven-mile hike with varying terrain and plenty of incline in a short time, all with a 40lb pack. In the first couple of miles, I had a pain on the outer side of my left foot that was very uncomfortable. I chalked this up to my feet getting used to the fit of a boot that had only arrived the day before. After mile three, the pain went away and the comfort level was good. The Footbeds felt great and seemed to make an ideal layer for my feet to settle into.

Elk season arrived and I was able to really put the boot system to work. In five days of elk hunting, I was able to put just over 40 miles on the boots. Terrain was mostly rough and steep. I still carried that 40lb pack. The system performed great and was very comfortable.

Then on day three, I made a very steep 2000′ climb, mostly straight up it seemed! I have never had a boot that didn’t give me a blister on the back of my right heel. Up until this point I thought I didn’t have that problem any longer. Although a full on blister didn’t form, I could feel one coming on. This caused a bit of disappointment but I also knew that I could get a hold of Lathrop and Sons after the hunt to revisit the problem and make adjustments. The warm spot never required moleskin.

I continued the rest of that elk hunt and got into heavy, wet snow and the boots kept my feet dry. The Footbeds still remained comfortable with no bunching up or slippage inside the boot. The bat wing arch support was noticed and I think this helped lock my foot into place a bit better along with the heel cup of the insole.  Then I really tested all this thoroughly over the 2.5 trips that it took to pack out my quarted bull four miles. 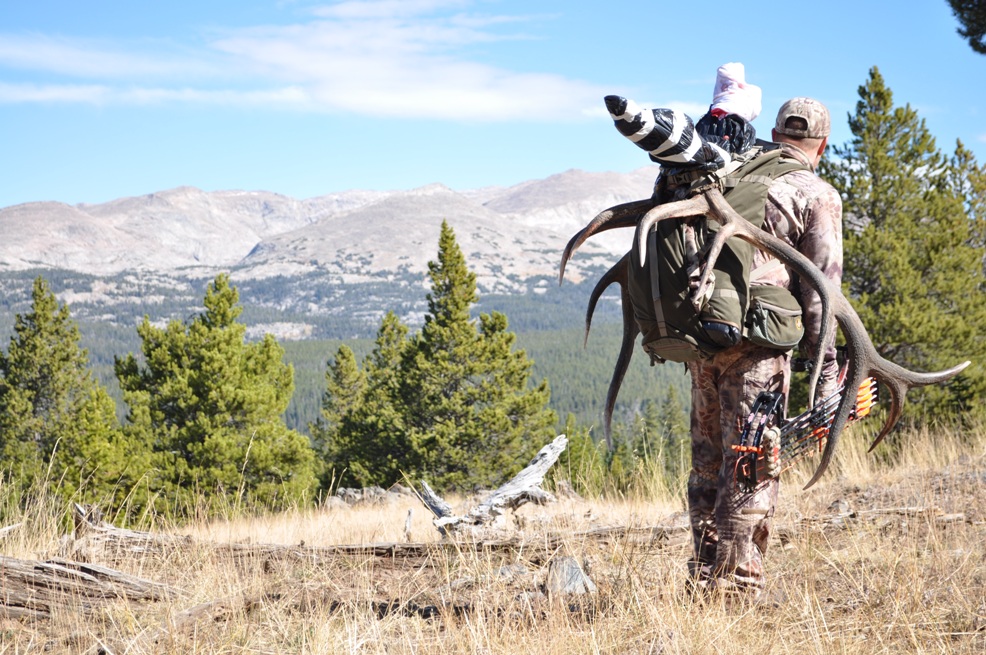 After that hunt, I spoke with Stephen and we went through another questionnaire. I marked the boot where the blister was forming, took more pictures of my foot and then sent the boots back to be altered. It was likely that the heel cup wasn’t fitting my oddly shaped heel the correct way. The boys did their magic and applied various amounts of heat to areas of the boot to get the heel cup to adjust.

After getting the boots back and giving them another try, the boots fit me better than I imagined they would. Another 50+ miles in rough country and the whole system was performing well—my problems were fixed! Their adjustments and fit process made these boots fit far better than any other boot I have used in the past. Now if only the military would do this for us war-fighters! Another great thing I will keep in mind is that I can always consult with Lathrop & Son’s to revisit any issues I may have in the future.

Up until this point, I have only bought boots and insoles at local sporting goods stores and too often experienced problems somewhere along the way. The expertise from Stephen and James at Lathrop & Sons made this an entirely different experience. They have a combined 50+ years of experience in the science of podiatry and orthotics that directly relates to getting the best fit in a hunting boot. I think this test this test proved it’s working.  At $150 for the Custom Boot System (if you buy Lathrop & Sons boots/footbeds, that amount is applied to the purchase) you’ll save that cost the first time you don’t have to closet yet another pair of ill-fitting boots that seemed fine out of the box.

I am a firm believer now, foot problems or not, that it is really in your best interest to get boots custom fitted to your feet. After all, this is your first line defense when it comes to hunting. If your feet are uncomfortable, your hunt will be as well, limiting your effectiveness. Do yourself a favor!

You can discuss this article or ask Jared questions here

Jared hunts several western states each year in pursuit of antelope, elk, mule deer, and whitetail.  His adventures allow him to test a multitude of gear and weapons. 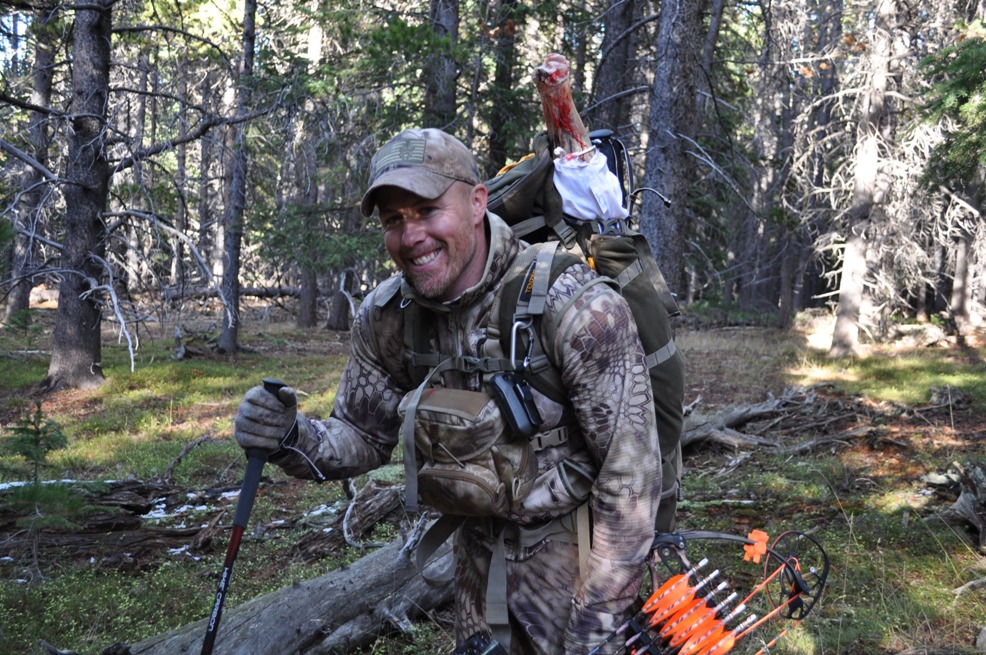