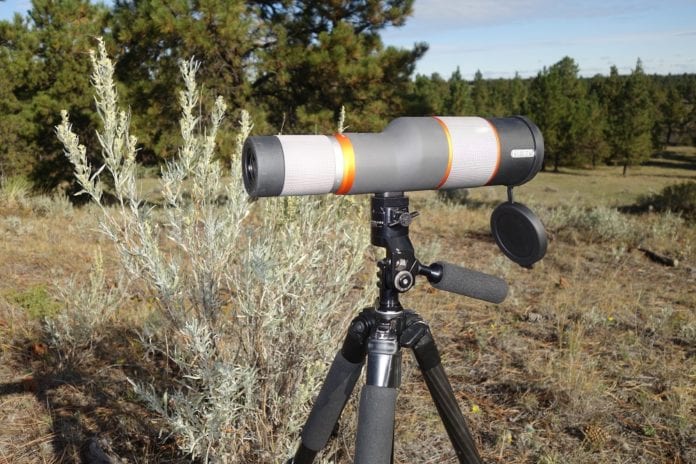 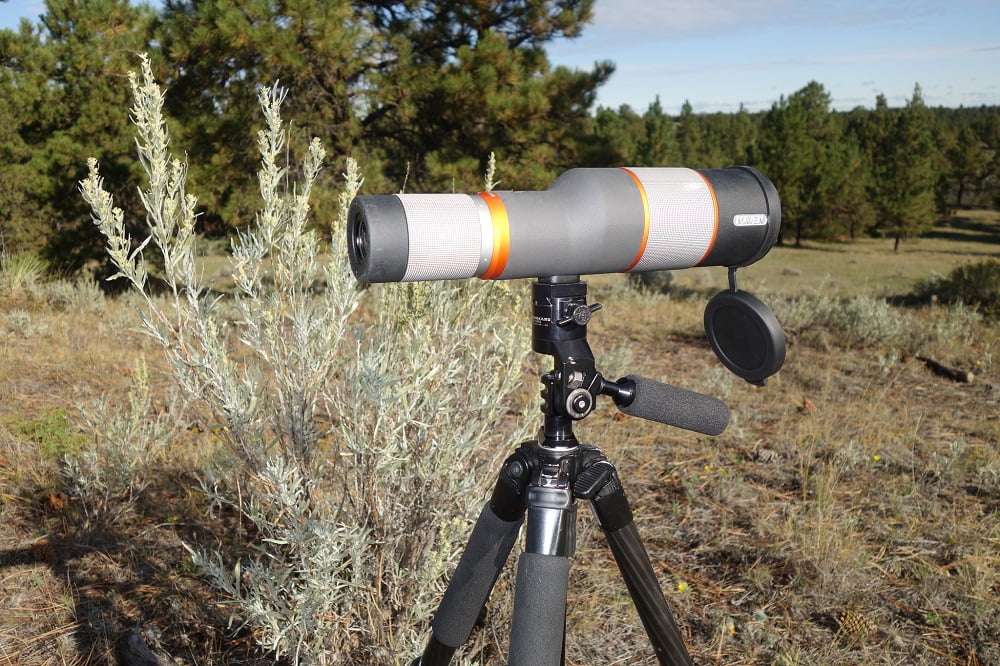 In the past few years, I have had multiple backpack type archery elk tags that I chose not to carry my spotting scope.  My reasoning was that elk are so much bigger than deer that I wouldn’t need a scope to be able to accurately judge them.  On each of those hunts, I found elk with my 10×42 binos at distances that did not allow me to accurately judge the bulls.  Multiple times I found myself hiking countless miles to pursue those bulls only to find out they weren’t what I was looking for upon getting closer.

Losing valuable time because you made a four-mile loop to investigate an animal that isn’t one you want to kill will make you reconsider your gear, doing it repeated times will make you question your intelligence.  A spotter would be in my pack in 2019.

This past winter Maven released the S.2 and it instantly had my attention. More info here. The S.2 is a lightweight compact scope that has a magnification range of 12-27 and a 56mm objective.  It weighs in at 34 ounces and is only 11 inches long.   Arrangements were made for a review and I had my spotter for those hunts where I didn’t need a giant 80-95mm scope.  If you are not familiar yet with Maven, check this out. 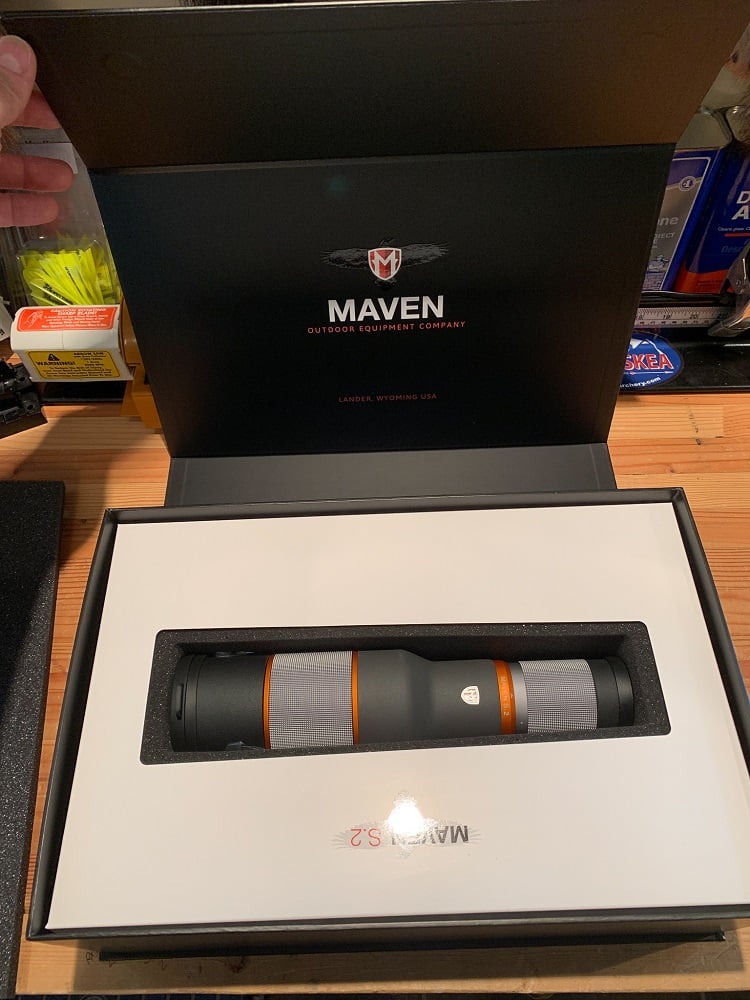 The scope came in a nice presentation box, Maven puts a focus on small details and the packaging is no different.  The scopes finish and appearance was top notch and every detail looked very well built.  It comes with a neoprene slip-on cover and caps for both the eyepiece and objective.  At 11” it takes up a lot less space in my pack and 34 ounces is much lighter than I have been carrying.  The focus adjustment ring is in the center of the body and the magnification is at the eyepiece.  Both were stiff to turn and took more effort to rotate than I would like, but I assumed they would loosen a bit with use.   The body of the scope is magnesium/polymer but the focus and magnification ring appear to be aluminum.  You can see all the specs here. 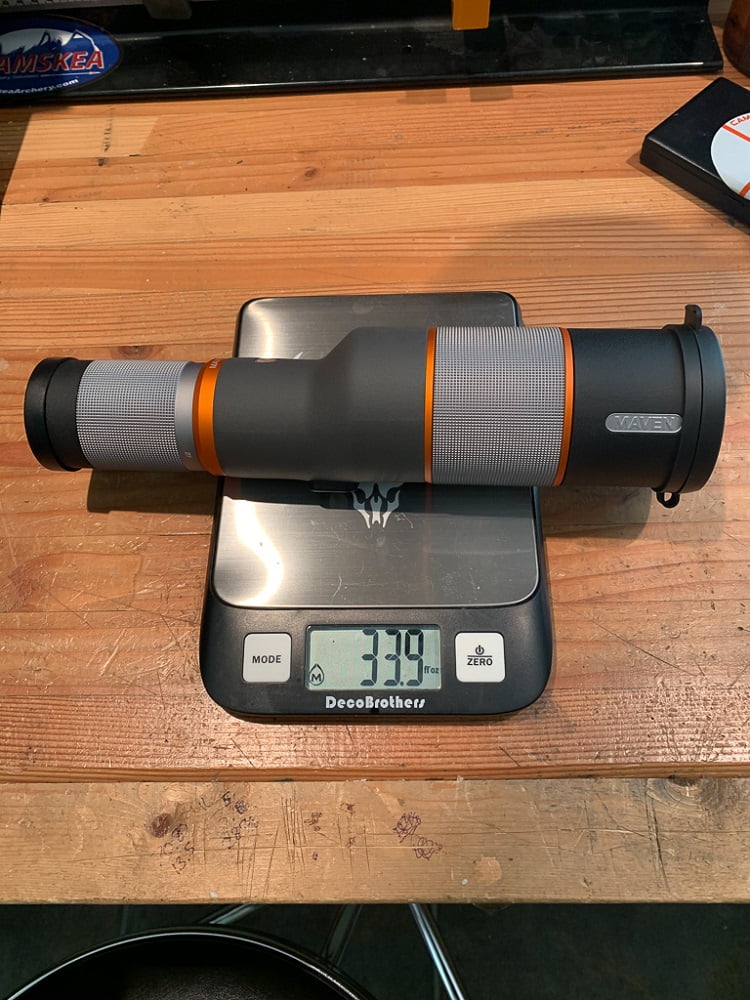 As with Maven’s other optics, you can order the S.2 in multiple colors and camo offerings.  The standard is what I received, Grey and Orange.  The S.2 sells for $950. 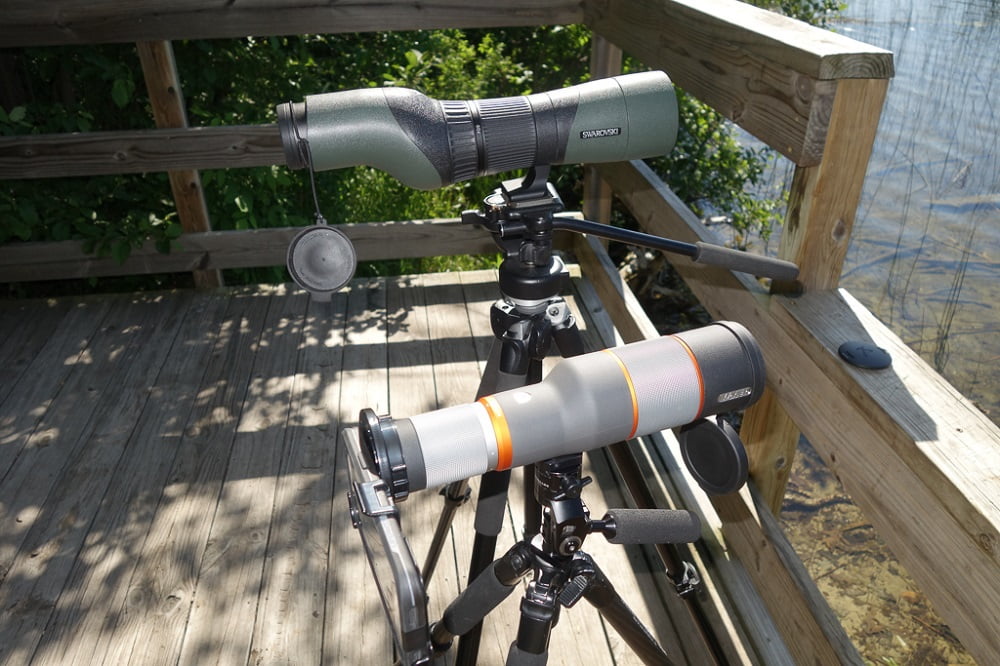 I wanted to get the scope out and compare it to my other spotting scopes but I didn’t really have a comparable model, so I put it up against my Swaro STX 65.  As you might expect, it’s wasn’t an apples to apples comparison against a scope that cost more than three times what the S.2 does.  With that said I was impressed by the tiny S.2’s clarity and FOV.  The depth of focus was not as deep as I would like and refocusing was needed when looking at slightly varying distances.  Overall, the S.2 was easy to get focused, had clear glass and usable FOV. 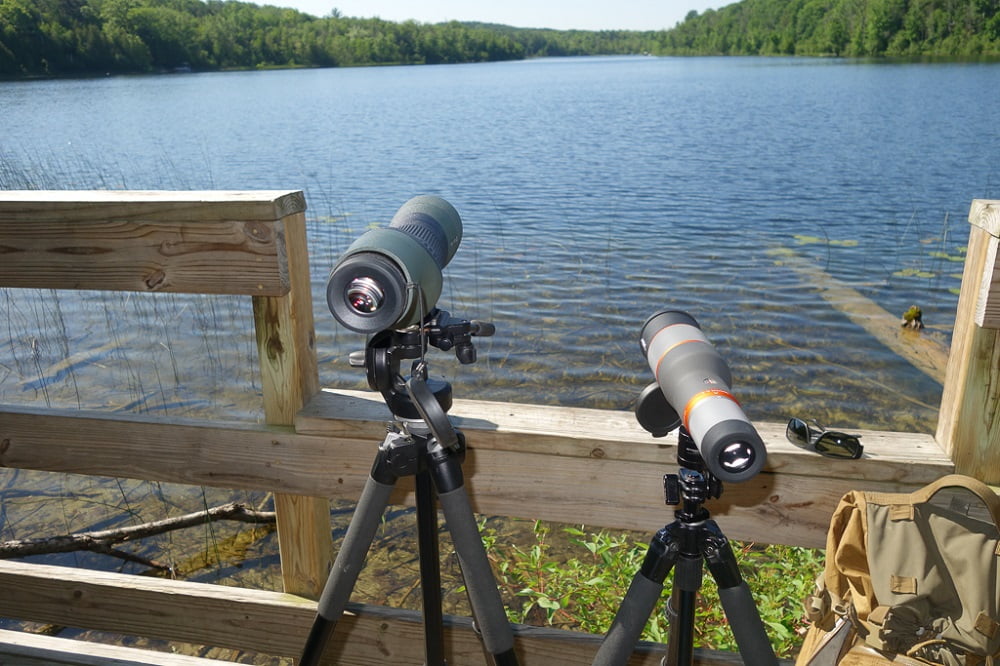 Robby Denning was willing to take the S.2 and compare it to a similar model of spotter he was testing and you can see that here.

I picked up an adapter from Phone Skope to use with the S.2 and just like my other Phone Skope products, I was happy to pack them on every hunt.  I could unscrew the eyepiece adapter for my other spotters and screw on the S.2 adapter in seconds.  They now have an app that helps to clean up pics and videos too.  I would recommend Phone Skope to anyone wanting to digiscope with a spotting scope. 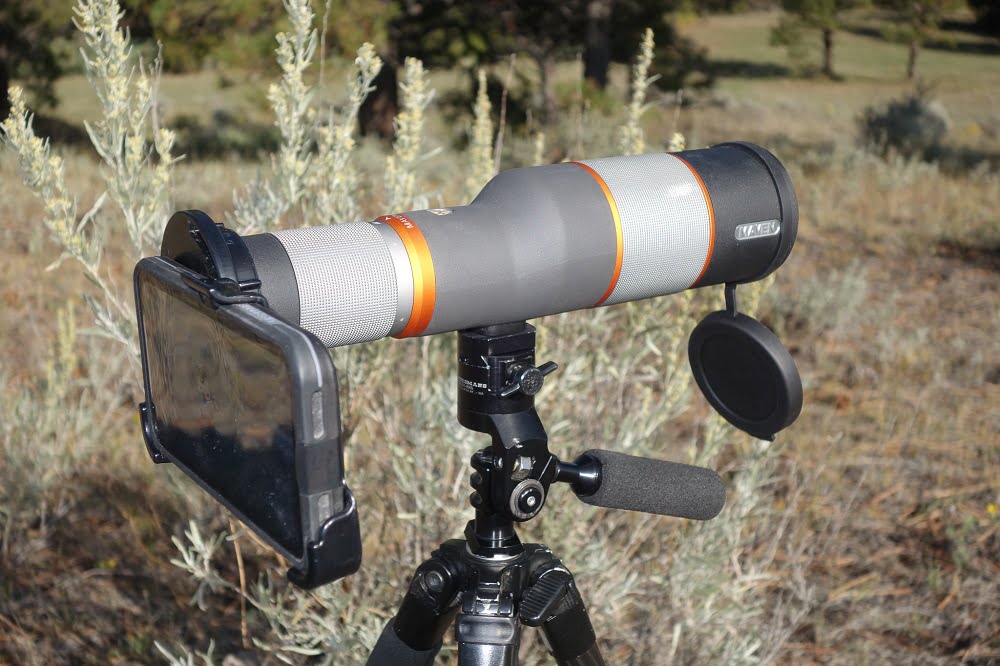 I took the S.2 to Montana on my archery elk hunt and was never left with the feeling that I needed more scope.  I hiked a lot of miles in search of big mature bulls and having the scope in the backpack to confirm if a bull was worth chasing or not was highly valuable and hardly noticed.  I am not sure I will ever chase elk without a spotter now.  Obviously, if you aren’t picky about what type of bull you want, this won’t apply to you, but don’t discount the fact that a spotter stretches your effective hunting circle increasing your odds of finding elk, regardless of antler size.

Pictures were taken using the Phone Skope and Maven S.2. 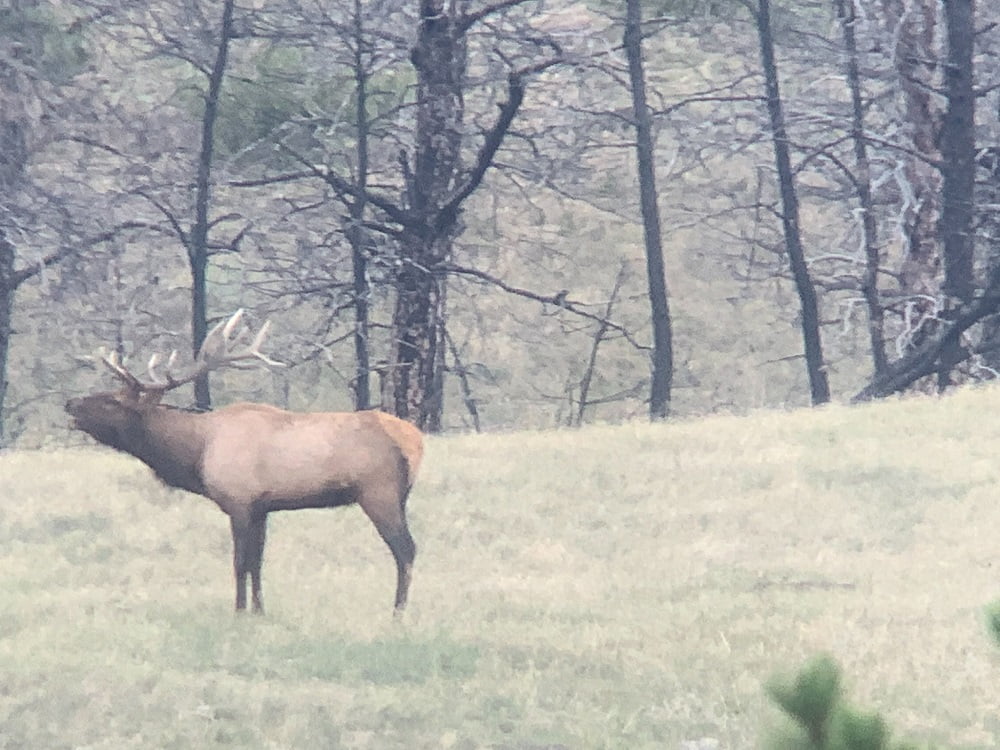 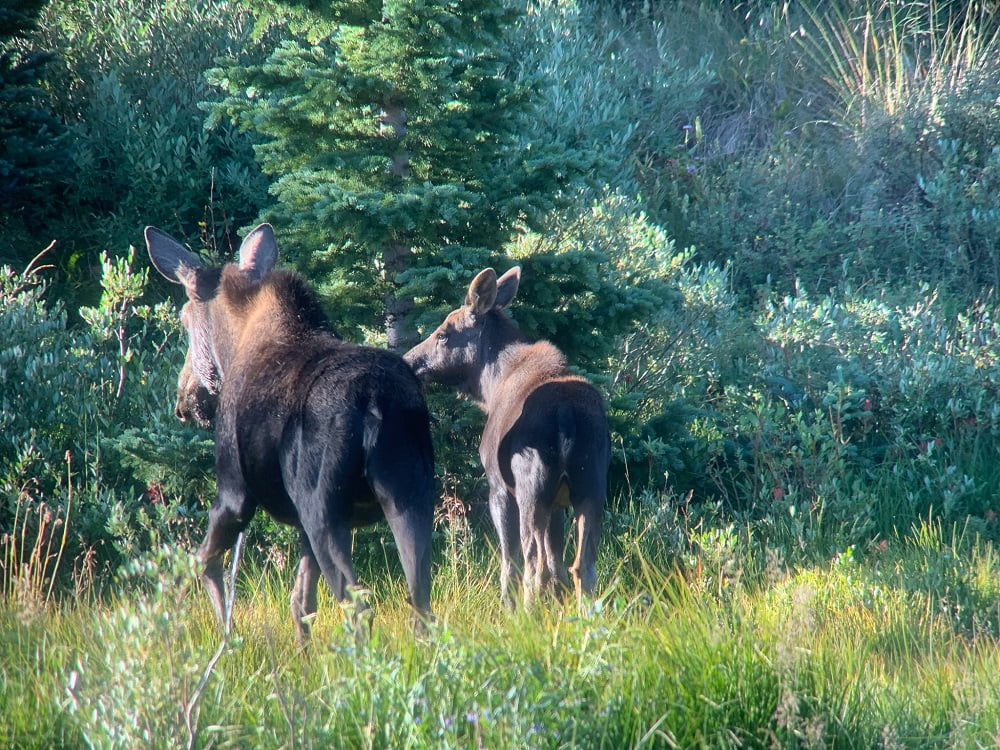 To save some weight in Colorado on my rifle elk hunt, I packed the Maven again with confidence that I would be able to use it to judge potential bulls and I was not disappointed. 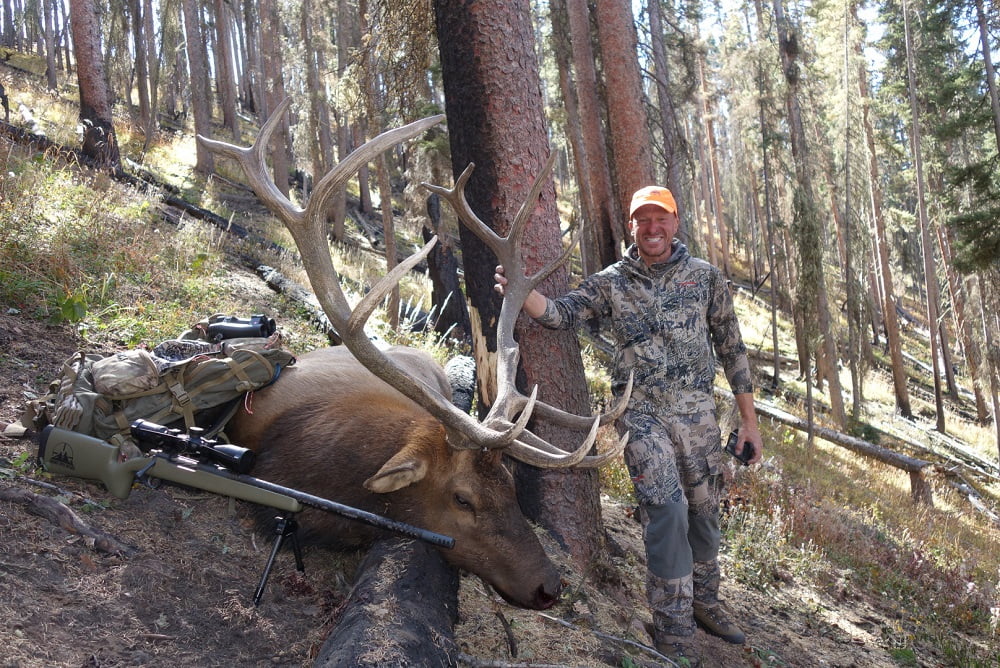 For $950, the Maven S.2 is a great value in my opinion.  It’s not going to replace my larger spotter for deer hunting, but it fills a lightweight need for when a smaller scope is desired to save weight. Order yours here.

You can comment on this article or ask Tony questions here.