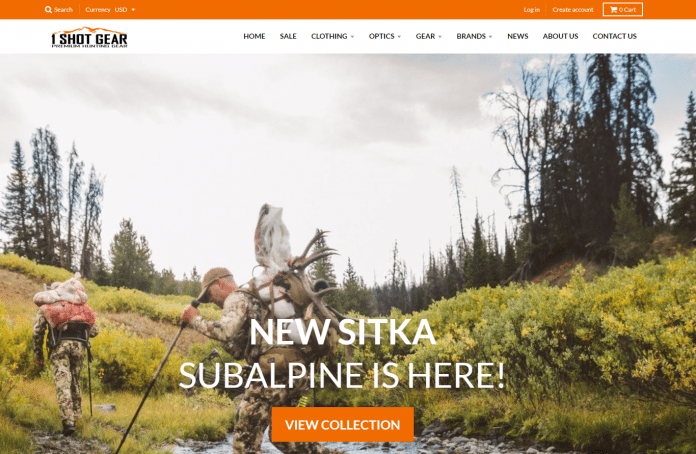 Aron Snyder introduced me to a great new company a few months ago.  Based out of Englewood, Colorado, 1-Shot Gear is now a full Rokslide sponsor and ready to help you with your premium gear needs.

I recently interviewed owner Alex Bourlakov and store manager Grant Gladson about how 1-Shot Gear can help Rokslide members.  It only took a few questions to figure out these are not suits & ties who happen to own a hunting gear business.  They are serious hunters who spend weeks in the woods testing and using everything they sell.  Take a few minutes to meet 1-Shot Gear and get entered to win a Kifaru DT1/Duplex pack system.

Robby: So Alex, how did 1-Shot Gear come about?

Alex: I grew up in Northwest Russia where it gets very very cold.  The outdoors were my passion and I learned early how critical and essential gear is for operating in the backcountry.  I’ve been in the U.S. since 1992 and fell in love with the outdoors and especially hunting the Colorado backcountry. Naturally, I started selling gear in 2009 out of my garage and soon my wife was “kicking me out” into a real building.

Robby: So you’re a brick-and-mortar store?

Alex: Yes, but more than that, too.  We are located at 4720 S Santa Fe Circle, Unit 5, in Englewood, but we have two more channels for getting premium gear out to hunters.  We offer an internet store (and ebay) along with whole-sale outlet capabilities.

Robby: So tell me about your store manager, Grant.

Alex: Grant came on several years later.  He was a natural fit as outdoors is where his passion lies.  He only believes in selling high-end gear he’s used or trusts himself.  He runs the store in Englewood and will likely answer the phone when you call.

Robby: Speaking of high-end gear, tell us about some of it.

Alex: We carry Blaser Rifles, Berger Bullets, Nightforce Optics, Sitka Clothing, Hilleberg Tents, Zeiss Scopes, Leica Optics, Kenetrek Boots, and way more than I could list here.  Basically, I won’t carry cheap gear.  If I can’t trust my hunt to it, I wouldn’t expect my customers to.  I’m not trying to sell the cheapest gear, but the best.

Robby: I see you support more than a few conservation organizations.

Alex: I believe in supporting the organizations that make our sport possible like the NRA, Rocky Mountain Bighorn Society, Safari Club, Rocky Mountain Elk Foundation, and the Colorado Bowhunting Association.    We also support the Navy Seals Foundation and Care4Kidsworldwide.

Robby: So you’re the exclusive Kifaru dealer now.  What does that mean to Rokslide members?

Alex:  I think Kifaru packs are the best out there so I arranged to be an exclusive dealer.  I can get you a Kifaru pack immediately instead of in a few months.  We carry the EMR II, the Bikini and Duplex Platforms & Frames, the Nomad, and all accessories.  We believe in this product and want to speed up the process of accessing Kifaru Packs.

Robby:  On that subject, tell Rokslide how they can get in on your Kifaru givaway. 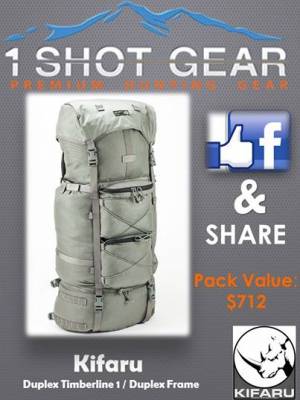 Alex: We’re offering a Duplex Timberline 1/Duplex Bag valued at $650 through our Facebook page at https://www.facebook.com/1shotgear.  Just visit that link, Like and Share, and you’ll be entered.  The deadline to enter is August 18th.

Robby: Great deal buddy, and good to meet you!

So Rokslide members, there’s your chance to get in on a great giveaway.  Consider 1-Shot Gear for any of your high-end gear needs.

Coming up later this week on the Rok Blog: I’ve been to Nevada scouting for mule deer.  Find out what I saw and how it affects the upcoming Live Hunts. Also, I’ll be announcing the winner of the Force Recon Tactical Scope Rings with Integrated Level.