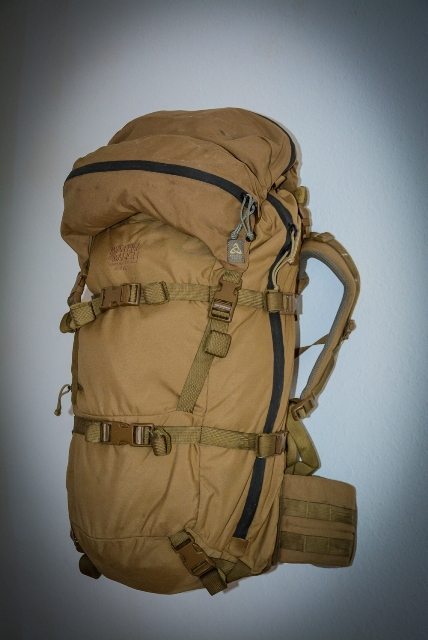 I started tesing Mystery Ranch’s updated Metcalf last summer.  I was able to drive to their Montana location to meet the Mystery Ranch crew and get fitted for the Metcalf.  I posted my initial thoughts after some short trips into the field last August.  To see how this testing process started off, check that post here.

Fall was at my doorstep before I knew it and due to an unexpected delay on a home improvement project, I found myself missing the first two days of archery elk camp.  My buddies Jared and Kenny had wisely left without me. I could only cyberstalk them as I received SPOT messages about their camp locations in some of my favorite Western Montana elk country. Finally, though, all the tile mortar was setting in the home addition and I was free.  The next day I was off in the early morning dark headed for the September woods with weeks of vacation ahead of me. The Mystery Ranch NICE Metcalf rode shotgun, ready for the challenge.

Like a good geocacher, I found my buddies’ camp at the last SPOT location and roused my friends from the tent in the dark. After putting up with the typical better-late-than-never pot-shots, we had the backpack belts tightened and were up the mountain. Following a tip from Mystery Ranch’s Andrew Jakovac, I ran the belt strap ends through the plastic slide loop at the end of the belt pad. When so rigged, I could use the mechanical advantage to pull the belt tight.

As we side-hilled through some lodgepole timber in the gray pre-dawn morning mist, a faint bugle drifted down from the divide. We hastened our pace and arrived near the top of a finger ridge just in time to hear the bugle again, but closer… Jared and I set up about 40 yards apart with Kenny calling downhill behind us. The wind was downslope and it almost seemed like it might work. As Kenny let out some soft mews, I threw the Metcalf down and grabbed my rangefinder out of the top pocket on the Alpine Lid. I zapped some landmark ranges, nocked an arrow and crouched listening.

The bull bugled and raked trees three times coming down that hill before finally peaking out of the alders about 50 yards away. He was a solid bull, with well over 300 inches of antler topping his cap. Kenny’s gentle coaxing cow calls were too much for him as he beelined across the draw to a mere nine steps in front of Jared. The bull’s sixth sense had kicked in, and he just started to turn when Jared’s arrow flew, sinking hard into his side. The bull launched forward and torpedoed right toward me, throwing dirt as he veered by me only yards away. He went out of sight in the timber across the draw, but I heard the air leaving him as he went by and knew he wouldn’t be far. 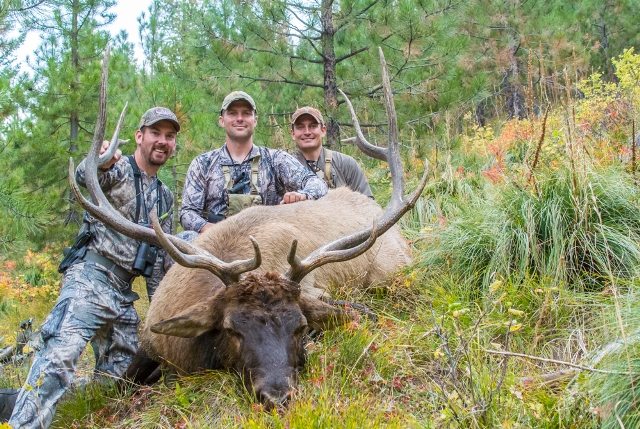 I grabbed a snack out of the lower pocket on the Alpine Lid and sat down with Jared to give the bull a few minutes to expire.  About a half hour later, we found him in some short pines not 200 yards away. I flopped the Metcalf down on its side, unzipped the side-zip and pulled out my tripod for pictures. I had my camera safely stowed in the Mystery Ranch Flip Top Box padded belt pocket accessory. 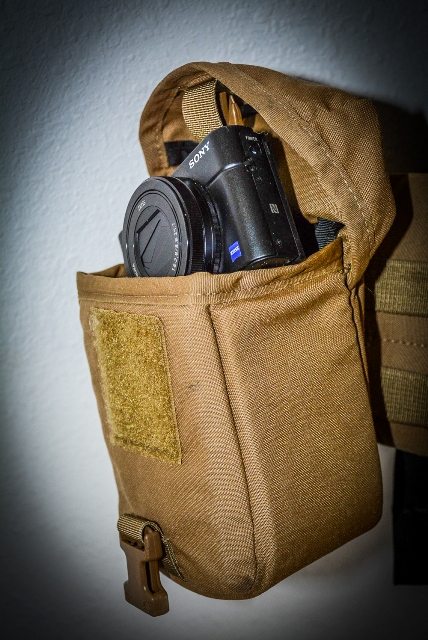 The protection and convenience of the “Flip Top Box” accessory

As luck would have it, we were less than a mile from a road, so we left the bones in and packed the quarters “the heavy way.” I emptied most of my day gear from the pack and unclipped the Alpine Lid to go with the lighter front quarter on the the next trip. Then I settled the Metcalf down on its suspension, unclipped the buckles, flopped the rear quarter on, and sucked up the straps. I was done before I knew it, but I had to help Jared shimmy a quarter into his bag, which took a little work from both of us to get done. The Metcalf’s load shelf design was much easier than his to get loaded.

With the pack loaded I winged it up on my back and tightened the belt and shoulder straps. There was little doubt there was a significant amount of weight, but I couldn’t feel a hot spot anywhere. I gave the load lifters on the lift kit a tug and had the weight where I wanted it. The walk out wasn’t too bad, and after one more pack trip we had everything cooling down at camp. It was then that I realized how much better I felt than I had on some past pack-outs with mid-range pack options. 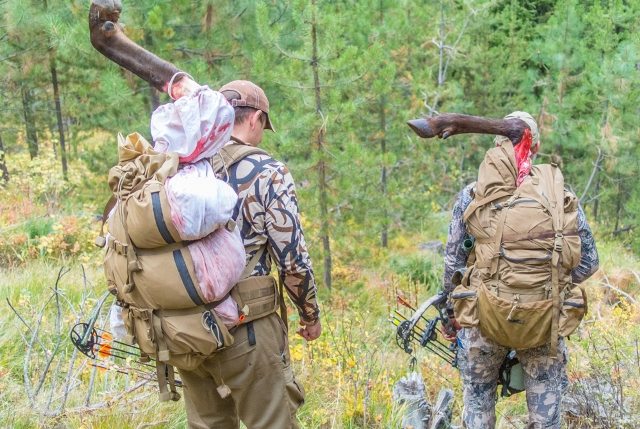 Over my time with the Metcalf I noticed the pros and cons:

1. Excellent build quality and durability: Everything worked and nothing broke.
2. Versatility: The pack is at home on everything from day hunts to weeklong backpack trips.
3. Load Shelf: I loved how this feature was implemented on this pack.
4. Value: At $549 for frame, pack, and lid, the pack is only about $150 more than mid-range competitors with inferior performance, while being notably less expensive than some of the high-end competitors.

1. Effective load lifters require the lift kit. These are needed.
2. The NICE frame could go on a diet.

Ounce counters have some true ultralight options on the market, but when it comes to a pack that offers heavy duty performance, a great feature set, and real-world versatility all at a reasonable weight, the Metcalf doesn’t disappoint. This is a top-tier pack built for the long haul and serious use. Mystery Ranch backs it up with stellar customer service and loads of accessory options. Check out all the options at mysteryranch.com/hunting.