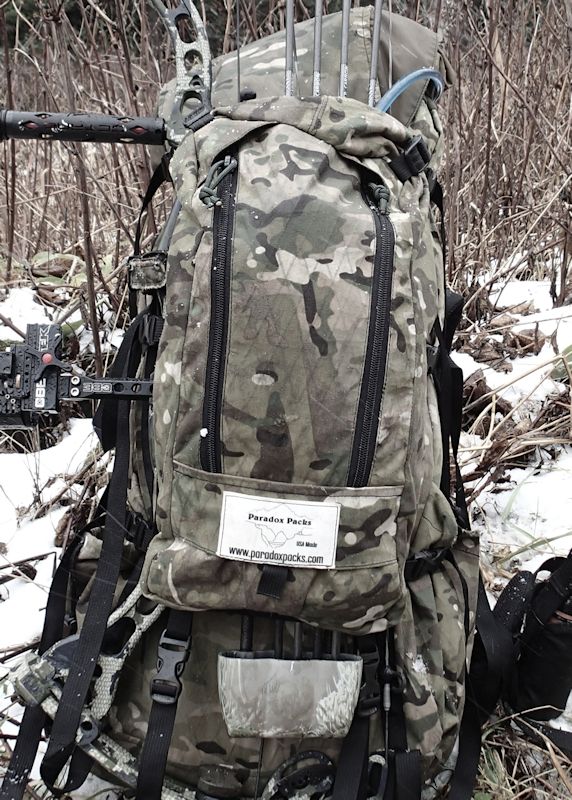 These were the claims being made about Paradox Packs over a year ago while I was trying to decide what new pack to spend my hard-earned dollars on. Fitting descriptions, I thought, given the name of the pack. But, could this young pack company deliver on their claims? I decided to give them a shot.

In the fall of 2013, I bought a Paradox Evolution frame, 6300 cubic-inch pack bag, with a lid and the Day Talon from Seek Outside. By my calculations, I logged a total of at least 290 miles scouting and hunting during 2014 with this pack. About 72 of those miles were off-trail through rough terrain and about 17 miles with loads exceeding 80 pounds. Probably about one-third of the total miles were with backpacking gear, weighing approximately 25-35 lbs. In this review I’ll go into detail on some of the unique design features of the pack and talk about how the pack performed for me. 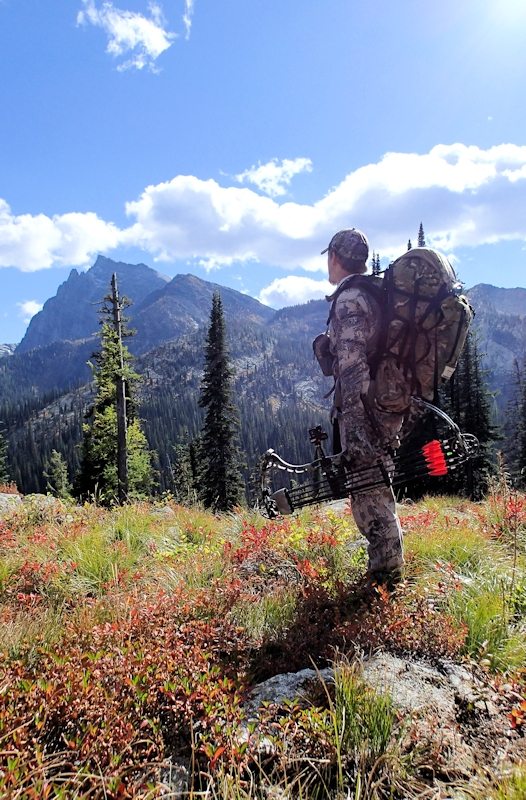 The heart of the Paradox pack system, and what I believe sets this pack apart from other packs, is the 2 lb, 8-ounce Evolution frame and suspension. The frame is made of two contoured, L-shaped pieces of tubular aluminum joined together to form an articulating “U”. It also has a wrap-around shape, ensuring that the load is as close to the wearer’s back as possible. I found that the tubular frame provided the necessary rigidity to support heavy loads and the articulation allowed the frame to flex as I twisted my torso. The base height of the frame is 24 inches, which I used for day hunts and backpack hunting. But when meat was on the ground, I added the 4-inch frame extensions which provided some extra lift and made a huge difference in heavy load-carrying comfort. This conversion was easily done in the field in a matter of seconds. Attached to the frame are three compression straps on each side and a load shelf, making it easy to haul quarters, tree stands, barrels or whatever with just the frame. 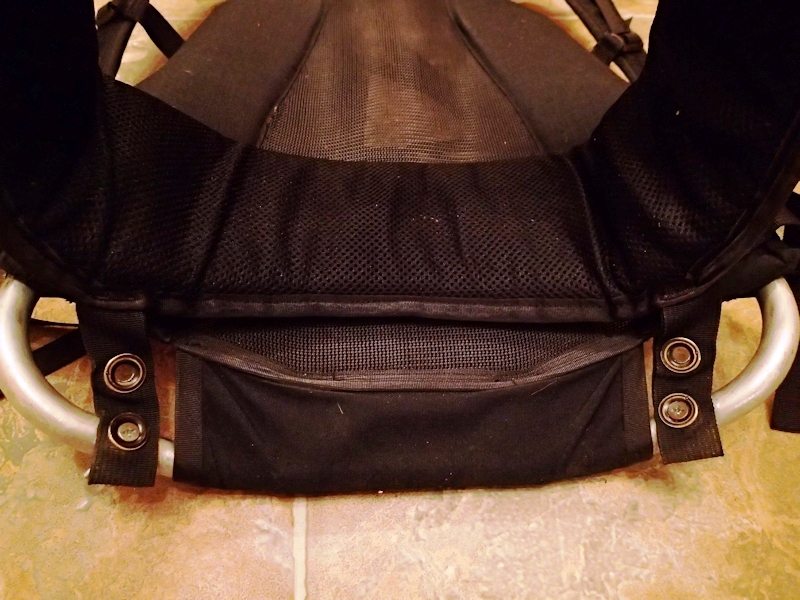 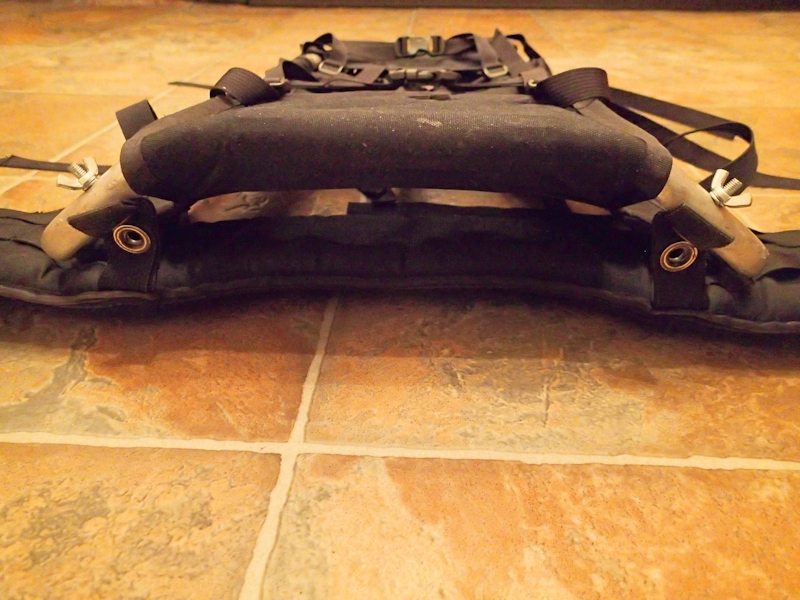 The wrap-around” shape of the frame

The harness has great adjustability and is uniquely designed to allow the user to change torso length with the pack on. The Paradox Evolution features a one-piece, full-wrap belt with no lumbar pad. I’m convinced that the way that the load is transferred from the frame to the belt is the reason this pack is so comfortable for me. Rather than resting directly on the hip belt, the frame hangs off of the hip belt from two widely-spaced attachment points. I think this is why I did not experience disproportionate pressure on my lumbar region. This system spreads the weight across a wide area and the frame itself does not contact the belt. The belt attachment to the frame was effective at distributing the weight not only to my hips but also more evenly across my lumbar, from iliac crest to iliac crest. This design also allows the frame to move independently of the belt. The belt stayed put and the frame held heavy loads high and tight on my back. I experienced no sagging and belt slippage was a non-issue. I was impressed with the comfort of the belt and frame because the pack was very comfortable with light and heavy loads. 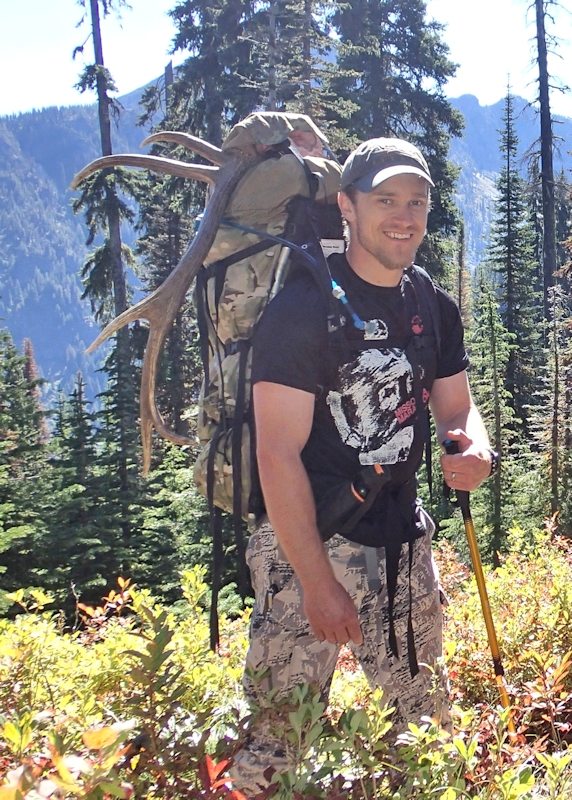 The 6300 pack bag is made of waterproof X-Pac X33 and has a side zip and two water bottle pockets. It includes no organizational pockets but has hang loops for adding internal pockets if desired. The top end of the bag can be pulled away from the frame creating a load shelf which gives the user options for load carrying. The bag is plenty big enough to accept a deboned elk quarter but compresses down very tightly for day hunts. The material and the zipper pulls were a little noisy for my taste, and although the bag kept my gear dry in some very wet conditions, a water resistant side zip would have been a nice touch. I purchased the one-piece lid which has no pockets but has a huge range of adjustability to accommodate very tall loads and worked great for securing antlers. 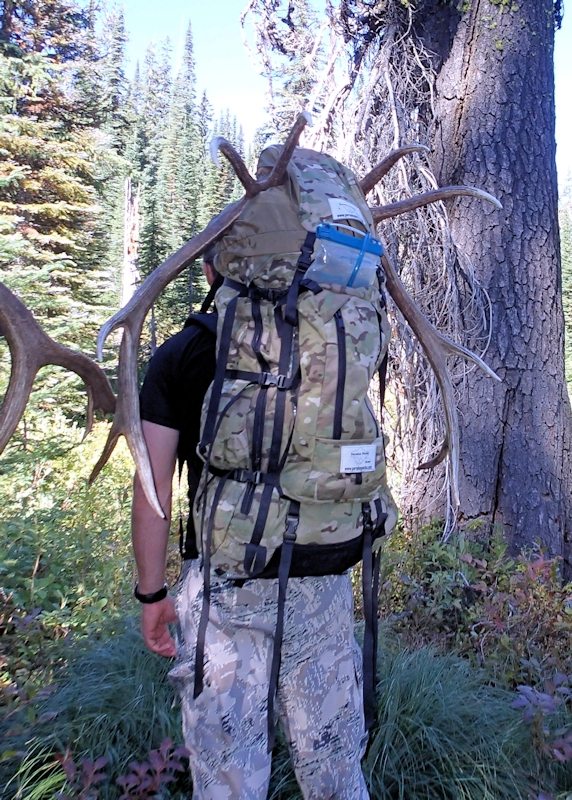 The Day Talon is a pocketed compression panel that buckles to the compression straps on the frame. It’s made of the same waterproof material as the bag and maintains 1000 cubic inches of functional organizational space while providing compression. The talon worked great for compressing a load and keeping it high and tight on my back. I preferred using the talon over the compression straps alone for heavy loads. For me, the lack of organizational pockets on the main pack bag was made up for by the Talon which provided five pockets for small, quick access items. 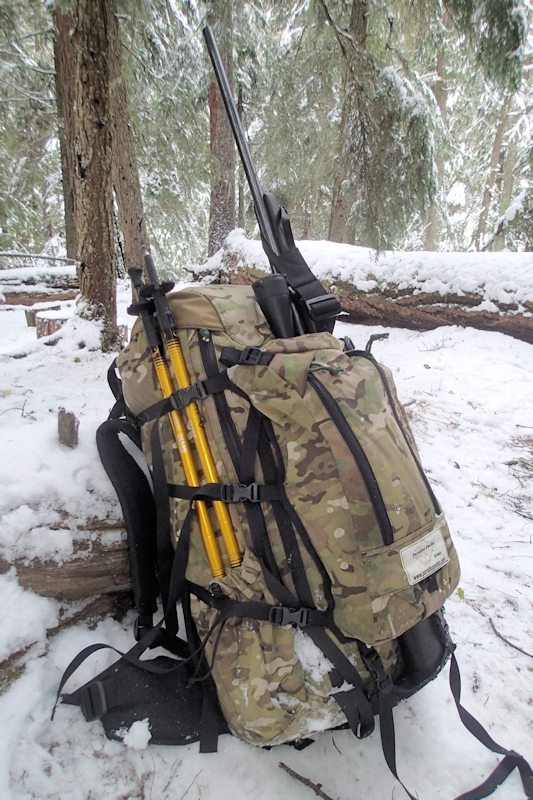 On my scale, the frame, bag, Talon and lid came in at just a hair under five pounds, not bad for a 7300 cubic inch pack with serious load hauling capability. Paradox makes several pack bag, lid and Talon options and this combination is among the heaviest that could be configured. I could not imagine heavy loads being much more comfortable than they were with this pack. Yet, the frame wasn’t too inhibiting for running day gear. Also, the fact that this system functions as well on day hunts as it does on multi-day excursions and offers several options for carrying a water bladder and a weapon makes this pack very versatile. Overall, I would have to say that Paradox has delivered on their claims and is offering a pack option that deserves the consideration of any serious mountain hunter. 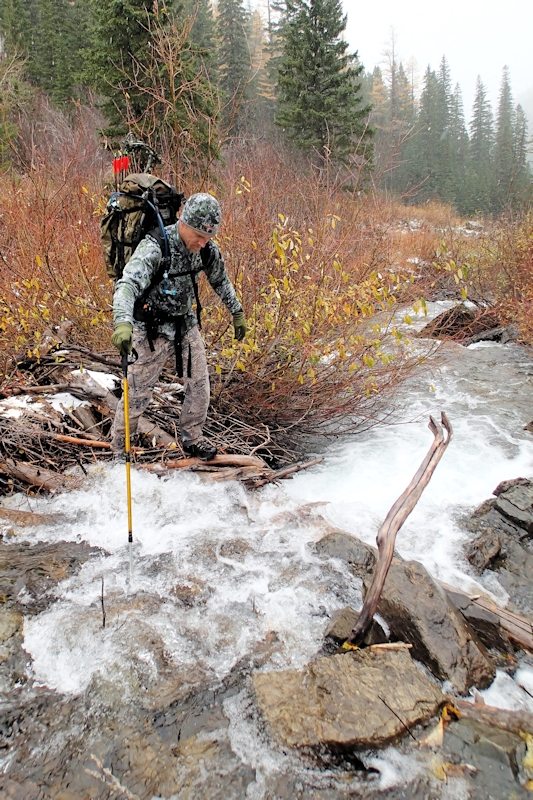