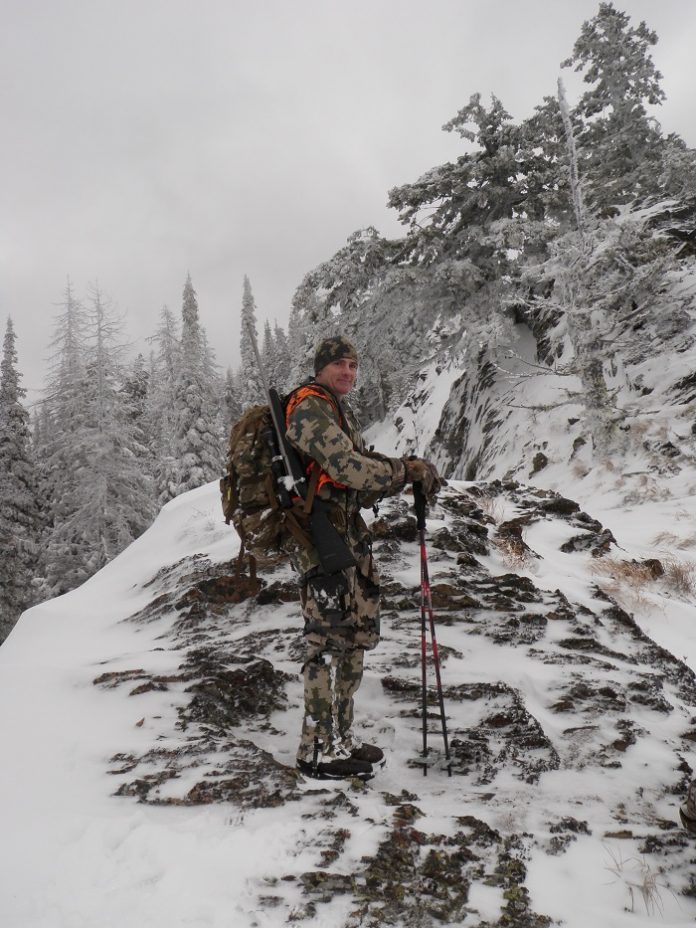 With two Idaho elk tags filled, I was now looking forward to Montana’s general season opener.   I had to have the fluid drained from my knee since the last hunt, but with a week to rest, I was ready to roll.

The Montana general season gives you five weeks of hunting and concludes the week of Thanksgiving. Some years the snow depth is great late in the season and the hunting can be great, too.  With a job change that would limit my time afield the first two weeks, I was praying for snow to move some of the elk out of the backcountry later in the season.

I started hunting the third week of the season.  I hunted a week but had yet to see a bull.  I was still optimistic that with some good snow, many of the backcountry bulls would move into areas that that I had scouted earlier in the year.

As I’d hoped, the snow stacked up in the high country.  If I hit it right and Mother Nature offered some days of good visibility, I would have a very good chance at filling my third elk tag.  This time of year fitness becomes a bigger factor in the equation, with deep snow and the added work of getting in and out of your hunting area. 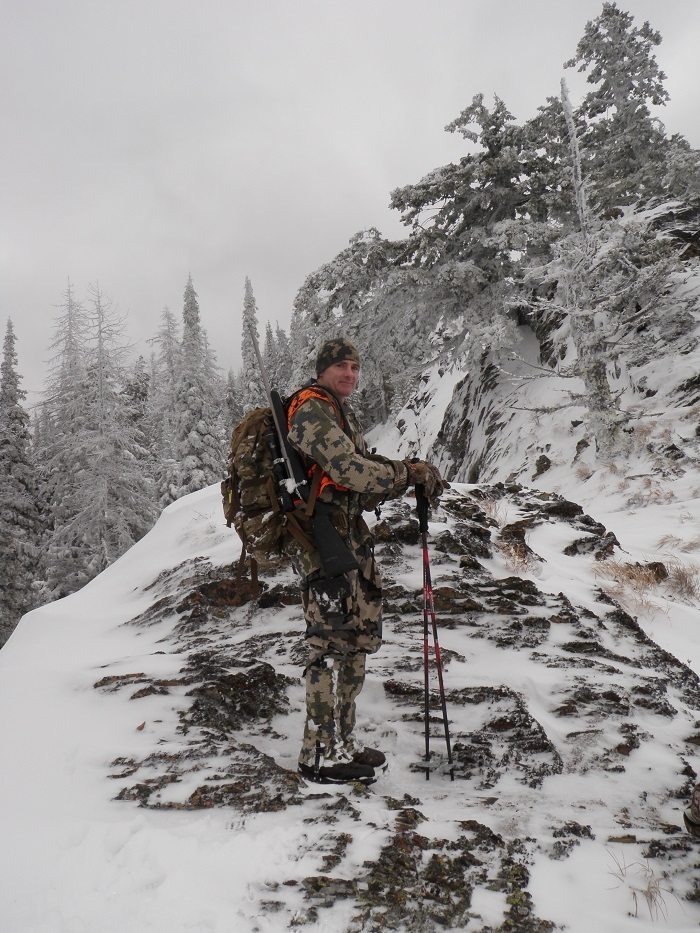 As luck would have it, November 24th was forecast to be clear and cold.  The 2:00 AM drive from Spokane was filled with anticipation.  I kept Metallica cranked loud to stay alert for rutting whitetails crossing the roadways.  I arrived at 5:00 AM, strapped on the pack and fastened my snowshoes.   I was planning to hit some high country for both muleys and bulls. After a two-hour uphill hike, the stars were gone and the sun was filtering into the high country.

The snowshoes kept me on top of the nearly four feet of heavy snow in some places.  There were a lot of elk and muley tracks from earlier in the week, but most of the sign was several days old. It was a beautiful day to be afield and the senses were on high alert as I scanned the high country for a rutting muley buck or a bull stocking up on feed before winter set in.

As luck would have it, the Leica Geovids once again did their job spotting an awesome bull at close to 1100 yards.  After two hours, I’d worked my way into position, closing the gap to 512 yards with no way to get any closer. The bull had been feeding when I spotted him and had only moved about 100 yards since then.  More often than not, in this country, things happen quickly due to the dense underbrush, but this time I was able to think about the situation and plan the shot.

I calmed down my breathing and heart rate as I laid out my pack along with extra clips. I double and triple checked the distance as I executed the shot in my head.  I lay down and got comfortable and steady.  As soon as I was sure of myself, I pressed the trigger.  At the shot, he immediately took off.  I knew I’d hit him and soon watched him slide to a stop in a rockslide.  Unlike my Idaho areas that I know intimately, my Montana areas are still somewhat new to me, so I marked the spot in my mind.  An hour and a half later I was at my third bull of the season. 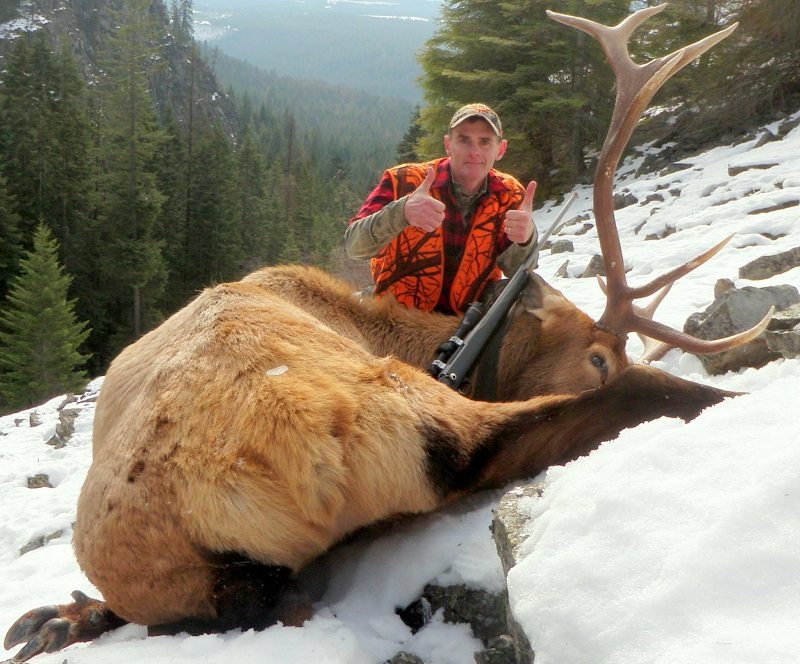 Two days of packing and many Naproxen pills later, I was able to sit down and think about the season that was.  It was incredible!  But as I wrote In the opener of this article series, this crazy elkaholic was already planning for the next season! 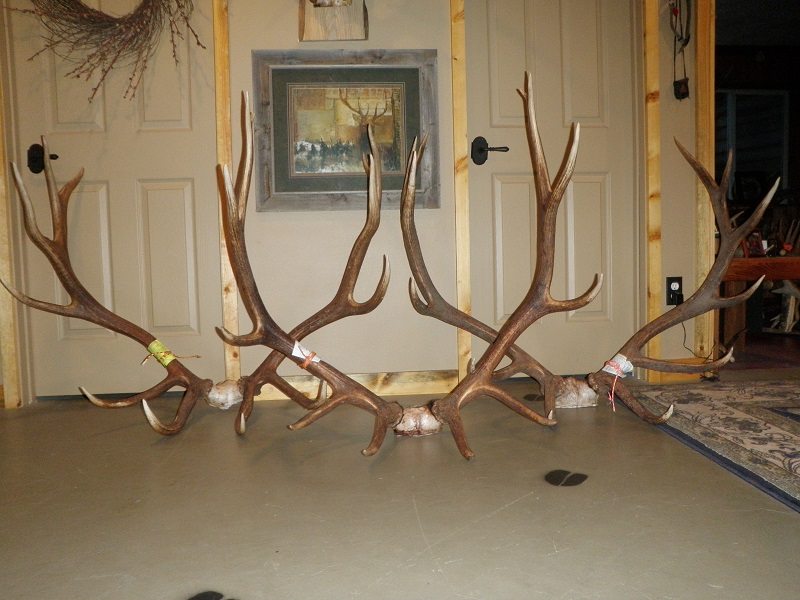 Part 1 and 2 incase you missed them.