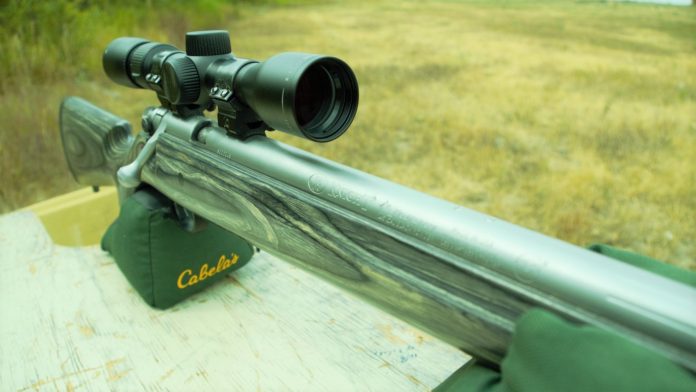 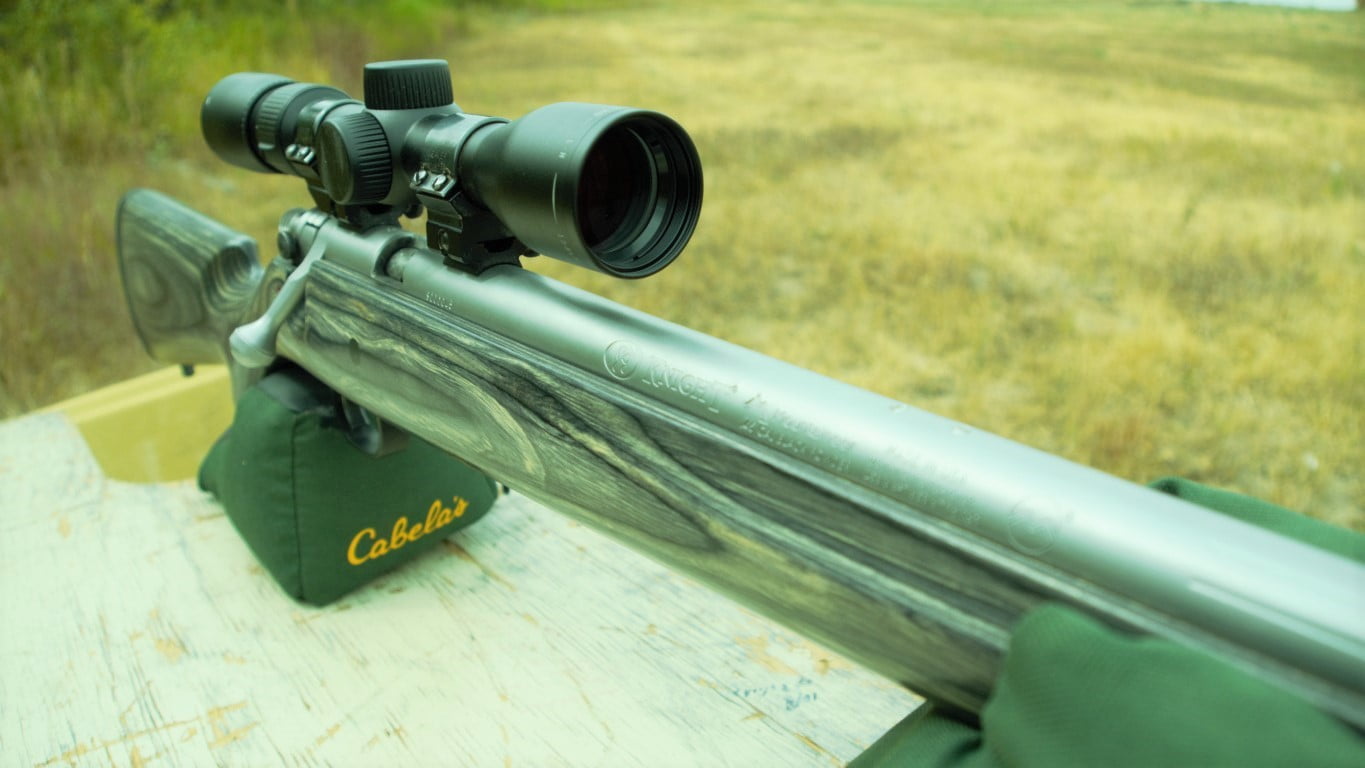 Twenty five years ago, I was all worried about maximum total light transmission through my rifle scopes. I had visions in my head of giant bucks only showing themselves at the last one minute of legal shooting light. I figured if my objective lens didn’t resemble a pie plate, I’d never get a shot. Consequently, I lugged heavy scopes into the backcountry that looked (and weighed) more like an RPG launcher.

While it’s important to be able to see your crosshairs and quarry at first and last light, I’ve also learned that for whatever reason, I haven’t shot many bucks in those few moments we all worry about so much. I’ve also learned a larger objective doesn’t necessarily equate to better light transmission. A scope with optimal optical design, better glass, and better optical coatings will have much better light transmission than a lesser scope with a giant objective lens.

For example, out of the last five bucks I’ve killed, none were taken during dawn or twilight hours; times varied from 30 minutes after first light to about 30 minutes before sunset—plenty of light in every case. This has pretty much been the pattern over my hunting career and is why I’m not as paranoid about total light transmission in a scope if I can shave weight.

Now don’t get me wrong on this. I’m not throwing total light transmission out the window. It’s important for sure, but for the backcountry mule deer hunter, it’s not the most important. I’ve found that if you hunt right, you’re probably going to get a shot much closer than you think, and often at times of the day well away from the edge of legal shooting light. However, you’ll probably hunt about 30 days for every opportunity at a good buck. That’s a lot of packing between shots and is why overweight and bulky guns get the frown from my camp.

I ran a poll among Rokslide members on some of the most popular non-long range scopes (sub 600 yards) and found that quite a few guys agree with me. Many are running scopes in the sub-40mm range with satisfactory results.

While there are certainly exceptions, by going with 40mm or less, you can choose from scopes under about 14 ounces. Compare this to 50mm scopes that are running in the 15-20+ ounce range and also have a higher profile requiring taller and heavier scope mounts. A smaller scope means you can run a lighter rifle with a lower profile—a win-win for the backcountry hunter.

While ounce-counting in backpack hunting can be very expensive, I’ve found with optics, you can actually save money while cutting weight. These smaller scopes are usually less expensive than their bigger cousins in the same lines. Now we’re at a win-win-win!

When I learned that Vortex was introducing their Light Hunter (LH) line, I didn’t hesitate a bit to give one a try. Among others, I’ve been using Vortex optics the last three seasons, both riflescopes and binoculars in the Diamondback, Viper, Vulture, and Kaibab lines respectively. I’ve found there is plenty of value per dollar spent, offering good options for the hunter who has to keep an eye on the budget but can’t settle for lackluster performance and durability. I’ve not yet had to use Vortex’s now famous no-questions-asked warranty, but I’ve only heard good things about it and their customer service. 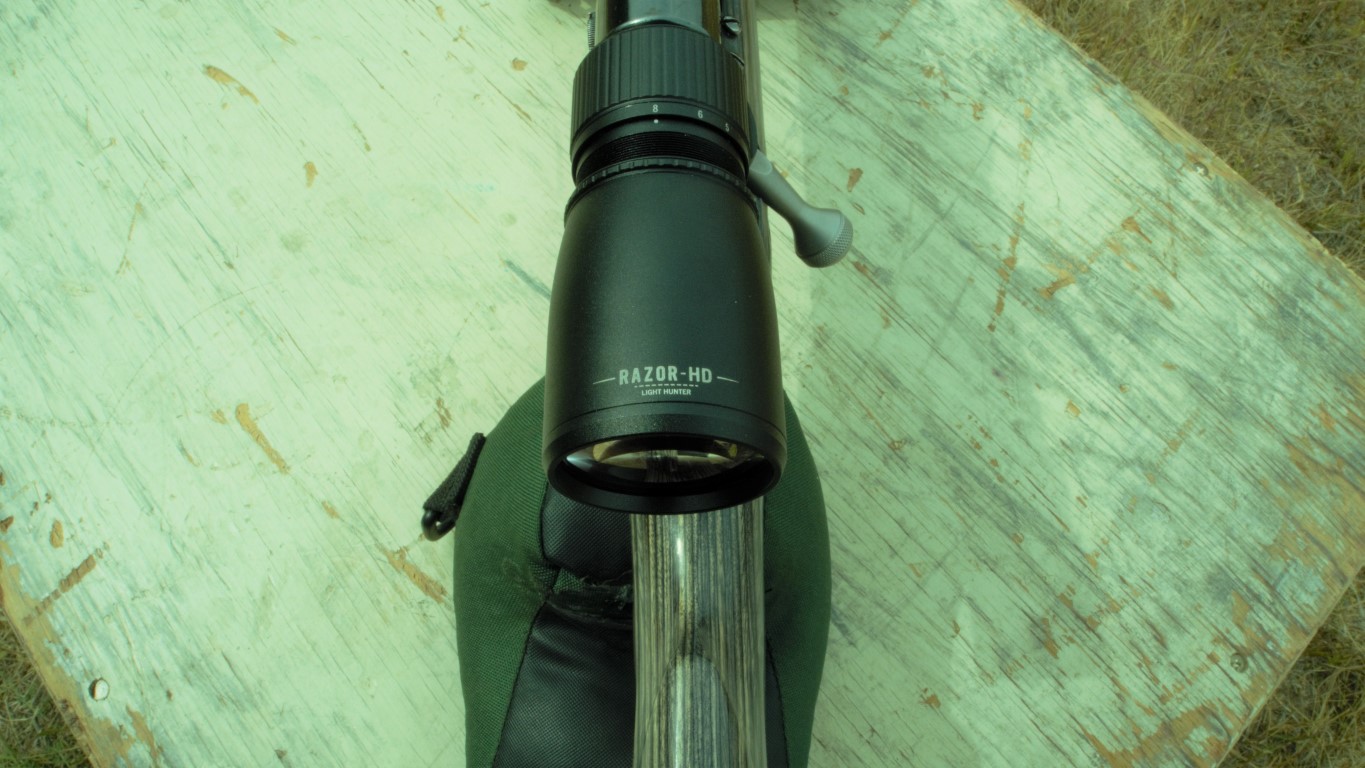 Vortex launched the LH scopes in their Razor line. This is the top glass offered by Vortex and I couldn’t wait to take a gander through it. I was planning a muzzleloader hunt in Utah, who’d just made scopes legal for smokepoles, so I contacted Mark Boardman, Head of Marketing at Vortex Optics. He said there are three scopes in the LH line: 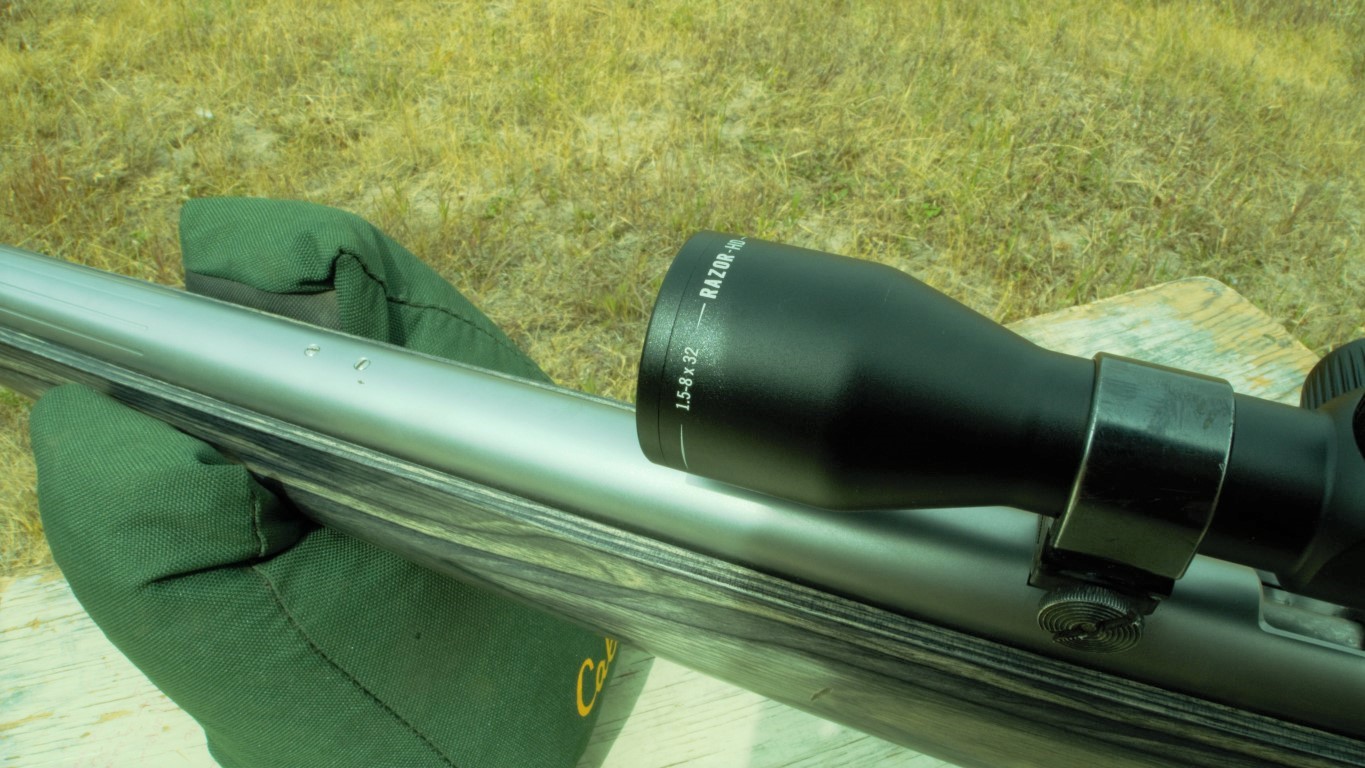 We decided on the 1.5-8×32 with the G4 BDC reticle for the muzzleloader as all shots would be under 300 yards (on a centerfire, you could extend this distance to 600 yards).  Custom turrets are available for all three scopes if desired.

The G4 features five hash marks (including the aim dot and top of bottom post) and a simple sight picture that can save critical seconds in the field (see why I prefer hash marks over adjustable exposed turrets here). The G4 can be used for all classes of rifles from muzzleloaders to varmint, standard, and magnum calibers. 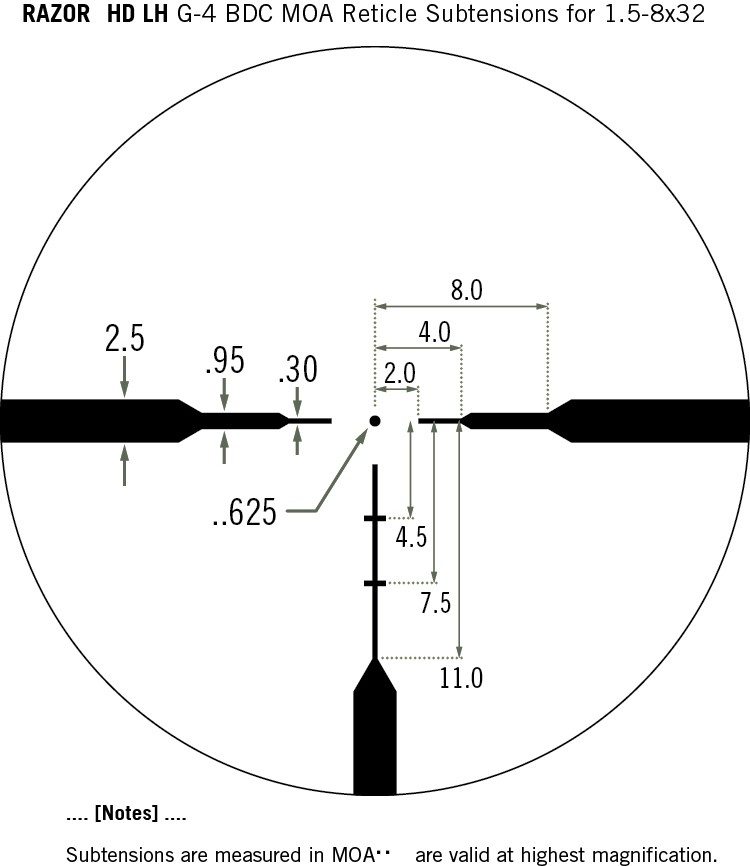 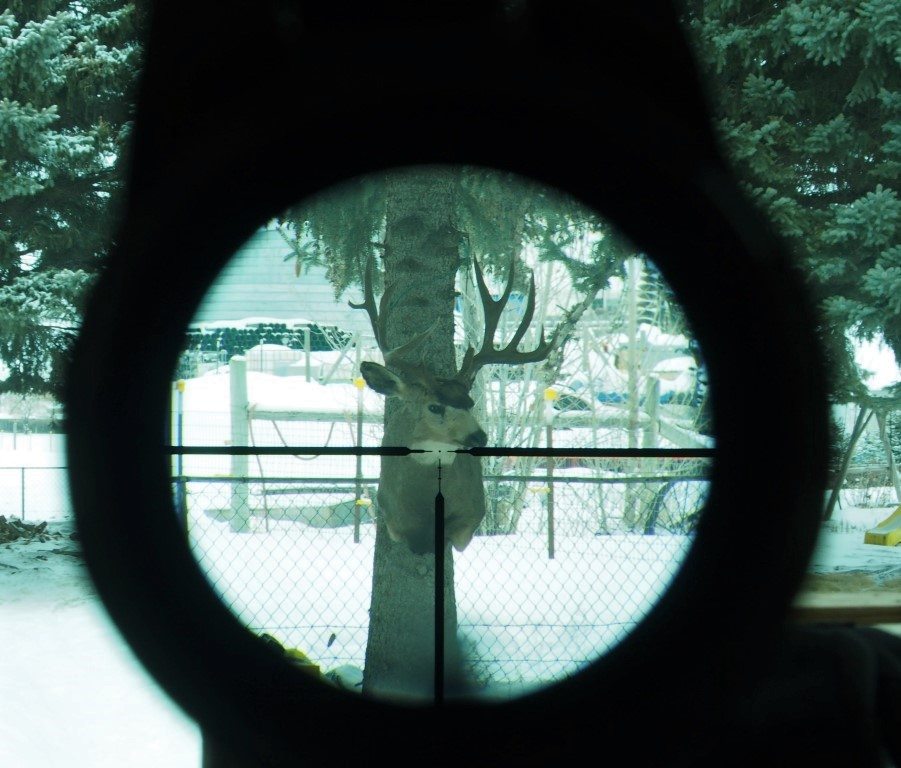 I received the scope in July and promptly mounted it on my Knight 45 caliber Mountaineer. At 11 inches and 13.4 ounces, it was very compact. Setting it up on my bench side-by-side with my Christensen Arms Carbon Summit Ti topped with the Viper 3-9×40, I could instantly tell the difference in the image sharpness and brightness, even though the new scope was a full 8mm smaller in objective lens. Towards dark, the little Razor gave me at least a few more minutes of usable light.

I headed to the range to develop the load I’d be using for my upcoming November mule deer hunt. The owner’s guide recommended I set my hash marks using the Class D criteria (Modern Blackpowder Rifle.) At the time of the testing, the G4 reticle was not yet listed on Vortex’s Long Range Ballistic Calculator (LRBC,) so I used a generic reticle to estimate my hash marks’ predicted POI. 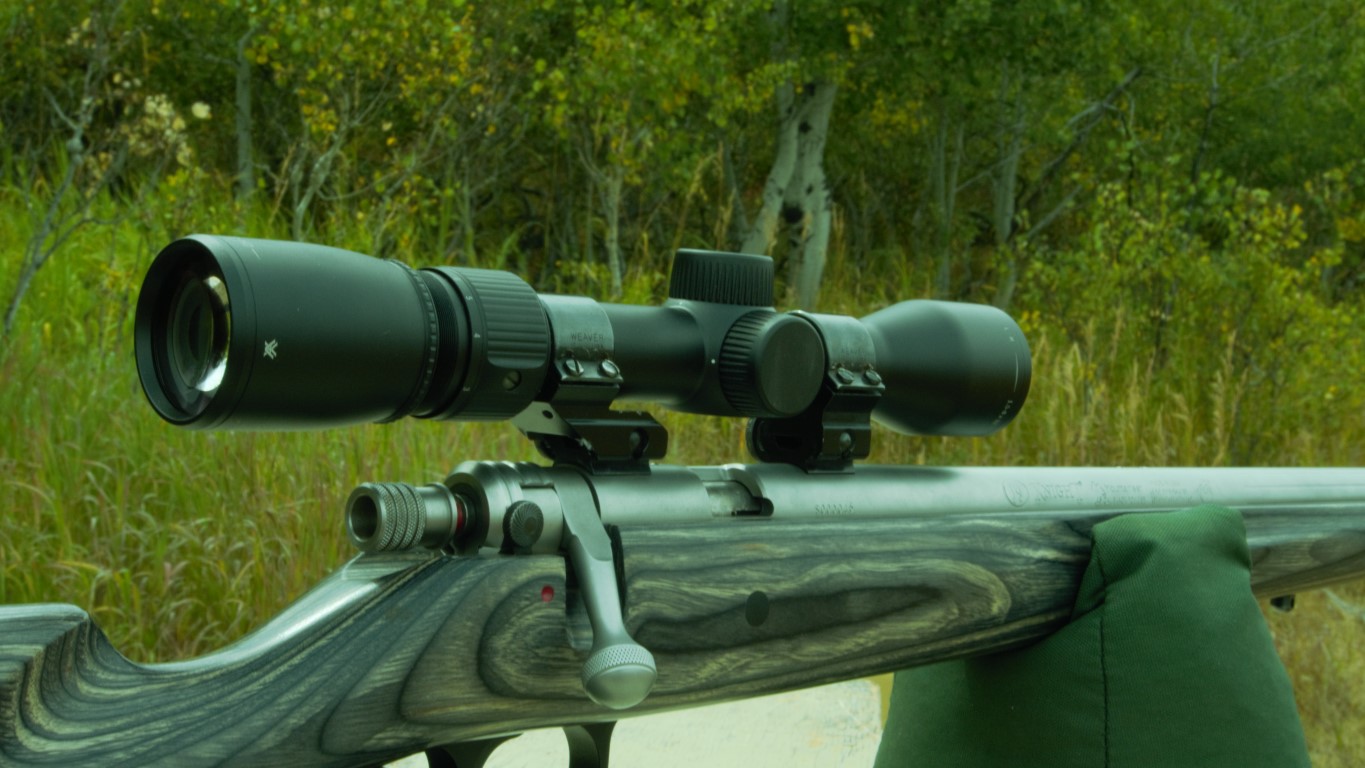 Over several trips, I put around 75 rounds downrange. Muzzleloaders often kick harder than centerfires yet the little scope held it’s zero, no problem. It also turned out that the LRBC got me close enough, saving considerable time and ammo when setting my hash marks. In just a few hours’ time, I had an accurate MOA load deadly to 300 yards (based on at least 1,000 ft-lbs of energy) in a compact scope with plenty of brightness to hunt the fringes of legal shooting light. (video here). 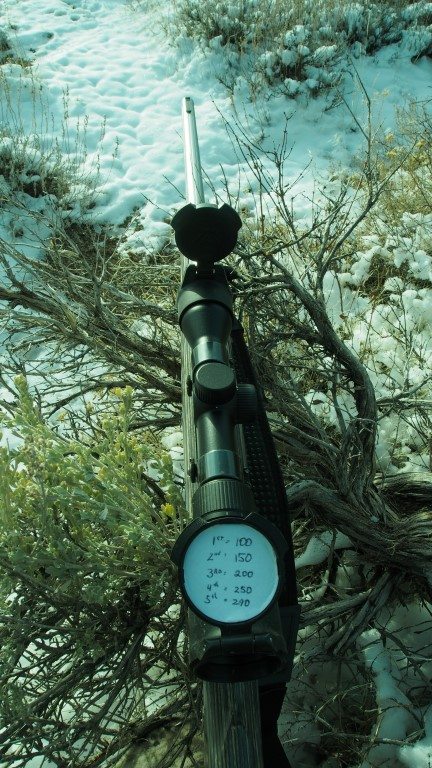 My actual hunt got cancelled (see why here,) but with many hours of range use, and a day of packing it around the hills while scouting, I’m certain the scope will deliver on the mountain.

I found the LH Razor 1.5-8×32 the best Vortex glass I’ve owned yet—very bright, very sharp—and in a compact lightweight scope. Paired with Vortex’s LRBC, the G4 reticle will work very well for the sub-600 yard hunter. If you’d like to shoot beyond that yardage, consider the HSR-4 Reticle in the 2-10x and 3-15x LHs.

I’m so impressed with the 1.5-8x Razor, I’m likely going to swap out my 3-9x40mm Viper on my 270 WSM for the new LH 2-10×40. While it will add three ounces, I’ll be able to take advantage of the brighter sight picture and heavier subtensions, perfect for my aging eyes.

The only downside in the Razor line is the cost. Better glass always costs more money but as Dad always said, “there’s no free lunch!” 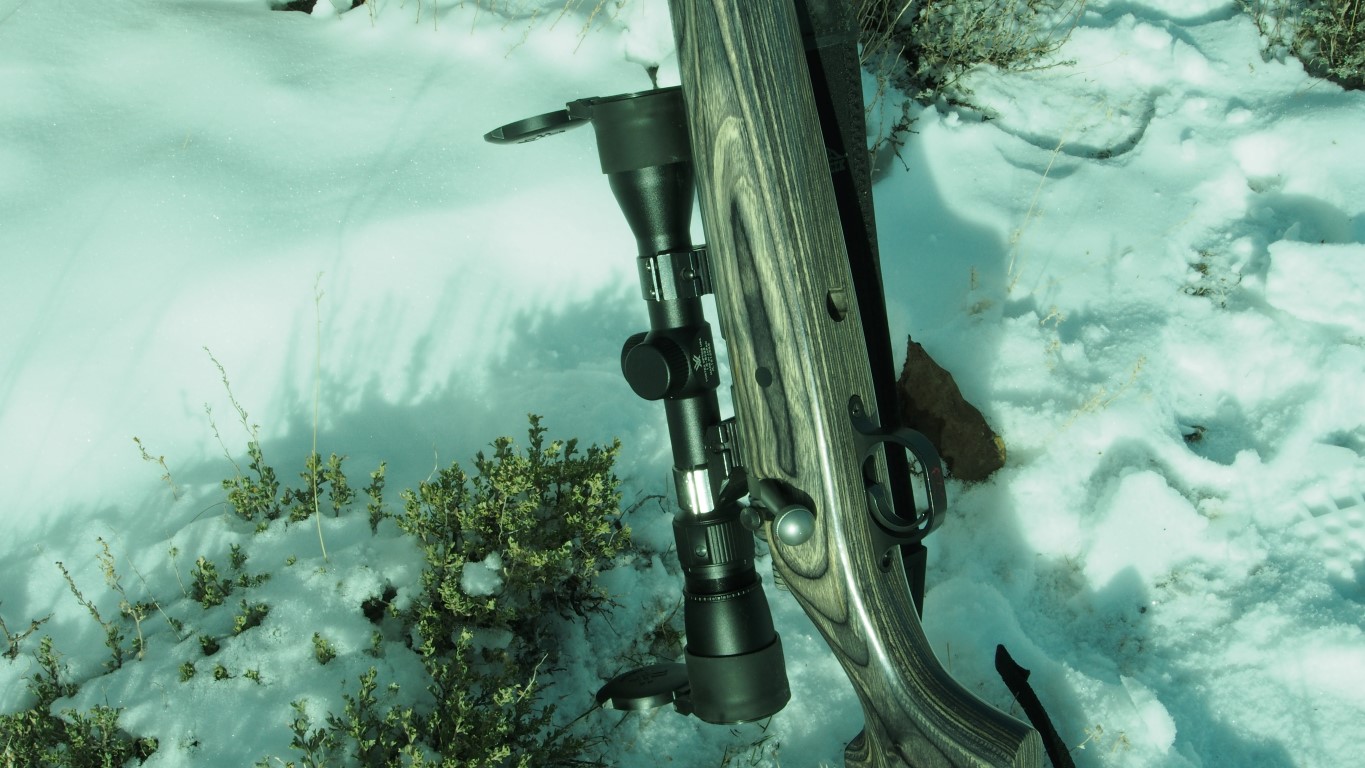 You can ask questions or discuss this article here