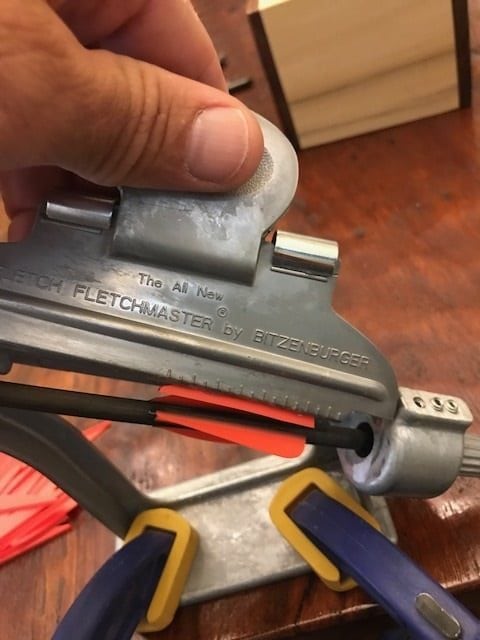 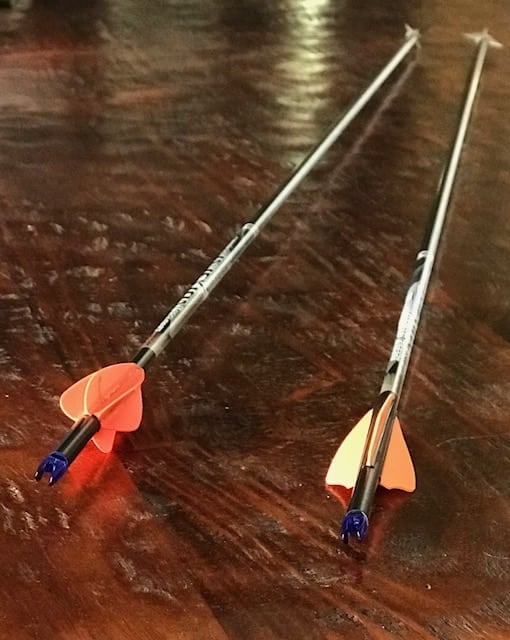 You have just made the perfect stalk on the animal you have been scouting all summer. Now all you have to do is execute that perfect shot! Well what if you slightly punch or jerk at the break of the shot? Let’s face it, it happens, especially when your heart is pounding out of your chest from adrenaline. If that arrow is torqued at the break of the shot, it is most likely going to fishtail or whaletail in flight. This is something we all want to avoid because the arrow probably won’t have a clean pass through on the animal or even worse, marginally miss a vital because of the arrow’s angle. If the arrow spins true in flight or corrects itself quickly, it will hit true and have better penetration from momentum. Wouldn’t it be nice if an arrow would correct itself in flight? With a well-built arrow, this is a possibility. This is where a six fletch arrow might help.

First, it is important to have the correct spine and front of center (FOC).  FOC should be anywhere between 10-15%. Too low FOC and the front of the arrow can fly sporadic; too high and the arrow will start to dip over long distances. FOC will help with the front of the arrow but what about the nock end of the arrow? The fletching of an arrow is just as important as FOC and correct spine. All correctly combined and you have a well-balanced arrow. This is where a six fletch comes into play. I have tried many configurations in the past, everything from three and four fletch, long, short and tall vanes, straight, offset, and helical glue ups–just about everything. In this article, I’ll compare a three fletch vs. six fletch. Because of the vanes I chose, it will keep the arrow weight within two grains of each other.

The vanes I’ve chosen for this are the Q2I Fusion X-II for the three fletch and AAE Elite Plastifletch vanes for the six fletch. The Fusions are a shield cut 2.1” long and .55” in height = 7.5 grains in weight. The AAE’s are 1.75” long and .38” in height (EP-16) = 3.2 grains in weight (more glue creates a closer equal weight). These vanes will be glued up with an offset helical which I believe creates more spin. 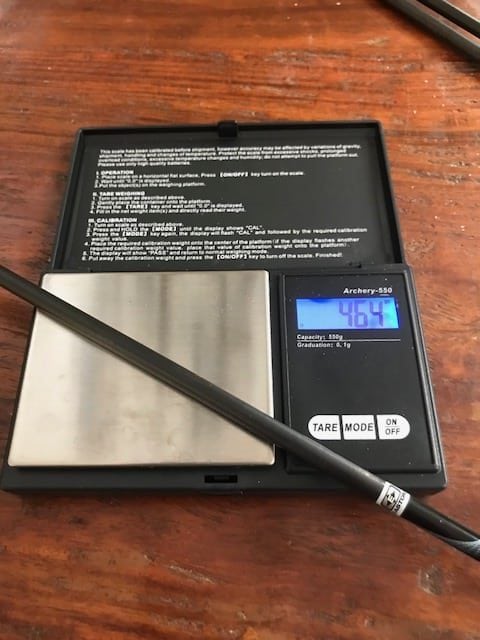 My arrow setup for this is a 27-1/4” (28-¼” length with half outsert), 4mm, Easton 330 carbon injexions, 55 grain titanium half outsert, G nock, and 100 grain heads for a total of 464 grains with a FOC of 12.6%. The heads I’ve used for this test are 100 grain field points, 100 grain vented Ironwill, and 100 grain Kudupoints broadhead. I know there are many choices out there but these are all great products that I have chosen for this test and I am very confident in using. 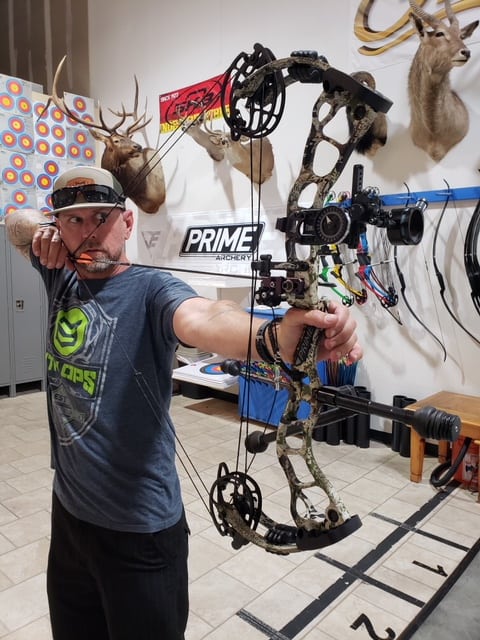 At my local bowshop we got everything tuned! 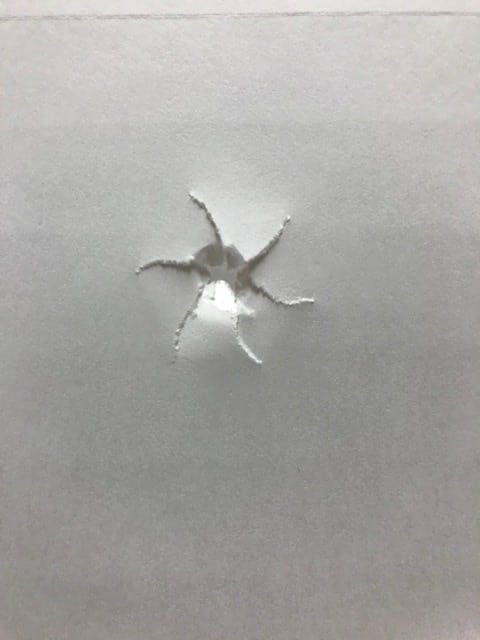 Now that specs are out of the way, let’s get down to testing. For the field point testing I used my Hoyt Carbon Defiant and for the broadhead testing I used my Prime Logic because they were both tuned for each type of head. This testing was done over multiple days with multiple groups to get accurate readings. I could of easily posted best shots but I tried my best to post the most average of shots placed into the targets. 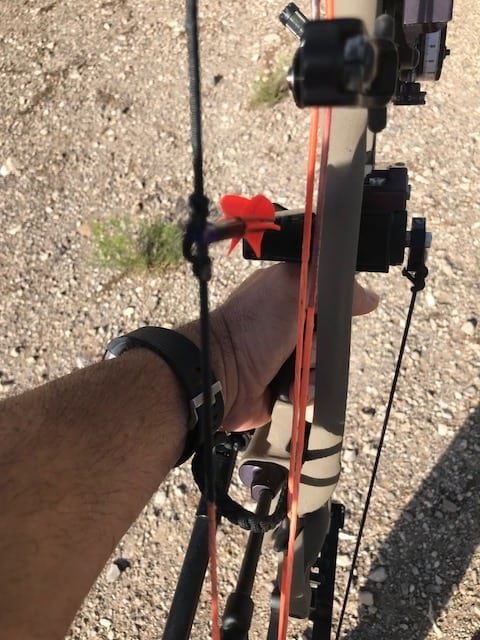 Let’s begin with fieldpoint accuracy. 40, 50, 60, and 80 yards were my flat distances. I used  just 50 yards for uphill and downhill shots. With all groups, I made sure that all shots had a clean break in order to have clear results. At 40 yards, all arrows grouped really tight as expected. 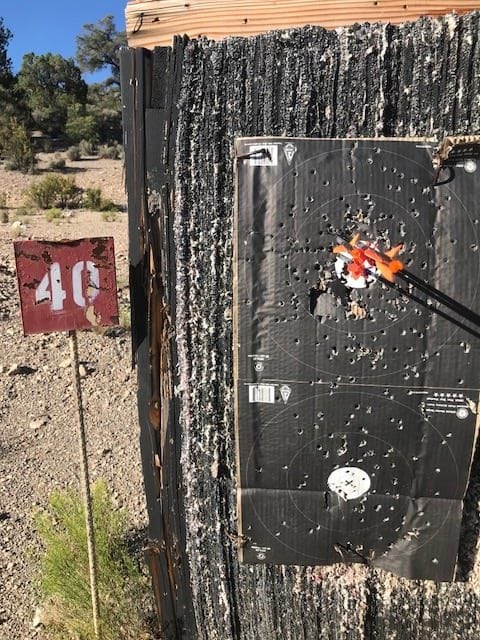 The next group was 50 yards. Again they grouped pretty well together. 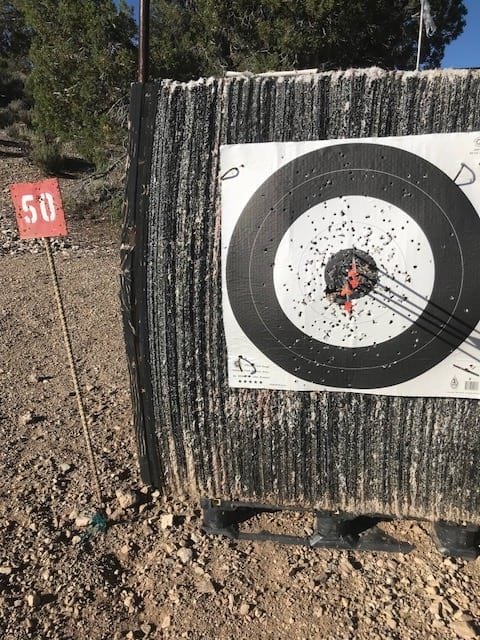 Next it was 60 yards, and this is where I started to notice a difference. The six fletch consistently grouped well while the three fletch were just a little more sporadic and not as tight in their grouping. 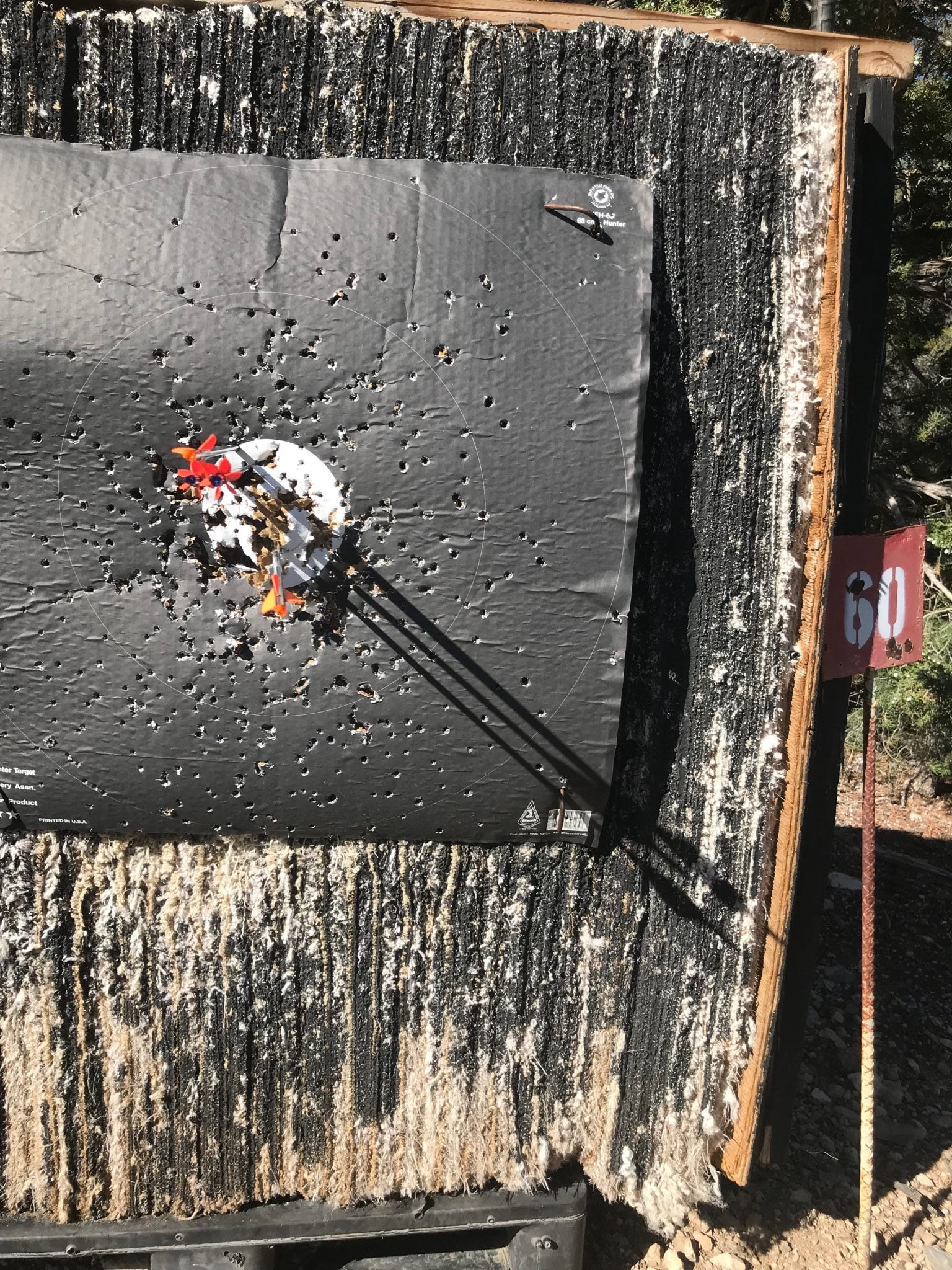 The final flat land group was at 80 yards. Again the three fletch were a little sporadic left and right but not too bad. 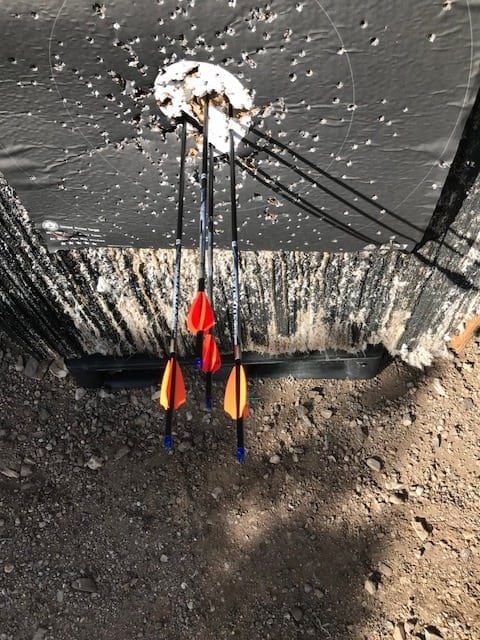 After all flatland groups were shot, I started on the uphill and downhill shots. First was uphill. As you can see, three fletch was a little left of target. 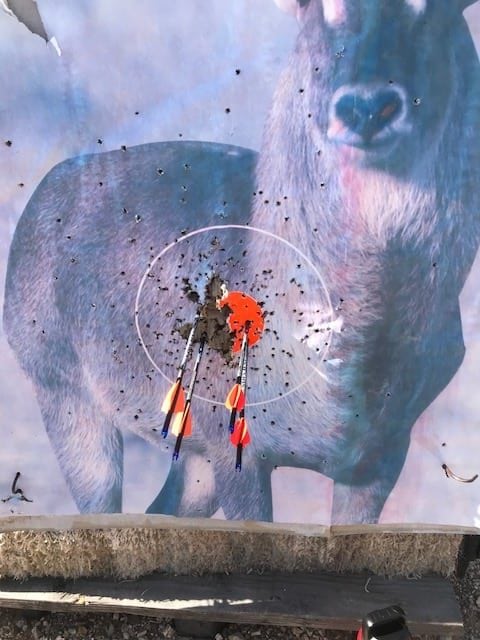 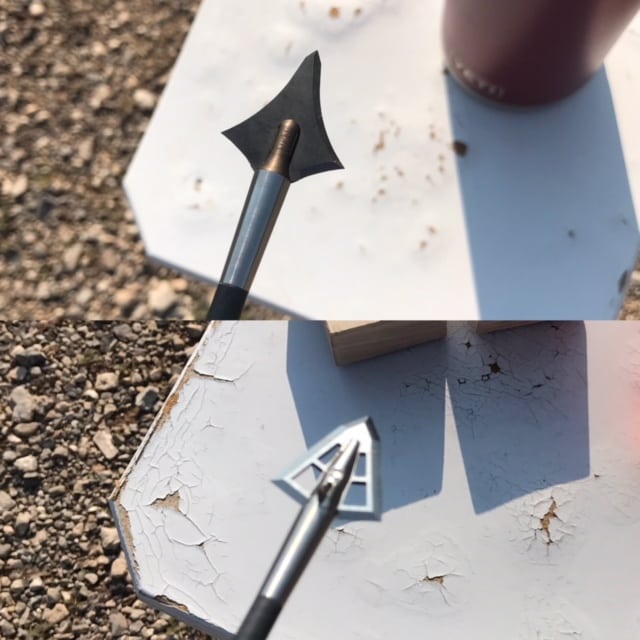 First it was 40 yards. The bullseye on this beat up target has an outside diameter of about 3”. I only shot the Kudu point with both arrows for this as I knew that there wasn’t going to be much of a difference at this distance. What I did notice was a small drop with the three fletch. Shots were just a little to the right but I didn’t want to mess with windage until I tested further yardages. 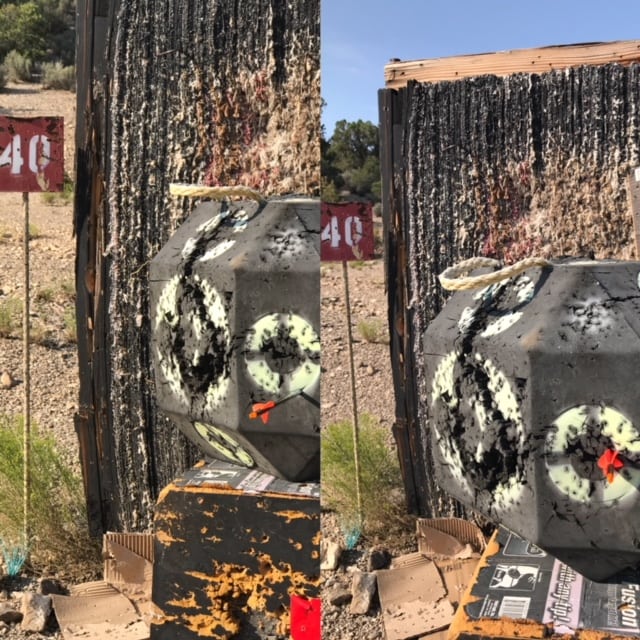 At 50 yards, I started to notice a difference. In the next couple pictures, the left targets are Kudu points and right targets are Ironwills. Notice how the three fletch is low again. 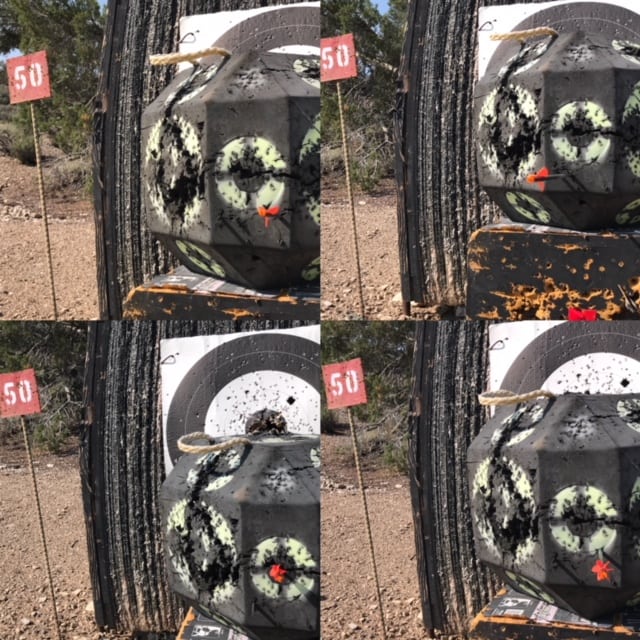 At the final distance of 60 yards things got interesting. The three fletch really began to drop especially with the Ironwills (top right). I had to shoot a lot of three fletch arrows to get an average as they were very inconsistent. I only had to shoot two to four arrows with the six fletch to get an accurate average reading. Again the left arrows pictured are Kudu points and the right are Ironwills. 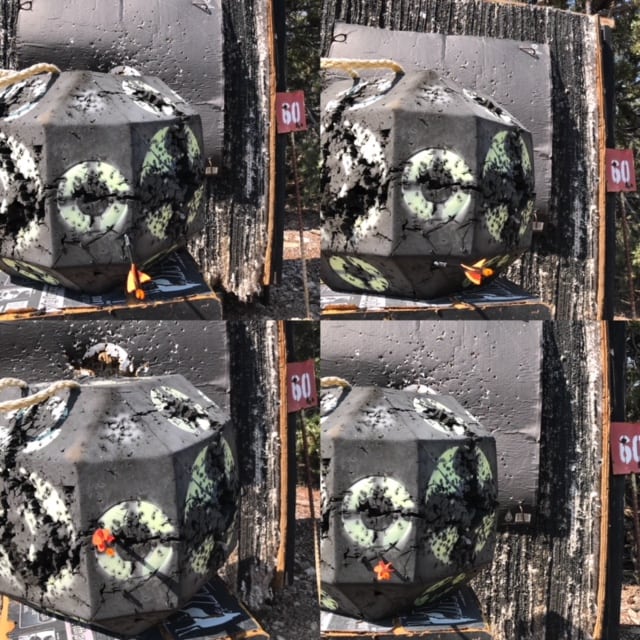 Pros of the Six Fletch

Cons of the Six Fletch

Pros of the Three Fletch

Cons of the Three Fletch

With the field points there really wasn’t much to dispute, not even noise. I’d have to say that the six fletch barely edged out the three fletch on the field point test. The arrows in flight with both style fletchings spun true. Any arrow that didn’t spin true because of a bad release did correct themselves at 50 plus yards, regardless of fletching choice. Where there was a big difference was in broadhead flight. This isn’t a broadhead brand test but the Ironwills did drop off more than the Kudu’s and made quite a bit of more noise, especially with the three fletch. Before starting this test, I thought for sure that the six fletch would be louder and have more drag and drop off at longer distances but it was just the opposite!

It might take a little longer to glue on all of your vanes for a six fletch but it’ll be well worth it especially when sending an arrow downrange on an animal. There are pros and cons with both style of arrows and at the end of the day, it’s what works for you and what you are most comfortable and confident with using. I know what will be in my quiver this hunting season: six fletched arrows! There isn’t a much better feeling than knowing the arrow you just released will hit its mark. If you’ve never tried a six fletch give it a try, they won’t steer you wrong!

You can comment on this article or ask Jimmy questions here.