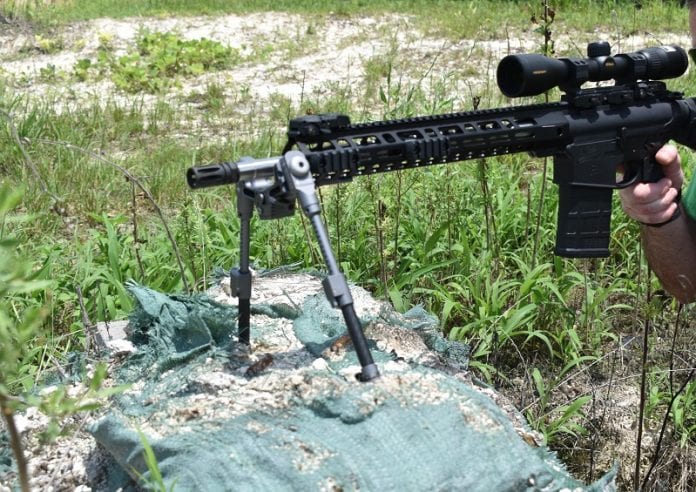 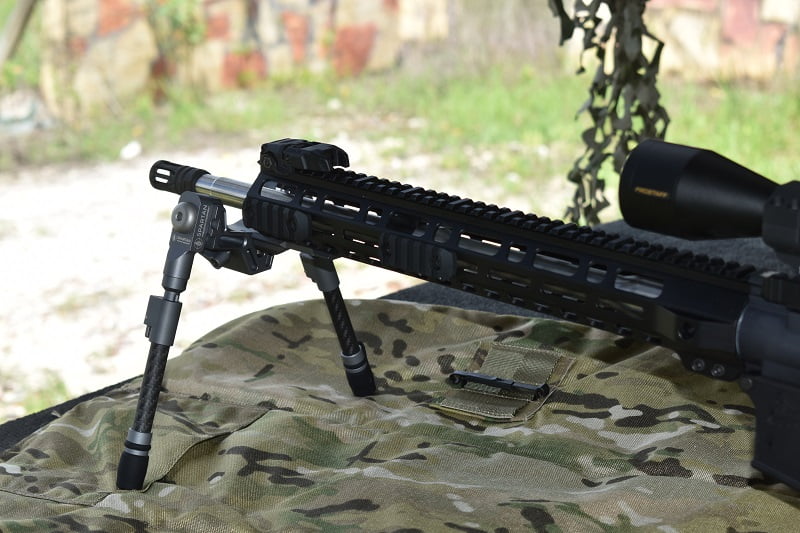 Choosing a bipod for your rifle can feel like an arduous task with all the options that are available and various features. For me, choosing the right bipod comes down to the application that I will use it for and the features that I feel are necessary for that task. I was given the opportunity to demo and review the Spartan Valhalla bipod during the summer. This is a fantastic bipod with several features that I like in a bipod. Weighing in at 13 oz, it is not the lightest bipod in the Spartan lineup, therefore it may not stir the interest of a weight-conscious backcountry hunter. Those hunters should look into the Spartan Javelin Lite starting at 4.6 oz. It is also not the most budget-conscious option on the market. However, this bipod follows the old adage “you get what you pay for”.

Retailing for around $465, the bipod comes with a spigot mount for an MLok or Picatinny mounting system. This is my favorite feature of this system as it allows a user to put spigots on other rifle systems and use the same bipod. The bipod attaches to the spigot with an easy on/off throw lever, this allows the bipod to be taken on and off in mere seconds. From a value standpoint, this feature alone can allow a user to have the same bipod system at a fraction of the cost of buying several complete systems. 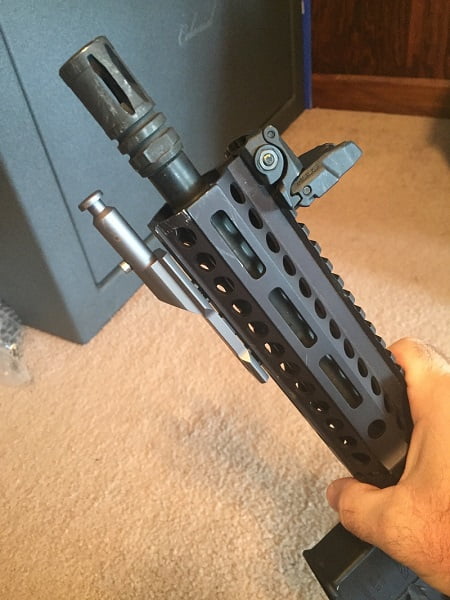 The connection of the bipod to the spigot mount is a nice firm lockup. The Valhalla does not rattle or make any noises once in place with the throw lever activated. It does allow for a nice, controlled cant movement that allows the shooter to obtain the proper cheek weld and angle for the shot. There is a tension screw inside the throw lever that can be adjusted to increase or decrease the fluidity of the cant. 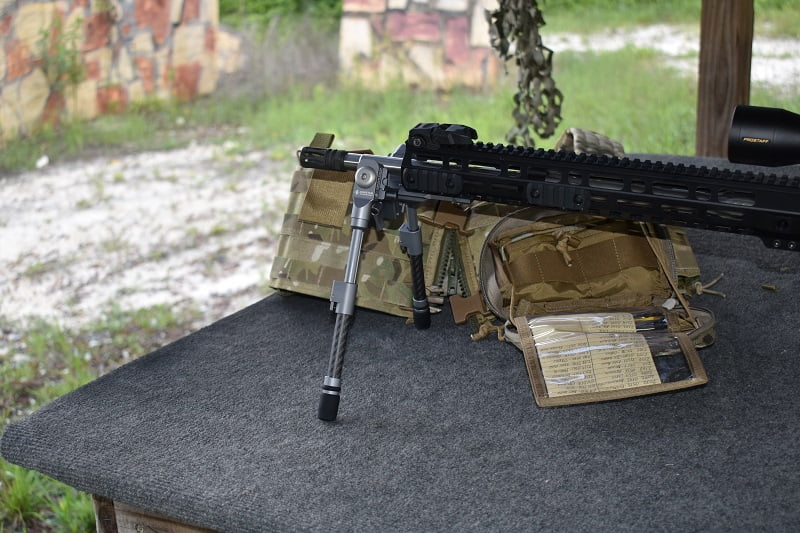 The legs can be run down in the vertical bipod position. Or, can be adjusted to the front or rear for a more streamlined function. They are moved into position by pulling down on the head of the leg and moving into position with the wheel and spoke design. The legs can then be extended from 4.7” to a maximum of 8.6”. This is done by depressing the switch on the leg that allows the bottom portion to slide along the track; there are serrations that allows for minute settings.

It is the extension of the legs that produces my only complaint with the system. When grabbing the leg to swivel them into position, the user will often grasp the lower part of the leg which extends the leg, making a loud clicking sound because the track switch has not been depressed. This does not happen if the user grasps the head of the leg while swiveling into position, therefore it is mainly user error rather than a design flaw. Once I got used to it, the noise stopped.

The legs have rubber boots on the bottom that can be removed to expose a spike. This can be utilized to gain traction on slick surfaces. 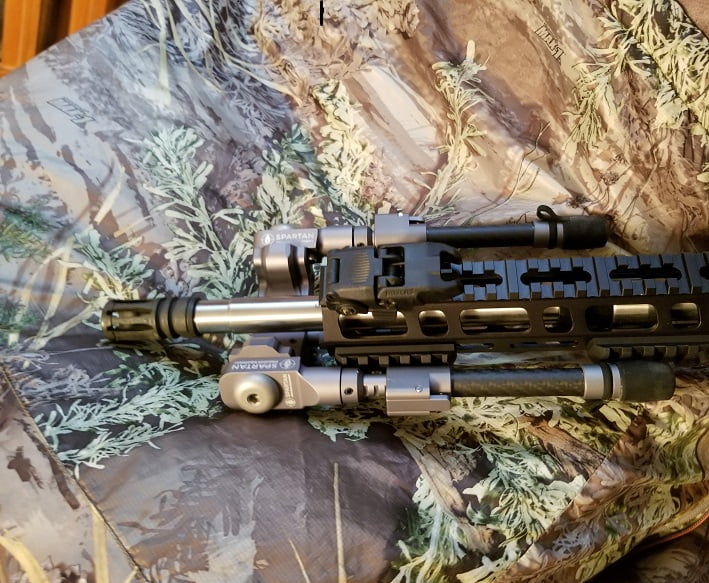 I have primarily run the Valhalla bipod on an 18” barreled 308 AR platform weighing just over 12 lbs. The rifle and the bipod system have been put through several strenuous drills. The bipod is impervious to the weight of the rifle. Including times when we used the rifle off of a barricade system or pushed into it to stabilize a long shot. What we found was a versatile bipod that can be run in a streamlined position for dynamic movements and then quickly placed into position for a supported shot. We also used the bipod as a brace, making shots off of a support by pressing the bipod into the frame. 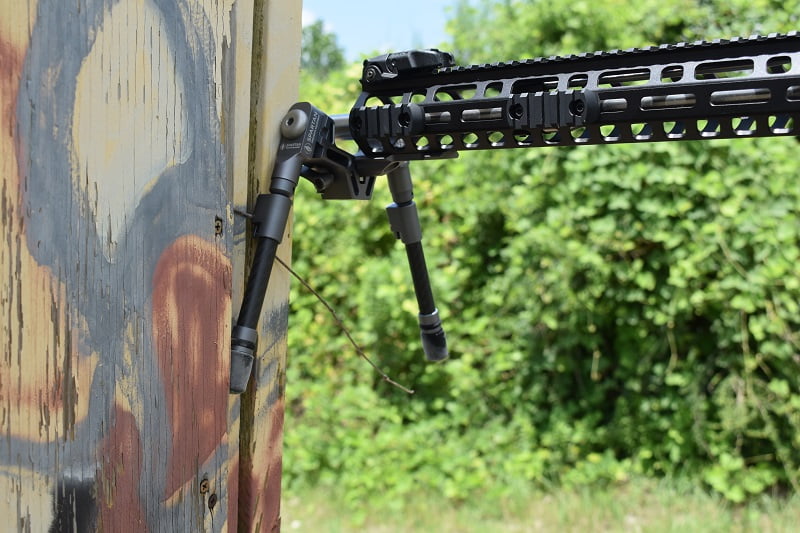 The Valhalla bipod can serve the tactical community well for several reasons. While training we placed the spigot onto an SBR (short barreled rifle) and ran drills with this system. Though the average SBR user will not have a need for a long shot (and thus not much need for a bipod) this system would allow for a shooter to utilize an SBR platform with just the spigot mounted. The bipod can then be rapidly thrown on as the situation dictated.

I got a surprising increase in accuracy over typical supported firing positions when I ran the Valhalla on an 8” barreled 300 blackout. Using the bipod on this type of system allows for rapid repeatability in shots. This can really make a difference in longer engagements that an SBR user may find themselves in. 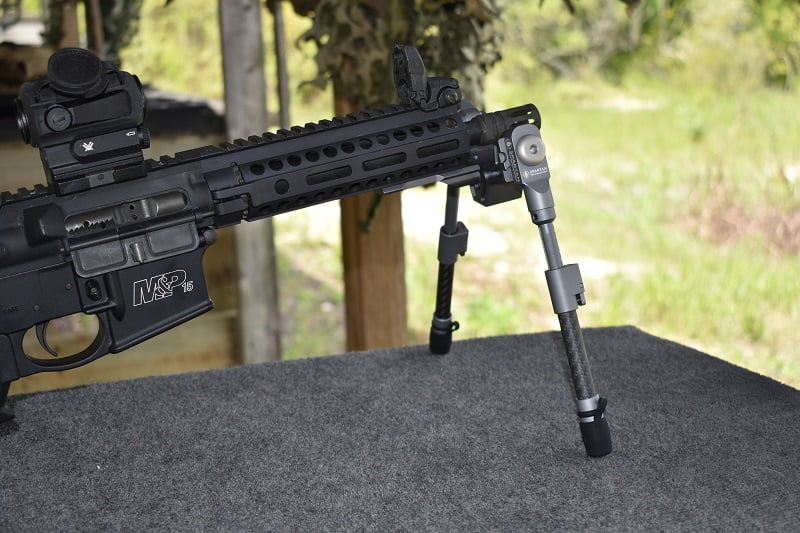 Pros of the Valhalla system:

Cons of the Valhalla system: 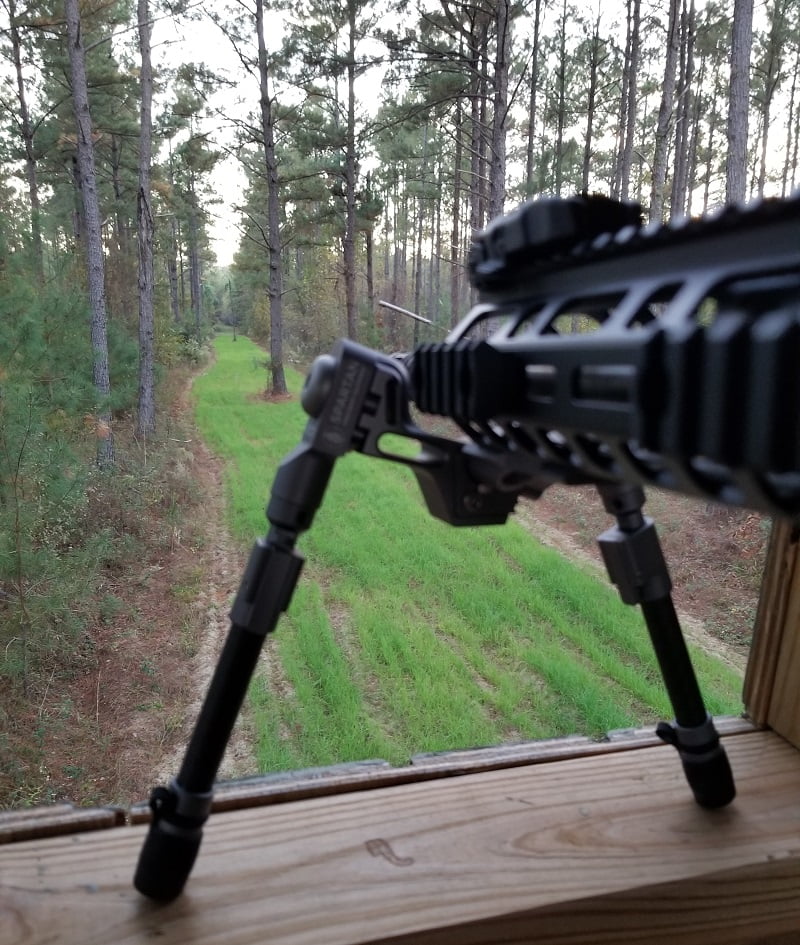 Conclusion On The Valhalla Bipod

The bottom line is that this is a well thought out, high-quality build that will serve the end user well. The system can be used by a hunter or an elite tactical user. It helps that the bipod comes from a well-respected company like Spartan with a known reputation of quality and customer service. I have even found that I like using the Valhalla inside my whitetail deer box stand to take deer and hogs this season. If you have been on the fence about purchasing a bipod I hope this review helps you buy with confidence. Order here.

Here’s to hoping that your season has been great and that your future seasons will be better!

You can comment on this review or ask Richard questions here.

And, you may also enjoy these other Rokslide bipod articles.