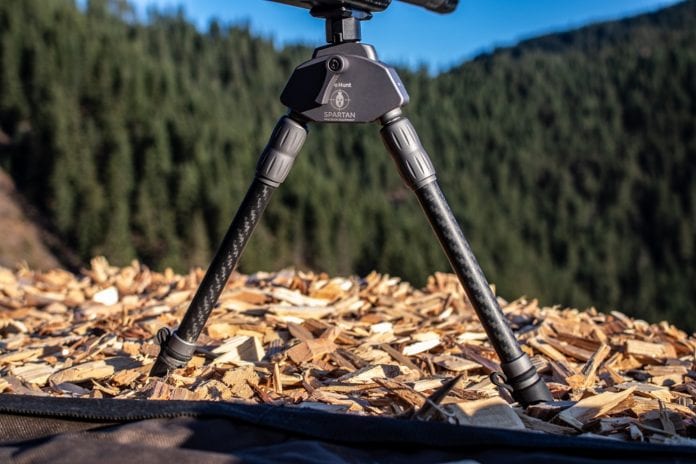 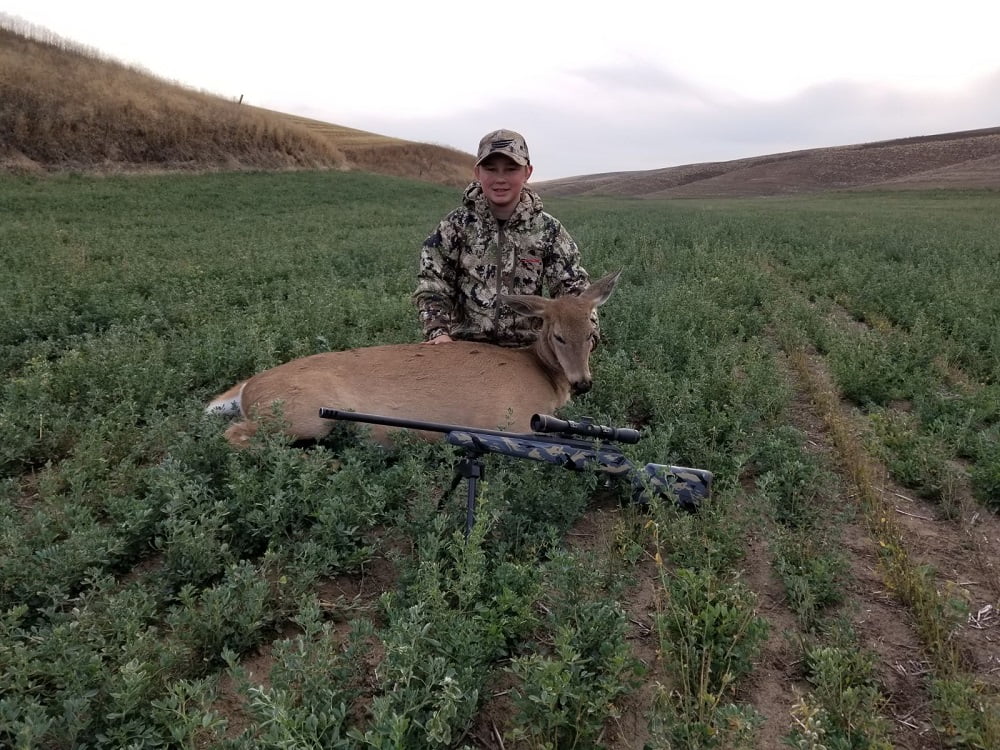 My son and I have used Javelin bipods on just about all our hunts with great results since I tested the original in 2016. Now my dad, brother, and many friends rely on them for their hunts as well. Was the original perfect? No, it wasn’t. But, the team at Spartan Precision Equipment is never satisfied and continually improving. Through years of feedback from top shooters around the world, they developed the Javelin Pro Hunt bipod which eliminates the few complaints I had of the original. When I saw the new Pro Hunt version I immediately asked to get one for review.

Upon opening the box I noticed the same great storage case used in the past. Inside was the Javelin Pro Hunt – Long and accessories. They included a universal rifle adapter, three different mounting bolts, and an Allen wrench. In addition, I also ordered their universal M-Lok adapter for use with my Christensen Arms MPR. The look and feel of the new Pro Hunt didn’t disappoint and I was excited to test it out. 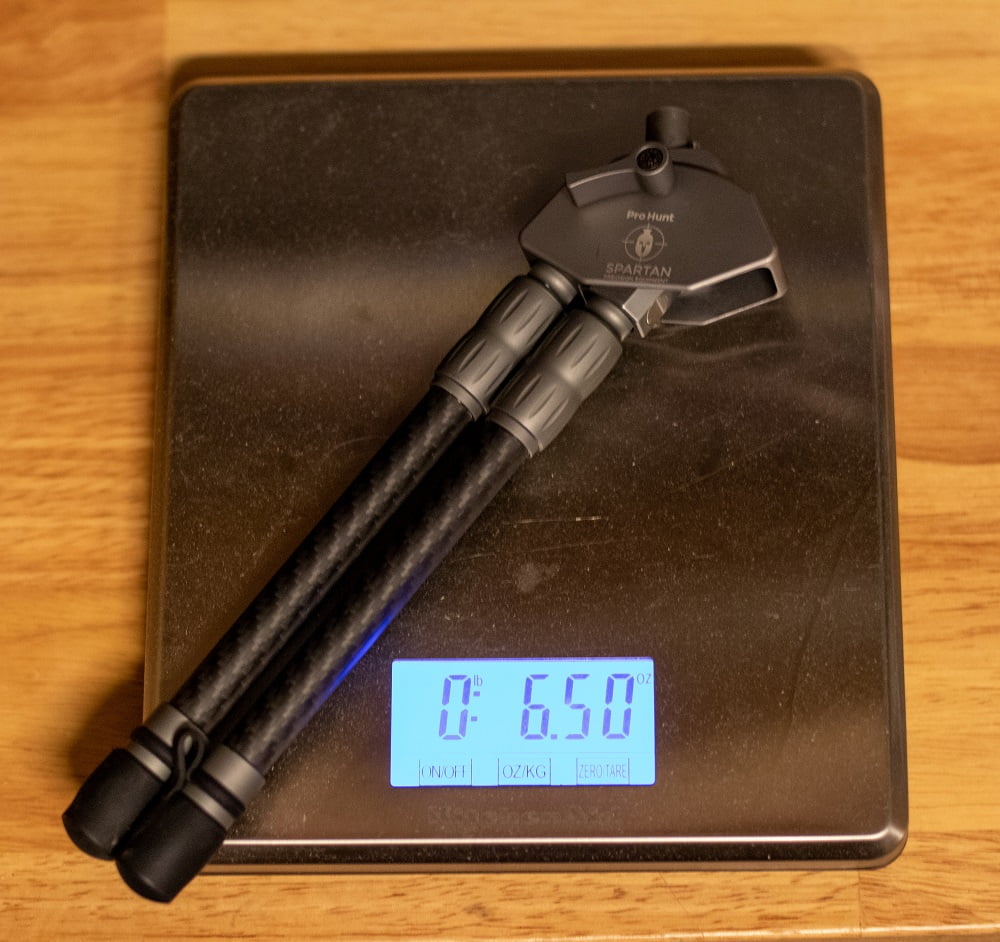 The Javelin Pro Hunt bipod is available in standard (6.8”- 9”) and long (8”- 12”) configurations. I prefer the long version for hunting. It weighs only 6.5 oz (on my scale). Compare that to 12 oz or more from most other bipods. The price of $328.15 can be a bit high for a lot of shooters. Luckily, you can just buy one and get extra adapters to use on multiple rifles. And, the Pro Hunt uses the same magnetic attachment system as the Original Javelin which saves some money for people already using a Javelin bipod. 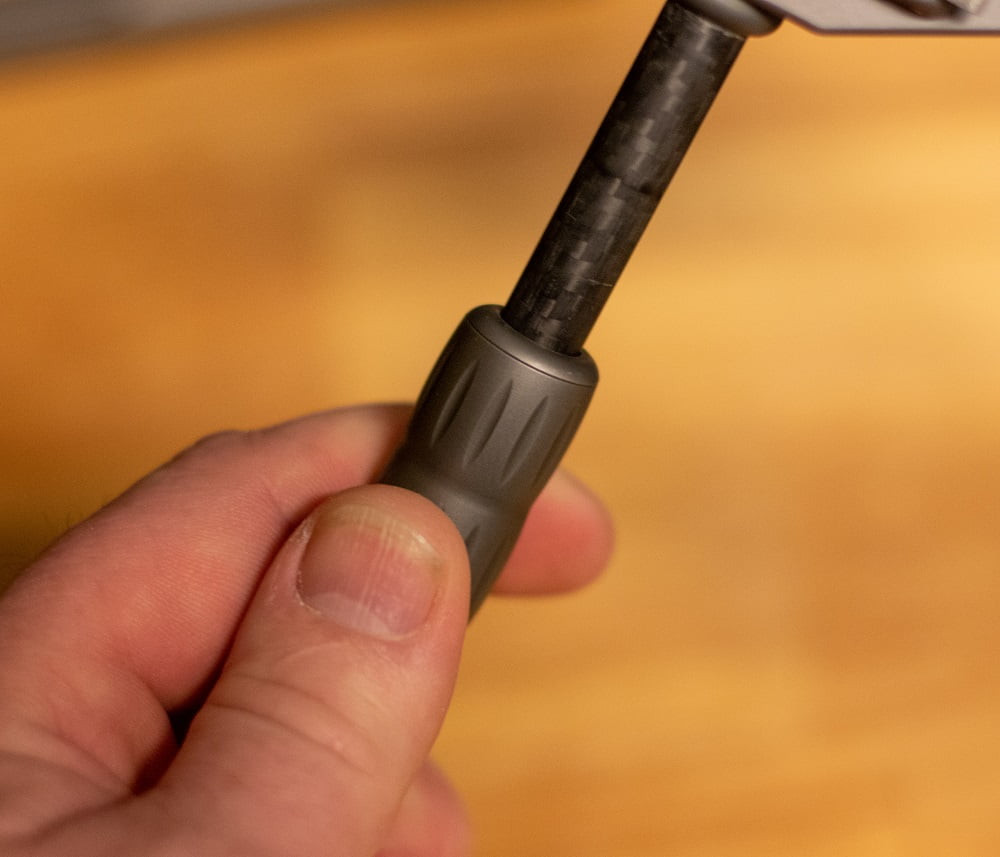 The external leg locks are faster and easier to use. Especially with gloves on. They are also more robust than the Original Javelin. And, they are located at the top of the leg section instead of the bottom which helps keep them out of the dirt. A new leg “lock-out” feature prevents the legs from closing inadvertently. That made prone stalks way better for me. Removable feet allow for more options in the future. The legs are also removable to add more versatility by switching to sitting, kneeling, or standing length legs. 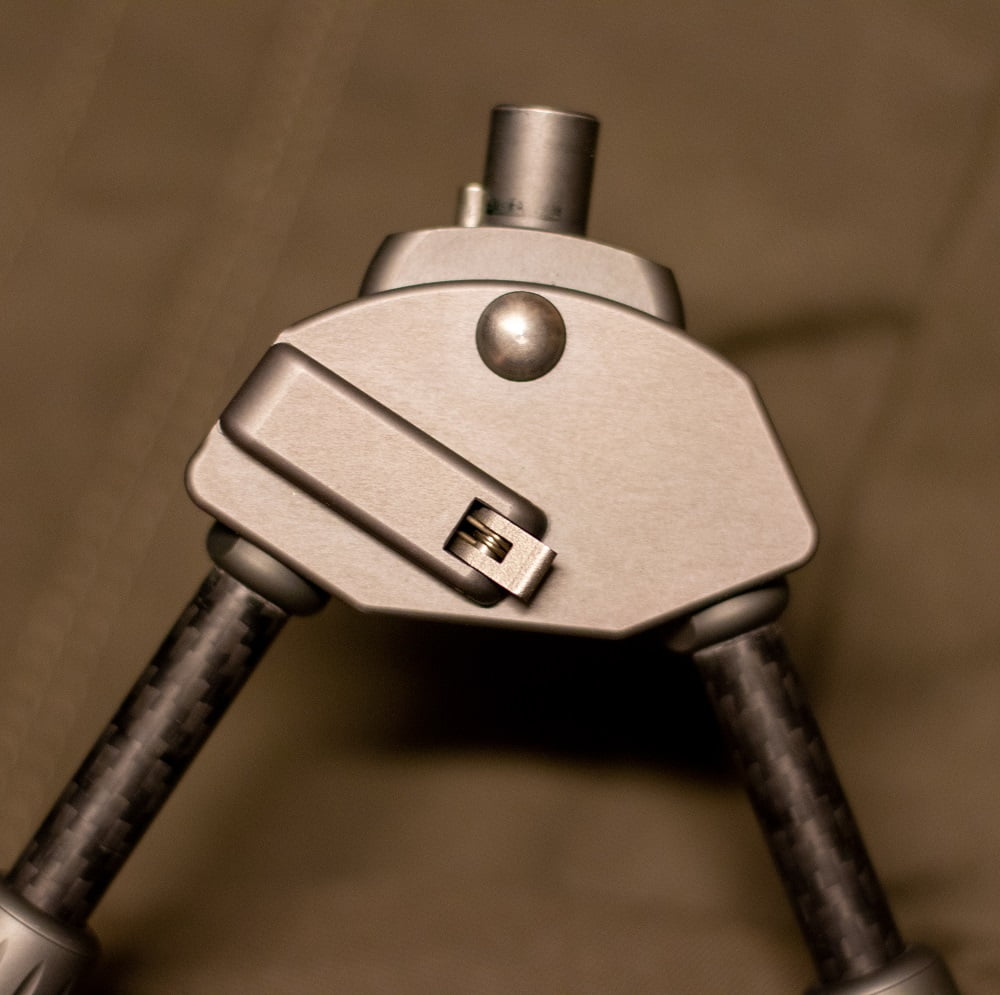 The Javelin Pro Hunt bipod retained the same compact and lightweight form as the Original. You can still pan 30 degrees left or right, or reverse the bipod and lock it in for more stability. The Pro Hunt also retained the 15-degree cant in both directions and a locking lever to set the tension. I found the lever a little short making it a little hard to get fully locked. The rubber capped carbide feet work just like before. 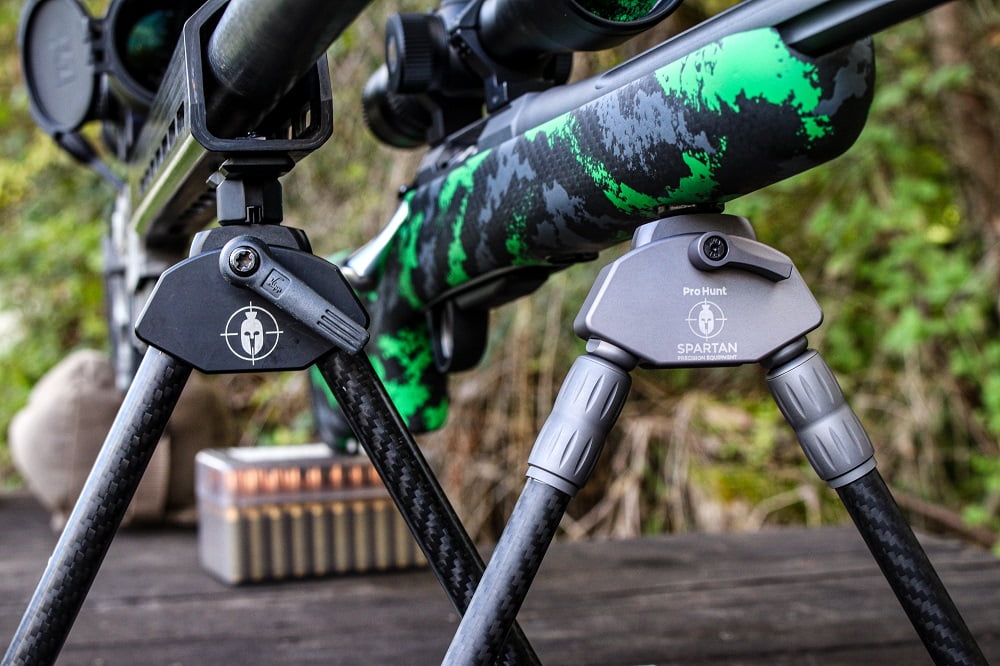 I first used the Javelin Pro Hunt on my wooden shooting bench at our home range. The carbide feet grip the wood surface well making it easy to load the bipod slightly. I was happy with the stability and able to print some very tight groups as expected. When I took the Pro Hunt to the mountains for a long-range test I was pleased as well. There were no issues getting a solid rest for shots over 1000 yards. The ability to cant the bipod made getting on target a breeze. I was able to test the Pro Hunt with calibers from .243 Winchester up to .338 Lapua Improved and it held up to all without issue. 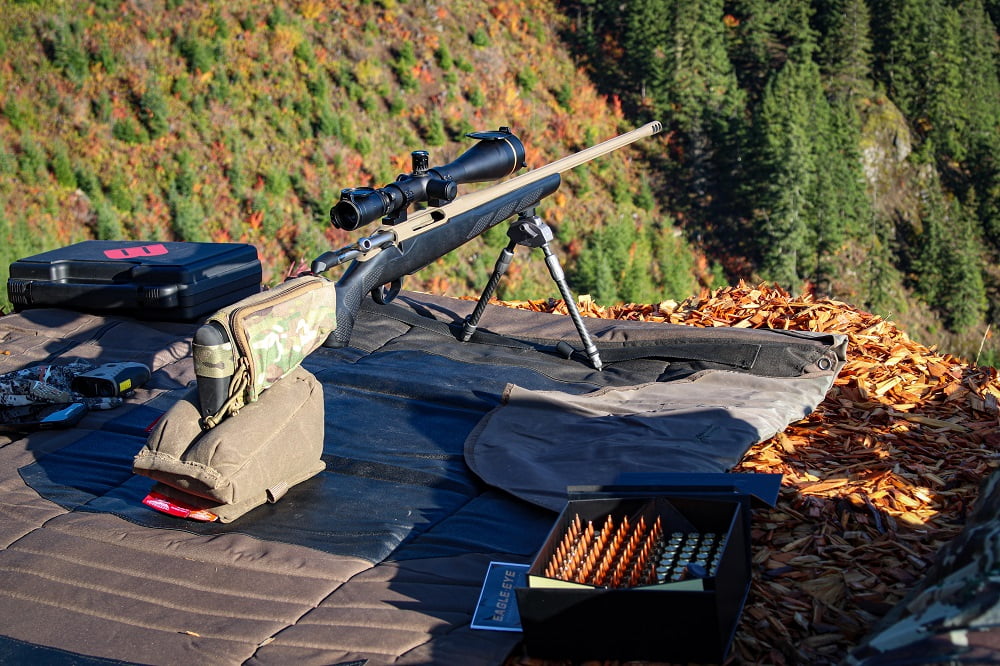 My favorite part of the Javelin Pro Hunt is the weight. Or lack of it. Keeping it in a loop on my bino harness or in a pocket until needed makes carrying my rifle much nicer. It’s extremely quick to attach when it’s time to execute a long shot. A Harris style bipod with spring-loaded legs will be slightly faster to deploy but they weigh more and you have to leave them attached. The adjustable legs make it a snap to get set even on uneven terrain. The rubber feet grip well on rocks and other hard surfaces while the carbide feet dig into softer stuff. Another added benefit to the Spartan system is that their Davros head and tripods use the same mount. That makes it extremely versatile when combined. Read my full Davros review here. 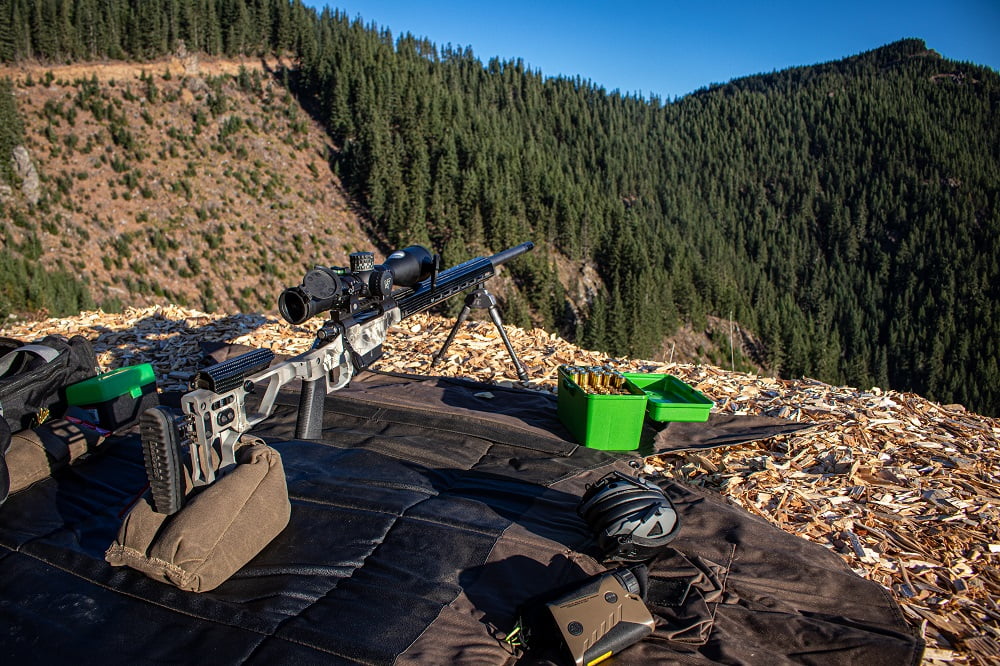 Some people don’t like a bipod that is removed when not in use. This bipod is not for them. The price of $318.15 is expensive and maybe above some shooter’s budgets. I would prefer a longer locking lever. It can take a bit of force to lock.

The Javelin bipod is one of my favorite pieces of gear. The Javelin Pro Hunt is even better. As backcountry hunters, we are always looking for ways to get great results while saving weight. I think the Javelin Pro Hunt bipod is a great way to do that. It’s not designed to replace your military grade, heavy duty bipod. But, it’s a great option for anyone wanting a solid bipod for backcountry hunting scenarios. I’m confident in recommending it and will be carrying it on my hunts again in 2020.

You can comment on this review or ask Justin questions here.