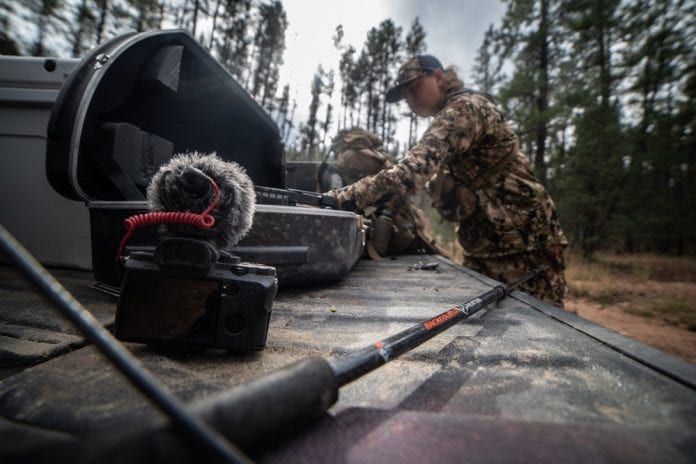 I think one of the most unthought of pieces of gear a backcountry hunter can have is a trekking pole. Often referred to as “hippy sticks” by a large majority of hunters, trekking poles are starting to gain popularity throughout the backcountry hunting community and for good reason. In my experience even carrying one trekking pole with you is extremely helpful in situations like river crossings, steep terrain, carrying a heavy pack, and it can used dual-purpose to pitch a shelter. Overall a trekking pole gives you another point of contact to the ground, helps your upper body out with balancing and your legs by giving your arms some pulling power while climbing, kind of like four-wheel drive. So naturally, when the opportunity came up to review S&S Archery‘s CL Backcountry Trekking Pole, I was in like Flynn. 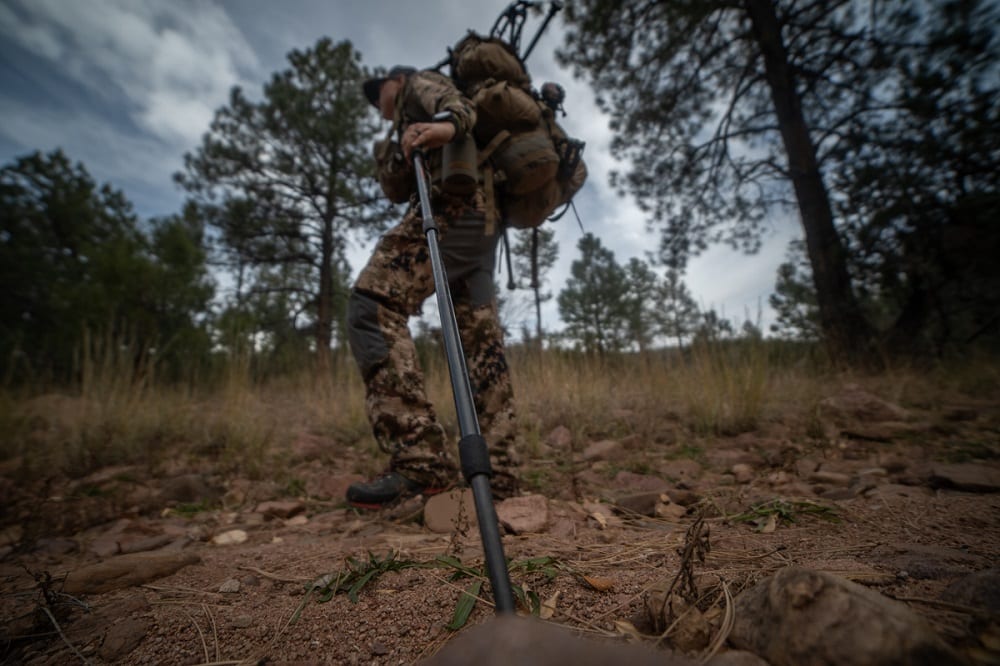 With the wide selection of trekking pole styles in the outdoor market, it’s tough knowing which is going to work best for our application and which can withstand the abuse. I was really intrigued when S&S Archery released their own pole called the CL Backcountry– finally, a trekking pole built and designed with backcountry hunters in mind. The pair is carbon fiber, coming in at 14oz with either the basket or rubber tip provided when purchased. I have been running only the rubber tip with good luck; it seems to grip rocks and the ground I’ve been in very well. It is adjustable to run from 40” to 54”, and completely compress down to 26” making them a great size for strapping to a pack. They also feature comfortable foam grips and twist lock legs. 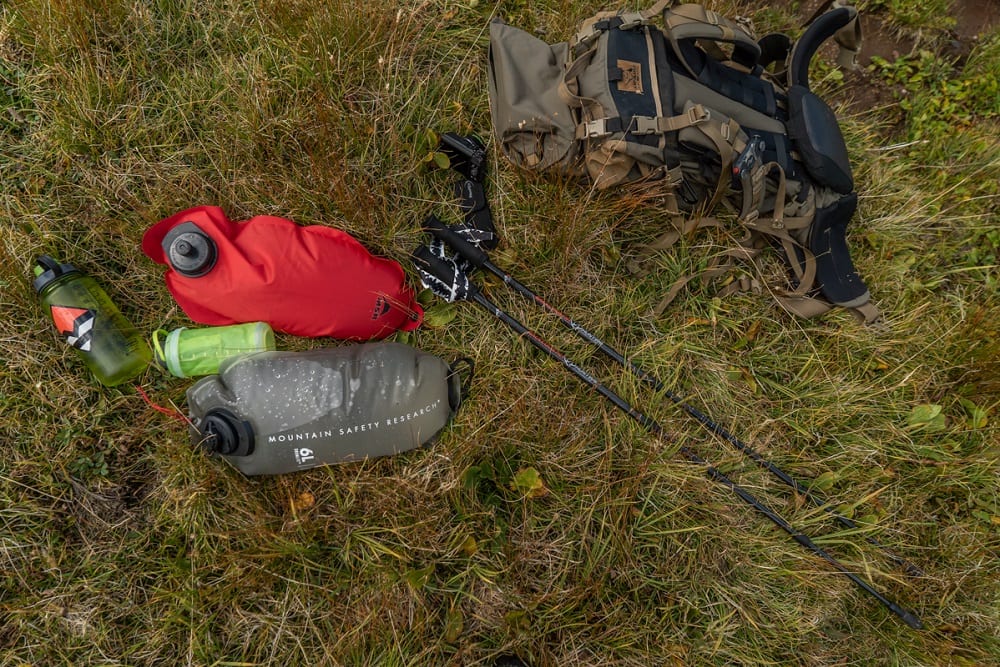 I know some of you may be thinking, “eh, twist lock legs. I’m out.”, but these are unlike any twist locks I have tried. The whole leg twists to lock into place instead of the traditional style twists with a separate piece around the leg that always seemed to get bound up on my tripods. When I first pulled the CL Backcountry Trekking Poles out of the box I lengthened them out, twisted them tight, and hit them up and down repeatedly on my deck to see if they would budge at all and they didn’t.

After using them the last three months or so while hunting, I’m really happy with the way these lock. I never had an instance where the poles twisted loose or collapsed. However one thing I would like to note is my size, I’m 5’ 10” 165-ish pounds so not as big as a lot of you guys. Some of the bigger folks may see more play in these after use, but for me, they were solid. 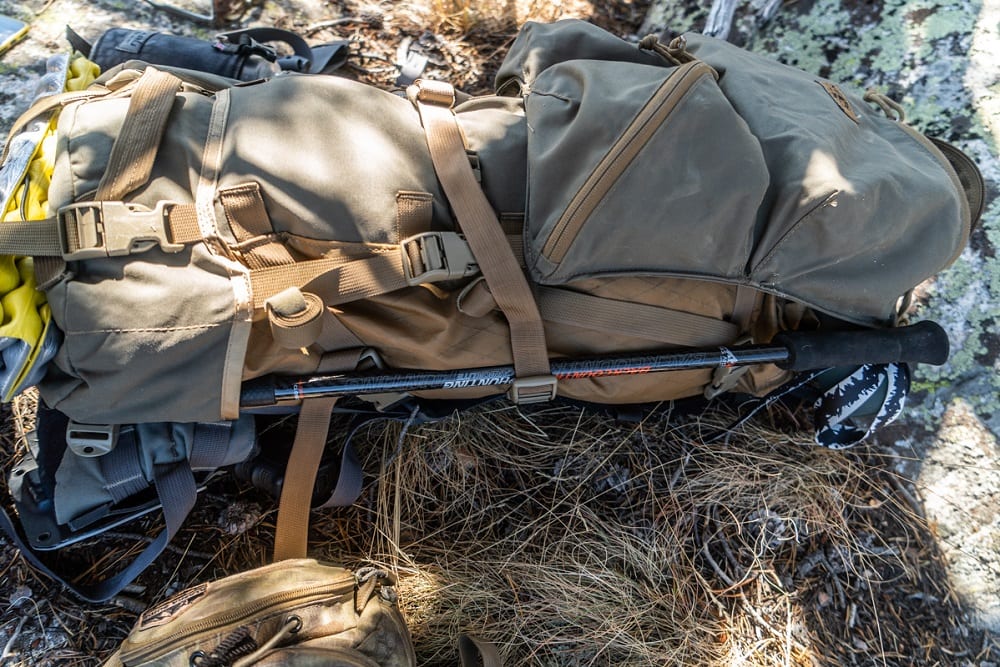 The next immediate feature I knew I loved was the grips. Previously I had used some grips made of cork and over time they developed annoying smells from my hands that I couldn’t get out, they also weren’t very comfortable. These foam grips are much better, I never had an issue. The only part of the grip area I didn’t care for was the wrist slings, which is my personal preference, I don’t usually use the wrist slings because I don’t want to lock my hand into the pole. The slings on these poles are adjustable and during the first trip the adjustability would lock up or become really easy to loosen and tighten. I could never figure out the mechanism in there that locked it. I personally would rather see a set size for the sling instead of an adjustment, slightly more simplistic. 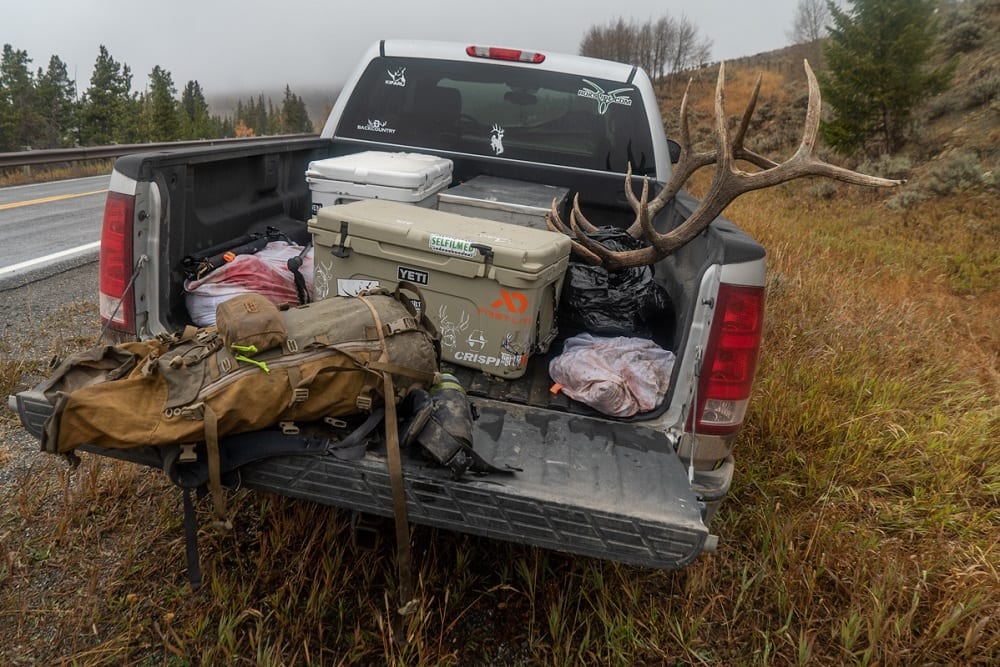 I used these poles on three backcountry hunts this year: The high country of Colorado for mule deer in August, Wyoming elk mid to late September and Arizona elk in late November. In Wyoming it had rained and snowed making the ground a slippery mess while packing out my bull; the pole really assisted me while trying to keep balance on the slick ground. In Arizona, I was in some really rugged terrain with cliffy areas and extremely thick brush, the pole again performed very well. 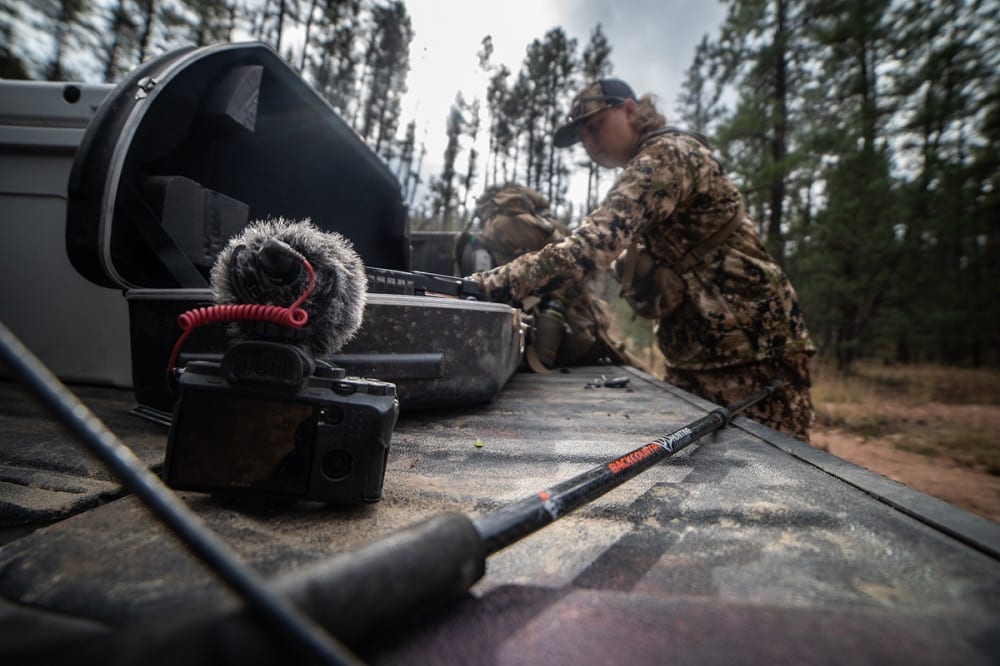 Overall I love the CL Backcountry trekking poles. I don’t see myself changing poles in the near future.  After after having these, I would recommend then to anyone. Retailing at $144.95 from www.sandsarchery.com, I believe they are a fair value for a good product.

You can comment on this article or ask Jordan questions here.