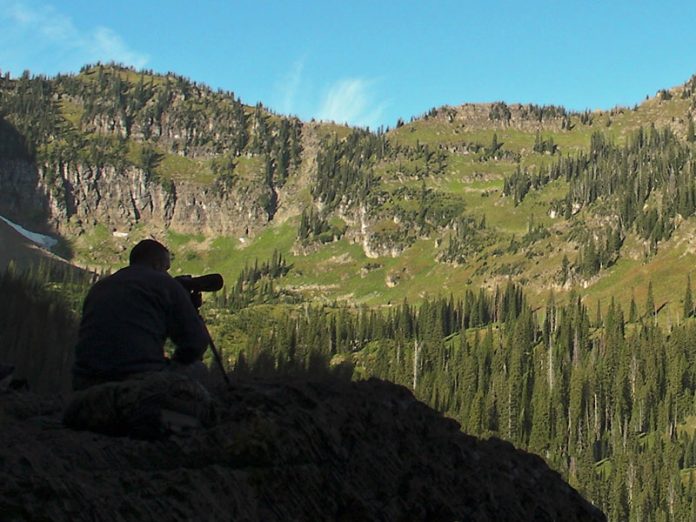 Optics for Hunting:  What are We Looking For?

So many hunters have picked up a nice binocular in a store, or in the field, or out of a friends pickup, put them up to their eyes and said something like, “Boy those sure are clear.“ 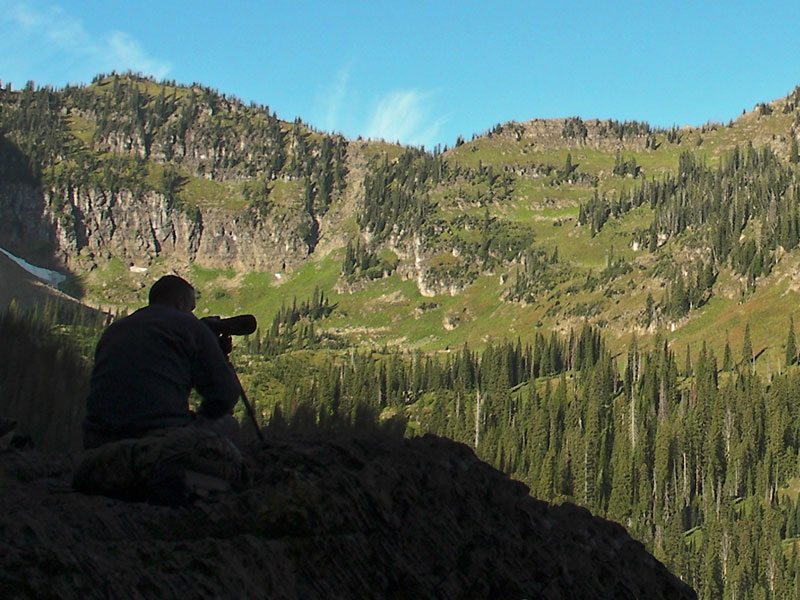 Well, that is what we want, isn’t it? A clear view?

Clarity doesn’t really describe something.  Clarity is the absence of something.  Some people will see a bright image and describe it as clear.  Others will see a dim image that has a lot of detail, and say it is clear.  What we are really looking for is a bright, neutral, high-contrast, high-resolution image.  I think that would provide the clearest view.

A bright image in an optic is the result of several factors.  First, not all of the light makes it through the surface of the glass.  Some is reflected back.  That is why you see yourself in a window.  This happens at every lens surface in the optic.  So a little is lost at the objective, a little more at the next lens surface, and so on.  Then that reflected light has to go somewhere.  The result of the lost light is a dimmer image at the user’s eye.  The result of the internally reflected light is flare, ghost images, and other abnormalities.

Optics designers do their best to minimize these inherent problems.  One way to minimize reflected light loss is by applying antireflective (AR) coatings to the exterior surface of the lenses.  One coating per lens surface yields a “coated” optics while multiple coatings yield a “multicoated” optic.  Optics that have multiple coatings at every air-to-glass surface are “fully multicoated.”  Internally reflected light can be absorbed by darkening of the interior surfaces of the optic or installing baffles.  The best optical devices have fully multicoated lenses and perfectly dark matte finishes on the interior of the device.  They reflect the least amount of light and absorb the little remaining reflective where it won’t interfere with the ending image.

Light lost in the optic isn’t the only source of a dimmer image.  Even if the highest quality and craftsmanship are used with the state-of-the-art materials and design, there is no getting by a small exit pupil.  The exit pupil of an optic is the little circle of light you see at the ocular side of the optic when you hold it away from your head.  The size of this circle of light can be measured in diameter.  You can even measure it with an accurate caliper yourself, if you are steady handed.

You also have a pupil in your eye, of course.  It is an aperture, automatically adjusting for the best view for you.  Typically, the human pupil can constrict down as small as 2mm in most people, and opens up as wide as 7mm.

Optimally, you would want an exit pupil in your optic that is the same size as your pupil.  An exit pupil smaller than your pupil will make the image appear dimmer, as you are not making full use of your eye’s pupil.  An exit pupil larger than your pupil has wasted light bouncing of your iris.  Your pupil in this case is acting like a camera lens’ aperture, and it effectively “stops down” the image.  In my experience an exit pupil of around 4-5mm is sufficient for most viewing conditions, even in low light.  The common nighttime military configuration for binoculars is 7X50.  This results in a 7mm exit pupil, and not by coincidence, as it is the largest dilated pupil size humans usually can have.  Some spotting scopes at their maximum magnification have exit pupils as small as 1mm, which makes them less than useful in low light.

Large exit pupils are also handy for maintaining a steady view while glassing.  The centerline of your pupil can roam around the exit pupil, kind of like the floating lens element in a stabilized camera lens.  Small exit pupils are much harder to keep steady behind, as your larger pupil is trying to center itself on the small exit pupil of the optic.  The bright 7X50 configuration used for nighttime military use is also commonly used in marine binoculars, to maintain a steady image while on a rocking boat.

In the evening, as the daylight fades to night, you may notice that the image through your spotter set on 60x is too dim to see what you are looking at.  As you turn down the magnification, the image gets brighter, and brighter, and suddenly you have a few more minutes of glassing.  The reason?  As you turn down the magnification, the exit pupil got bigger. 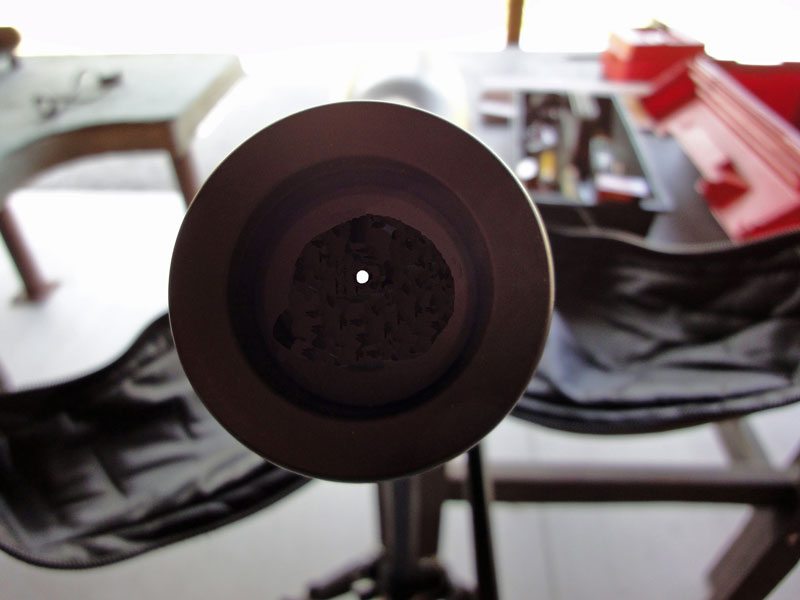 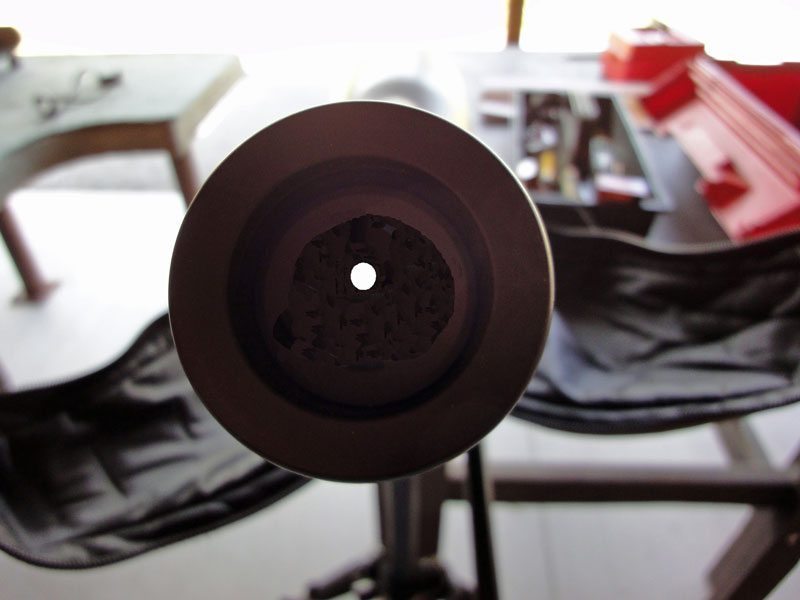 Once we have a bright image, we are looking for a high-contrast image.  Contrast is the optical effect of differentiation among colors.  Optics with high levels of contrast will show many shades of greens, browns, reds, etc.  High contrast views can seem brighter, because even in low light the viewer can discern color differences.

Contrast is important to the hunter.  How many times have you glassed over the same cliff band, rock outcropping, patch of timber, or other area before you finally noticed there was an animal there the whole time.  Game animals tend to blend in with their surroundings, and high-contrast images can be the difference between seeing that big buck bedded among the rocks and krummholz, and going home empty handed. 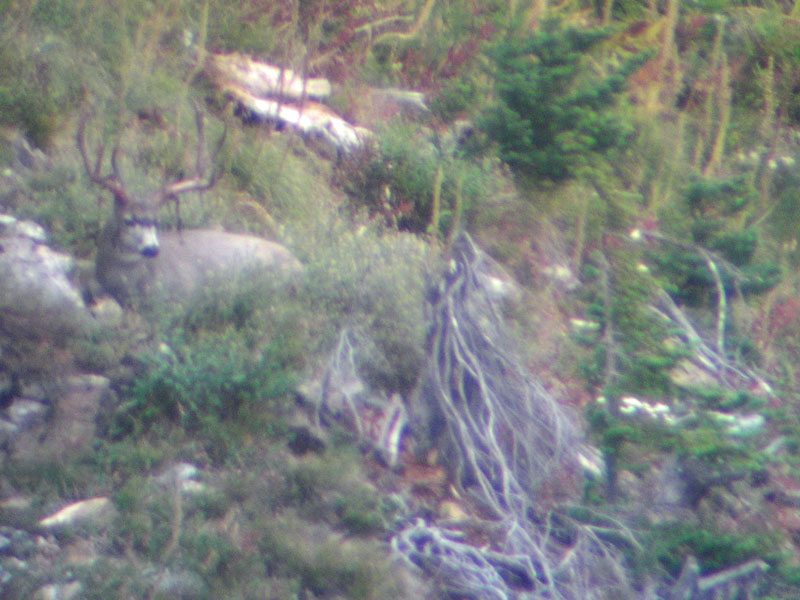 Resolution is the ability of the optic to provide the user with fine detail.  The higher the levels of resolution, the more fine details the user can see.  This is important to the hunter, because he can both spot more game, and evaluate trophies better.

I spent some time a few seasons ago in the very first morning light glassing some bucks above treeline.  The deer were around 1100 yards from my position.  I was using a large 85mm objective  spotting scope with very high levels of resolution, and was able to make out a small kicker on each side of a buck my hunting partner, Kenny, was interested in.  Kenny killed that deer later that morning and those kickers turned out to be less than an inch long each.  Due to the optic’s incredible resolution capability, they were visible at that range. 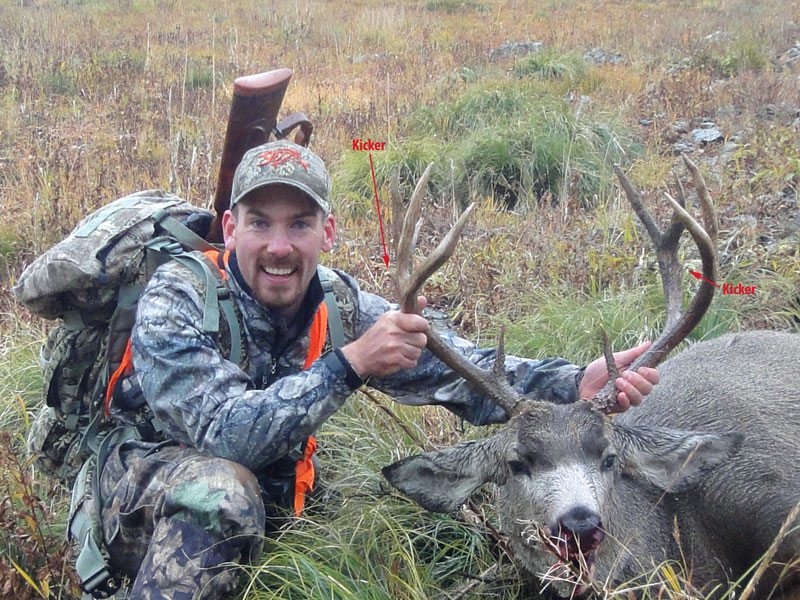 The hunter wants a view that both has high levels of contrast, and high levels of resolution.  Unfortunately, they don’t always work hand-in-hand.  Try putting a digital photograph in some photo editing software.  Take the contrast bar and move it up slowly.  At some point, the contrast will get too high, and start to wash out the detail.  Optics designers have to balance these properties in their design.  The result is some optics that show a little more or less contrast and/or resolution than others.

Lastly, the optic needs a flat light transmission curve.  There are optical testing instruments that can measure how much light at certain wavelengths of visible light make it through the optic.  Often optics, due to construction, coatings, and other factors, will favor certain wavelengths of light.  The transmission curve will show a spike at these preferred wavelengths.  This leads to some colors (wavelengths) dominating the image.  If the optic favors certain colors (often referred to a color “bias“ or “cast“), it is not showing the user the world as it is, it is showing certain colors over others, making some things stand out and others blend in.  Some companies claim to have optimized their optics for color wavelengths for hunters, making the colors of game stand out.  Personally, I think the image in optics so optimized just show a strong color bias.  What you get in increased transmission in that wavelength (say red/brown) you are losing elsewhere in the spectrum.  A flat transmission curve ensures a “neutral” image, similar to the non-magnified image, and gives the best apparent sharpness at all wavelengths of visible light. 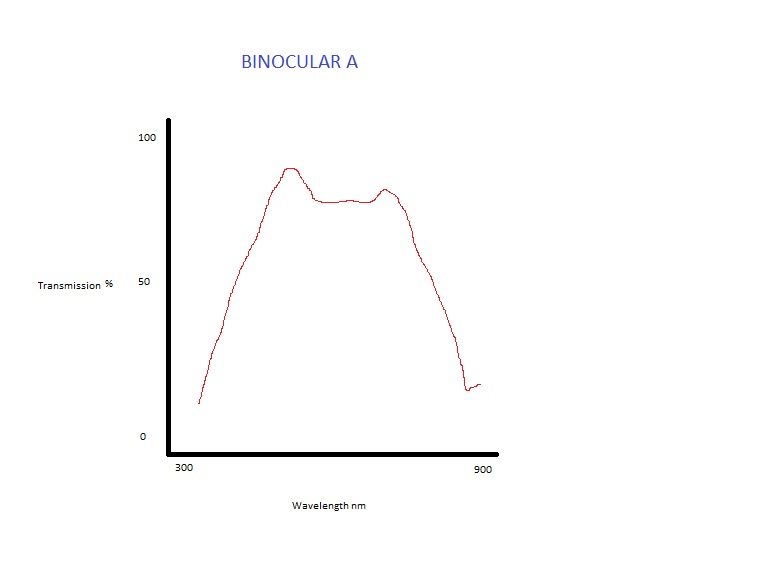 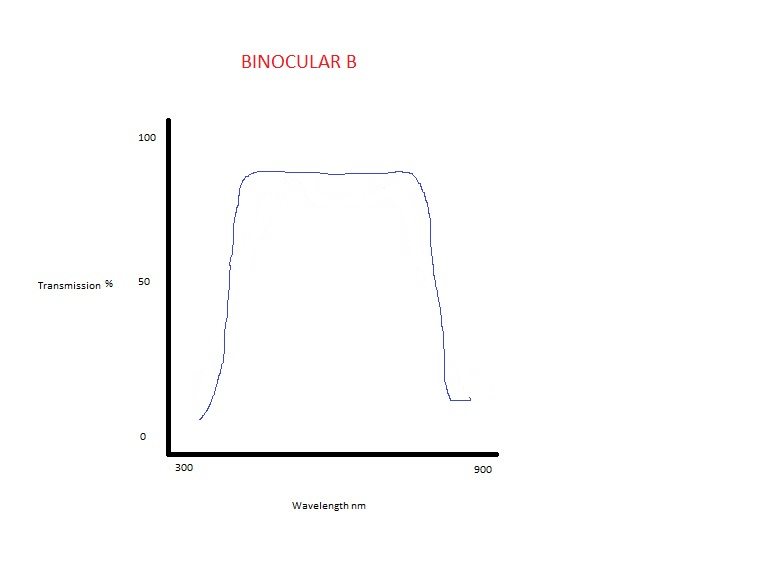 The best optic for hunters, in my view, is one that shows a bright, high resolution, neutral image with sufficient contrast for spotting game.  When looking at and comparing optics for your next purchase, make sure to look for these attributes.