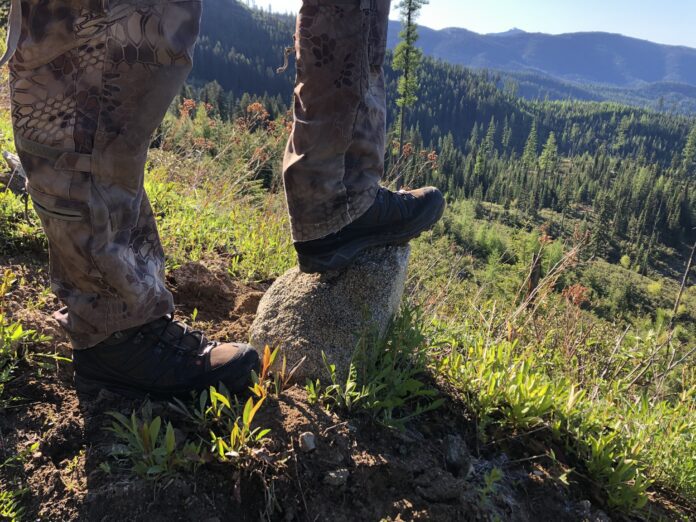 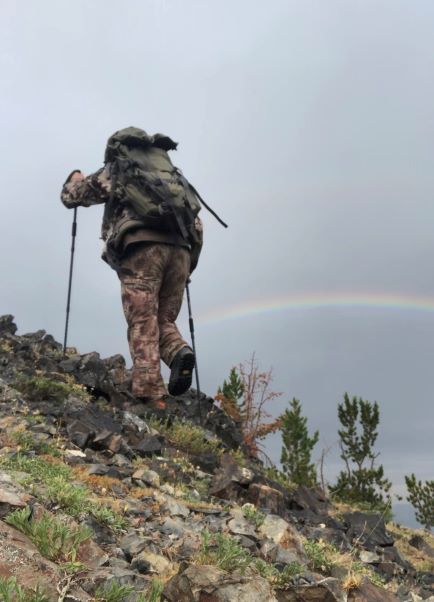 I had a foot injury this past December while elk hunting. It was an injury that was a long time coming due to bad foot structure/mechanics, combined with a poor choice in footwear earlier in my life. I ended up tearing both plantar plates on each of my second toe joints. It was a long hike and brutal packout of a bull in a very lightweight boot with almost no support that finally put me on the injured list. After getting an MRI and seeing multiple podiatrists to explore what non-surgical options existed (surgery recovery time was estimated at 16 months), I opted to follow the common recommendation each podiatrist gave: wearing a supportive boot with stiffer soles was a must for me. Now I have always leaned into the lightest most maneuverable boot, so I hoped for the a boot with the best of both worlds. This is where the Crispi Wyoming II GTX comes in.

Since I wore 10 EE  on the Valdres I ordered the same size Wyoming. I tried them on right away and found that they fit perfectly. There was more toe room than in the Valrdes. The Crispi Wyoming II GTX is built on a wider frame. I need to have the extra room to move my toes a bit and fit my custom insole. They seemed a lot stiffer on the upper part of the boot than the Valdres. They also seemed a bit heavier. I weighed mine at 1 pound 13 ounces per boot, verses 1 pound 8 ounces per boot on the Valdres. 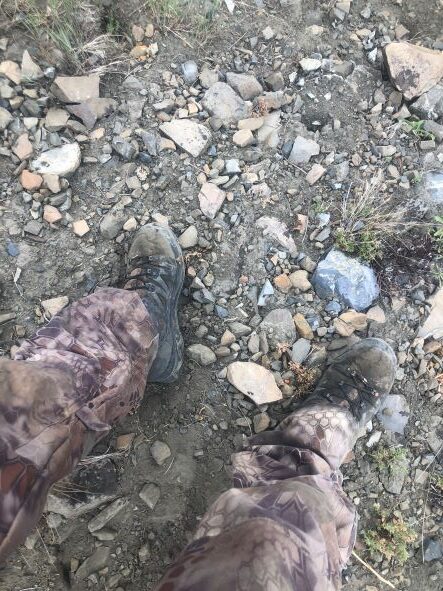 The Crispi Wyoming II GTX is an uninsulated boot and is meant to breathe fairly well; it is a Gortex lined, dual-density polyurethane boot. The sole is Crispi’s exclusive Vibram® Super-Grip, ABSS Ankle Support System. They are 8 inches tall. In my opinion, that is the perfect height as it’s still supportive, good for keeping debris and snow out, but also gives you more mobility than a taller boot.

Crispi made some changes to the Wyoming II this past year. They changed the Cordura material to a water-repellent Suede and high puncture resistant PU Tech super fabric. This is a polyurethane weave used in both this boot, and the Crispi Idaho boot. Crispi also added polyurethane midsoles that give it more cushion and allow you to feel the ground better. 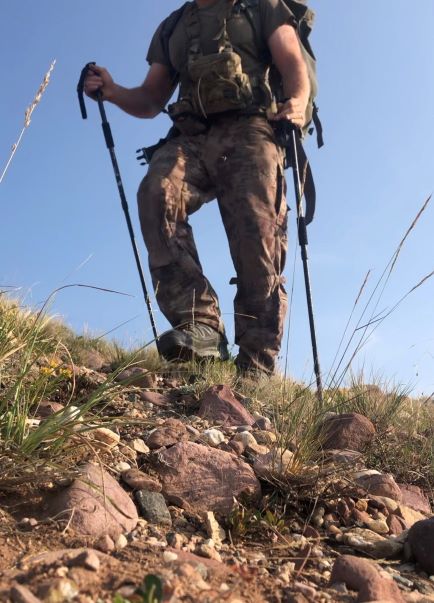 I wore the Crispi Wyoming II through the spring and for a good portion of summer scouting. The break-in period was very little if any. I had worn it around the house and walks before my first real hike. I had no tight spots or rubs. Others might, but I didn’t.

Going downhill, I had to make sure the laces were snugged down tight on the grommets to ensure my foot is locked down into the heel box. If done properly, your foot will be locked down very well. If not, the extra room due to extra width becomes an issue walking down steep inclines.

The ABSS ankle support system, when snugged down properly, makes a difference. I’ve always had issues rolling my ankles even with the Valdres, but these did noticeably better. However, if not properly secured, (I learned that when being a bit lazy) ankle roll seemed worse.

The Vibram outsoles are the same as the Valdres which are the best I have used. They offer excellent grip on rocks and are very durable. I’m very rough on outsoles, especially in sharp rocks where I spend a lot of time and have ruined aggressive outsoles in a single trip! With the Crispi Wyoming II, I had quite a few foot strikes on a sharp rocks but they held up very well with no real damage. 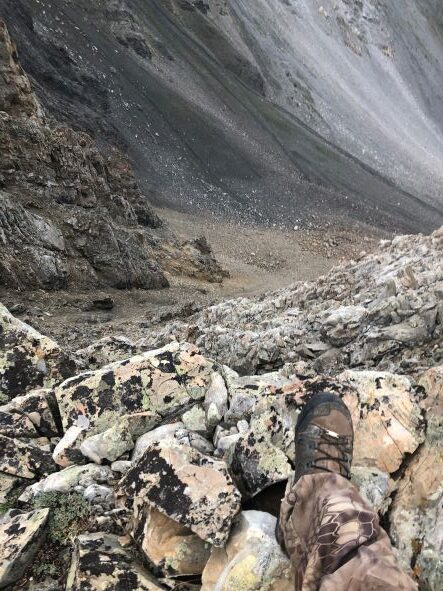 The PU Tech reinforced Cordura I previously mentioned has certainly been an upgrade. I had several instances where I hit sharp rocks that I feel would have damaged, or at least shown serious wear, in a non-PU reinforced boot. Through my testing I had no damage to note.

I also noticed the added ground feel the polyurethane midsoles offer in comparison to the Valdres. This makes it a bit quieter and should help with stalking. However, for me, its not such a good thing due to my foot condition and I needed my custom insoles for additional padding. 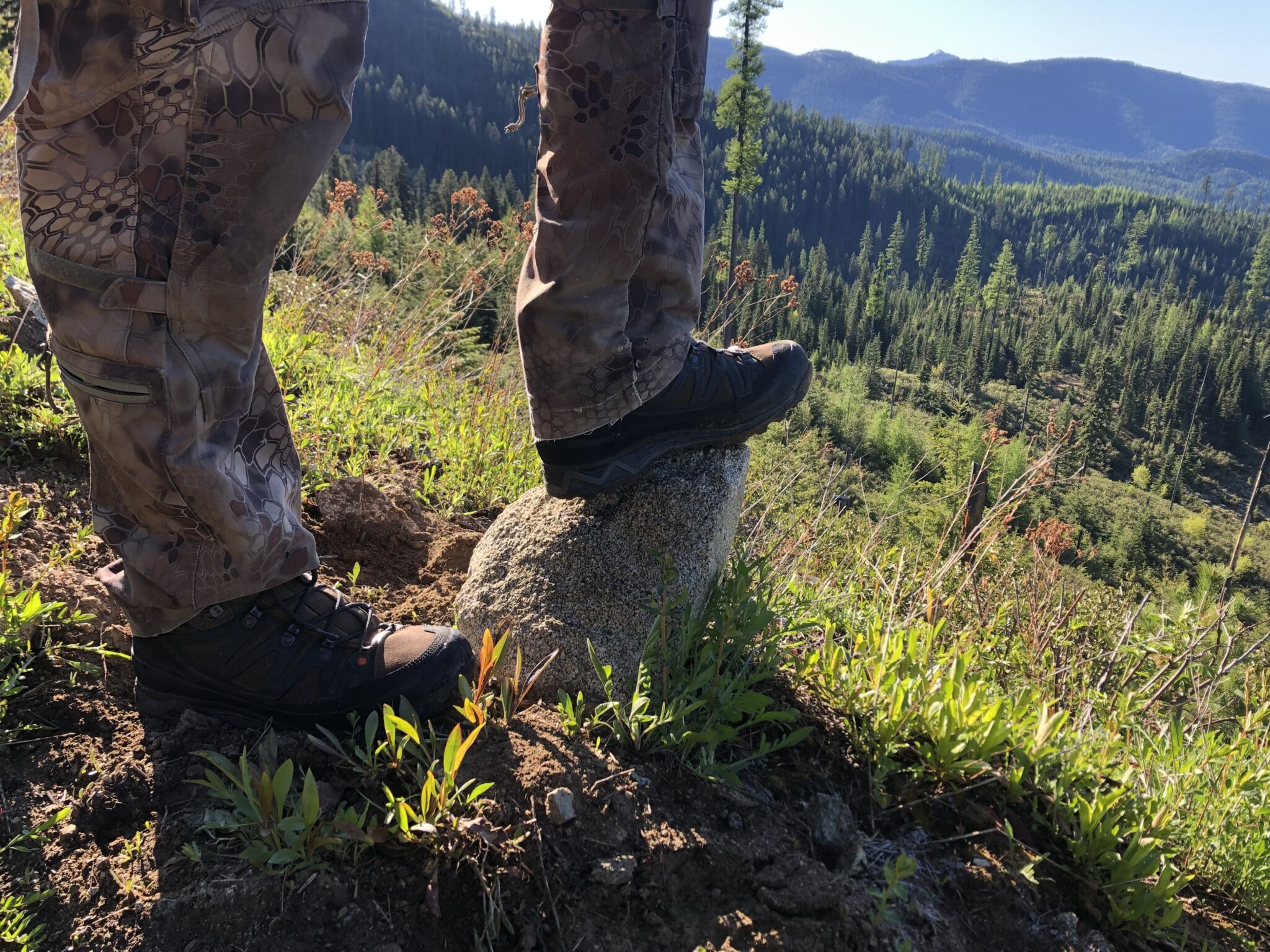 The Crispi Wyoming II seem to have a perfect mix of agility and support. I was skeptical when I first started due to the extra weight over the Valdres, however I hardly noticed when hiking. 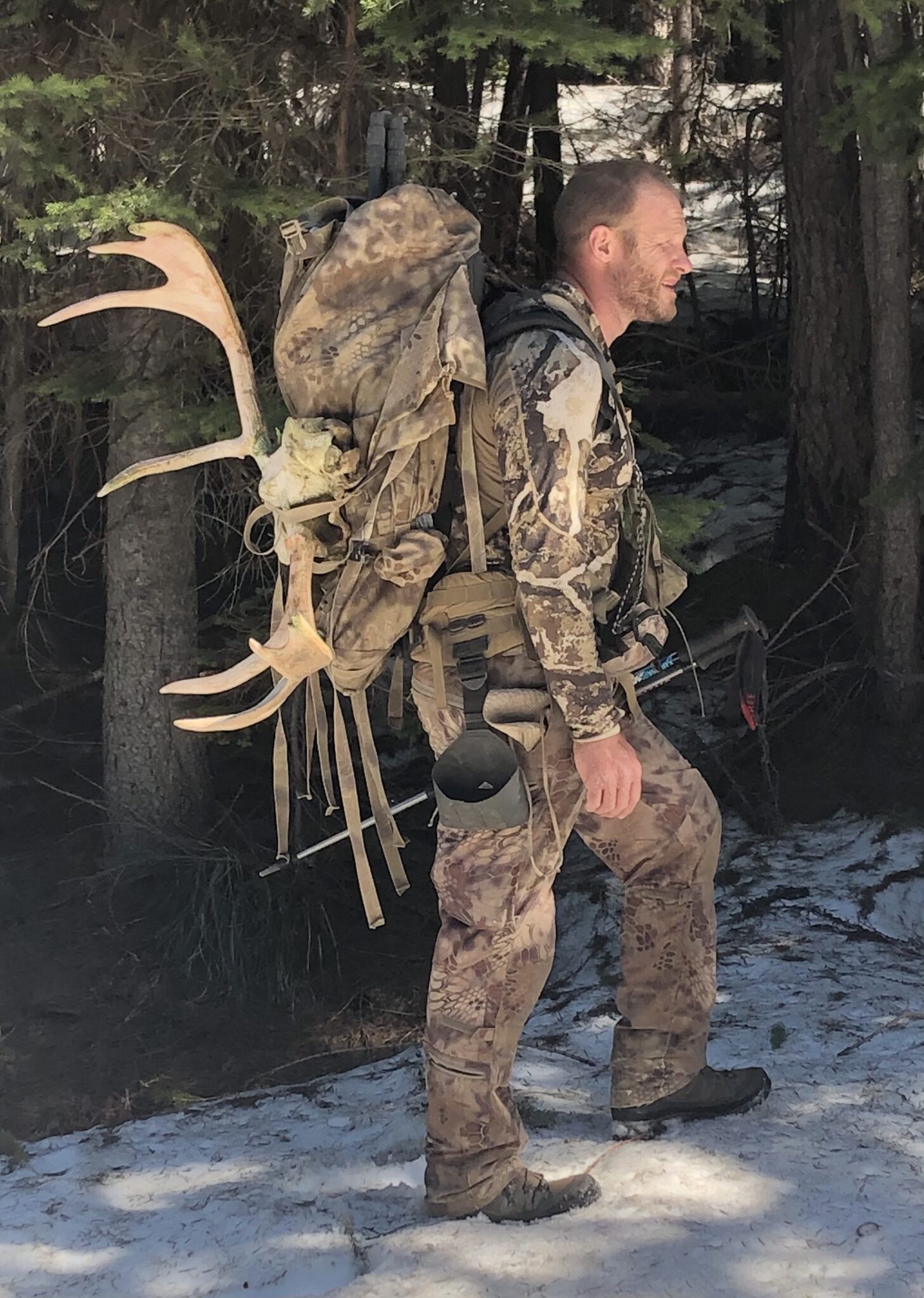 I didn’t get to spend much time in wet weather or the snow. We had an abnormally hot and dry spring and summer, though I did get out in a couple of good rainstorms in late July. I had no issues with getting wet. When compared to the Valdres, which performed well in this regard over the years, I suspect they would only perform better as they are a solid inch taller, which I find the perfect height for having maneuverability and keeping debris and moisture out. 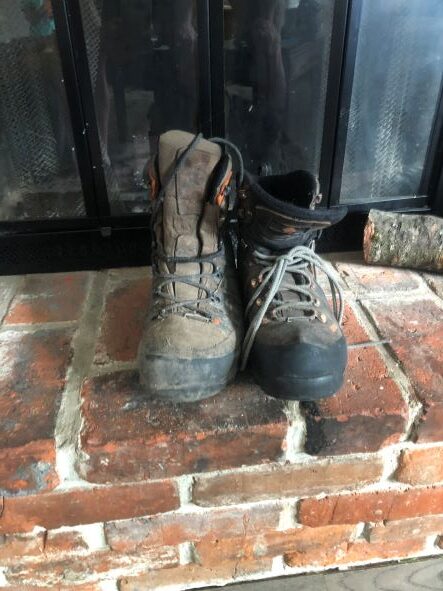 Overall, I couldn’t say anything bad about these boots. Comparing them to my all-time favorite boot, the Valrdes, they compared favorably. While I like the smaller profile of the Valdres and the lighter weight better, the Crispi Wyoming II GTX is not far off and has a bit more support, as well as extra height.

My favorite difference is the wider foot box. I have room to move my toes yet still be locked in place. This will allow me to use more substantial socks for cold weather. I believe the Crispi Wyoming II GTX will be a true three-season boot covering the entirety of big game hunting seasons for me. 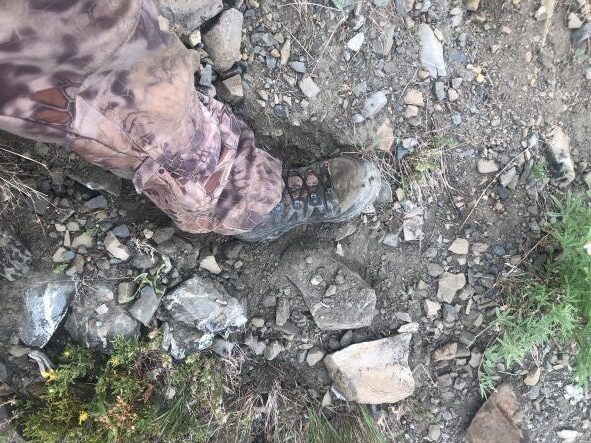 I have used a lot of boots over the years–from cheap to high-end–and Crispi Wyoming II GTX have been easily at the top in both performance and durability. I feel they are a great balance of support, maneuverability, and weight. Based on what I’ve seen so far, the Crispi Wyoming II may end up being my favorite boot.  These boots, along with some insole hacks, have helped me avoid surgery for now, and that’s a good thing.

You can also check out our other boot reviews here.