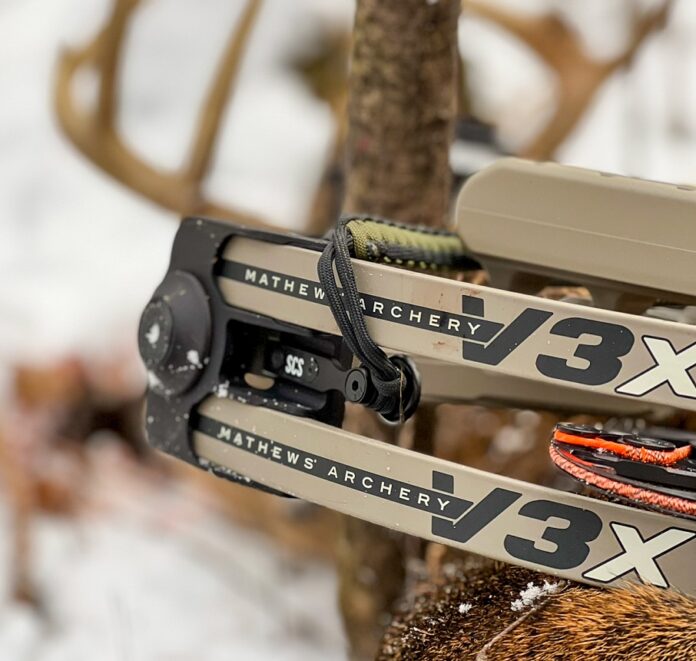 “So, I guess here it is, we’ll just announce the 2022 flagship right now. The all-new 2022 (******) from Mathews!” This is how we ended the 2021 Mathews V3 review. There’s no crystal ball, no palm reading, or tarot cards. For a few years I wondered just how Mathews could keep improving? Over the last few years though, they have made it easy to predict the future. Not the specifics, just the fact that they aren’t sitting back waiting. Year after year, they are innovating, proving, and advancing technology. This year’s flagship, the V3X, is no different.

The V3X stage is set on the Proving Ground, which you can watch here.

Like the 2021 V3, this year’s V3X has many of the tried and true features. The Integrate MX dovetail rest mount, Center Guard cable system, Switch Weight modules, and CrossCentric Cams are a few of the more prominent things to carry over. More info here.

New for the V3X, and visibly hard to miss, is the Bridge-Lock Sight technology. This allows dovetail sights to be mounted directly through the riser. This eliminates the external mounting bracket, creating a cleaner look, improved balance, less hand shock, and a more compact profile. This feature is compatible with all dovetail sight brands that I have tried, and don’t fear-the V3X is still compatible with all external sight mounts as well. 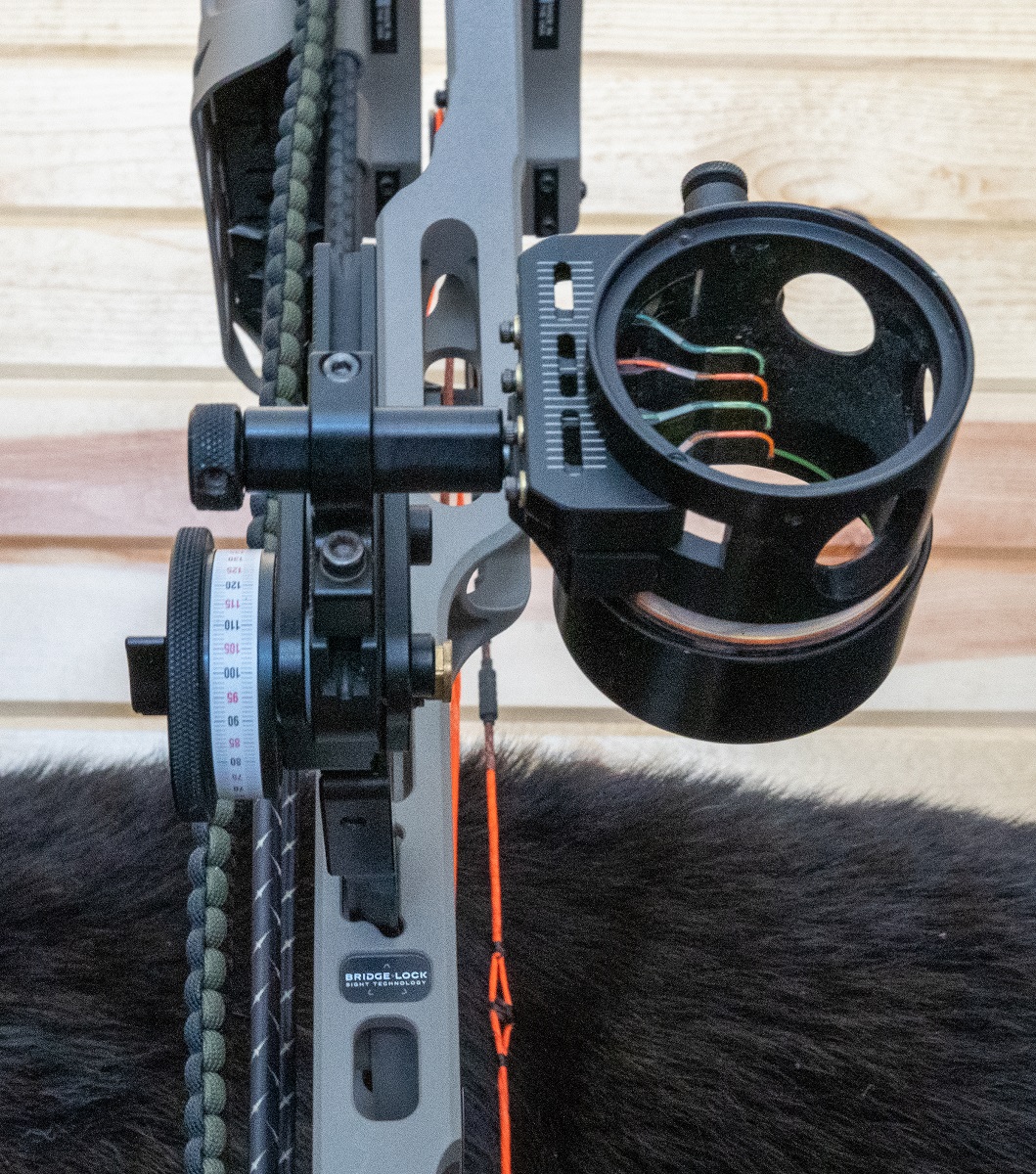 In conjunction with the Bridge-Lock, next in line are the new LowPro quivers. These are designed around the geometry of the V3X. Moving the sight to the center of the riser allowed the engineers to bring the fixed and detachable versions over 50% closer to the riser. These are more precise and fit tighter, helping keep the streamlined balance position that Mathews is creating. Like previous models, the LowPro series is available in both one and two-piece versions. More information can be found here. 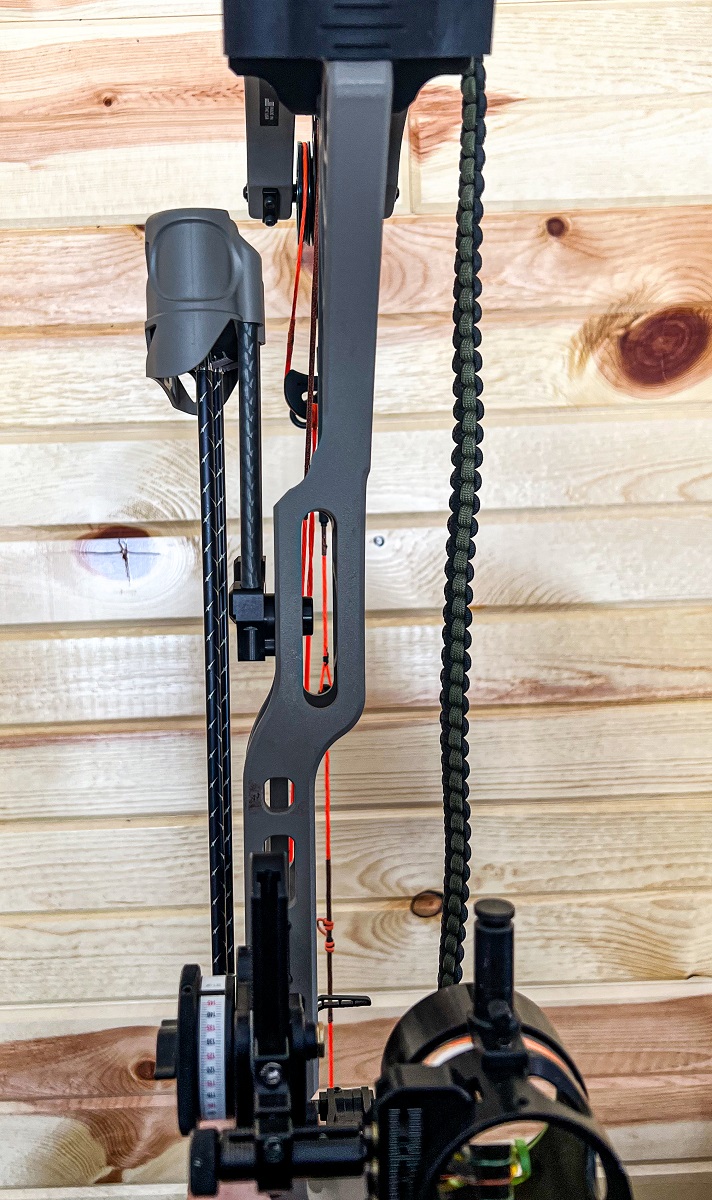 One of the biggest fears of backcountry hunters, and those who travel across the U.S and the World, is having a mishap during the hunt. Losing a peep or needing to fix strings and cables on the fly isn’t a worry anymore. With specially modified cams and this bow-specific set of cables, the Stay Afield System is the new lightweight bow kit that will save more than one hunt this fall. At less than ½ ounce, this is a must-have. You can learn more about the system here.

Similar to last year I received the review bow in late October, while I was out on other hunts. Like a kid at Christmas, it’s always exciting to see what Mathews put together. It didn’t take long to get the box ripped open, and begin setup.

The setup was fast and super simple. I was able to slide in my HHA Tetra Max dovetail bar and lock it into the Bridge-Lock–such a simply ingenious system. Within another 15-20 minutes, I was able to get the rest, loop, and peep sight all tied in. It was time to fling a few arrows to get sighted in and feel this bow’s shot sequence for the first time. 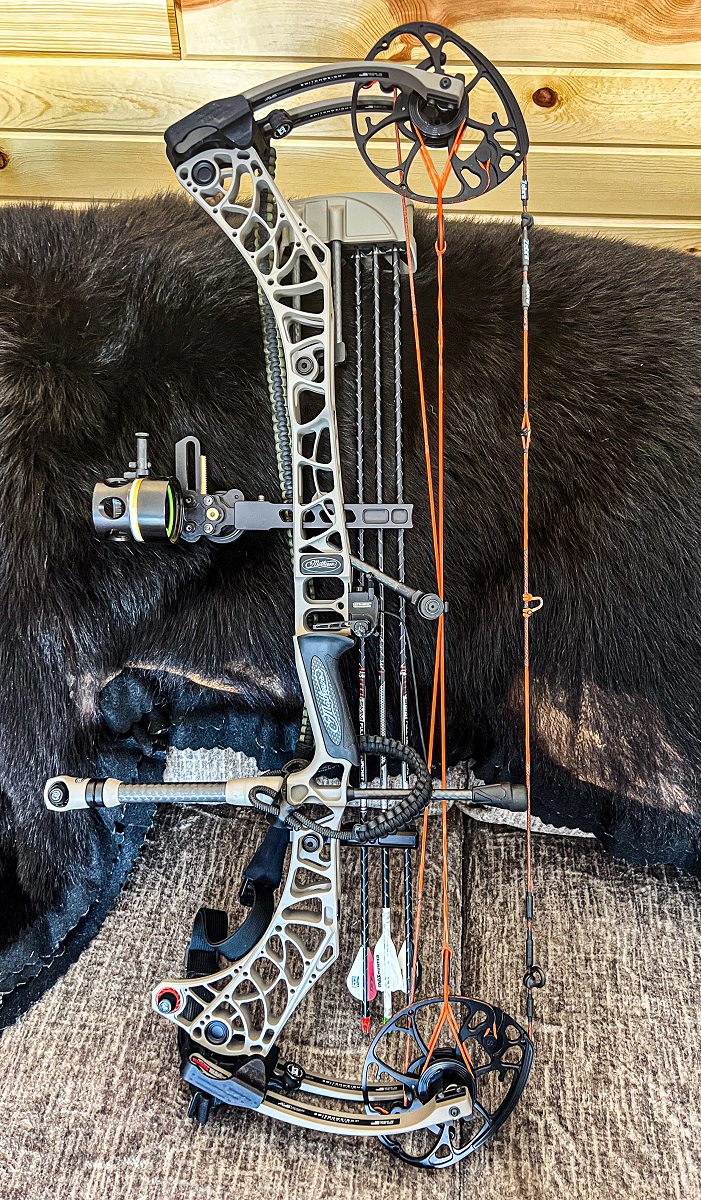 Like normal, I measure and eye everything close, then go to 5 yards and shoot one arrow.  Then I make adjustments, and then another arrow at 10 yards. I make that set of adjustments and shoot another at 20 yards. At this point, I am pretty dialed. I’ll then shoot three arrows at distances out to 50. When comfortable, I’ll dial 60 yards and shoot that until I’m confident enough to pick my sight tape. 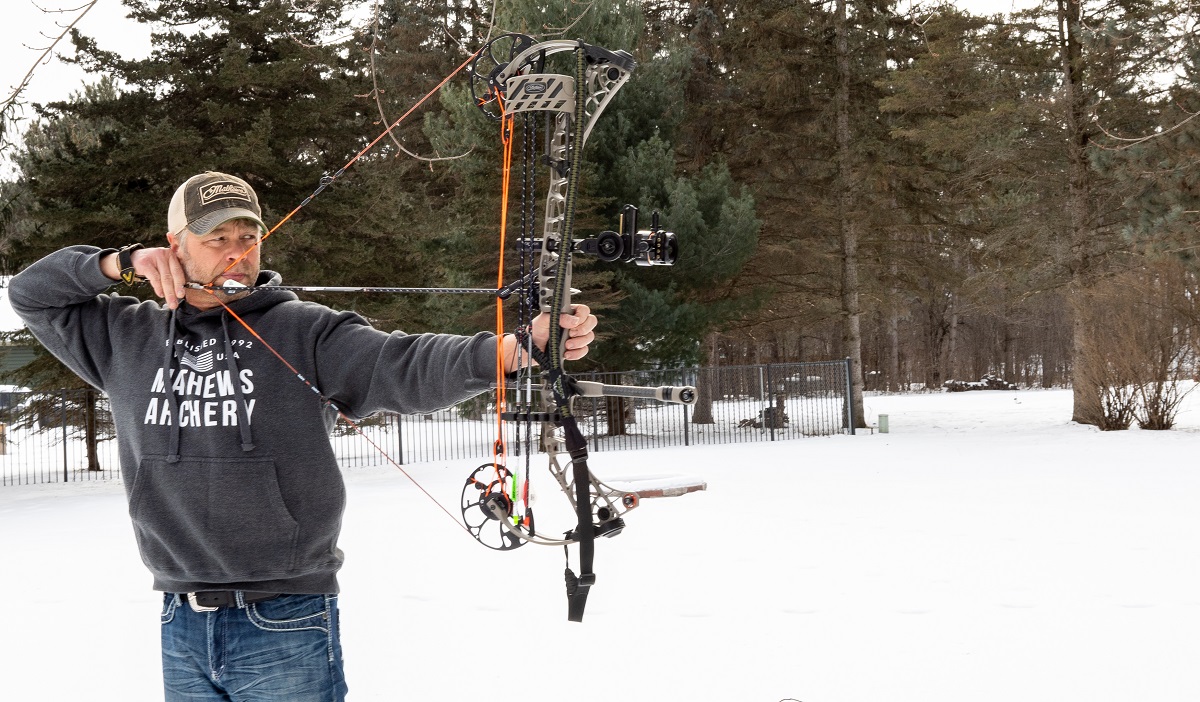 On this particular day, I didn’t have a lot of time, but I was able to get 20 arrows in, and was comfortably hitting 4” circles at 50 yards, with broadheads. So slightly over an hour after unboxing, I was headed to the tree stand. I was particularly excited. This was only my second sit in Wisconsin, I had a brand-new rig, and I would only have one more sit after this one before the  rifle season opened. 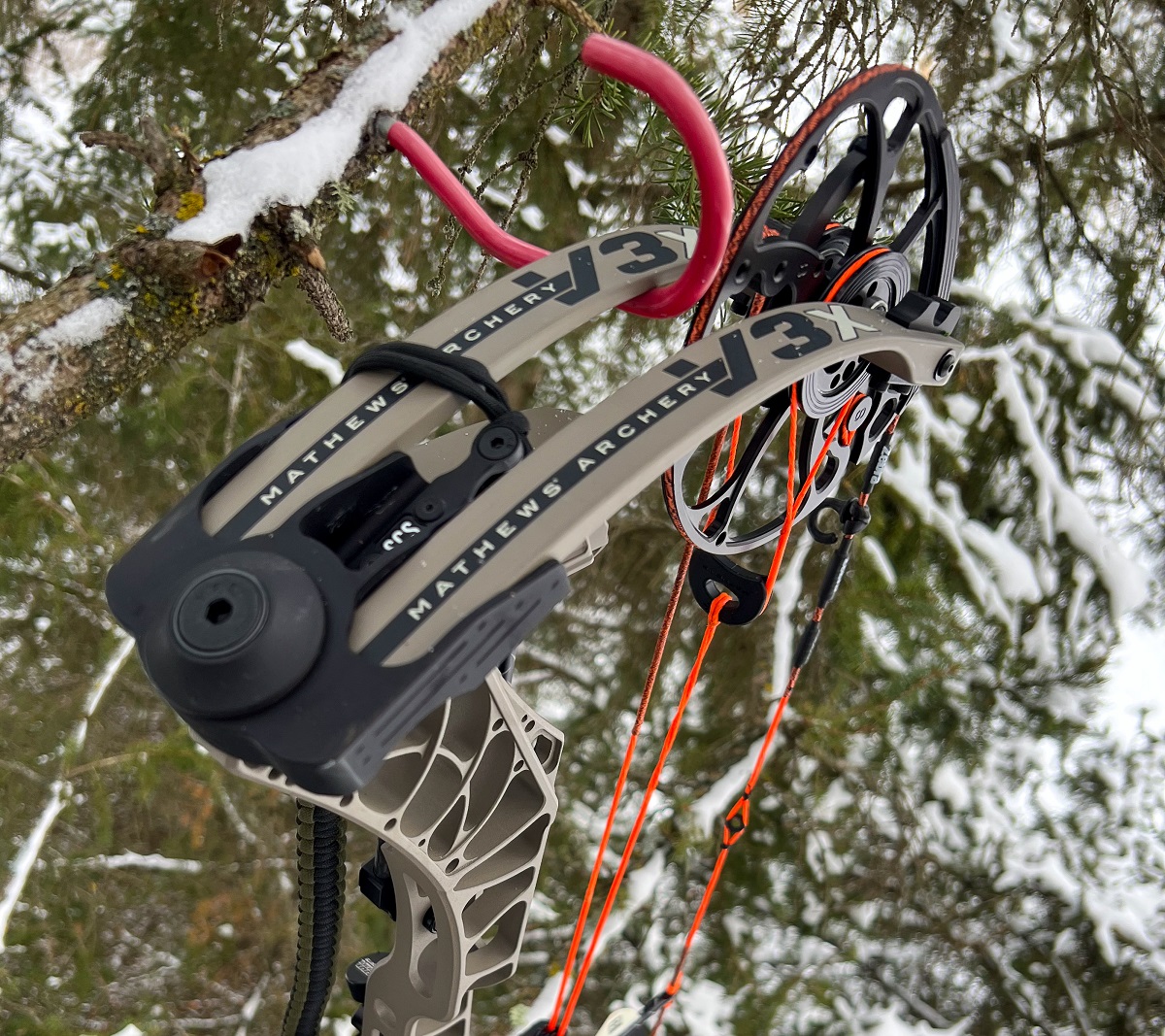 That sit was uneventful, and the following morning I had commitments that kept me out of the tree until 2:00 that afternoon. It wasn’t much after 2:00, though, when I could see a doe feeding my direction through the oak trees. Within 20 minutes she was at about 30 yards and I started preparing for the shot. Over the years I have come up with a very specific shot sequence, it’s become second nature; automatic if you will. Anytime anything in that equation changes, things aren’t as fast, and become less automatic.

With a new rig in my hand, I was now drawn and working through each step of the process when I heard the crunching of leaves behind and below the doe. In seconds, I could see the flash of brown and shine of antler as this buck worked his way up towards us. Within seconds he spotted the doe, grunted, and began trotting towards her. She bolted away from us and then made a loop around. This path had her coming directly under me. I drew again, and as he took a shortcut, it put him on a line 24 yards in front of me–and wide open. With two loudmouth grunts, he came to a stop and I was able to get through the process, sending an Iron Will Solid through both shoulders. He only went 25-yards. 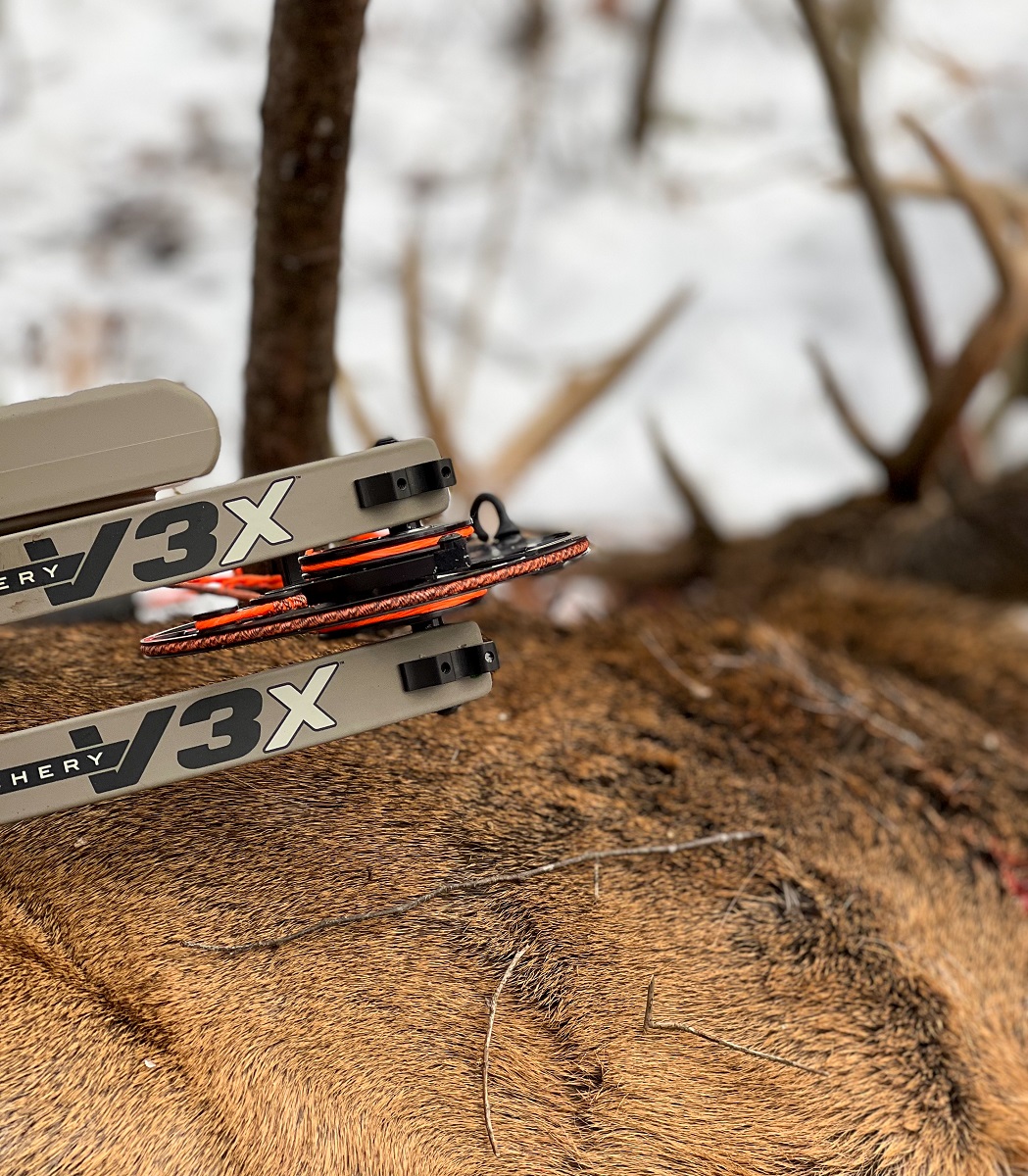 That Was Fun, Now Back to the Bow

Being new, and not totally second nature, I took a little more time with the shot process. When the shot broke, three things came to mind immediately. Wow, that was quiet, literally almost silence, other than the arrow smashing through the buck. I felt no hand shock, barely any bow movement, and lastly, it hammered him!!

Once again I used the Mathews Bow Builder for custom strings, cables, and accessories. I chose the new Granite finish, which I really like. I use an HHA Tetra Max dovetail with this, a two-piece low-profile quiver, and outfit it with a Jakt Gear bow and wrist sling.

My final thoughts on this bow are incredible. As I alluded to in the hunt recap, it is unbelievably quiet, and the bow movement upon shot release is almost nonexistent. It’s honestly hard for me to believe. It’s got a solid back wall, the balance is tight, and it is the nicest bow I’ve ever shot. Start building yours here.

I do have to be very careful when I’m at the back wall, it seems ready to take off at any point if I relax at all. More time with it will be the only way to see how it works out.

I’ll reiterate, how amazingly quiet this bow is. I can see this being a big advantage in certain situations like jumpy whitetails, western antelope, and longer-distance shooting at some animals. Less noise should hopefully keep those edgy animals from jumping the string so much. 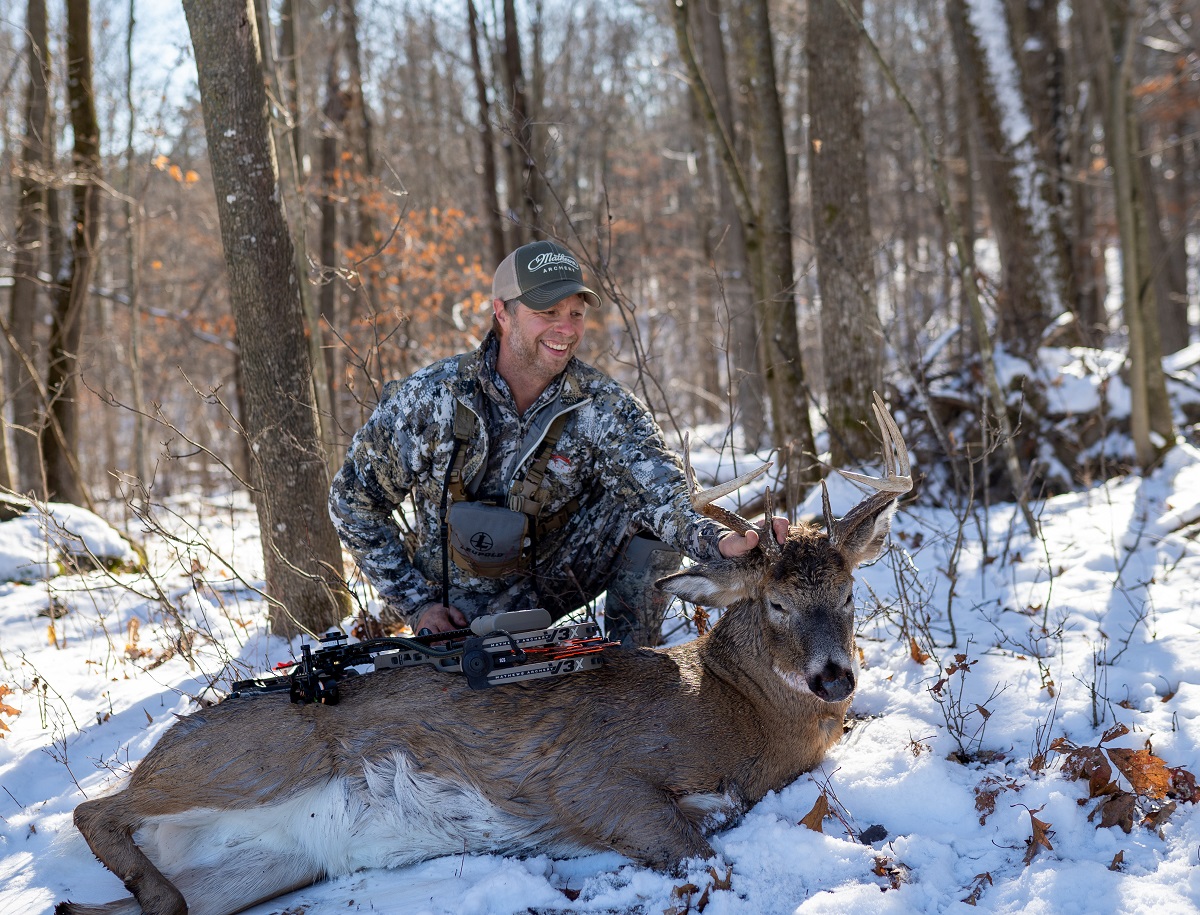 I’ve shot almost every Mathews built since the early 1990s. It’s an amazing company (and just an hour from my house.) Just like about anyone else, I have the ability to shoot a bow from any bow manufacturer that I like–and I do every year from many companies to stay in the loop and formulate honest opinions. And I still keep coming back to Mathews.  I’m looking forward to getting my hands on a 29” version to see how it shoots…and even more looking forward to seeing what the 2023 Mathews will bring to the table…stay tuned.

Comment on this review or ask Les questions here.

Why I Choose Hoyt