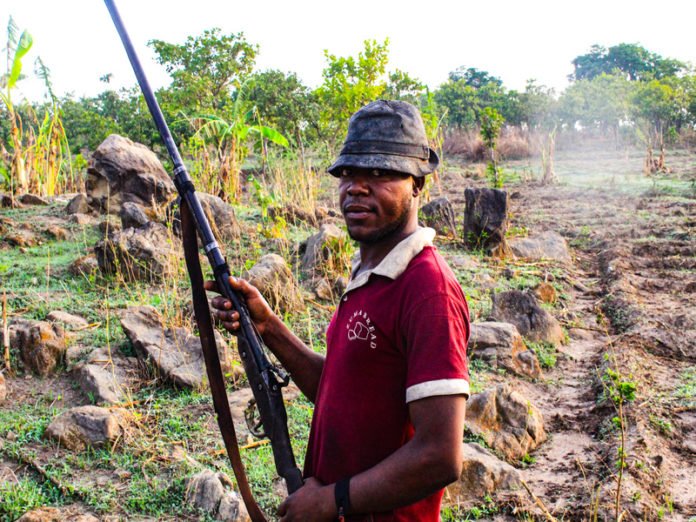 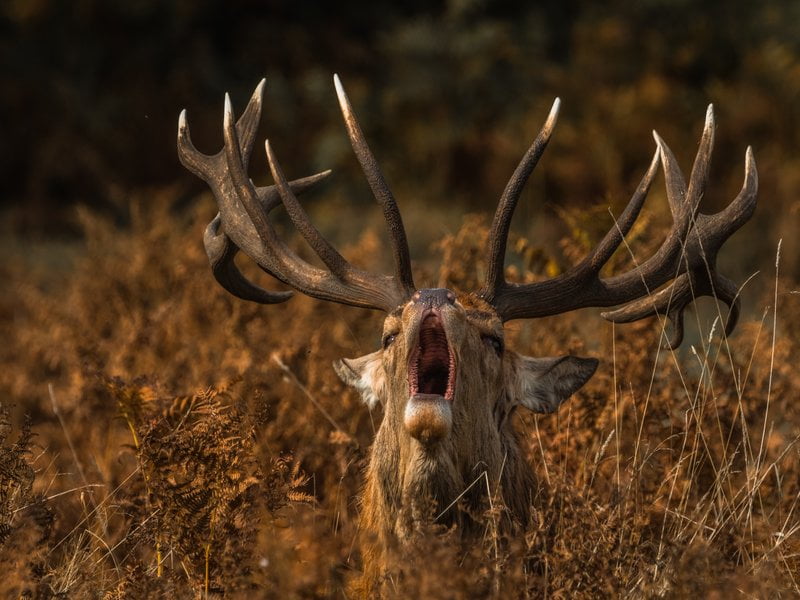 In all our daily travels, we are surrounded, I think, by signs and symbols that always give us an idea of where we are in relation to our environment or the direction we need to take in order to complete a task or journey. From our African war horns and talking drums; the art of Egyptian temples and tombs or the Chinese ying-yang symbols; all the way down to the beep at the train station or the symbols at a pedestrian crossing, signs provide guidelines, reference points and instructions in a way that appeal to the more artistically or rhythmically receptive part of our being.

Now in many of our ancient cultures, the spirit, character or the ability of particular warriors were best described using animals of the wild as reference. This is because in life and in battles, a warrior would always rely on lessons learnt from the animal kingdom to better adapt to the situations he faces. From the Native American Totem poles, to the Chinese jade carvings, right down to the Egyptian sphinx, animals have been celebrated in many aspects of the human life for their spiritually powerful attributes. 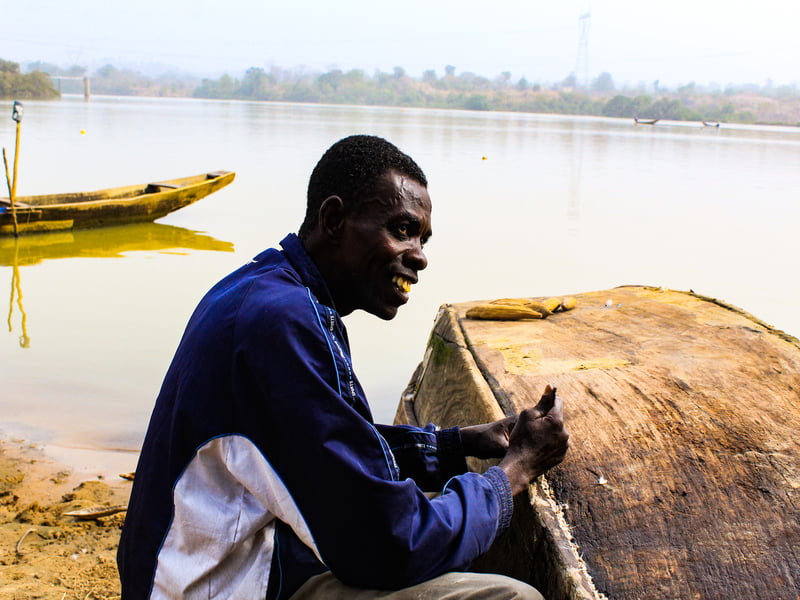 Strange and mysterious things sometimes happen in a hunt, and this fact is widely acknowledged and respected across the African Continent. Voices of loved ones long dead are sometimes reported to have been heard and more times than I can recall, I have heard firsthand stories of hunters fleeing the bushes after coming in contact with mysterious animals with strikingly human features.

In every part of the Continent there is present this sacred belief in a world beyond this one; and in the simpler manifestation of this belief through contact or encounters with certain animals during a hunt. Africans believe that because hunting is an outdoor activity that often transcends the physical, many a hunter lives out the end of his days unable to fully articulate or share the mysteries he had encountered on his hunting trips back in his prime. 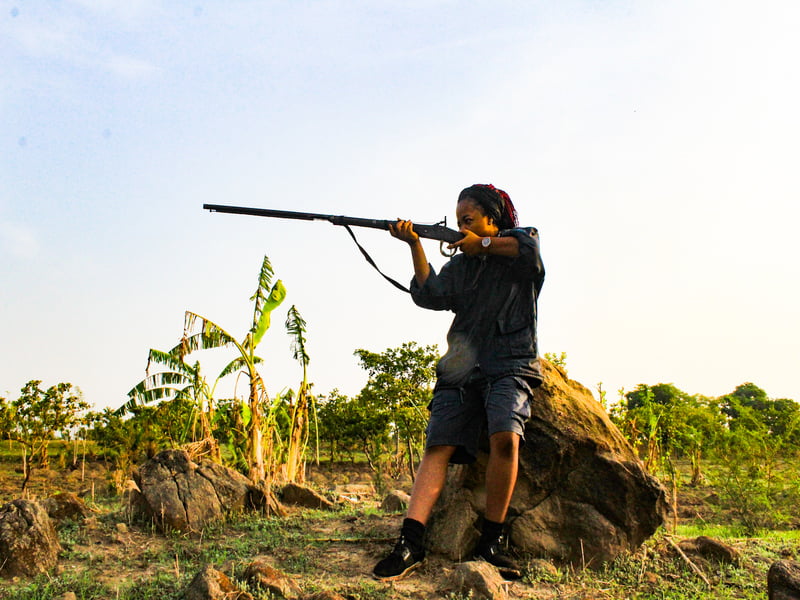 The sighting of specific animals before or during a hunt for instance, can either inspire confidence in the outcome of that hunt or compel the native hunting groups to abandon the day’s hunt and postpone the expedition to a future time.

Amongst the Igbo tribe of Eastern Nigeria for instance, the sighting of an owl right before a hunt is a bad omen. There is a lot of superstition as regards the owl and where an owl howls at night, many Nigerians still believe that this could result in the death of a child in that household. Vultures too, regal though they may be, are held as signs of coming death in many (African) hunting circles. This is because, we believe Vultures can ‘smell’ death as much as three or four days before it actually happens. 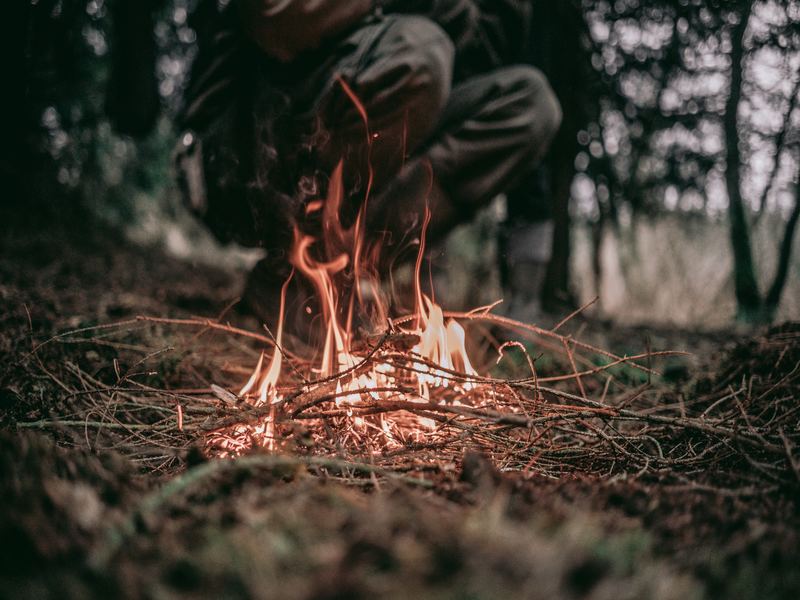 To the hunters of the Zulu tribe in the Bantu ethnic group of South Africa, buffalos symbolize fertility and nutrition. I have been told that the appearance of any during a hunt, especially a relaxed buffalo, almost always means that the expedition would be both challenging and fruitful.

Certain tribes in Botswana believe that eating the flesh of a fast animal right before a hunt would hurt their proposed expedition by making the hunted animals run away faster than normal. To prevent this occurrence, the group (to this day) would rather eat the beef of slow-moving animals and even so; the gazelle and antelope hunters amongst them would not only abstain from eating these animals but also would avoid touching them with their bare hands before the hunt begins. 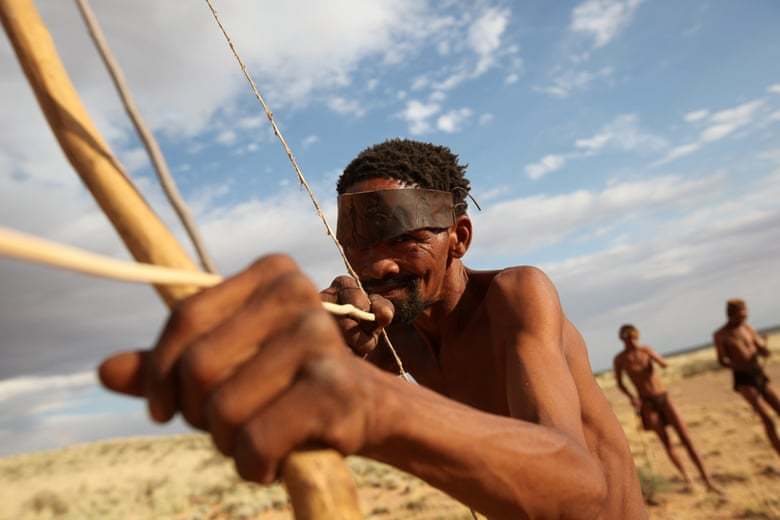 Amongst the Donso hunters in the Western regions of Burkina Faso, this continuous immersion in nature through hunting has resulted in a profound attunement to the subtle cues of the natural world. Here, hunting is taken very seriously and before embarking on a hunting trip, hunters wear amulets both as means of protection from dangerous situations (certain to arise) and in hopes of facilitating the hunt. Now all these might seem strange or amusing to the Western hunter but these charms are worn because they work; and because the African belief in the metaphysical nature of a hunt cannot be over-emphasized. 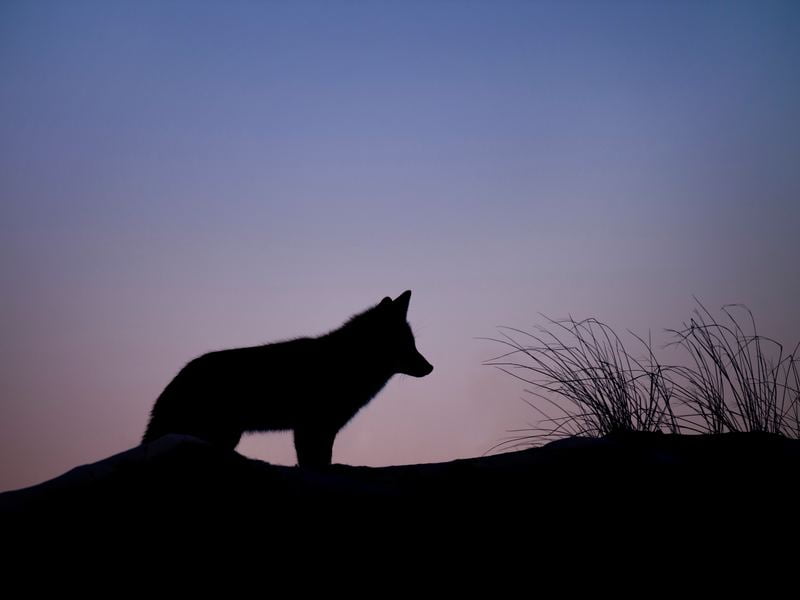 Africans understand that taking the life of an animal is serious and spiritual. It is necessary, it can bring happiness (after the brief moment of remorse that almost always comes with success in the hunt) and it is never flippant or adversarial. The hunters I know seek to limit violence, cruelty or pain but every now and then, a bullet misses its mark and an arrow hits its target but fails to bring the instant relief of death to the game. 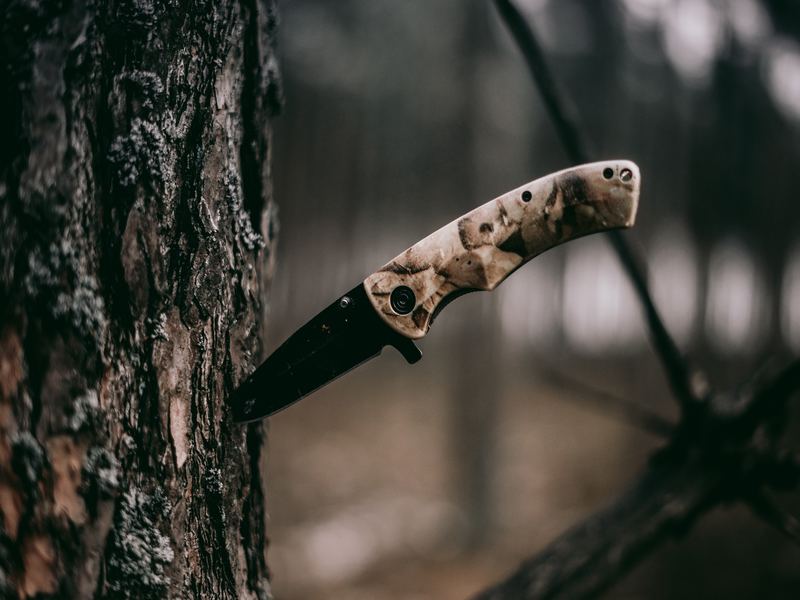 Sometimes when an animal is killed in this way, unintentional though it may be, strange events that follow remind us more forcefully of the need to accord animals the respect they deserve during a hunt. Sonny, one of my hunting friends shared a personal story with me once. He had been hunting with his elder brother very early one Saturday morning and when he heard his brother scream that a deer was headed his way, he fired off a lousy bullet in its direction. 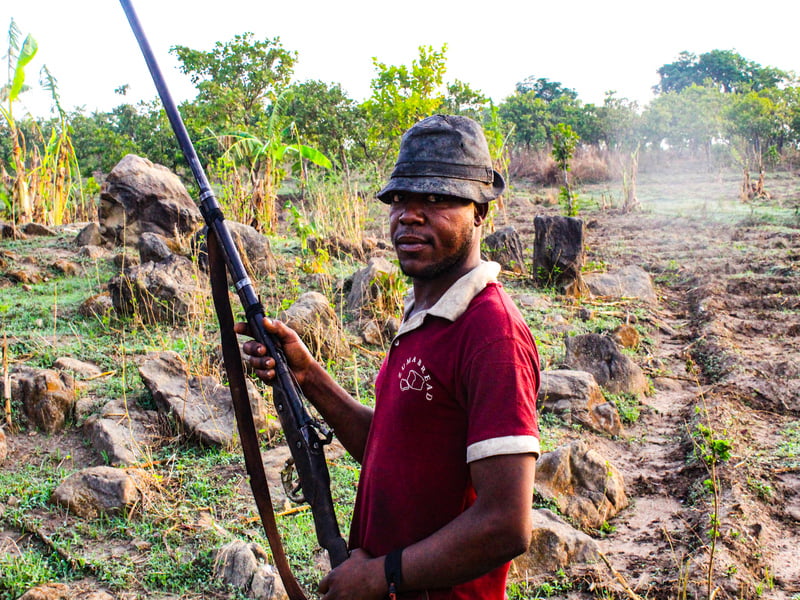 Unsure of the outcome, he followed the sounds made by the animal but upon arrival at the clearing, he found that he had completely missed the deer and had fatally wounded a little rabbit in its stead. The rabbit, he said, died slowly and painfully while he stood by, unable to put it out of its misery. He took the freshly dead animal home but when he presented the meat to his Mother, they all found the rabbit to have mysteriously gone too bad to eat.

All in a matter of minutes 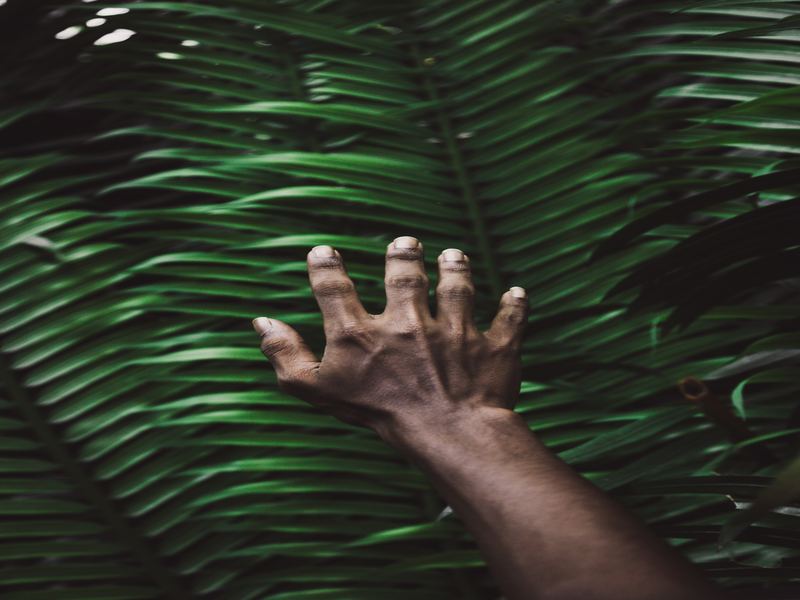 Conversely, African hunters believe strongly that acts of kindness shown to animals in the course of a hunt often bring unexpected goodness to the household of the kind hunter. We regard hunting not as a battle against animals but as a natural extension of our predatory skills and instincts; a crucial part of which is the often unplanned humane disposition towards kindness.

Till her death a few years ago, my grandmother wistfully told and retold the story of the most powerful push-baby present she’d ever received. Now my grandfather was a famous titled hunter in his prime, and on one of his hunting trips, he came upon a litter of wildcats. One of these little ones, he says, had its hind legs stuck in a trap and my grandfather hurriedly freed it, cooing softly to it till it turned to lick his cheeks playfully. 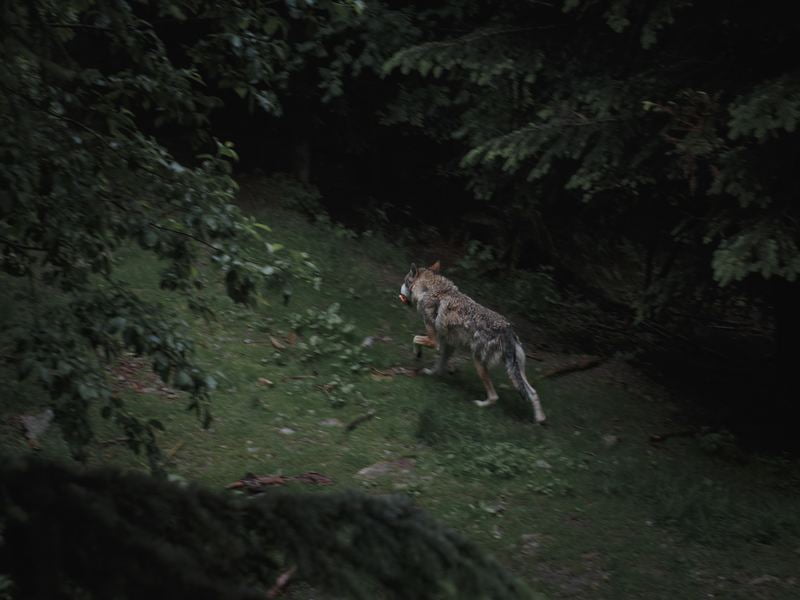 He completely forgot about this encounter until my grandmother, who had been pregnant at the time, gave birth to my uncle; her firstborn son. On a lonely evening just day after her delivery, she recounts hearing footsteps at the entry; going out to investigate its source and seeing a freshly killed deer, its blood still flowing warmly from its neck. There was no one in sight, and she ran to wake my grandfather from sleep.

The village seer was consulted and at the end of the session, my grandparents learnt that the litter of wildcats had actually been a litter of lion cubs. The dead deer was a push-baby present of sorts, delivered by the lioness who had observed my grandfather’s kindness to her babies, and followed at a safe distance while he walked home from the hunt. They had nothing to fear, the deer was a token of gratitude from a ‘friend’. 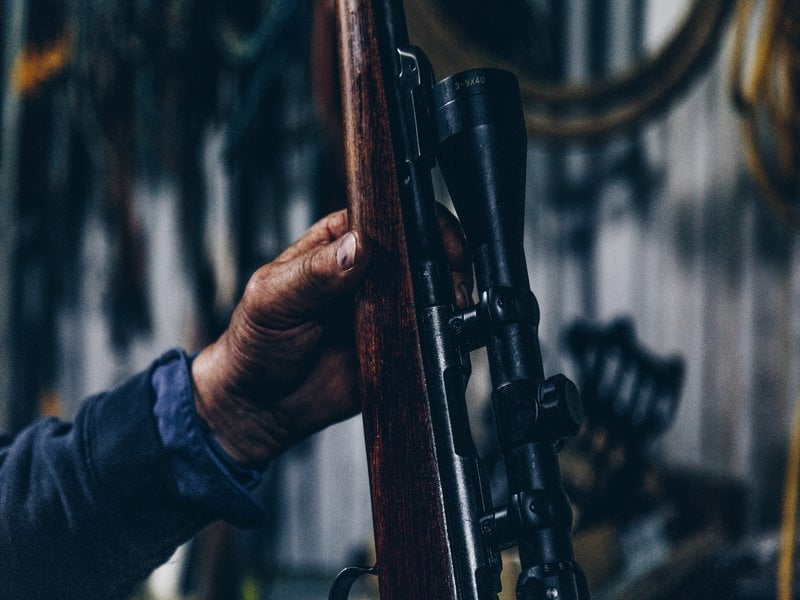 I went on my first hunting trips with my grandfather and in light of stories such as these; I accepted at a young age those mystic qualities of a hunt that not even my grandfather could explain. The strength from the acceptance of these mysteries have taught African tribes how to hunt wild game and gather healthy roots and berries; how to sense changes in climate to predict the return of migrating geese and the flowering seasons of fruit trees. 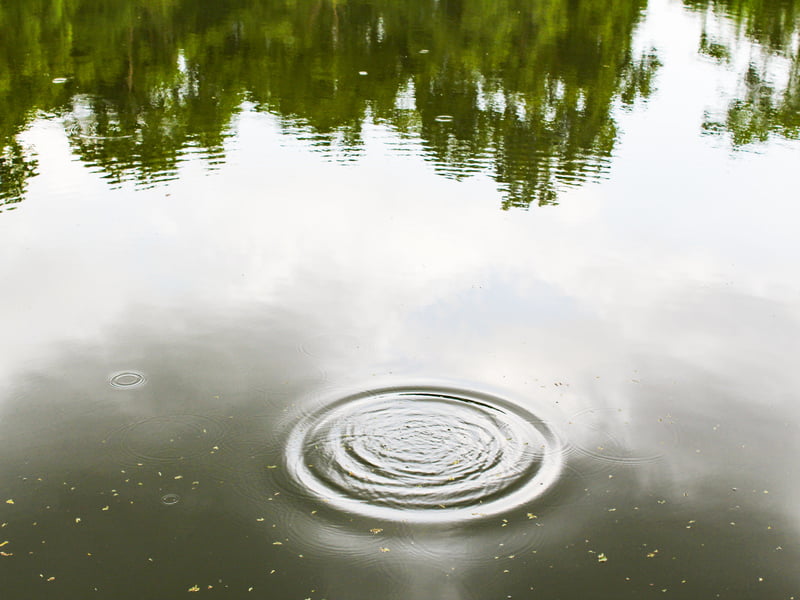 The development of such observations and skills is not only testament to the latent creativity of humans and their extraordinary ability to adapt, but has also ensured that when living on their lands, employing the techniques they have honed over generations, the native peoples of Africa are typically healthy, content and happy.

Why Do You Hunt?