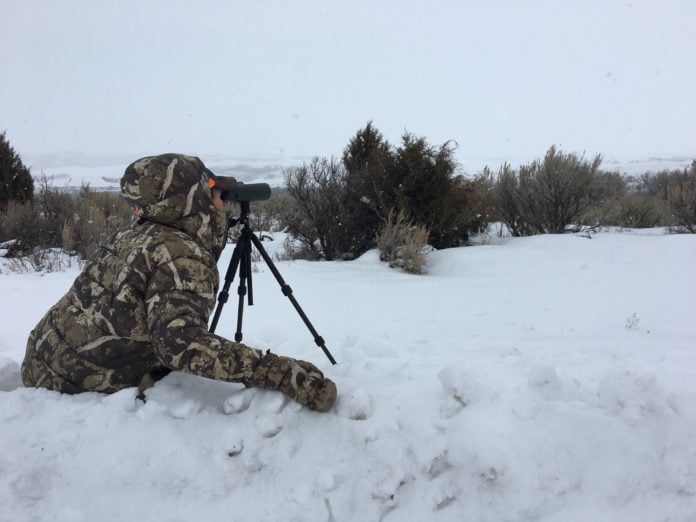 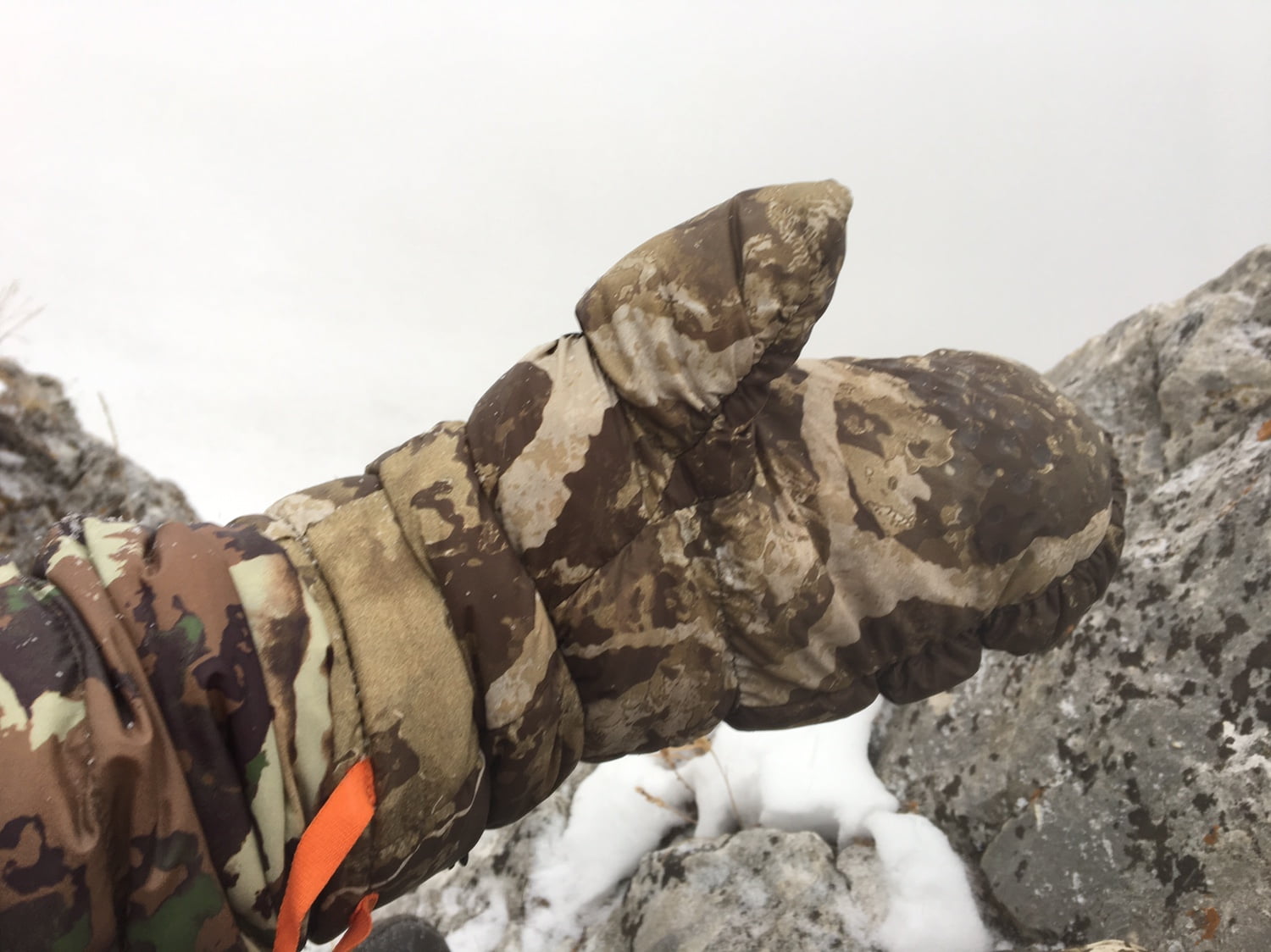 “What is a glassing mitt?” I quizzed back through the phone to Ryan Callaghan, formerly of First Lite.

“Just what I said, a mitten for glassing.”

Sounds dumb, I thought to myself, but I figured if First Lite made it, what’s the worst that could happen?

Ryan sent me the *prototype for what would become the Brooks Down Glassing Mitt in early October, 2018.  When I received them, I noted just how light they were (only 3.5 ozs.) They packed down to the size of a healthy pair of socks so it didn’t take much self-convincing to include them in a few of my fall cold weather hunts. 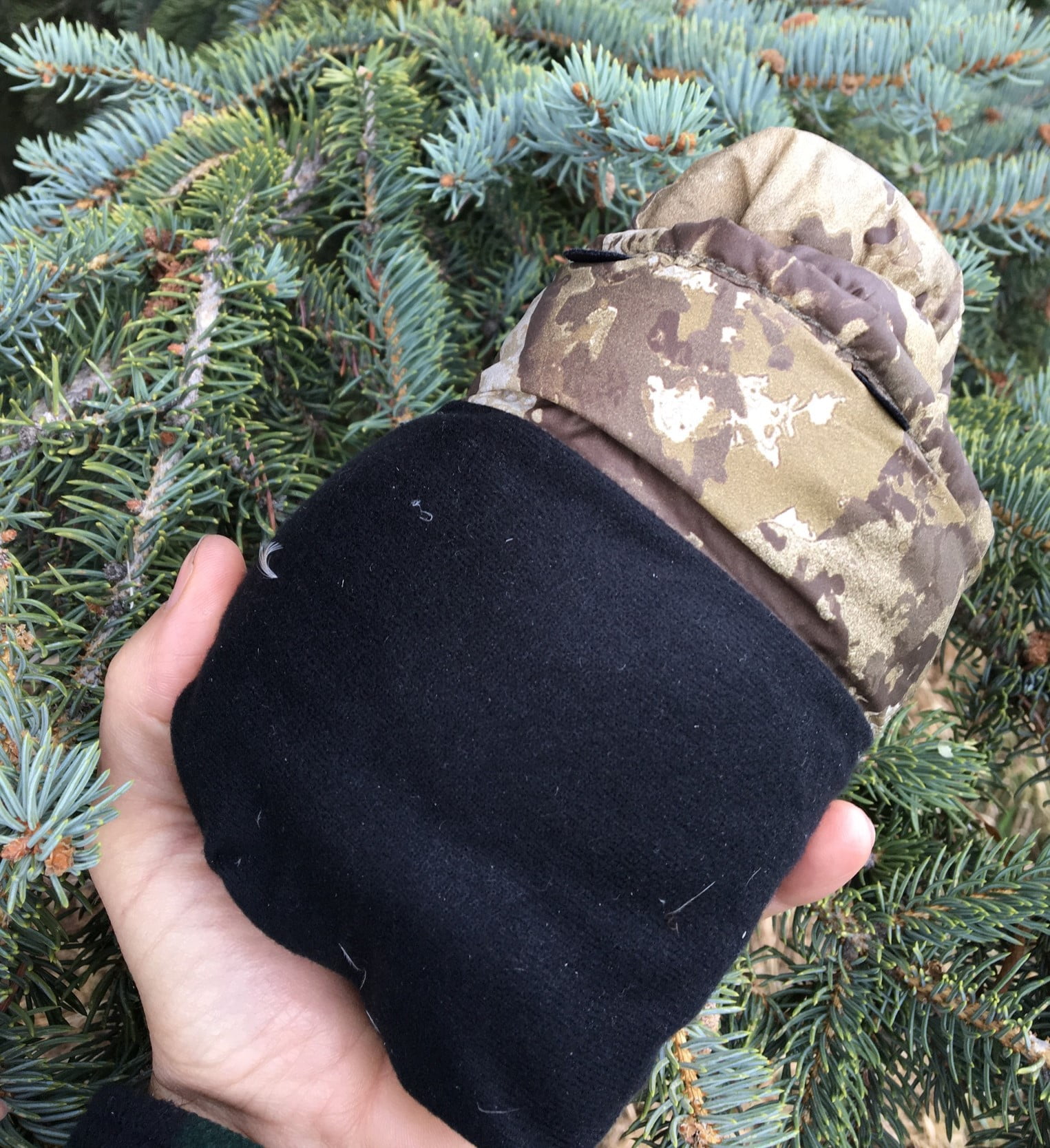 I had them on the mountain within the week, complete with lows in the teens and wind and snow.  On one long horseback ride, I tested their warmth against the First Lite Cold Weather Alpine Glove.  With a Brooks on one hand and an Alpine on the other, I found the down of the Glassing Mitt outperformed the Alpines by a margin.

On the glassing points, the Brooks worked well for keeping my hands warm during long glassing sessions–better than any normal glove.   They aren’t so thick that you can’t feel anything with your finger tips.  Between the grip tread and their relative thinness, it was little problem running my tripod knob or quick release plates. 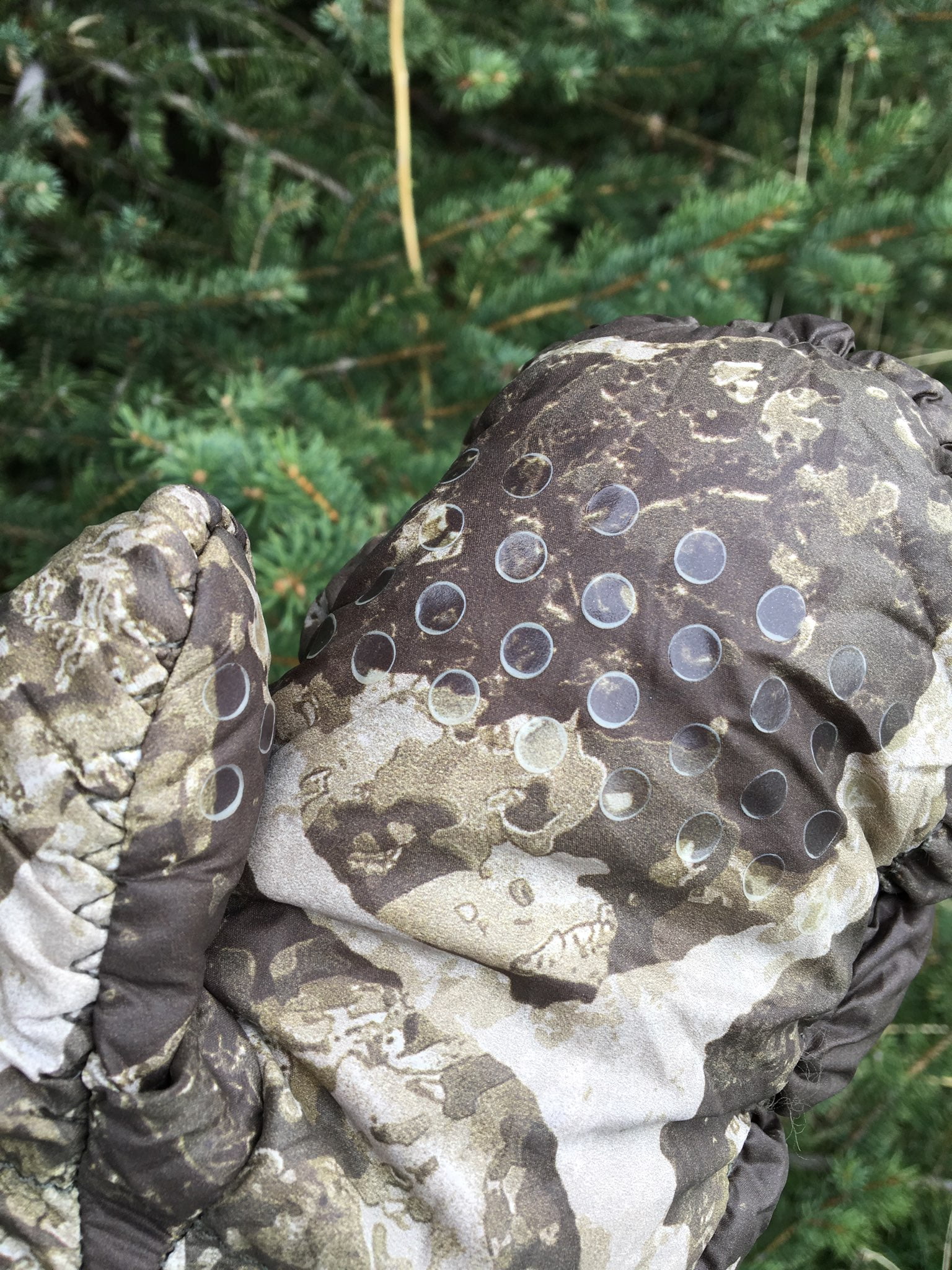 They’re a little delicate and not made for more than glassing or sitting but in my laziness, I’d sometimes not pull off the Glassing Mitts to gather wood or adjust a saddle.  Luckily I never tore any holes in them.

On an early November hunt with Tanya Avery, (who is notoriously cold) she wore the Brooks with a chemical handwarmer and was all smiles.

They are water resistant enough to put your hand on the ground without soaking them, but I wouldn’t recommend taking a shower in the Brooks. 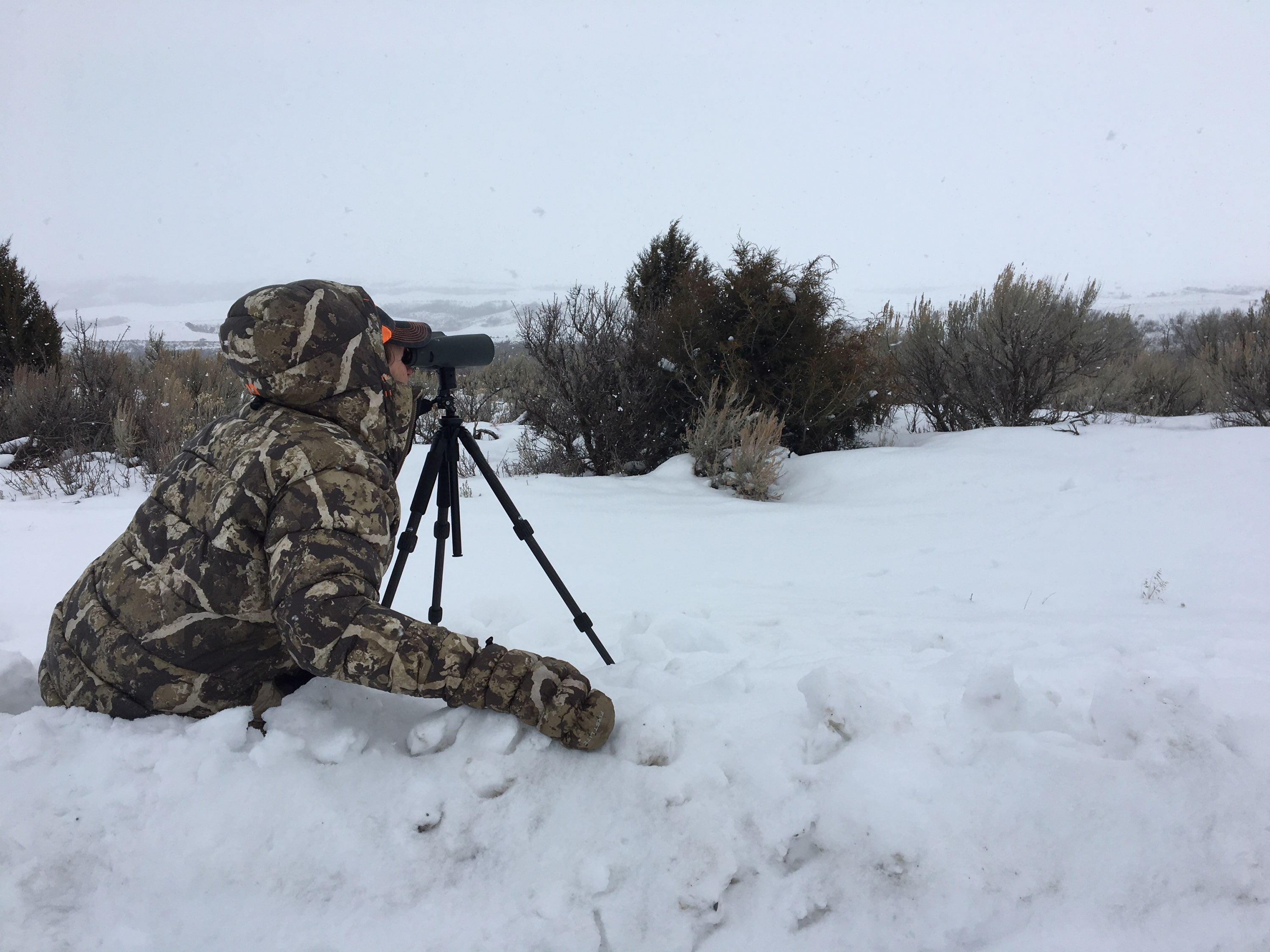 I also found another good use for the Glassing Mitt: sleeping.  I donned them one night when the temp hit five-degrees Fahrenheit and my hands were comfy-toasty all night.  The tethers are necessary and helpful when pulling on the Mitt as your dexterity is more limited. 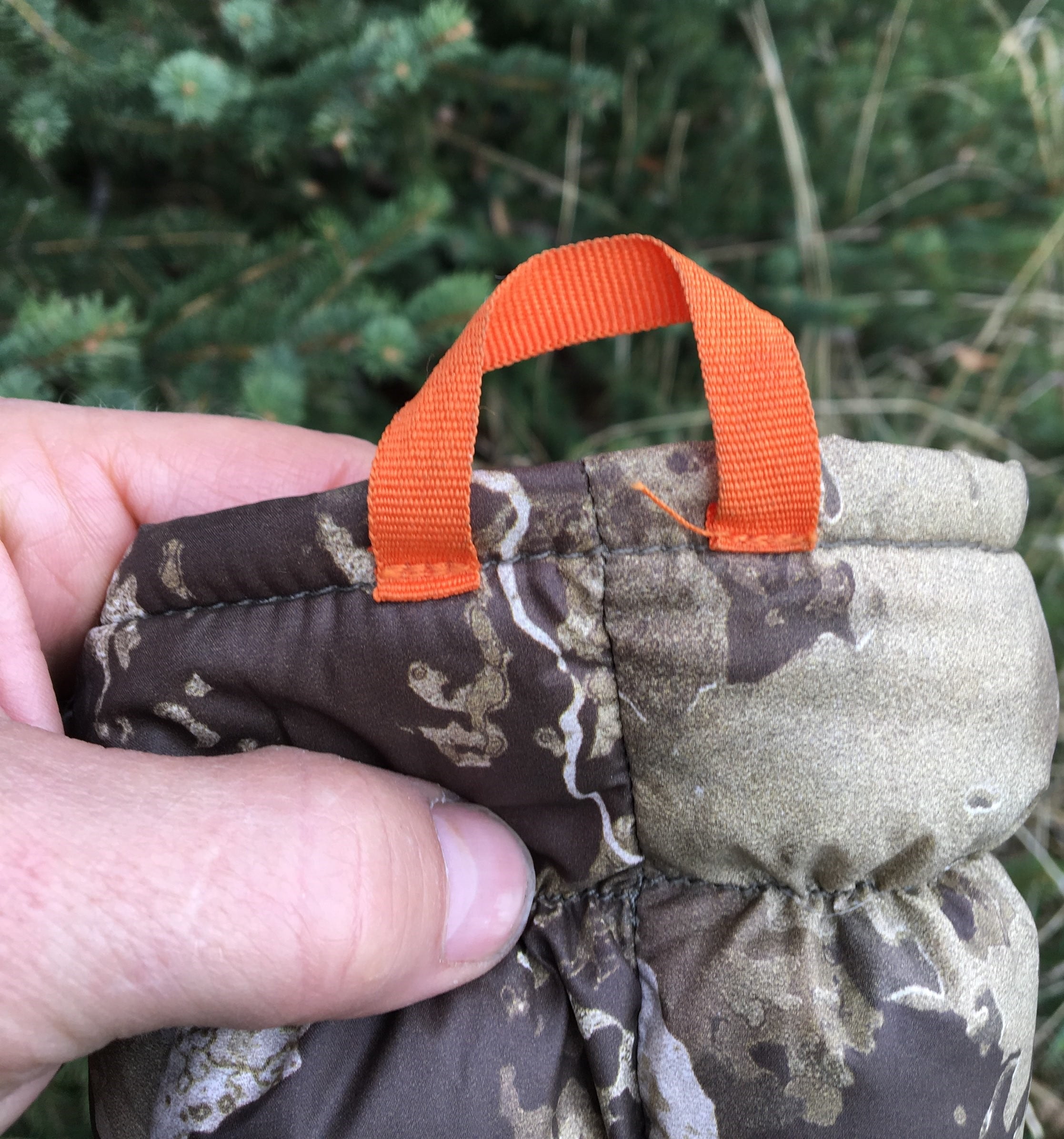 Finally, there is a clip to keep the Mitts together in storage. I always use this feature in handwear and miss it badly when it’s not included. 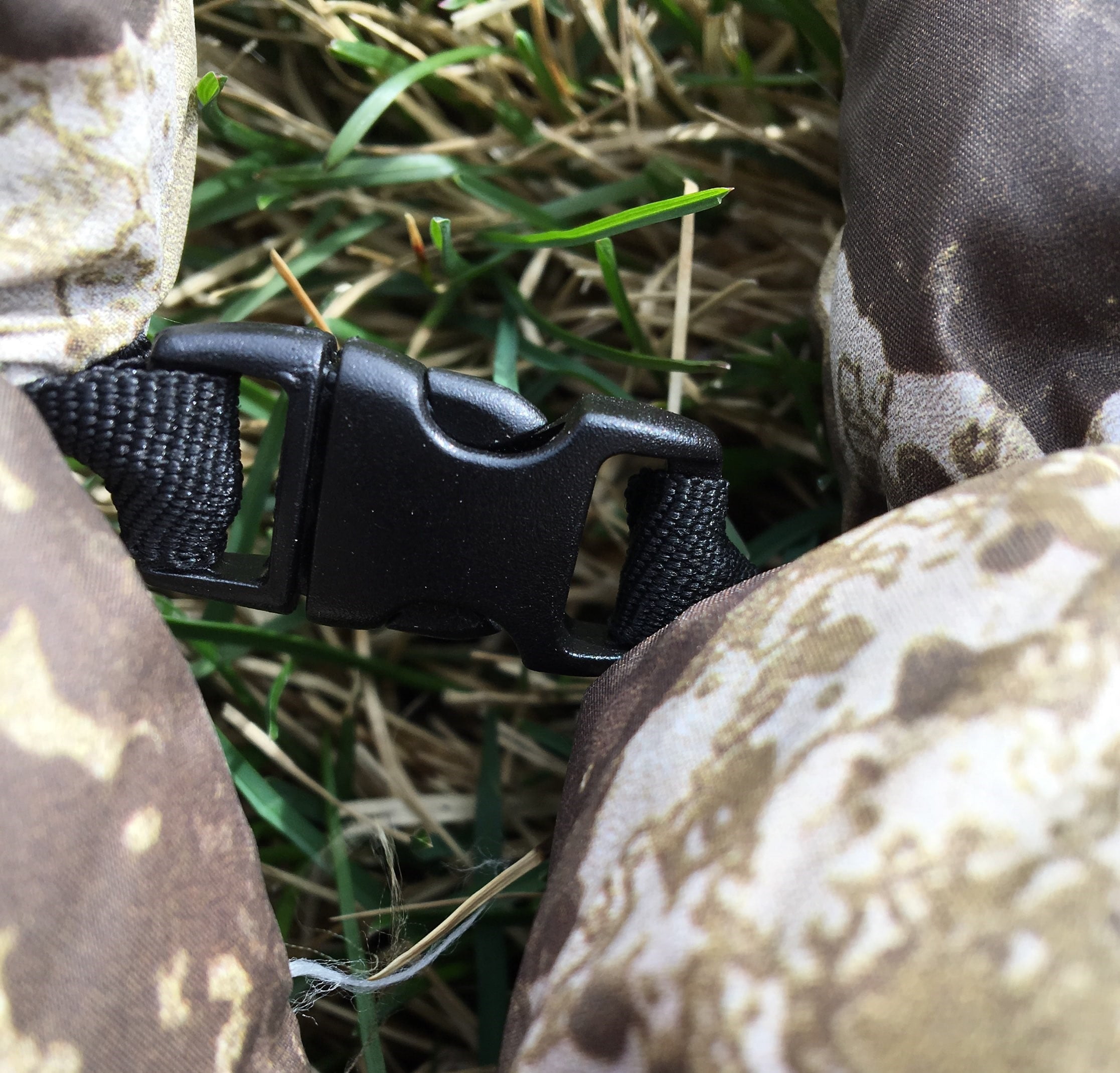 I have to admit that First Lite’s decision to design a Glassing Mitt was far from “dumb.”  They work as advertised and are a logical item to carry unless you’re truly the guy who frets if he’s 3.5 ozs over his gear list’s max weight.  It’s great to have a mitten of any sorts along when the temps get really cold, and the Brooks fits the bill.

To note, I used First Lite’s sizing chart to determine my size large and found it accurate.

At $70-$80, you’ll feel like you can still afford to go hunting.  I have about 20 days on mine with no signs of wear, so with normal use, I can’t imagine getting less than three to five seasons out of the Brooks Down Glassing Mitt (link here). 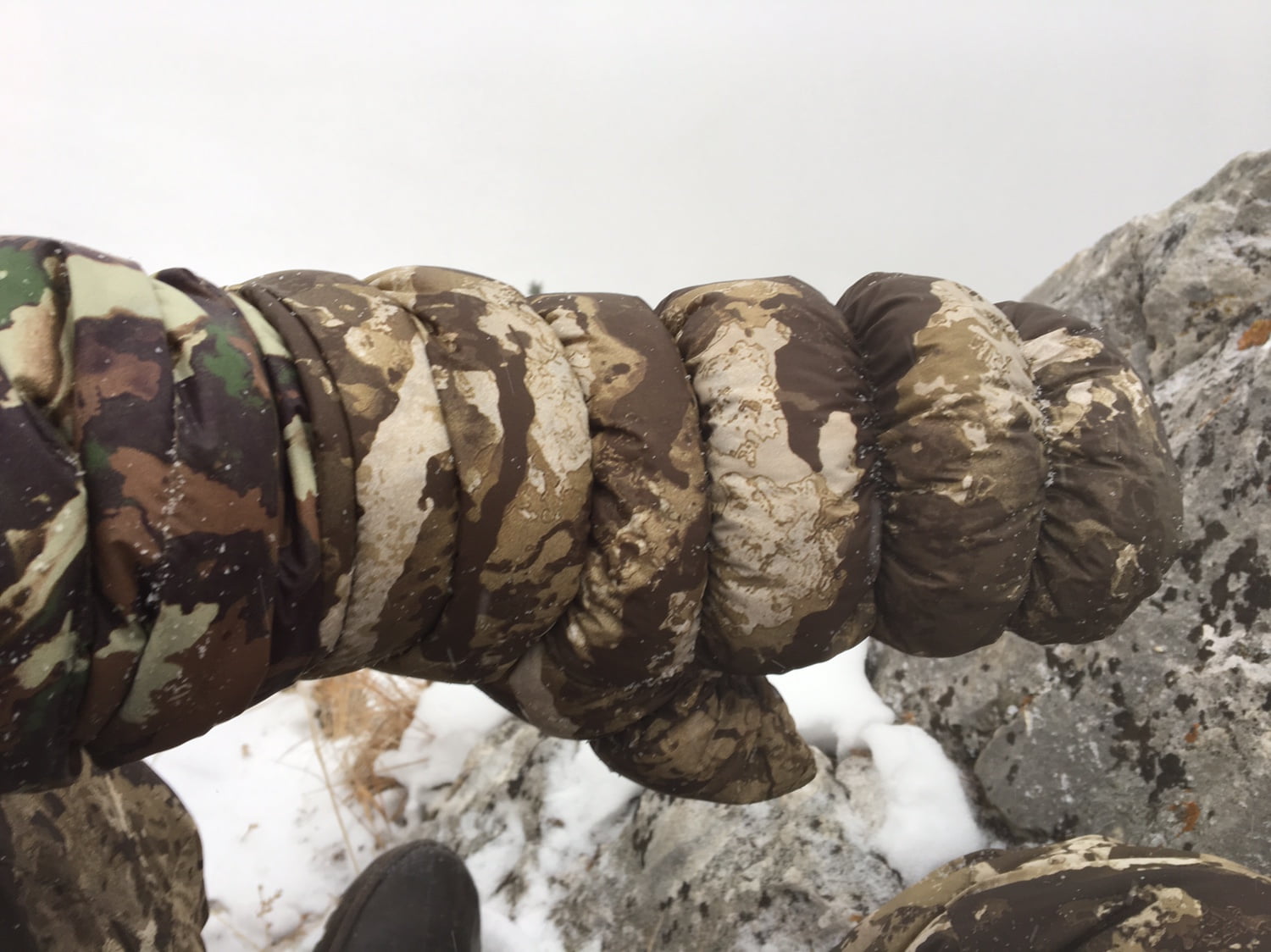