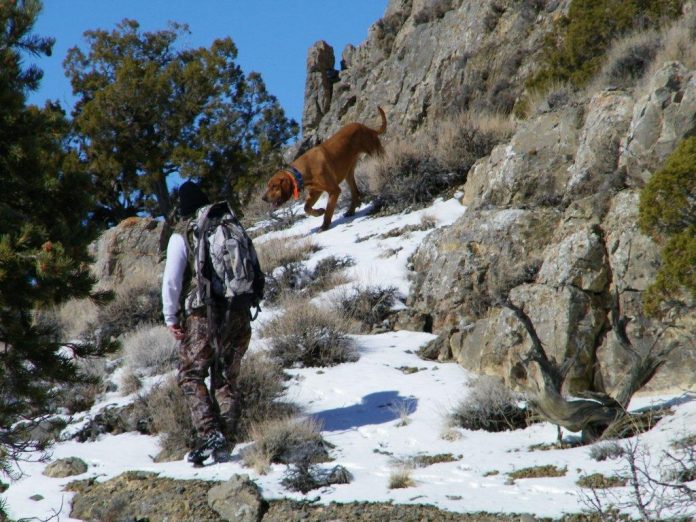 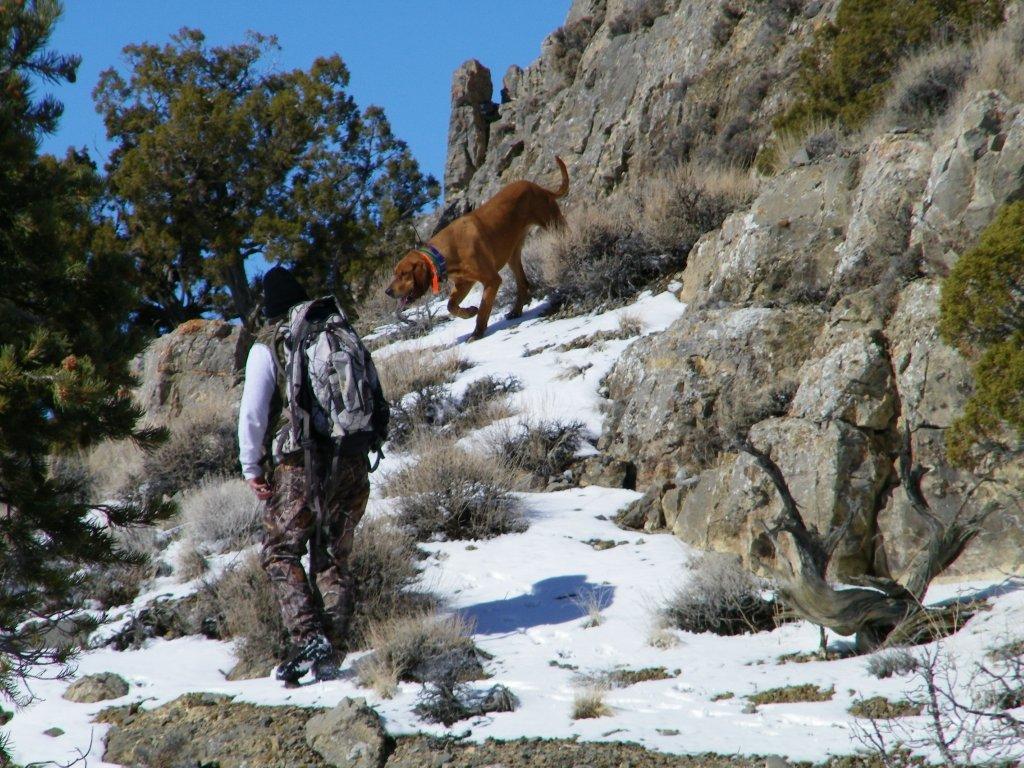 I have owned and trained hounds for the last six years. I originally got into hound hunting because I love to hunt and as a kid I always enjoyed working with and training bird dogs. Utah isn’t a great upland bird state and I had some downtime after the late-season archery deer hunt so lion hunting seemed like a good fit. I had always been intrigued with the sport of lion hunting and harvesting one was high on my bucket list. I thought, “This should be fairly easy, right?” I’d just buy a trained lion dog or two and I would be in the lion hunting business… Boy was I WRONG!! 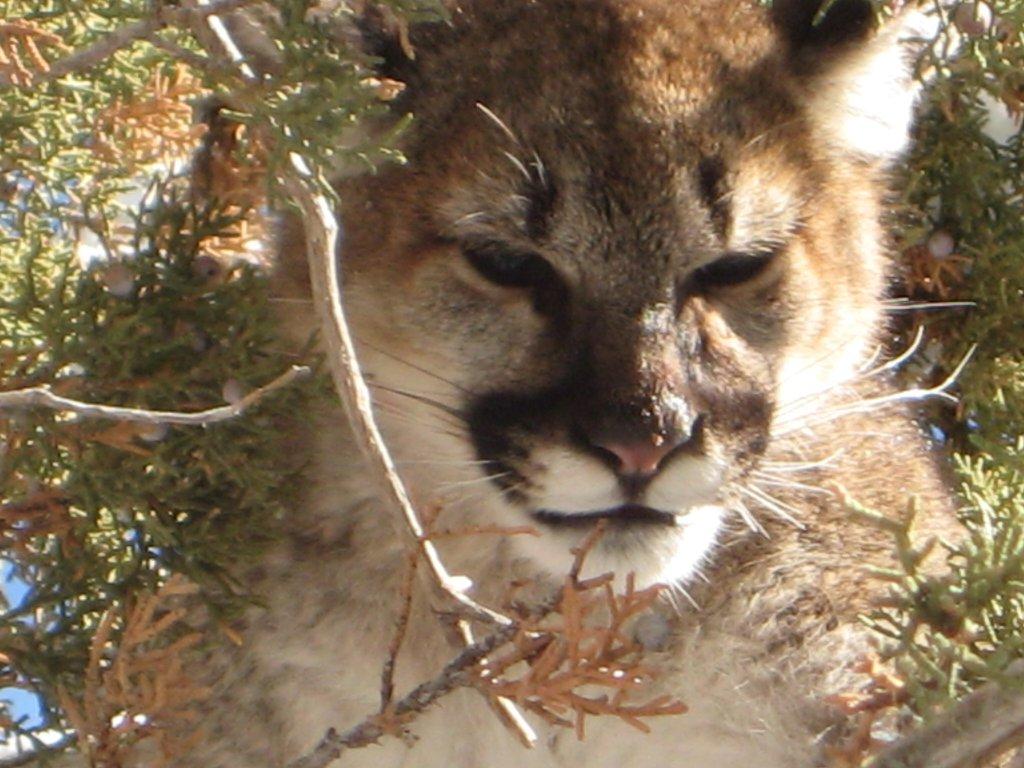 There are so many variables that come into play when hunting these amazing animals. It took more than 20 hunts over the course of a year and a half to actually tree a Lion. The only reason we treed one that soon was because my more experienced friend, Seth Hales and his hounds helped me out. Most of my early outings were spent in a unit that had a lot of Lions and harvesting them was not an option because the area is a limited entry unit. It was a perfect training ground for us and the hounds. It made it easier having two of my closest friends there with me every step of the way. My buddy Chris Meszaros had to learn the hard way with me by trial and error, and Seth mentored us. 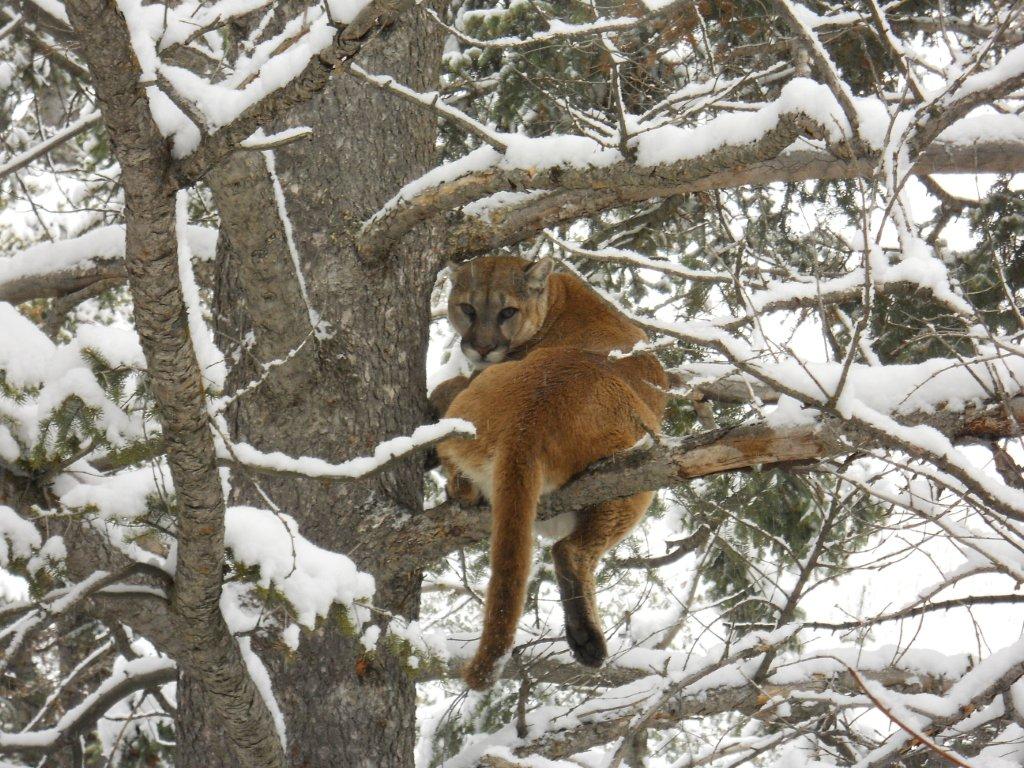 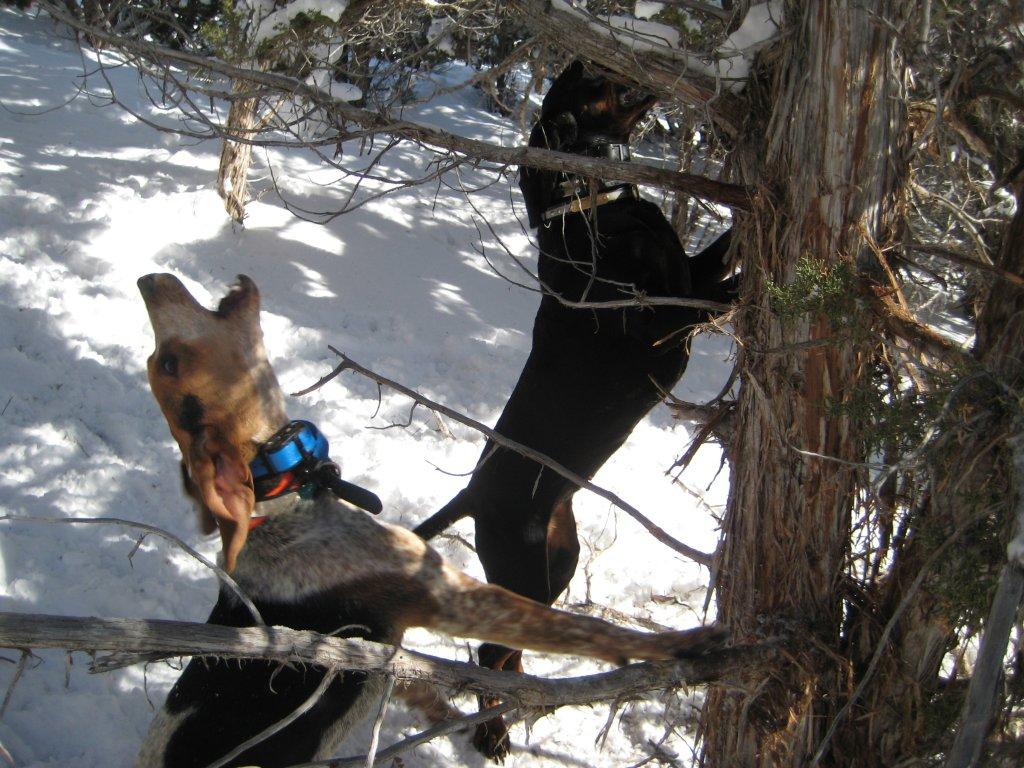 Seth taught me a lot about hound hunting and gave me a great puppy “Rodney” that has turned out to be an amazing hound. He later gave me his best hound “Belle” about two years ago when he decided to take a break from hound hunting. She is not only a great hunting hound but a great dog to have around the house. My family has really enjoyed having her. 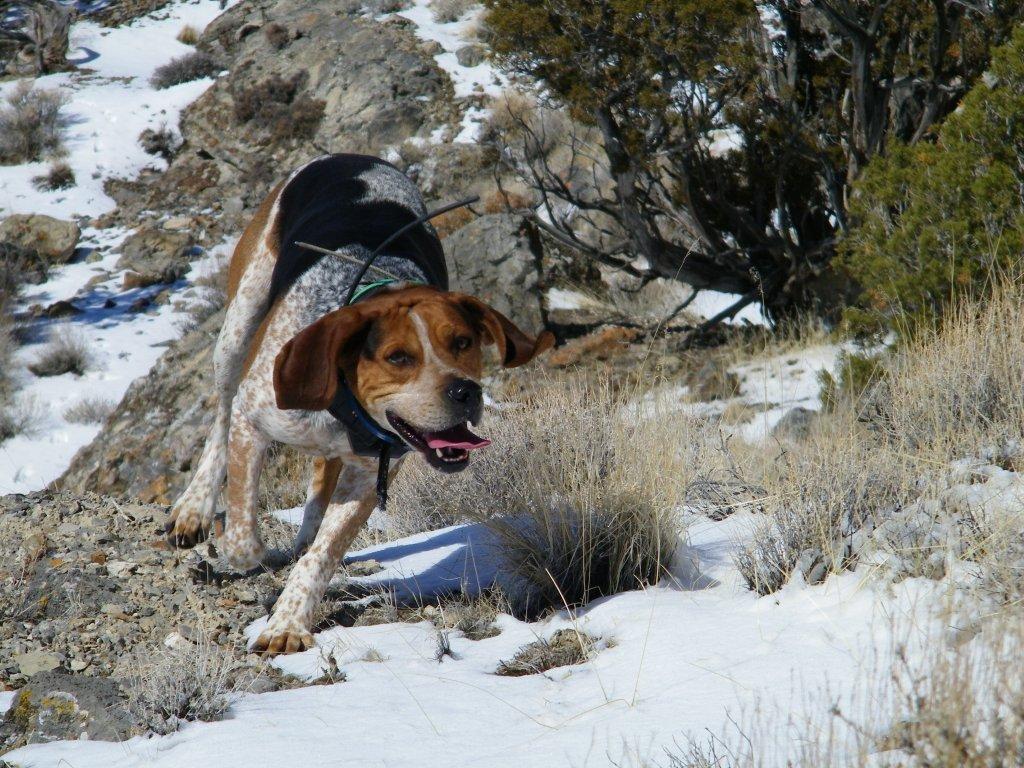 Chris helped me more than anyone else. He and I went out hunting a lot, and at one time or another made just about every hound hunting mistake along the way. In doing so, we also learned a lot. After a few years of hard work, we had the hounds trained well enough that we started to catch some lions in our training area. As our confidence grew we finally decided to start focusing on hunting units where we could harvest cats and that was another learning experience… new country, smarter cats, and many more lessons! 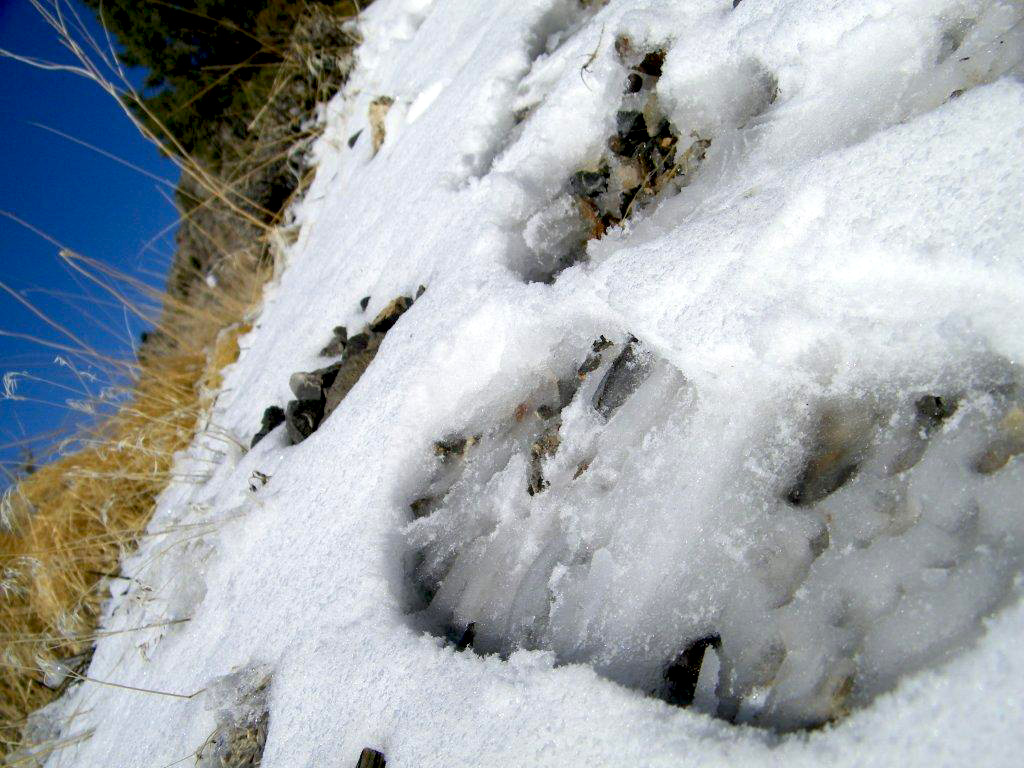 To the uninitiated, lion hunting sounds easy – you just go out and let the dogs catch a cat, shoot it and that’s it. Well, like I said earlier, it has been anything except easy for me. In fact, I would say that hunting mountain lion in open harvest units is by far the most challenging hunting I have ever tried. The mountain lion has earned my respect as a game animal. They are tough, incredibly smart, and they live in some of the most rugged country in the world. I have trudged through 10 miles of snow in a day and never caught up to the cat. I have followed cats in snow so deep and soft it was not even possible to go any further – snow shoes were not enough to keep me on top. I have been stuck, broke down, frost bitten, dehydrated, lost dogs, sunburned and flat out defeated so many times I have lost track of all the pain and discouragement lions have dealt me. I really started to wonder if I was ever going to harvest one of these majestic predators. 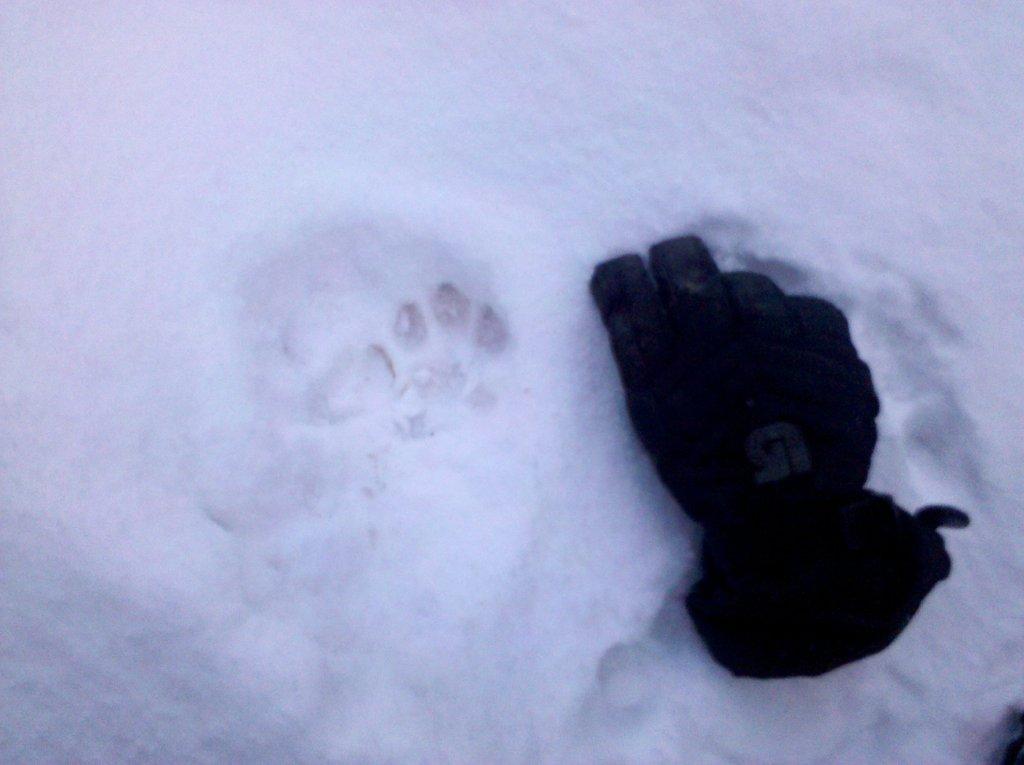 Chris and I were back at it this past spring. We headed out for central Utah in the face of some winter weather hoping for some good tracking snow. Conditions were pretty good, but morning sun was burning the snow off some of the south faces by the time we found a good track. After treeing several cats on our training runs I had enough experience to recognize that the track was left by a good lion and it was definitely fresh enough to run. 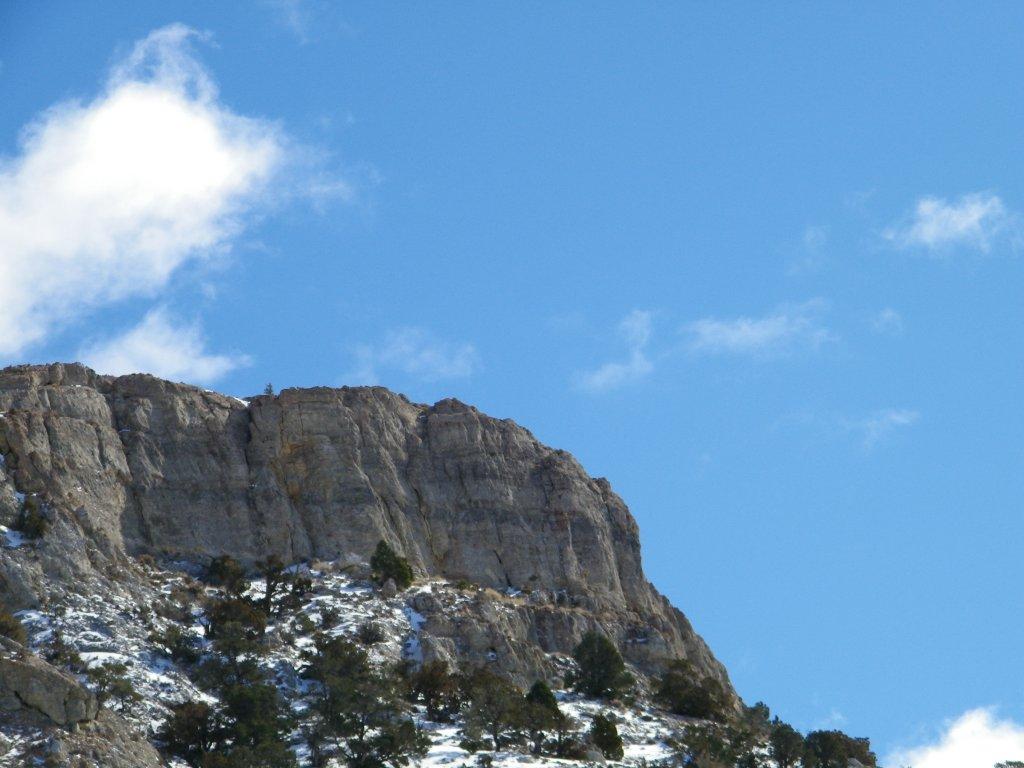 We turned the dogs out on the track and listened as the hounds worked out of sight. We followed their progress on the GPS. It was an amazing race that crossed rugged snow covered canyons and open hillsides where lesser hounds may have lost the scent. Before long, my GPS tracking unit told Chris and I that the dogs were treed! I could not believe it! Rodney, Belle, and Mitch had caught a lion about a mile and a half away. 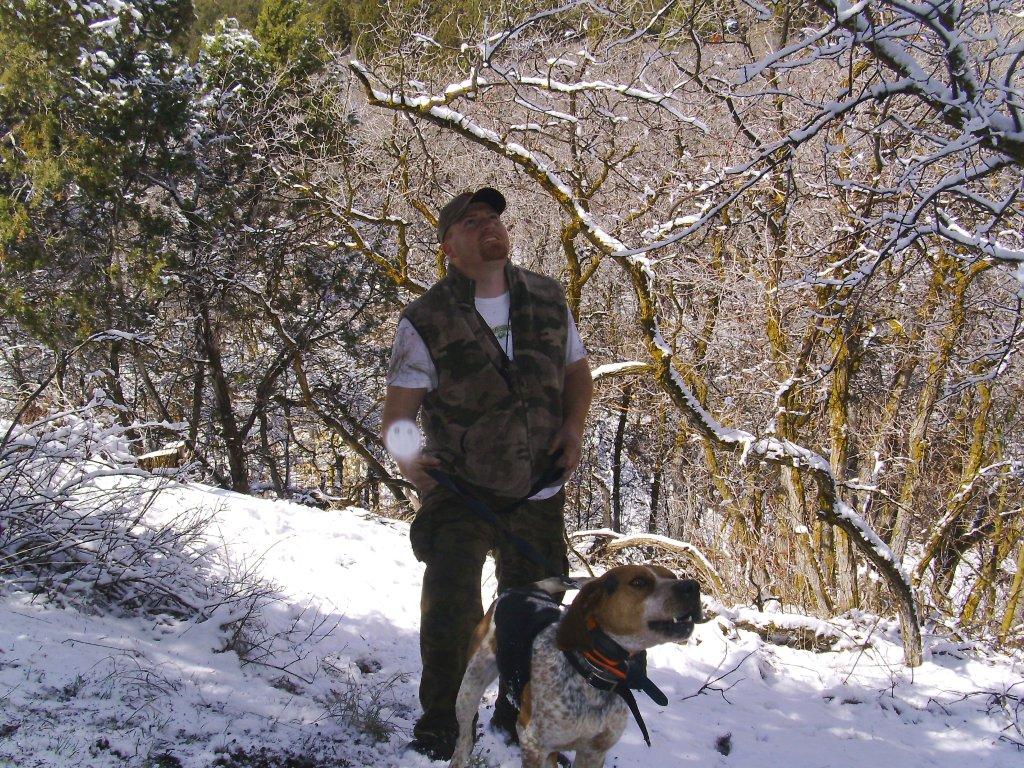 Finally, all the hard work was paying off and it was starting to come together. The reality set in that we had a cat treed and it was in a unit we could harvest it! As I realized what was about to unfold, my emotions were all over the place and I started to kind of fall apart. Six years of effort had been invested to get to this point and the moment of truth was nearly at hand. I was so excited I actually was starting to feel a little sick and I hadn’t even laid eyes on the cat yet! 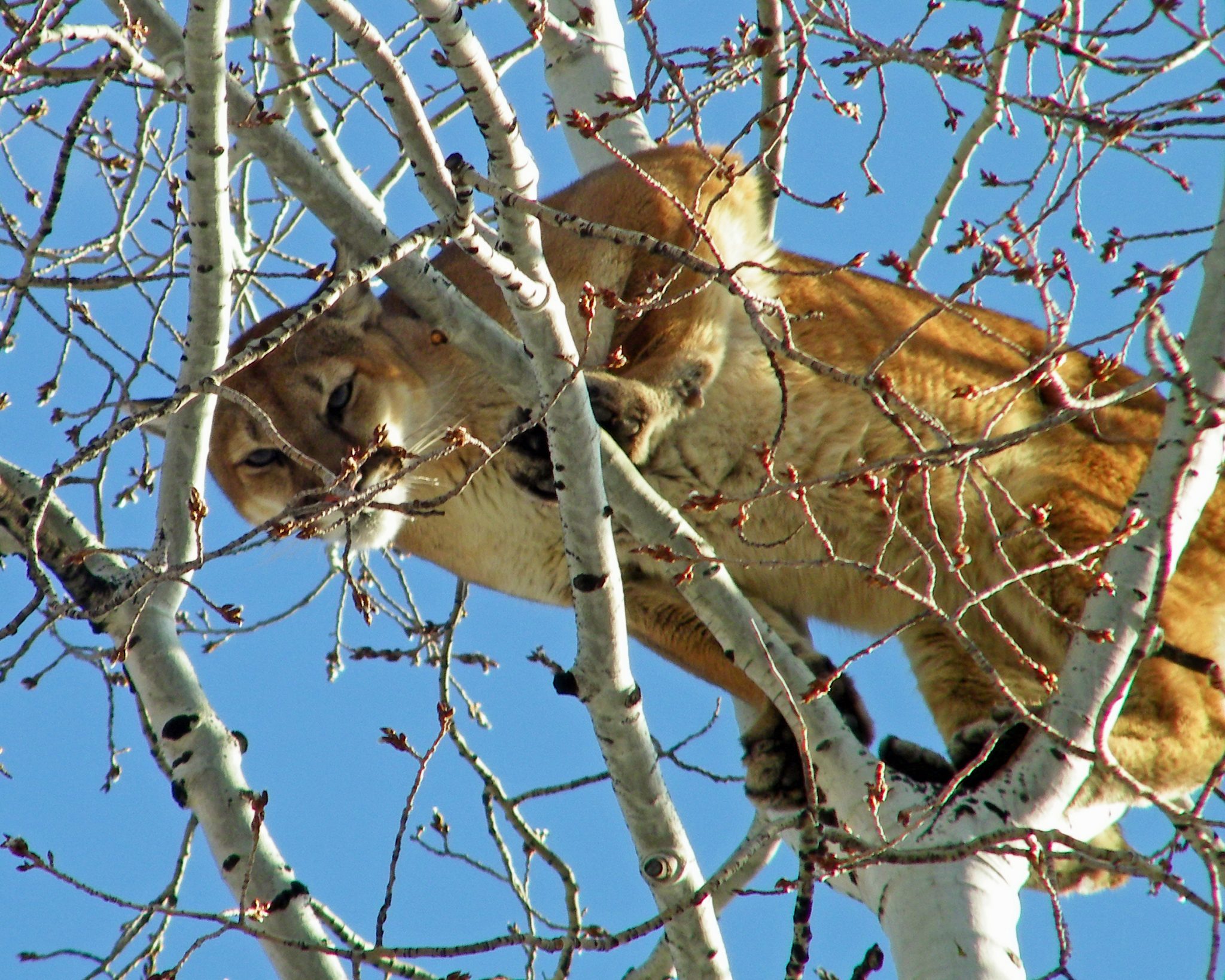 When we arrived at the tree, I was as proud of my dogs as I have ever been. There it was, the amazing mountain lion in all its glory perched 65 feet up an Aspen glaring down at us. I gathered my wits and steadied my Hoyt for what was a horribly difficult shot straight up into the only shooting hole I had through a tangle of branches. At the release I saw hair part right behind the sight pin. As far as I could tell, my Easton Axis is either still in orbit or may have lodged in the side of the international space station because it didn’t even slow down after it blew through my lion. 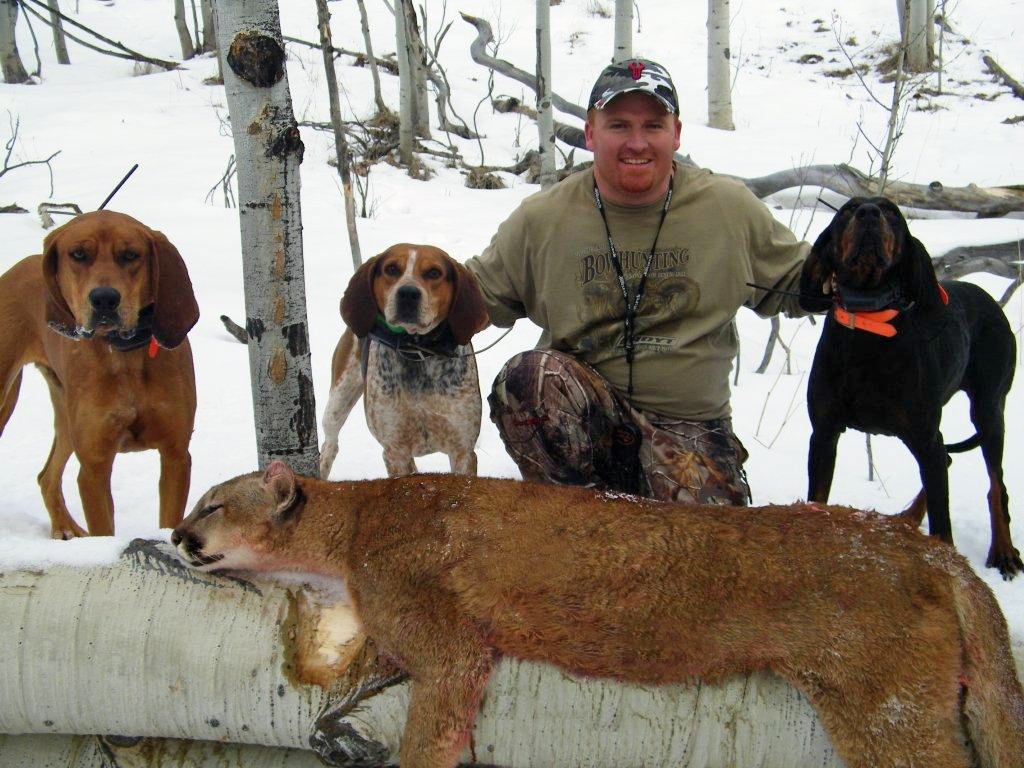 This capped off the most emotional and rewarding hunting day of my life. I would like to thank my amazing wife Nancy for putting up with my six year quest. She is so supportive of me and my crazy hunting habit and she truly loves our hound dogs. I also want to thank Chris and Seth for all the time and effort both of them put in to help me along the way.