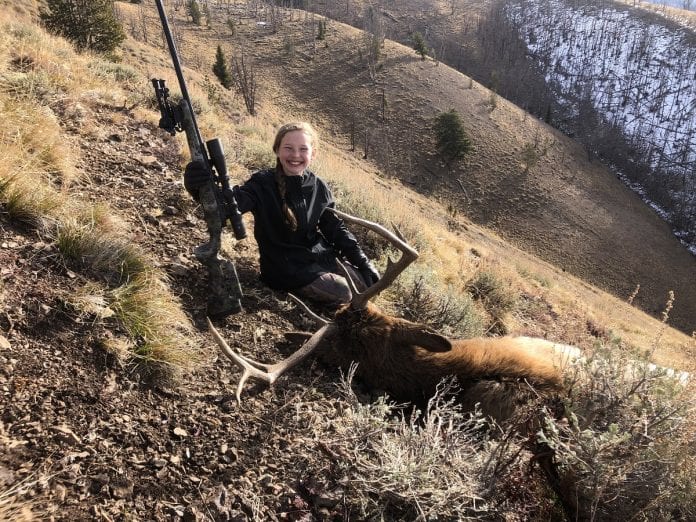 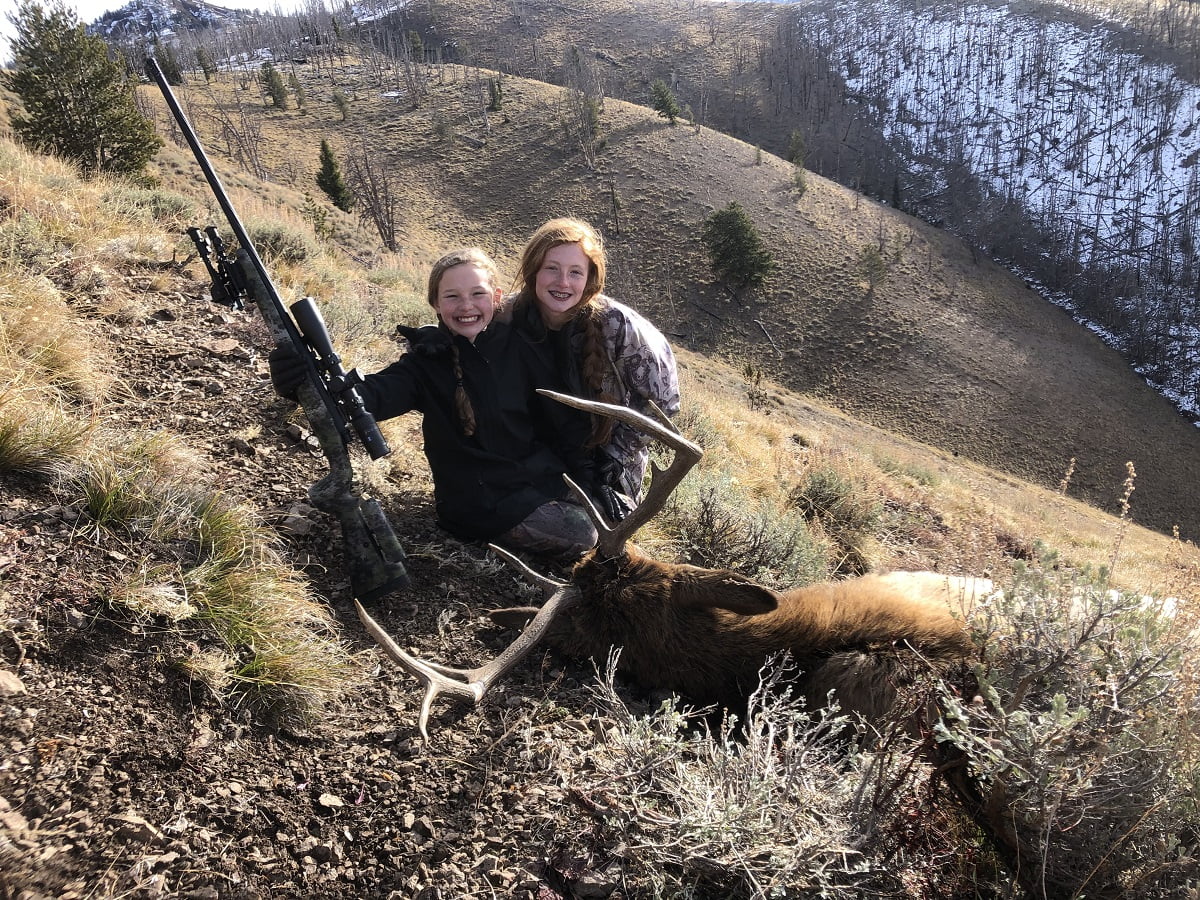 Zeiss sent me the production model of their Upgraded Conquest V4 4-16×44 with ZMOAi T-30 reticle just before the start of rifle season. I already have gone into detail about the features and improvements Zeiss has made to their V4 line in my initial review of a pre-production model of the same scope. So I’ll focus on in-field performance.

I mounted the Conquest V4 on a 6.5 PRC that a couple of friends of mine built for my daughters. The barreled action is from Anthony Ward with Crown Ridge Barrel Works. The stock and trigger were set up by Matt Whaley with Whaley precision. Within 10 minutes of it arriving at my house, I went to the range. I had already found a good load using the Preproduction V4 on the 6.5 PRC (a real tack driver.) I mounted it with the Zeiss Ultralight precision rings and level. Three shots and I was right where I needed to be. Next, I took it to a high-country spot with two of my daughters, Emmaline 10 and Annabelle 12. 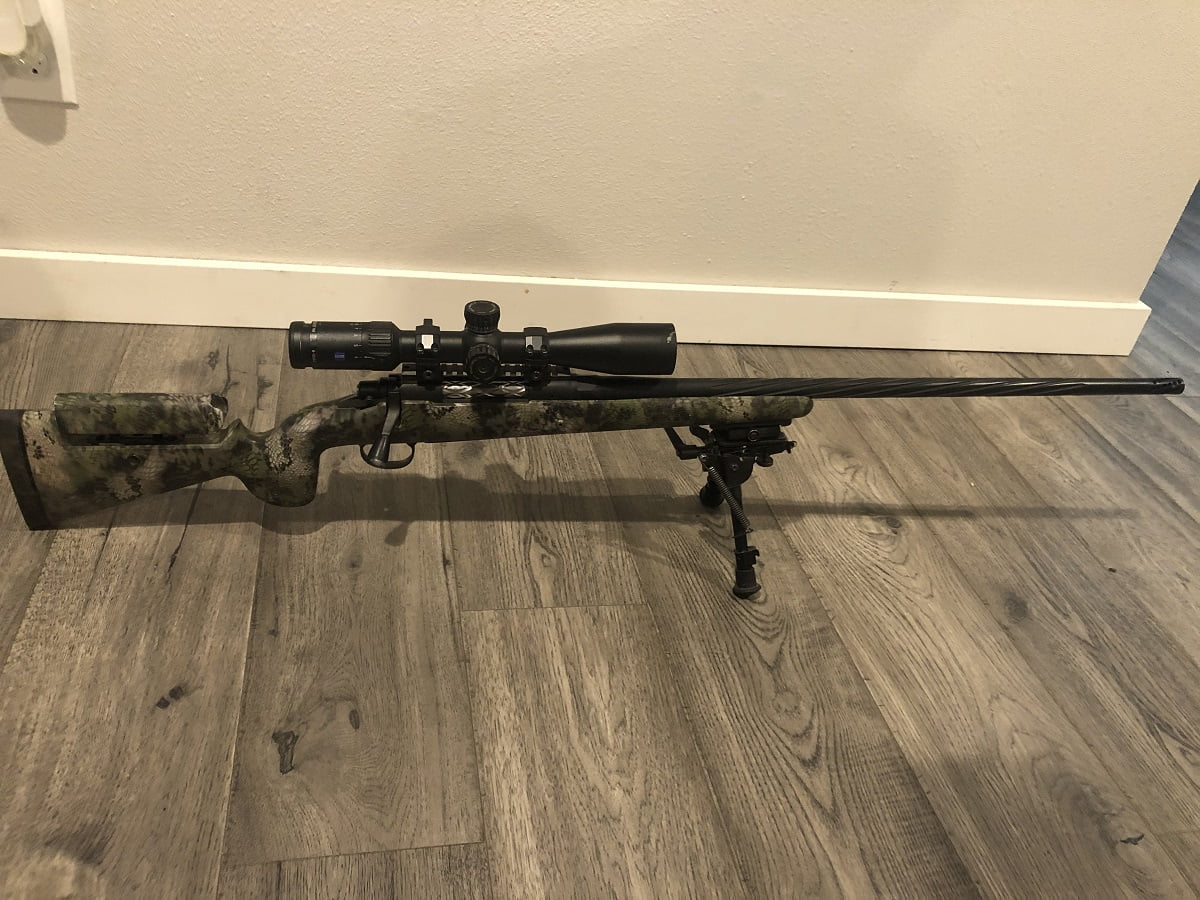 I range verified the Zeiss Conquest V4 out to 1500 yards and was right on at all ranges I shot. What a confidence booster. I had my daughters take shots at various ranges with them both making good shots out to 1200 yards. Disclaimer: “Not an intended hunting range”.

First Hunt Of The Season

I started on a mule deer hunt that was to double as a scouting trip for my daughter Emmaline’s first elk hunt. I had found some good bucks scouting during the summer. However opening day, I got dumped on by almost a foot of snow. I spent four days looking for bucks I’d scouted in a few different spots. I even saw a few of them the evening before season opener. Unfortunately, they migrated out by the next day.

Throughout the hunt, I was in some high rocky country and was doing a lot of slipping and falling in extreme conditions. I checked zero and shot a few times to confirm zero and dope in between spots. It was perfect and I ended up sending one out to 1,700 yards “dead nuts”. 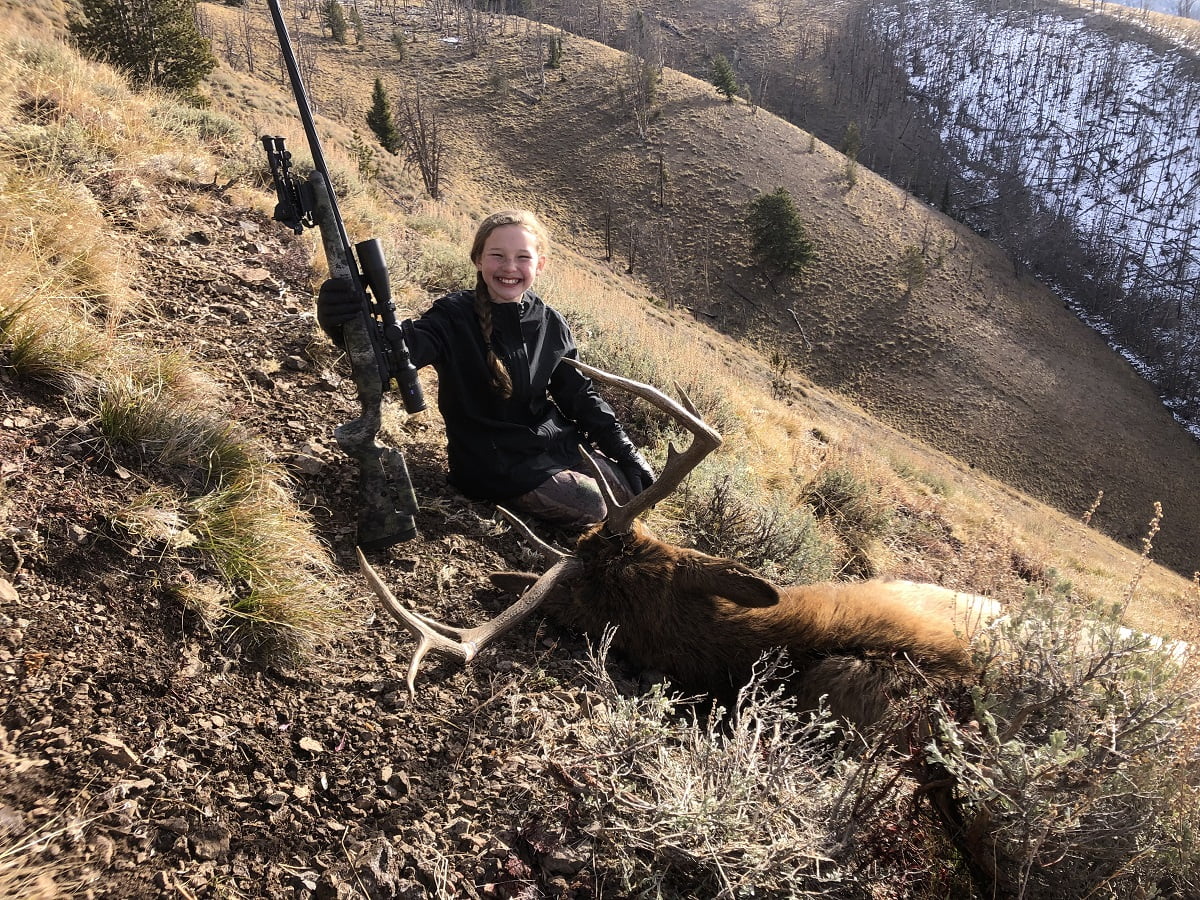 On my daughter Emmaline’s elk hunt, we backpacked into a spot and found the elk a bit lower than expected. With morning temps around 10 degrees. The scope performed flawlessly as my daughter took her first bull at 350 yards about 20 minutes after legal shooting light. 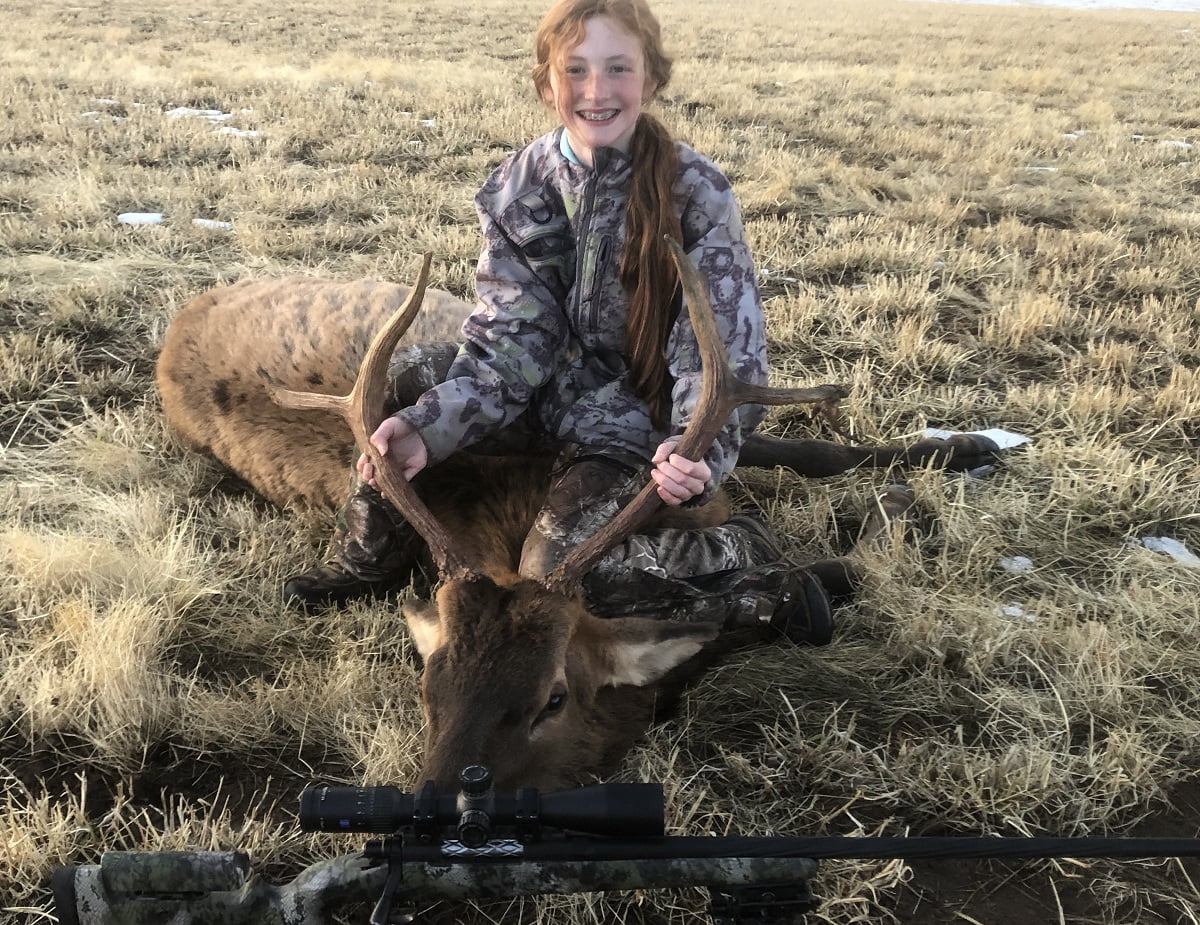 A couple of weeks later on a last day hunt with Annabelle, we found an elk herd right at first light and tried to close the distance.  The dang rogue cows limited our options. The elk were heading into the dark timber, so we had to drop right where we were and take a shot. I told Annabelle to get on one and make sure it had antlers and make sure the scope level was good. I ranged them at 900 yards with a 20-degree angle up hill and quickly dialed and adjusted the parallax. My daughter is known for getting on target quickly and within seconds, she sent it. I was just getting my binos up to my face and was able to watch the bull drop instantly with a perfect shot just behind the shoulder. 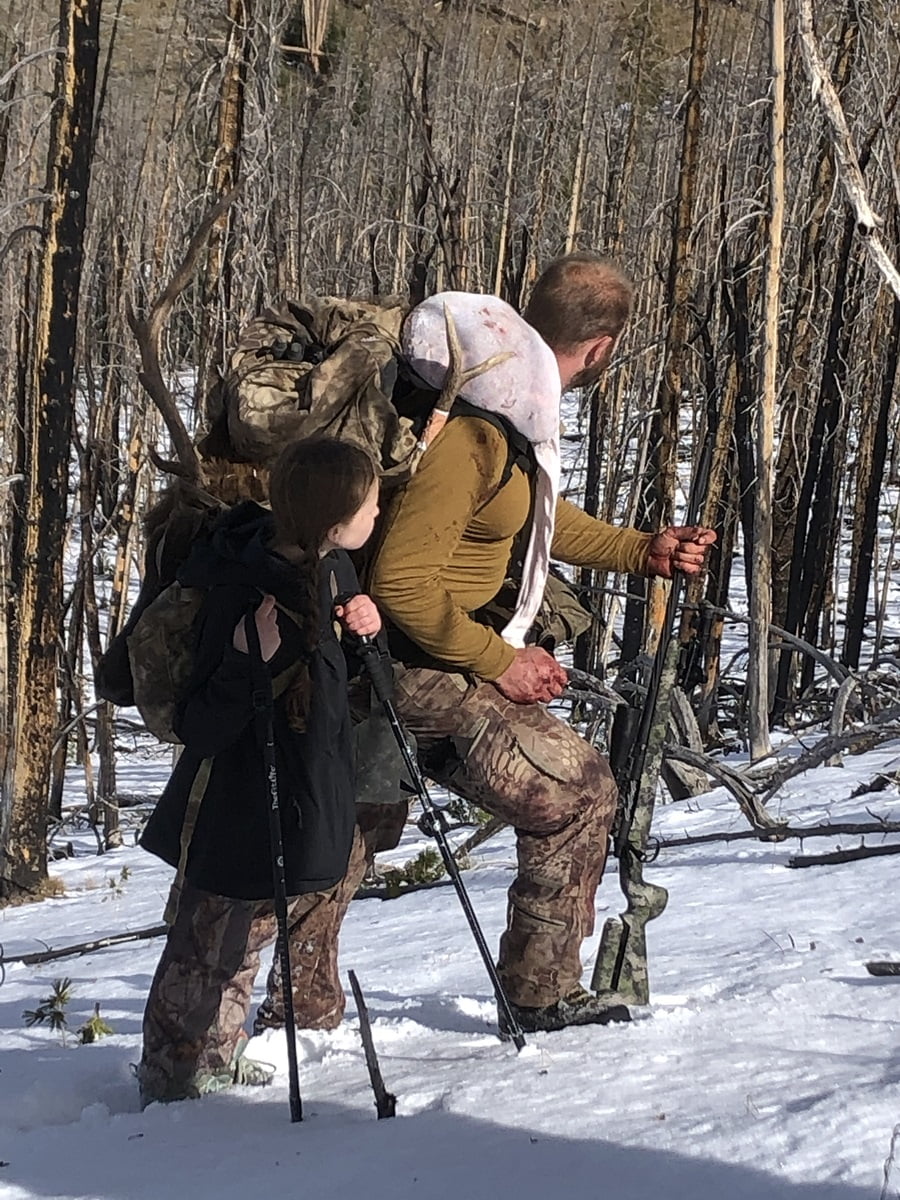 We used the rifle on several other hunts in extreme conditions. There was never an issue with the scope fogging up internally, or losing zero.

Dialing for a distance is the most important aspect of a long-range scope to me.  It’s what makes me skeptical about purchasing a scope that I’m not 100 percent confident in. There are so many variables with long-range shooting, I need to know the scope is going to dial up and back correctly. The Conquest V4 was spot on and returned to zero every time. I shot this setup a lot during the season to check and verify more than I ever have during a season. Most of my shots were in field conditions cold bore. It made me as confident as ever that the setup would deliver when called upon.  Pretty sure my girls agree! 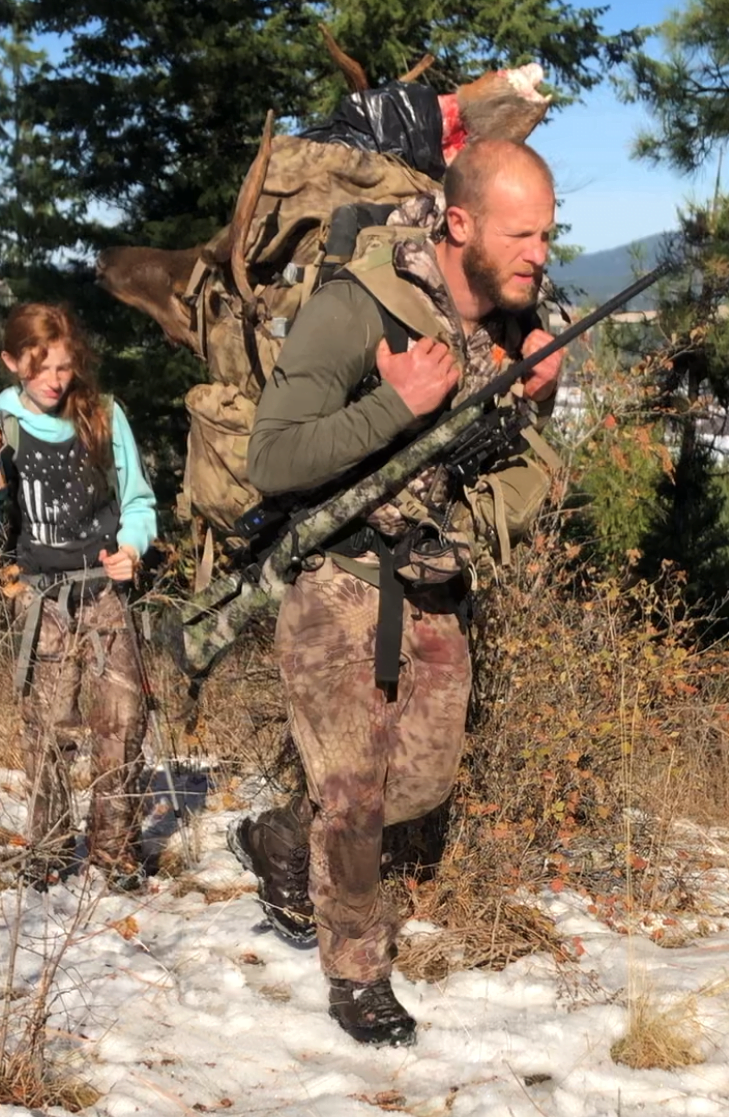 Low light and cold weather were the themes of our season. This year we seemed to catch every storm and cold weather event on the days we went. The Zeiss Conquest V4 never limited us or slowed us down on opportunities. Both of my daughter’s elk were taken within minutes after legal shooting light. 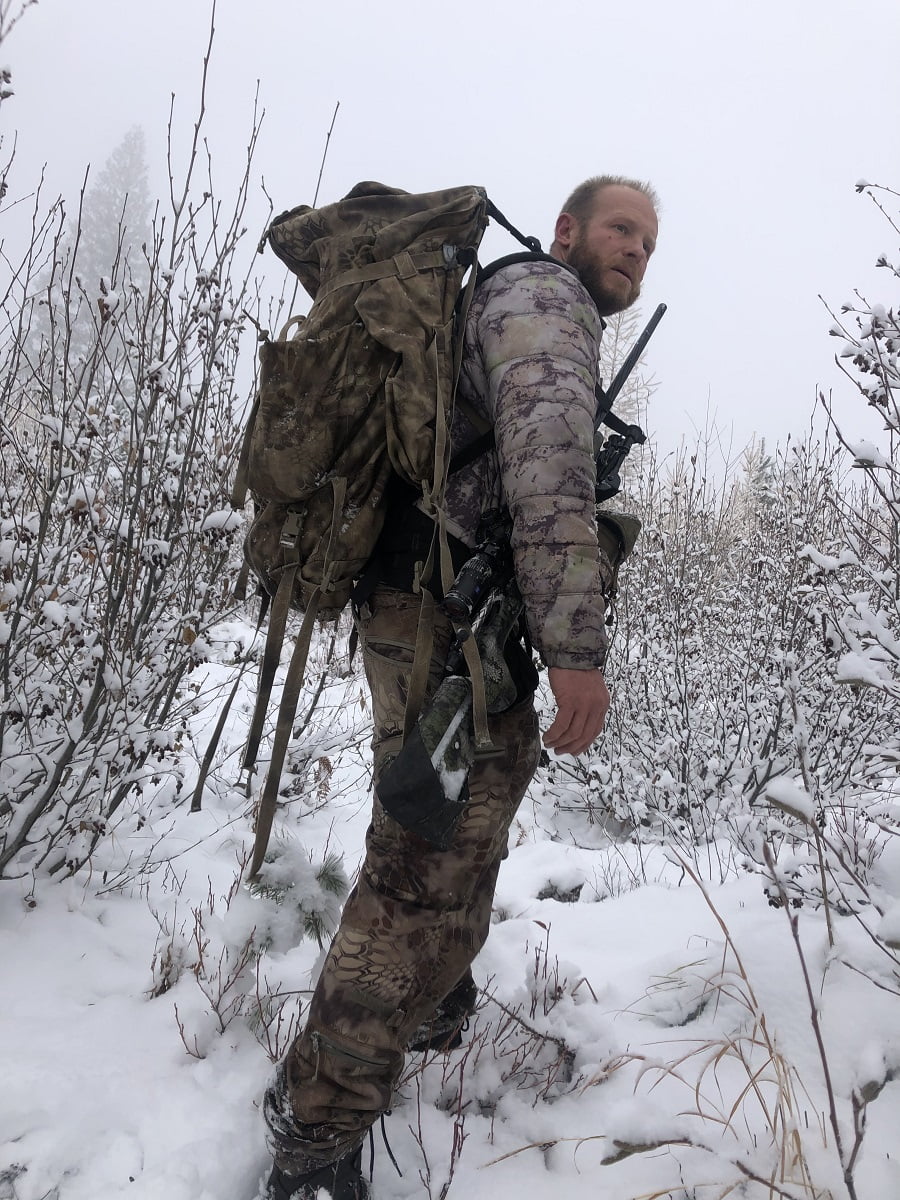 As I said in my initial review, I liked the changes and upgrades they made to this scope. I was happy to find out that it passed the test and held up well in adverse conditions. I guess if I nit-picked, I would say I loved the Parallax yardages which were labeled on the Pre-production model but not on production. Zeiss hit a home run when upgrading the V4. The scope is in my opinion the best mid-priced lightweight long-range scope available. More info available here.

You can comment on this article or ask Jim questions here.