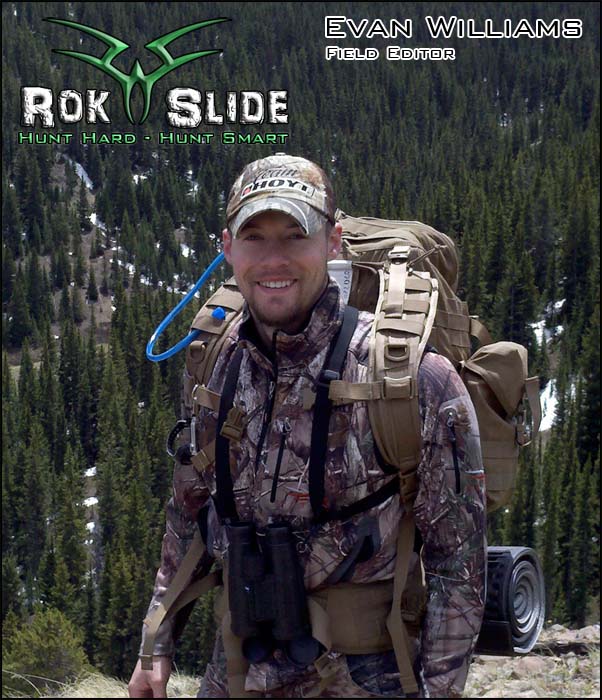 Growing up in South Central Nebraska and Northwestern Kansas, Evan was introduced to the outdoors at a very young age. Between sports, Boy Scouts, and competitive rifle shooting, the only time he spent indoors was forced time by school administrators.

Following his high school graduation, Evan received a full athletic scholarship to the University of Missouri – Kansas City for the university’s rifle team where he majored in Mathematics and Statistics and was forced to put his hunting on hold. After the completion of his collegiate career, he moved to Colorado Springs, Colorado to train at the Olympic Training Center and renewed his passion for the outdoors as he began working at the local archery Pro-Shop.