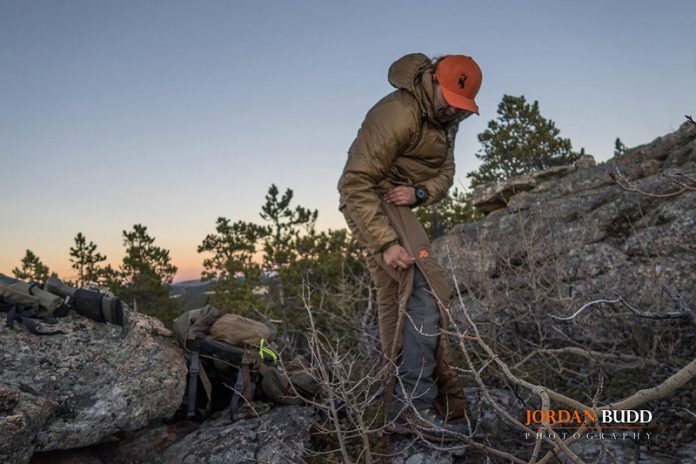 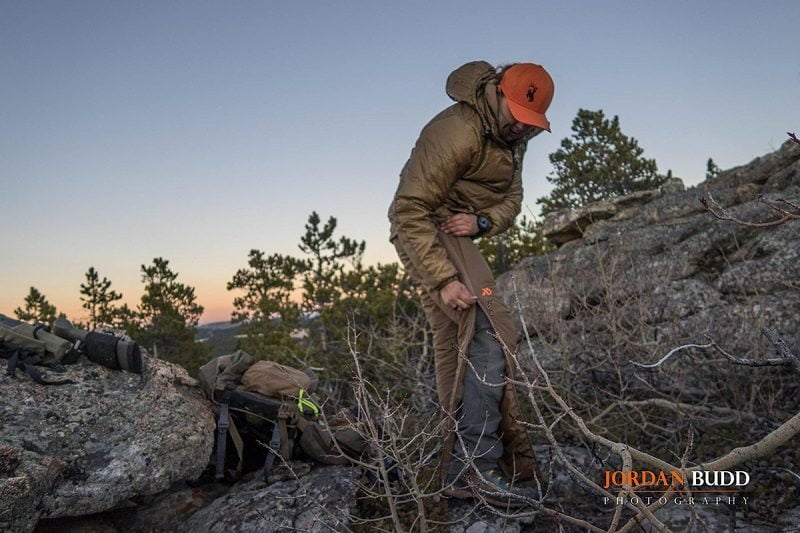 I think one of the most challenging aspects of hunting the late season is finding the right clothing to keep you warm, dry and comfortable. Most of the time for me, the most effective way to hunt a mountain area is by sitting behind the glass and picking apart the country with my optics. However, it is especially hard to stay on the glass very long when you’re sitting on a snow-covered windy ridge top. I think by now just about everyone has a puffy jacket added to their arsenal. It’s certainly a crucial piece of gear in my pack; so when I saw First Lite release their Uncompahgre pants I had to get them on order for the fall. 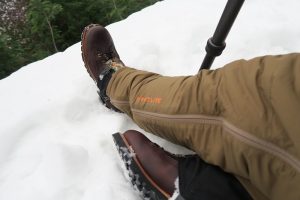 These pants have full zippers on each side so they’re easy and fast to put on and take off without taking your boots off. They also incorporated a two-way zip, so you can go from the top down and get in your pants pocket or just open them up for some ventilation. They feature the same synthetic insulation as the Uncompahgre jacket, and weigh in at 18 oz and pack down very small. The seat is reinforced, and the outside of the pant has DWR for basic water repellency.

From about the middle of September, I did not take these pants out of my pack. On most mountain days during the fall, it’s chilly in the prime times to glass, but during the day when you might be on the move it gets pretty hot.  For that reason, I hate wearing my merino base layer under my pants that time of year. With the puffy pants you just throw them on while you’re glassing, then zip them off when the day heats up and you’re comfortable again–no base layer needed! 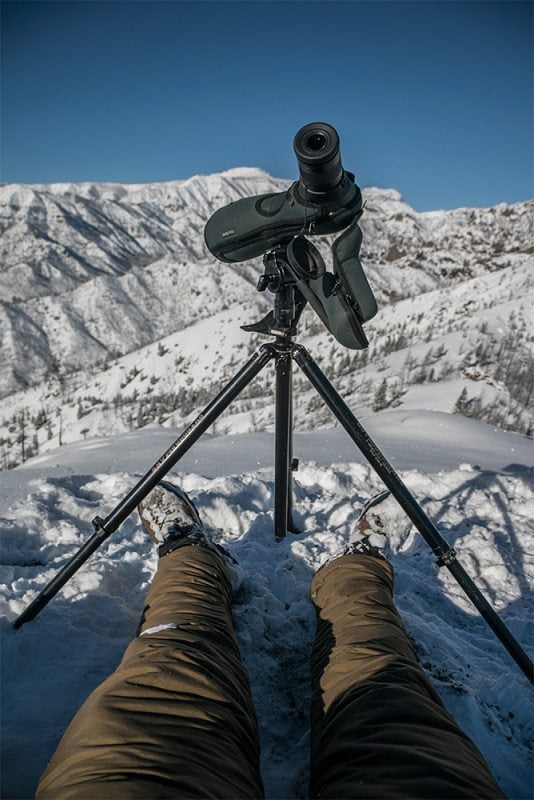 I just got off of a hunt where one day it was minus six, the wind was blowing, and we were positioned on a ridge top glassing for deer. They were pretty miserable conditions to be stationary in but with my puffy pants on, I could definitely stay out on the point glassing much longer than some of the other guys that only had their base layer and pants on.

These pants are not designed for trudging through the forest or sliding down a mountain. As they aren’t overly tough, they are best for being stationary like glassing, hanging out at camp, or even in a tree stand. In fact I got bold one evening and didn’t want to take them off on the way down the mountain.  I ended up tearing a small hole in the knee of the outer fabric after I tripped.

If you’re a late season hunter or you just don’t like being cold, be sure and check out the Uncompahgre Puffy Pant from First Lite. I’m confident that they will make more of an impact on your comfort in the field than you think.

You can discuss this article or ask Jordan questions here.