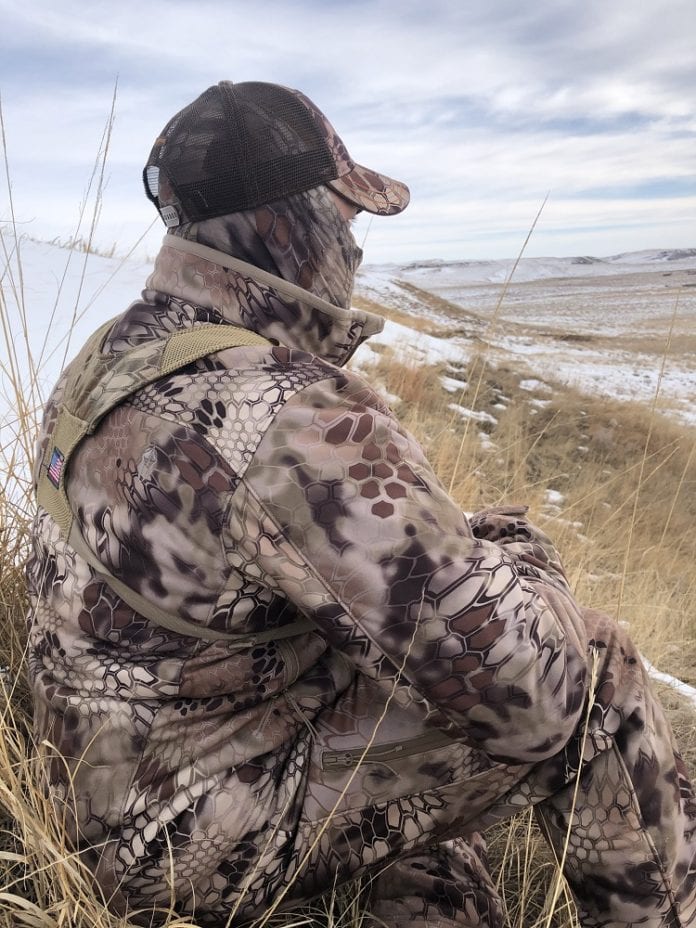 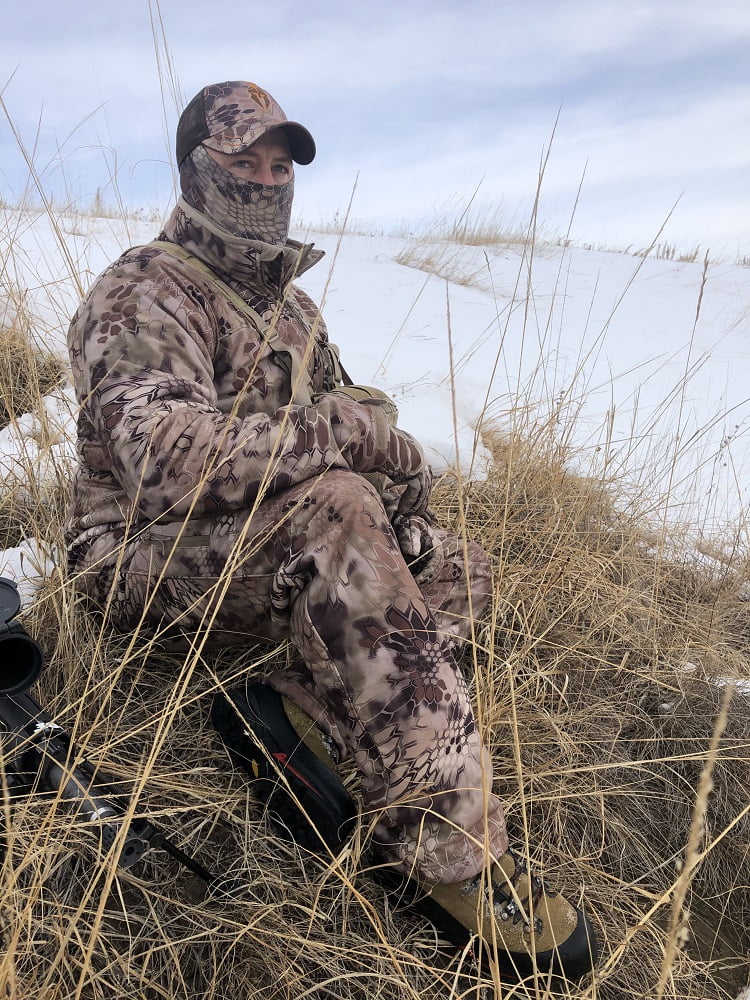 In a previous article I reviewed the Cadog Kit and outlined in many ways how it has been a great kit since its introduction in 2012 and remains a viable option to this day. It is a testament to the Cadog kit that it is still being produced with minor changes to benefit the end-user. The Cadog still remains one of my favorite kits, but it lacked one thing. It wasn’t windproof and in the plains of the Dakotas, Wyoming and Montana the winds tend to be knocking at your door on a regular basis. Kryptek has the solution. I introduce to you the new Kryptek Njord kit.

They also refer to this as the Cadog II because of its similarities. Let’s have a little education on Greek names, shall we? If you haven’t noticed by now, Kryptek names a lot of their gear, if not almost all of it, after ancient mythology names. By Norse mythology, Njord is the god of the sea and winds. That is very fitting for a name for this kit. 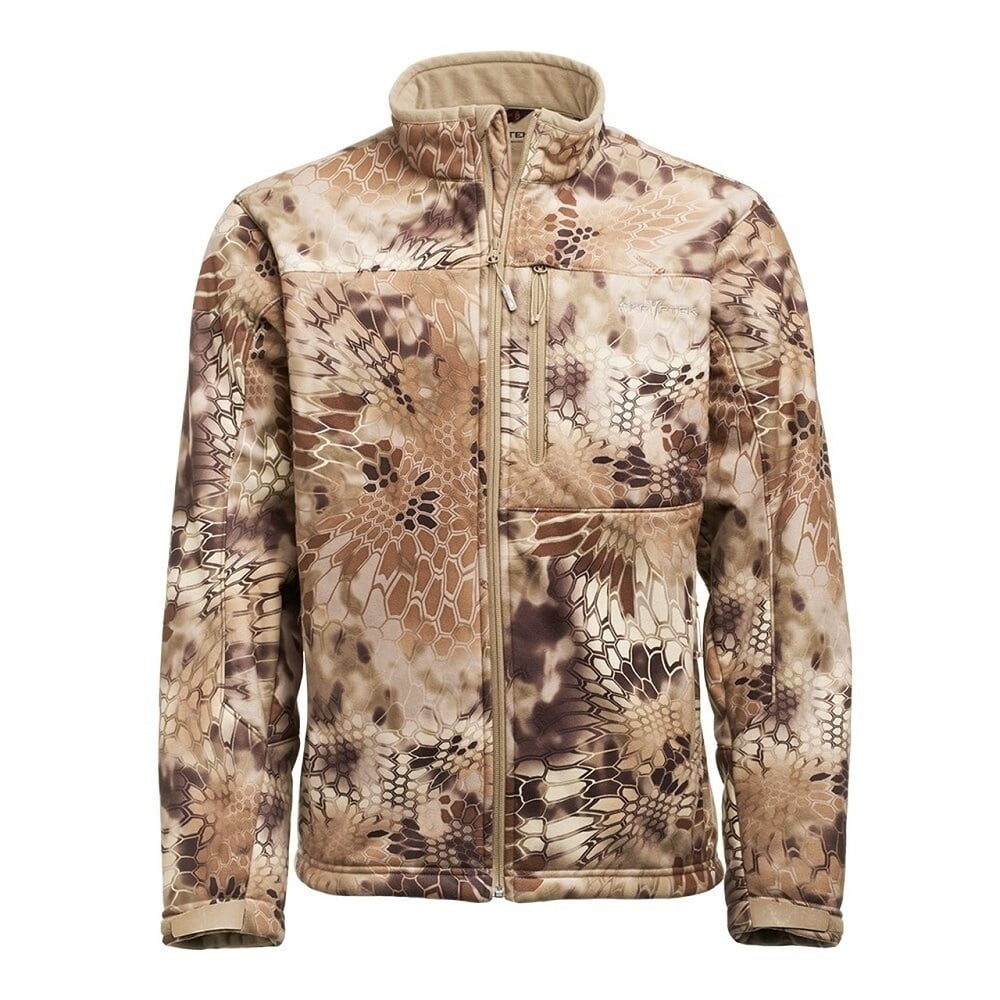 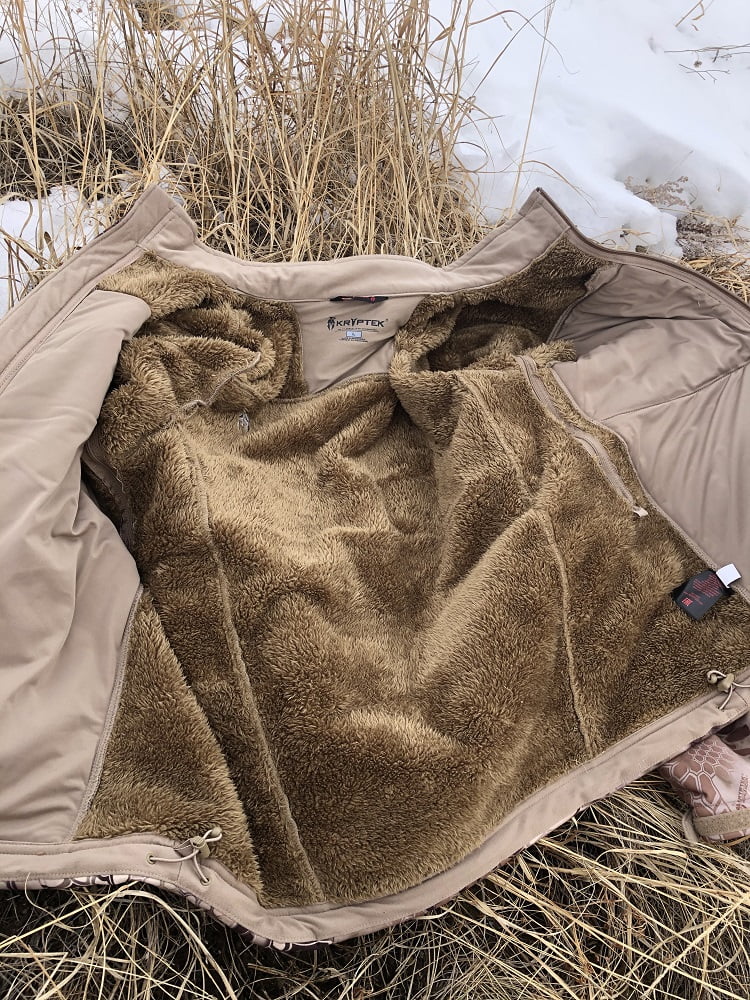 Kryptek used a 10/10 lamination between the two layers to keep the wind and water out while keeping you comfortable during the late season. 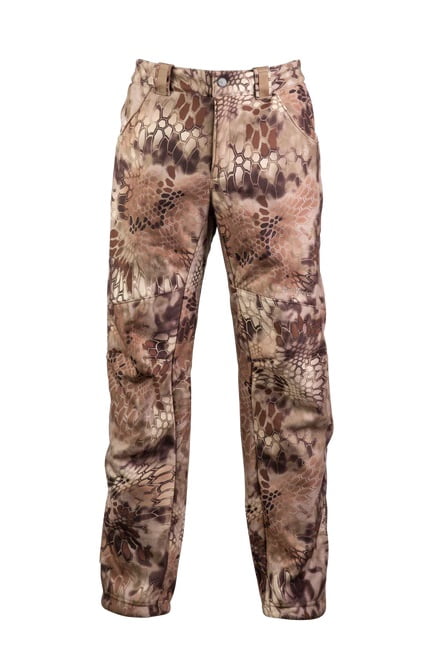 I received the Kryptek Njord jacket, pants, and vest in the mail the day prior to leaving for one of my hunts in North Dakota. When I removed the garments from the packaging, I was a bit apprehensive as they felt stiff for a mid-weight, late-season kit and I feared that it would really constrict my movement. I was wrong as I layered up for an evening sit in my treestand with winds gusting up to 25 mph and temperature without wind-chill of 20 degrees. The wind would be blowing right in my face as I wanted, but how would the kit perform? It would be a true test to this kit for a first use. I put on merino baselayers only and my new Njord garments. I remained on stand that evening for five and a half hours, but never got cold or even chilled. Nor did I ever feel the wind penetrate the layers as I hoped.

When walking to and from the stand, I needed to remove the vest to keep from sweating up. The jacket does also have pit zips and they kept the hood off the jacket just like in the original Cadog kit. For a mid-weight kit, this is far warmer than the original Cadog and is much more improved for us bowhunters. But if on the move, I had to have the pit zips open for sure. 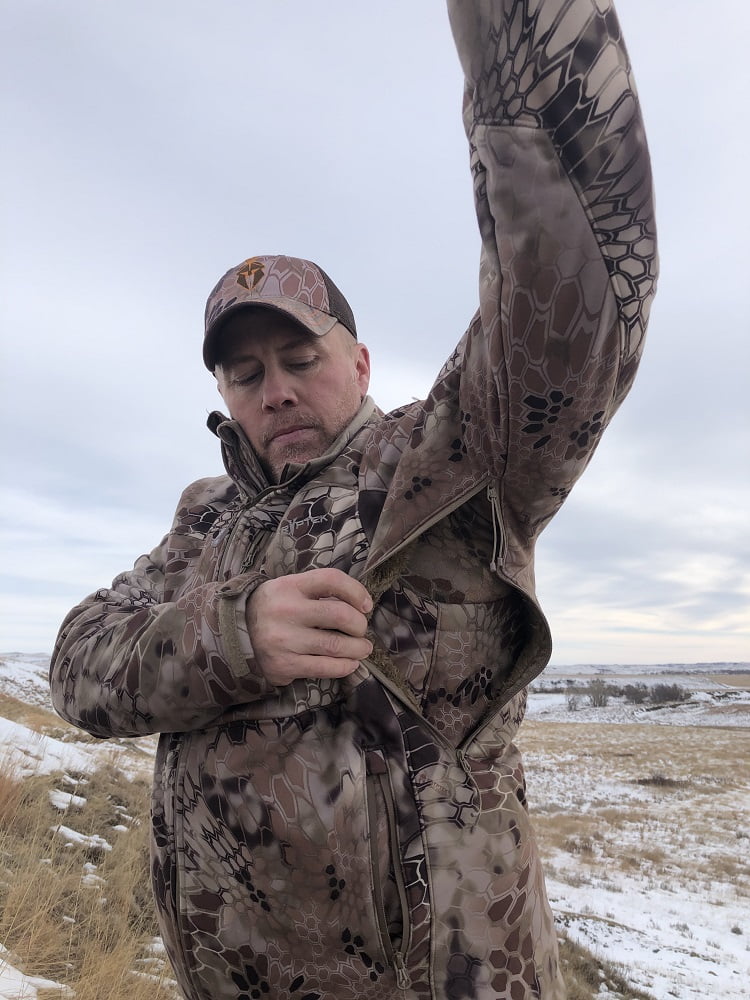 Pockets remain largely unchanged on the Kryptek Njord jacket with one chest pocket, two oversized kangaroo pockets and pit zips for dumping heat if you are going to be active while using the jacket. The Velcro sleeve cuffs allow a wide range of adjustment as well to fit your comfort.

I am a huge fan of vests and the Njord vest is a great piece as well. Essentially the same as the jacket but without sleeves or hood, very comfortable and a must-have in my book. I did not feel constricted with the vest and jacket like I originally thought. Paired together they worked great and the fit of all pieces was spot on for me. 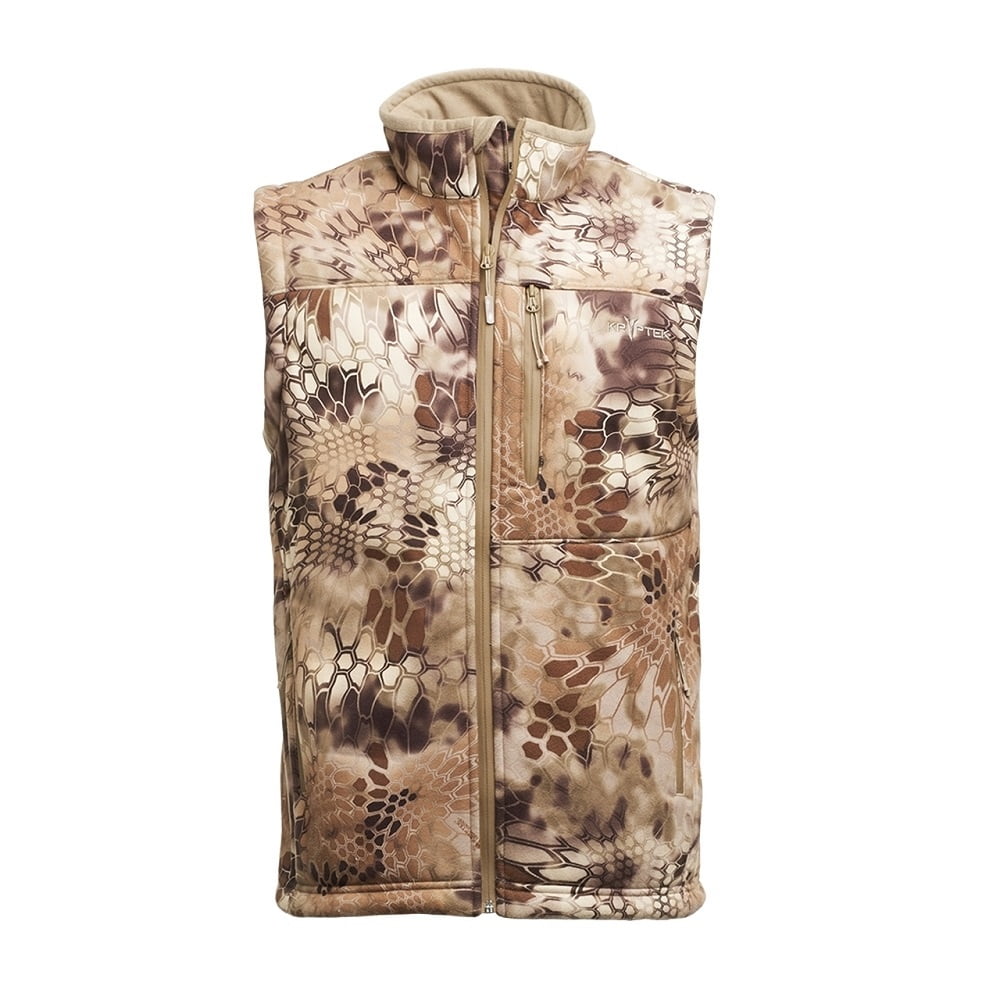 The pants are the same exact material as the jacket and vest and have four conveniently situated pockets. Even with that said, I am not a fan of the more shallow “hand” pockets on each side and only one thigh pocket on the right side that is barely big enough to hold my iPhone 8+. Five reinforced belt loops and also the option of adding suspenders are great features. There isn’t any ripping these loops out! The fully gusseted crouch area does not have insulation to keep friction and heat to a minimum. This is a huge improvement over the original Cadog.

Using the Kryptek Njord kit in the stand with temps from 25 degrees down to 10 degrees it did very well. At temps below zero, I could feel the wind biting through to my arms but not enough to kick me out the stand. In temps above 20, and on the move, I feel that this kit can get too warm but the pit zips do help remedy that. The pants did well but I would rather have a lighter pant with merino bottoms when on the move. For stand hunting these pants are the ones I will be wearing to temps down to zero degrees Fahrenheit. Anything colder, I move to the Aegis kit that will be covered in my next article. 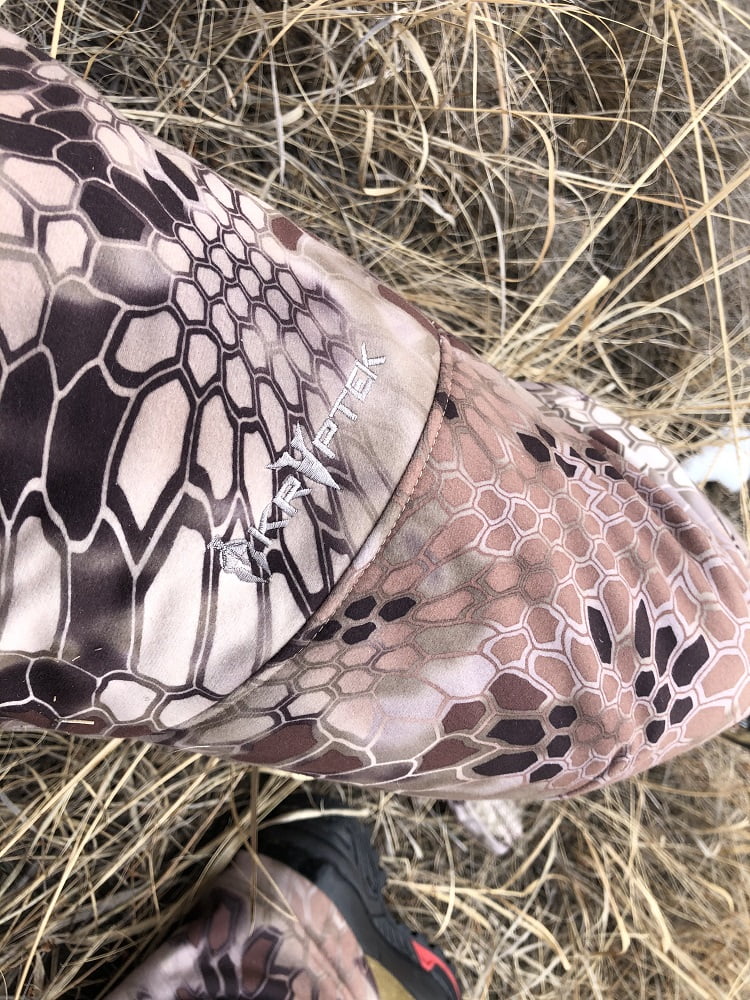 The Kryptek Njord material was much quieter than I initially thought as well. After a wash, they became even quieter and I was able to easily move with whitetail less than five yards from me at the base of my tree, and remain undetected. 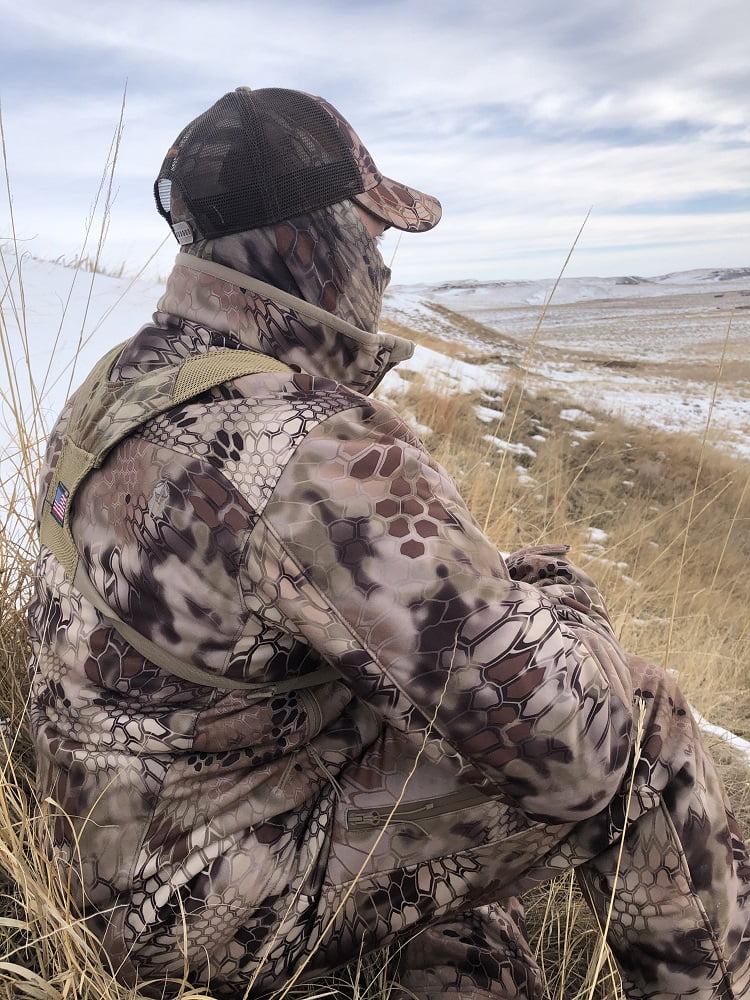 Now that the Kryptek Njord is officially in my arsenal, it likely will take the place of my Cadog for stand-style hunting. I will likely reserve the Cadog for more strenuous hunts. I’ll use the Njord on those windy, cold days when I will not be as active. At first, I didn’t feel the need to replace the Cadog with anything else. But, the Njord certainly has me reconsidering that thought. You just can’t argue the effectiveness of garments that stop the wind 100%.

The Kryptek Njord is a great addition to the line and something that late-season bowhunters will really love! It is a great improvement over the original Cadog, but both still have their place. This kit has earned its place for stand hunting in the late season. And, the quietness of the material proved itself on several hunts this last winter. Great job Kryptek! A great addition to the line! Order yours here.