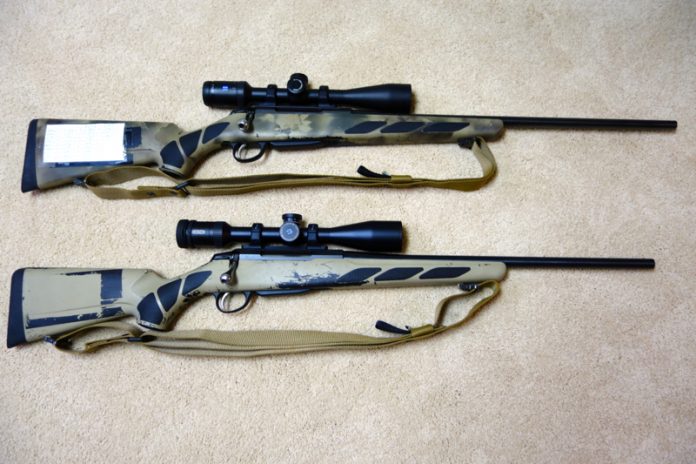 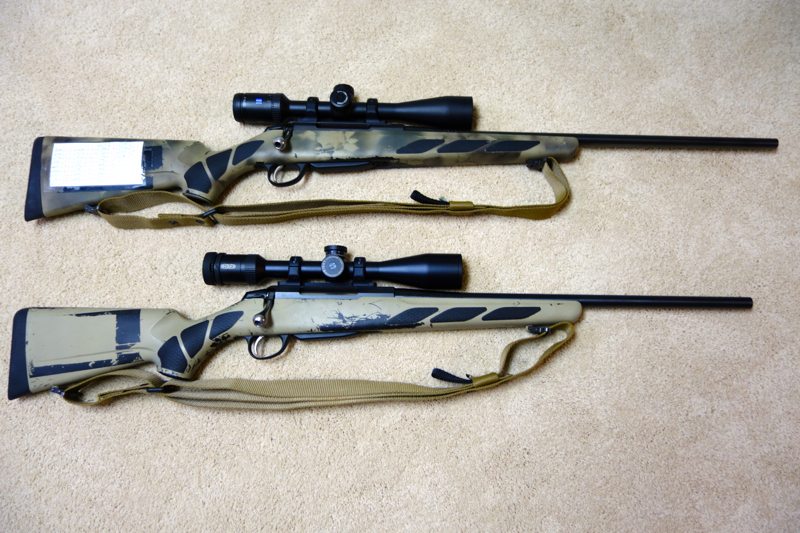 A few years ago, I bought a Tikka T3 Lite chambered in 30-06 based on the reviews and accuracy claims I had been seeing on the forums.  If you are familiar with Tikka at all, you know it did not disappoint. Out of the box this has been the most accurate rifle I have ever owned. It quickly became my hunting and shooting workhorse.

Being new to backpack hunting, I have found myself trying to cut weight where ever possible when it comes to gear. My first trip into the mountains taught me the hard lesson that “ounces equal pounds”.

A recent ad for the Tikka T3 Lite Compact caught my eye. Could a compact version of the T3 cut some weight and still perform as well as my 30-06 Lite version? 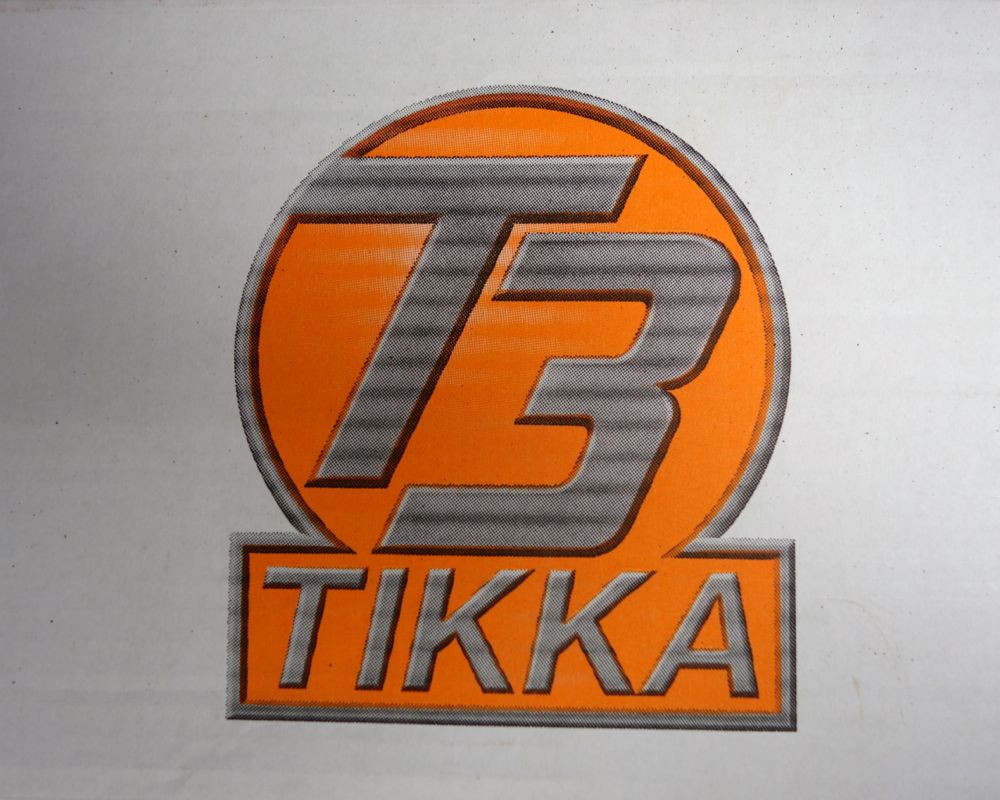 Comparing the original T3 Lite to the new T3 Compact

Even though the Tikka was a new out-of-the box rifle, I dissassembled and thouroughly cleaned my new prize.  Cleaning will remove any machine oils left from manufacturing and a good inspection may reveal any defects or problems with action and barrel-to-stock bedding. This could save some trouble when it comes to range time. It never hurts to just take a good look at what you have.

One of the first things noticeably different about the Tikka is the bedding / lug assembly pictured below. 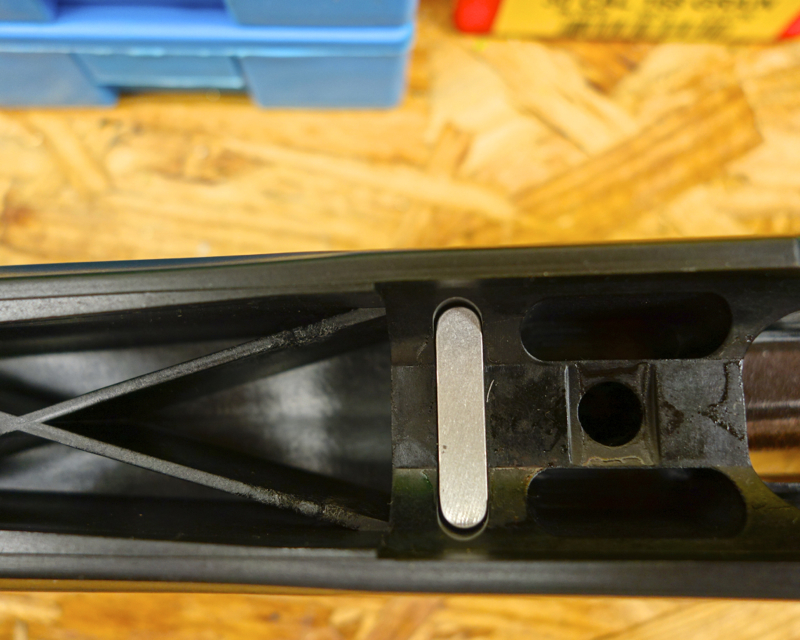 There is an aluminum lug that sits in a slot that is integral to the stock. The receiver has a machined groove  that this lug sets in when the two are assembled together.

There are a few things that are “controversial” about the Tikka. This lug is one of them. The factory lug is aluminum and is visibly indented by the receiver after the rifle is fired. There is thought that this indention will create space and loosen up over repeated firings causing a loss of accuracy. As of yet, with hundreds of rounds fired in my T3 Lite in 30-06, I have seen no ill effects and will continue to use the factory lug until (or if) problems arise.

With the rifle cleaned and inspected, it was time to take a look at the trigger. The Tikka is equipped with a single stage trigger adjustable from two to four pounds. Although nicely adjusted out of the box, I opted to lighten the trigger a little more. To accomplish this, the allen set-screw on the front of the trigger assembly is loosened out towards the bolt that holds the assembly to the receiver. 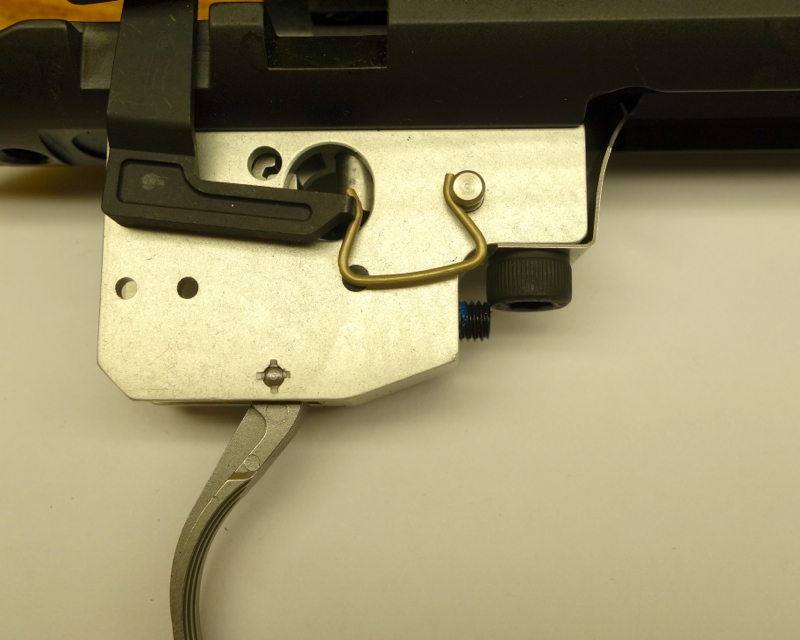 Out of the box, there is visible space between the two. Using an allen wrench I backed out the adjustment screw until it made contact with the bolt (not jamming it in, just a light touch). This results in a nice crisp and light pull.

The Tikka stock is a “fiberglass-reinforced copolymer polypropylene”. Not sure what all that means, but I find it to be a comfortable, rigid stock for a rifle in this price range. The Compact rifle comes with a shorter length of pull vs. the standard rifle, 12.5″ to be exact. If that is too short, a spacer is included in the box that can be added to increase the LOP to 13.5″. I opted to keep the 12.5″ LOP on my rifle.

The only thing I don’t like about the stock was the color. As Henry Ford said, “You can have the Model T in any color…as long as it is black”. While dissembled, I took the time to mask off the grip areas and painted the stock to my liking. I can always strip it off and repaint or put back to original. 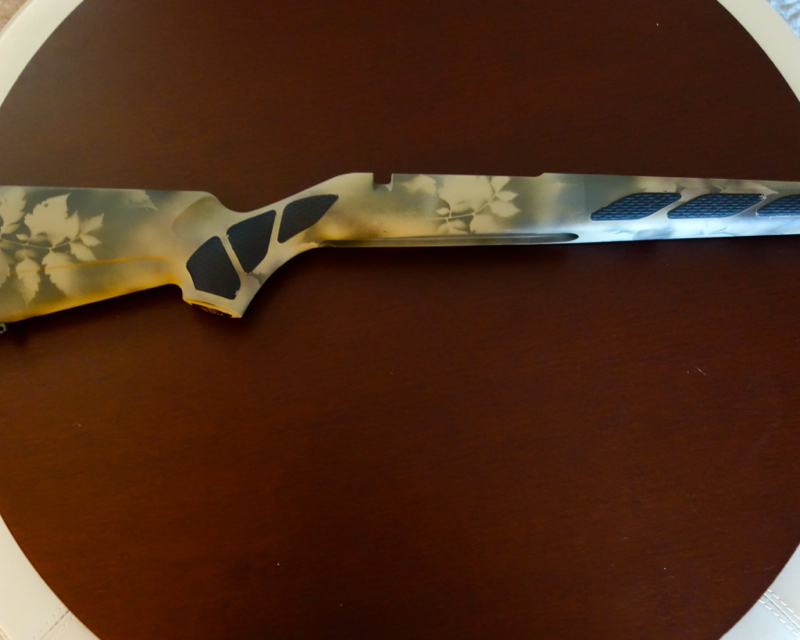 With the Compact inspected, cleaned, adjusted, and painted, it was time for reassembly. This is another place where that lug arrangement could cause some trouble. It is imperative that the lug is aligned properly and seated in the groove of the receiver. It is possible to tighten the action screws without the proper alignment. There is a definite feeling of engagement when it is aligned correctly and the lug drops into the receiver groove. Once assembled, I torqued the action screws to 35-inch pounds. If you disassemble your Compact, always check the magazine release and function as too much torque on the assembly can cause the magazine to bind.

It’s worth mentioning that another point of contention with the Tikka is the trigger guard and bolt shroud assembly. It is made of plastic (for lack of a better word). There is speculation that it is weak or will break with rough use or exposure to cold temperatures that could make it brittle. Replacement parts are available if desired, I chose to run as-is.

When it came to mounting the scope for this rifle, I set the Tikka supplied rings aside. This is a decision made based on some scope slippage issues I experienced with my original T3.  The DNZ Game Reaper one-piece mount has worked perfectly on the ’06 and I expected the same here. With a Meopta Meopro 4.5-14×44 T mounted, the rifle is ready for some range time and field testing.

Scope mounted and sling added, the field-ready rifle weighed in at 7 lbs. 8oz on my scale. That is 4oz (1/4 pound) lighter than the T3 Lite with a similar set-up. Not a huge difference, but remember, ounces add up to pounds!

Range test will include a a mix of hand loads consisting of the Lapua Scenar 155, the Berger 168 Classic Hunter, and the 180 Sierra Gameking. That should cover about anything the 308 Compact may come across.

The standard has been set high by the old workhorse, stay tuned for Part II and see if this little Tikka Compact can deliver.  Watch for that article in September, 2015

You can discuss this article, ask the author questions, or subscribe for Tikka Compact Review Part II here