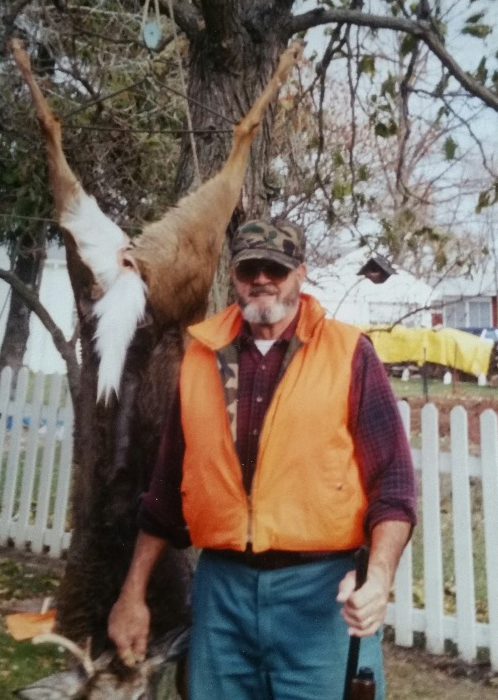 The guy is killing me!  Don’t ask about threats or weapons because there aren’t any.  No wait, there was that sharp ax hanging from his belt, but I thought it was only to forge a path when he took me out into the woods on the pretense that we were to discover nature—together.  What I really discovered was that he wanted me to help him erect a tree stand for deer hunting.  I know, I know, the 15-foot ladder and collapsible seat should have been clues, but I so desperately wanted to believe that he had more romantic motives.  When am I ever going to get it through my hardwood thick head that many, not all, but many older men just don’t give a hoot about romance?  Especially if they’re on high blood pressure medicine, taking pills for an enlarged prostate, and unable to say no to a beer (or ten,) how could they possibly be more amorous.  In my eyes, my husband is still handsome and virile, but then I refused to notice his hunting gear, so maybe I need my vision or, is it my head checked?

To get to the secluded wooded area he drove down a deeply rutted country path that every time he hit a bump, I smacked the top of my head on the truck’s roof.

“Slow down!” I pleaded.  “You’re driving faster than when we’re on Interstate 90, for Pete’s sakes.”

“Don’t start!” he warned, and just the tone of his voice more than hinted that this wasn’t going to be one of those ha ha, fun-filled days.  When am I ever going to quit being such a dope and realize that many, not all, but many much older men who may look younger, just don’t give a hoot about fun?

Once parked and loaded down with more metal than was probably used to construct the Eiffel Tower, we scouted for a tree that was situated near a deer’s run.

“The deer are in rut, so look for a deer rub on a tree,” he ordered.

“Rut or rub?” I confusingly asked.  “By rut do you mean like most married couples are in after years of being with the same person?” 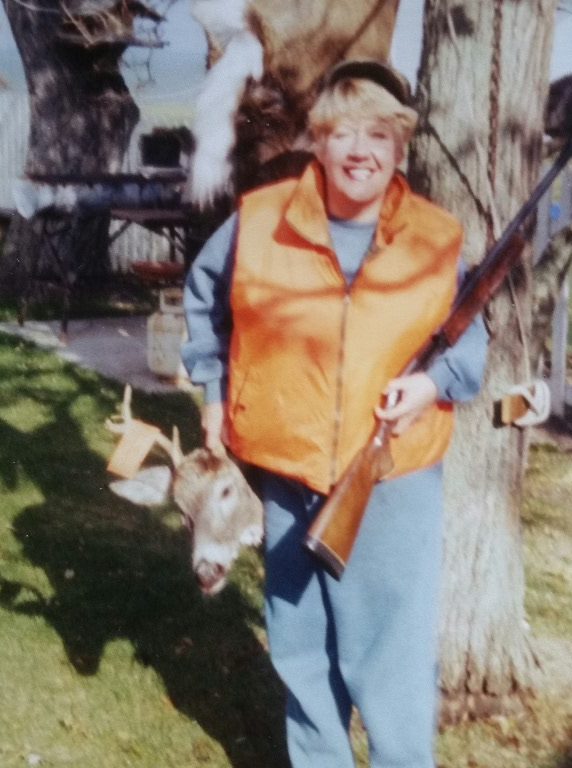 I tell ya, the man never picks up on nuances, and he doesn’t appreciate my sense of humor.  “I’m talkin’ deer rub here,” he snapped.  “It’s when a buck is in heat and looking for a doe, and he scrapes his rack against the tree to claim his territory.  And if I’m up in a tree stand near one of those rubs, I just might get lucky.”

The man can hardly walk, but there he was dangling 20 feet up in a tree, screwing in the last of his tree steps and hooks and connecting chains to hold up his lookout stand.  Sure he had his safety belt on, but it was tied to a limb that looked more like a twig that wouldn’t hold up a sparrow.  No wonder my doctor keeps asking me if I’m under so much stress and that’s why my blood pressure might be so high?  How many wives should be subject to their husband’s balancing acts when they’re not even circus performers?

He kept tossing down a rope so I could tie all his ‘equipment’ on it, and he could then hoist it up for his building project.  It’s my misfortune that I was never a boy scout, because what do I know of knots—nothing!  Of course my knots were all wrong and it took him terribly long to untie them.  At one point he became so aggravated that the sweat from his brow kept dripping on my head and I thought we’d be rained out.  Imagine my surprise when he had finished putting up his tree stand and he called down to me. 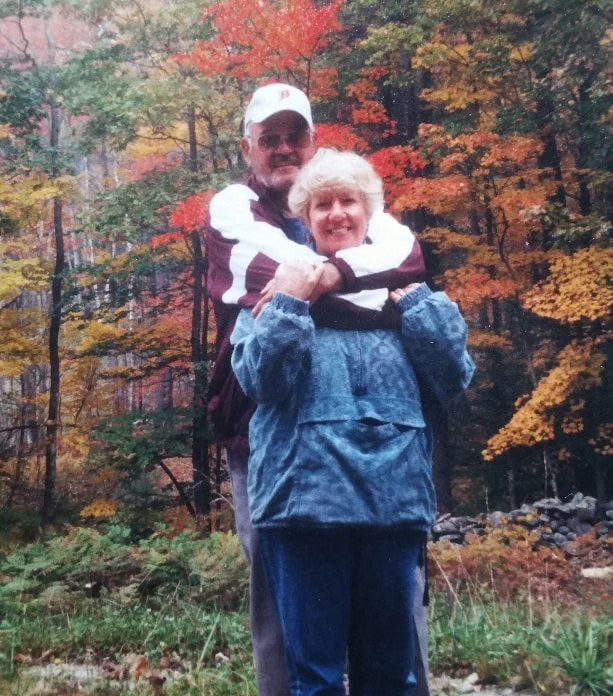 “Don’t know what I’d do without you, kid,” he grinned.

“One off-balanced misstep from you and I’ll know what’s it’s like to be without you!” I yelled back.  “Please come down here—NOW!”

Of course his idea of now meant about a half-hour later, but hey, it was an accident-free day and what more could this wife want?  Well, it begins with R, ya know, like in rut, romance, rarely?  But for me, he’s not just a man for one season, but for all seasons!