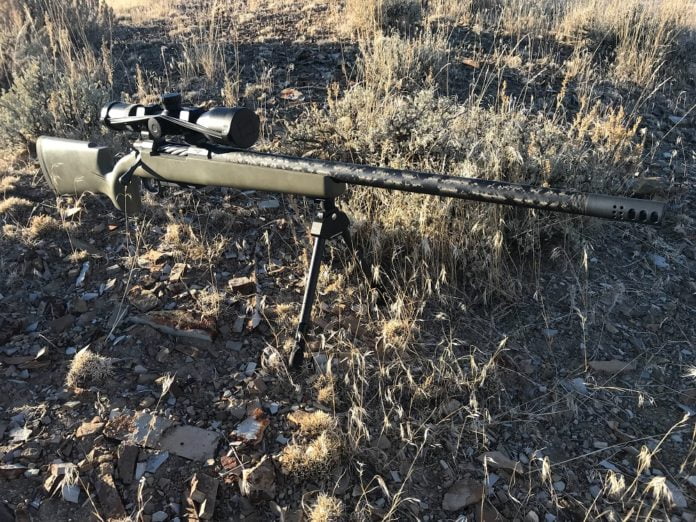 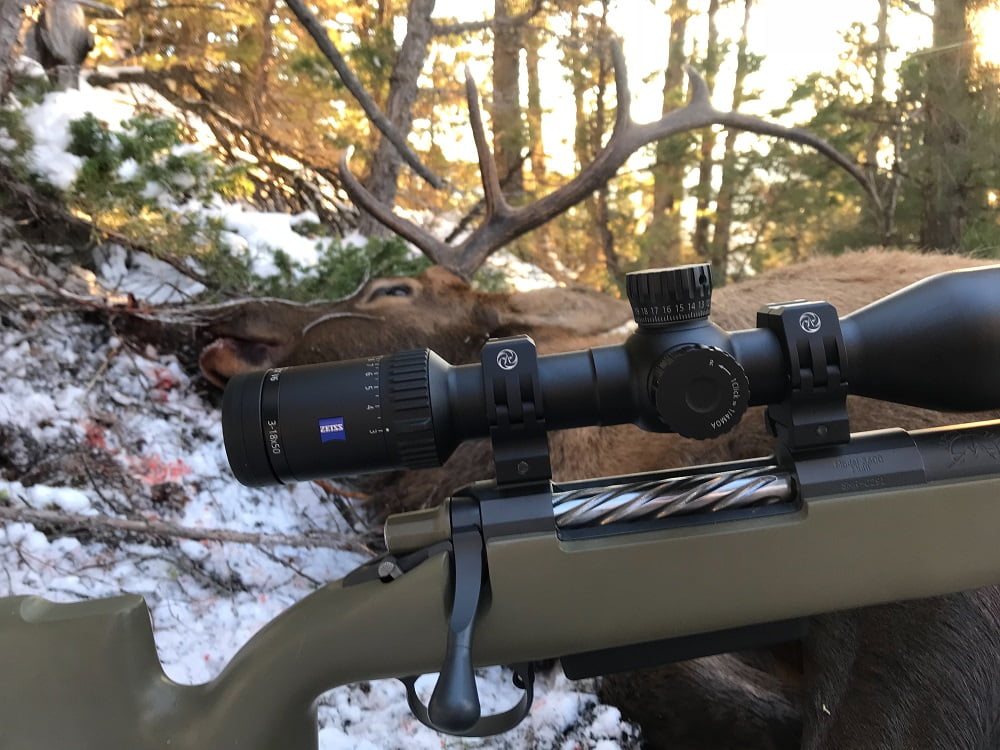 Last year when I found out Snowy Mountain Rifles (SMR) wanted a rifle reviewed here on Rokslide, I let Robby and Ryan know that I was interested in testing out one of SMR’s ½” MOA guaranteed rifles.  After a couple of phone calls with the guys at SMR, it was game on.  I actually changed up my application strategy to incorporate a few more rifle hunts just to get more time afield with whatever they built me. 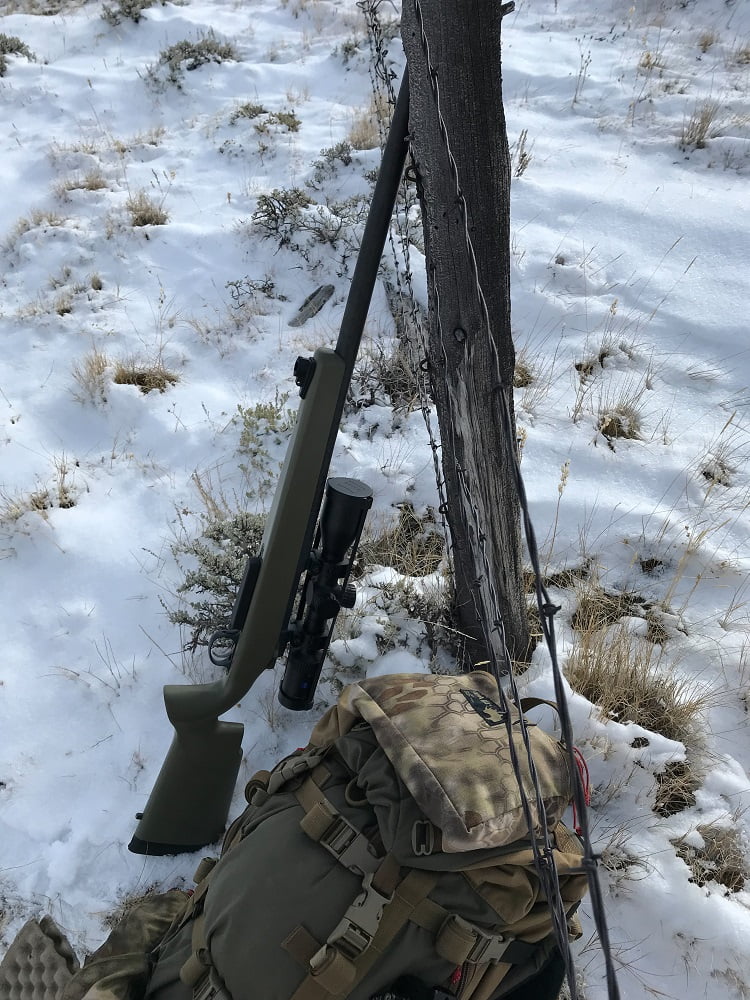 For the most part, I am a backpack hunter and I wanted something that wouldn’t weigh me down, yet would still be capable at extended distances.  The guys at SMR suggested their Alpine Hunter in 28 Nosler and just like that, I was counting the days until it was in my hands. 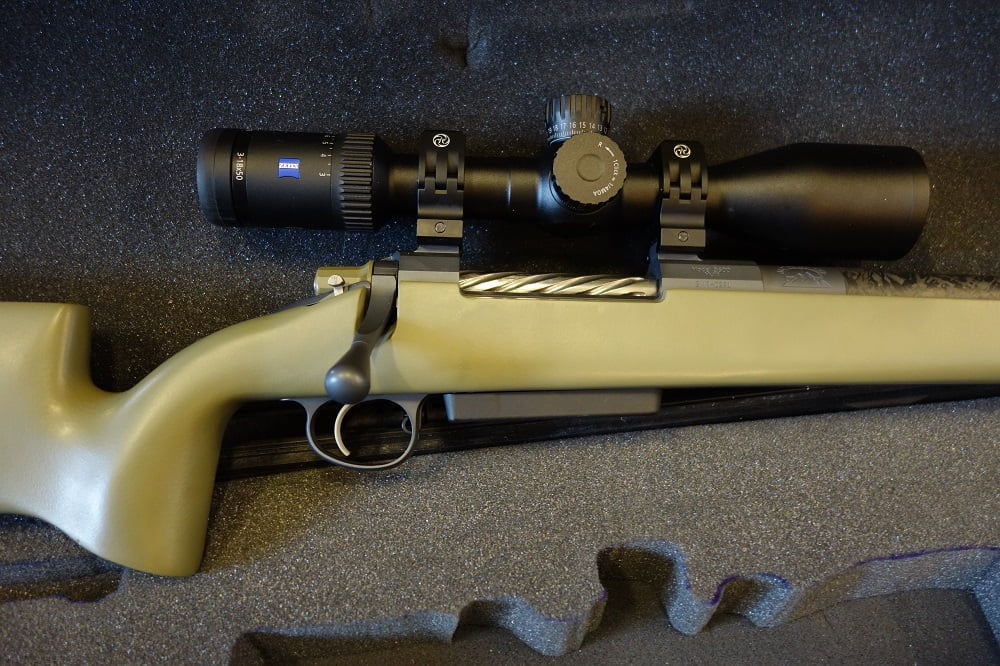 Detailed specifications on the Snowy Mountain Alpine Hunter can be found here. 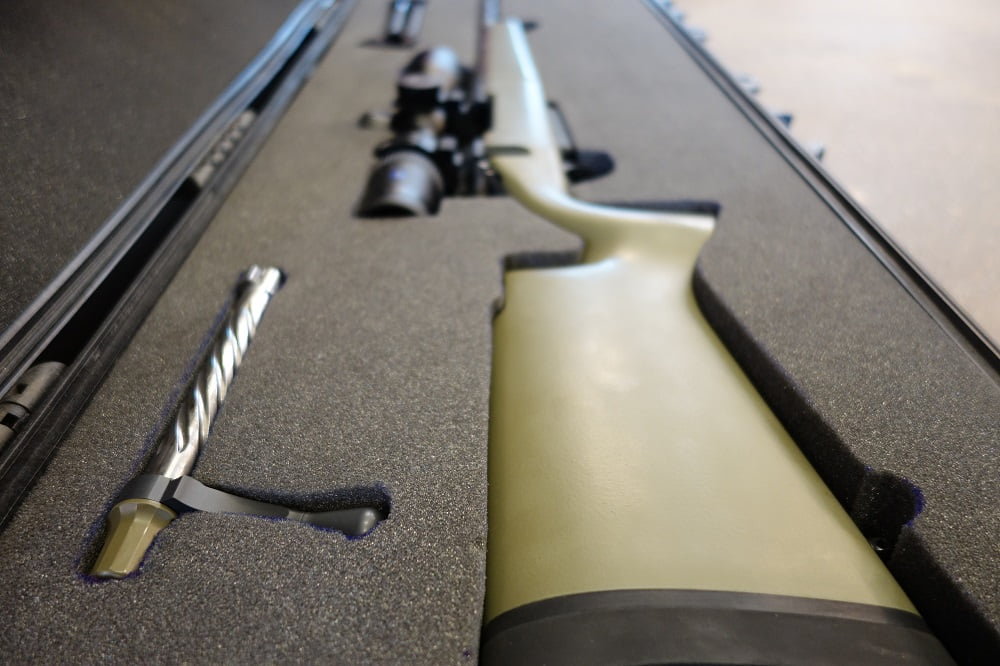 I decided to top off the rifle with new Zeiss Conquest V6 3-18×50 scope, (I did a full review on that scope here.)   SMR used American Rifle Company M10 Rings to mount to the integral 20 MOA scope mounts on the Defiance Action.  No need to worry about your ring bases ever loosening! 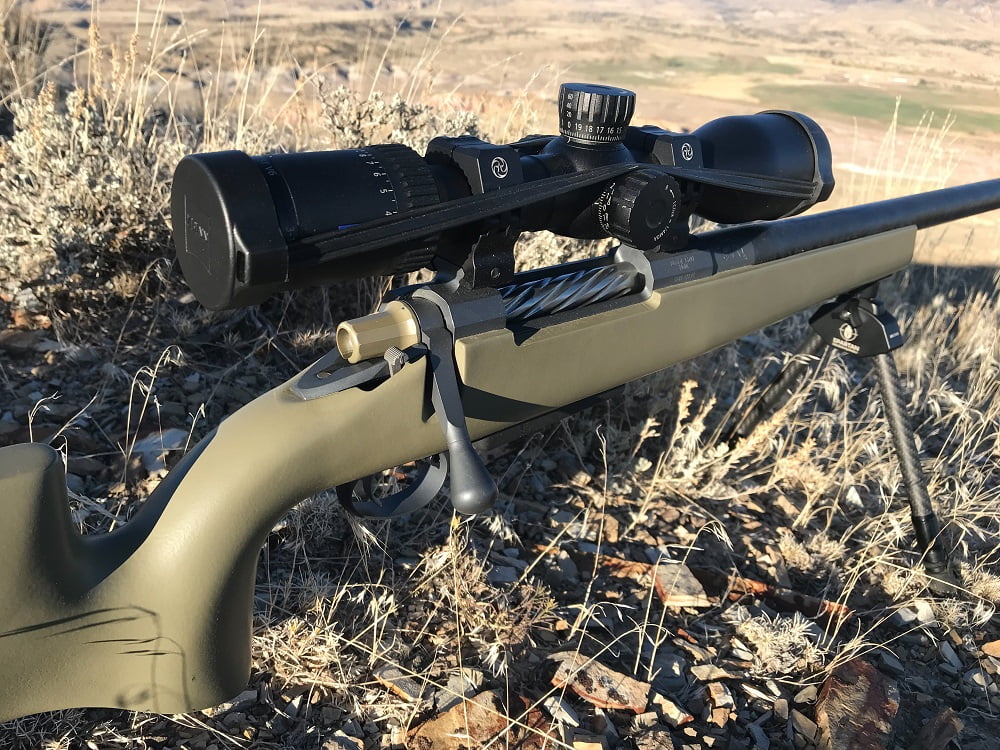 I topped off the build with the Spartan Precision Equipment Javelin Bipod. 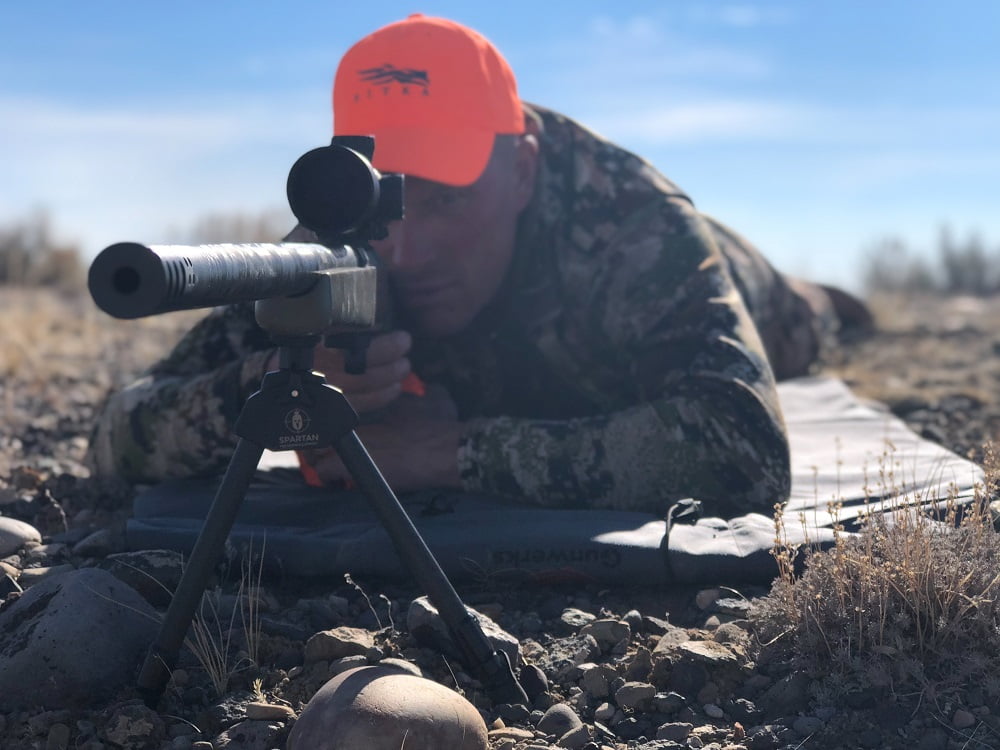 This Spartan Javelin lightweight bipod is ideal for a backpack hunter trying to keep weight down, yet still have options beyond resting your gun on a backpack for a steady shot (it’s also been a top choice among Rokslide members and staff). The Javelin proved to be exactly what I was looking for: quick to remove and reattach, lightweight, sturdy, and made well.  Its ability to attach-detach quickly fits my mobile hunting style; it’ll be on more hunting trips in the future.   I added a Crosstac UL Rear Squeeze bag to finish my set up. 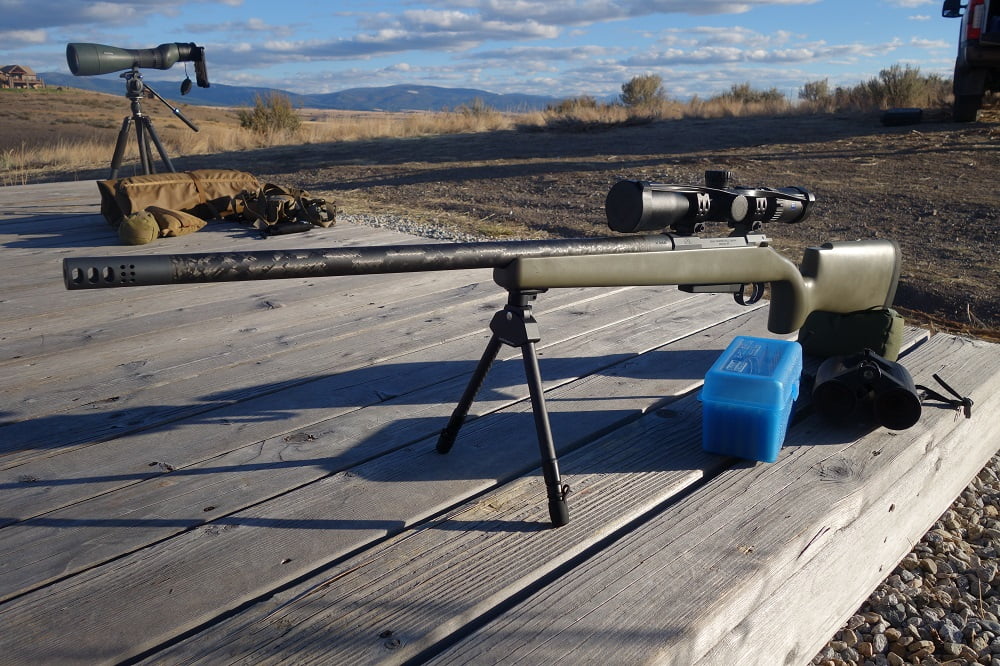 Besides building custom guns and doing custom gunsmithing, SMR also provides load development services.  When I picked up the rifle, they had a couple hundred rounds loaded up–they made it pretty easy on me!  They knew I would be hunting elk and deer for the most part, so they went with a 195 gr Berger EOL Elite Hunter.  That Alpine Hunter was pushing the Berger at 2950 fps. 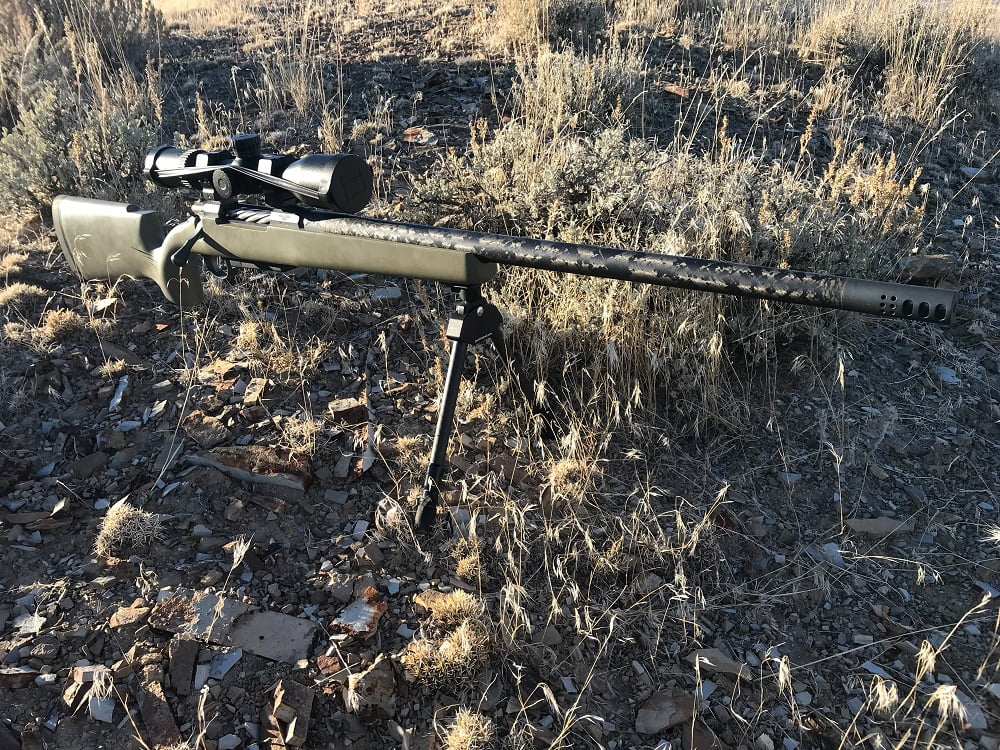 First impressions of the finished product were impressive. The Alpine Hunter isn’t flashy, it’s a hunter’s tool that looks the part.  SMR also has their own cerakote facility.  They applied an  OD Green finish on the stock and accents on the bolt and receiver.   I know it’s just a tool and accuracy it what matters, but it’s a much more enjoyable to carry around an attractive AND accurate tool!  The fit and finish were spotless.  Now it was time to head to the range. 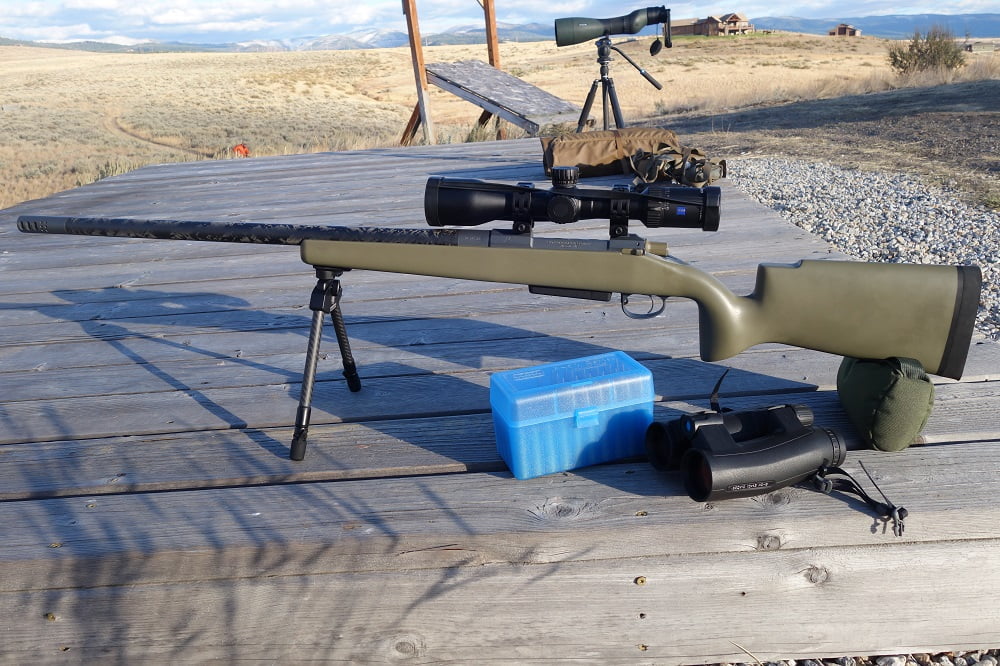 To say that the rifle was shooting sub-MOA would be an understatement.  We put a paper target out at 100 just to check zero and ended up with a 3-shot ragged hole you could probably cover with a nickel.  From 100 yards out to 1200 yards, the rifle was clearly capable of shooting better than I was.  With the data that SMR had from the load building plugged into my Leica Geovids, I was getting accurate corrections and consistently hitting steel.  I would continue shooting and busting rocks in my spare time up until my Wyoming elk hunt started.  It’s amazing how your confidence grows when you know that your weapon is going to its job if you do yours. 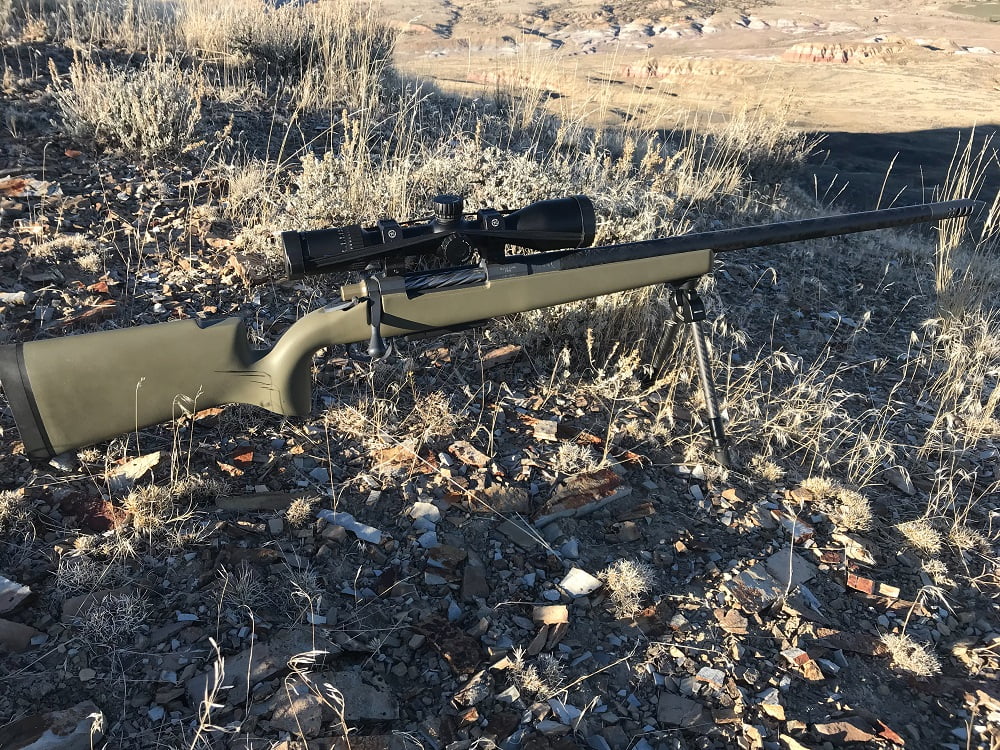 Winter came early to the area I was hunting in Wyoming. Roads were shut down and a large part of the unit was inaccessible.  All the hunters were concentrated into the remaining accessible area.  Opening day was a crazy day that I will never forget.  I saw a lot of elk but even more hunters.

By mid afternoon, most of the elk had moved to the nastiest cliffed-out areas that were difficult to get into.  I found a herd with a mature 6×6 in it and didn’t think twice; it was go time!  I was able to get above the herd by coming up the opposite side of the mountain.  I found a great spot for a shot on a cliff edge and took my time getting set up for the shot.  I had the javelin on the cliff edge and my backpack under the butt of the stock.   With no way to get closer, I dialed the turret for the corrected elevation; he was 575 yards away.  One shot through the shoulders and he was mine.  I had to go back off the backside of the mountain and all the way around and underneath him to work my way up to him.  Not the ideal pack out solo, but I felt lucky to find a mature bull with the hunter pressure I saw.  The rifle made the actual shot the easiest part. 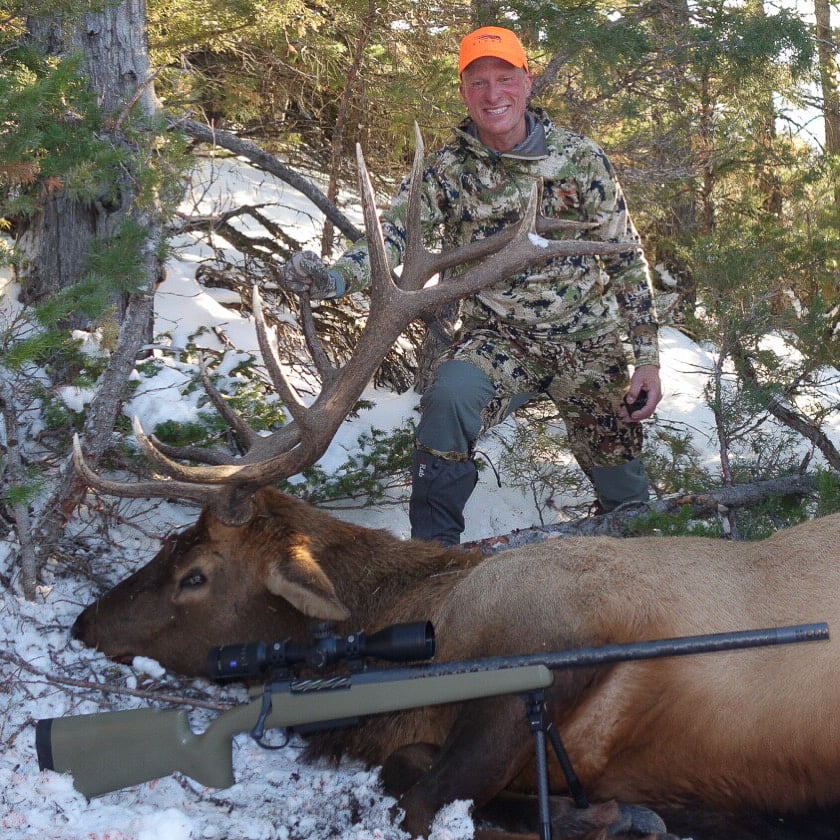 My deer tag took a while longer to fill.  I spent time packed-in on a buddy’s horses, backpacked in solo, and day hunting with my buddy who knows the area.  Deer were scattered and finding an older buck was proving difficult.

I found a buck being pursued by other hunters at daybreak.  They chased him into a deep canyon and after a short while, they gave up on finding him.  When they left, I packed up and departed from my glassing knob in high gear.  I found him shortly after getting to where I had last seen him in the canyon, but he had already seen me on the rim!

I hit the ground and ranged him as he got up out of his bed–751 yards.  My Leica Geovid binos gave me the correction for the turret, so I dialed and settled in.  I had a great position but not nearly as much time as I did for my elk.  Luckily he stood in the pinyon and junipers focused in on my position while I got ready for the shot.  The Javelin held me steady and the Alpine Hunter delivered.  He was down within 10 feet. 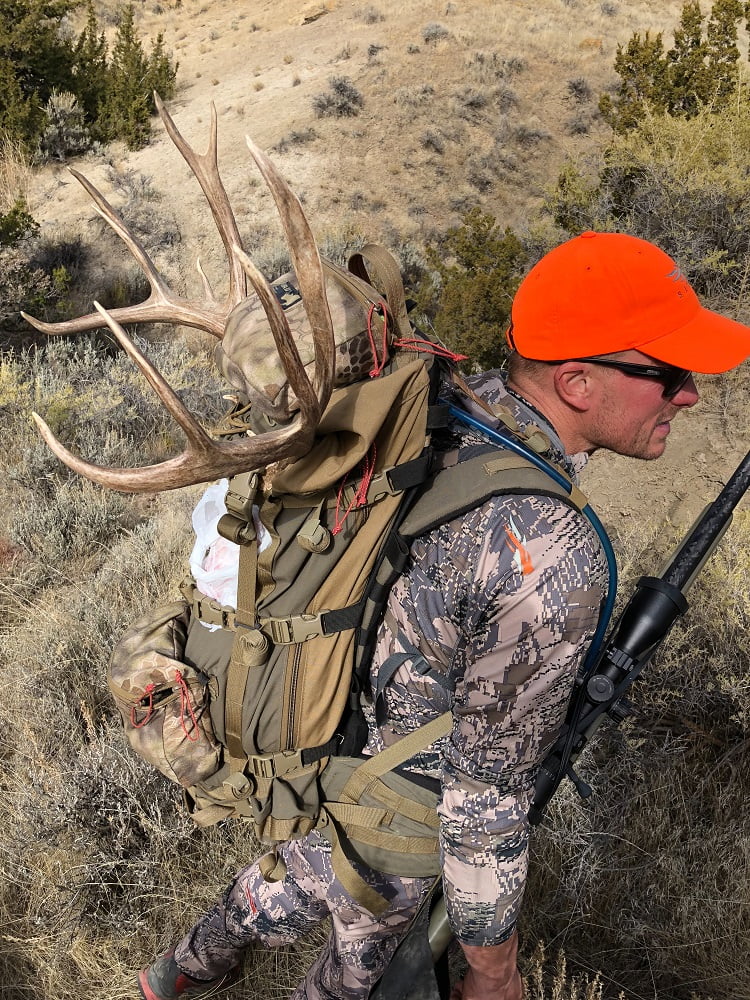 SMR has some very talented gunsmiths that have decades of experience working for them.  Even though they have advanced modern machining processes, they still do much of the build by hand.  I got a chance to tour their facility and meet the guys in the back and see them at work building SMRs one at a time.  Having a small business of my own that relies on quality people, service and products, I was impressed with what I saw.  Each barrel is hand lapped and cut to fit perfectly on each action.  The action is trued, and each stock is precisely cut out by CNC to exact tolerances.  Watching them work, it was evident that they put quality first. 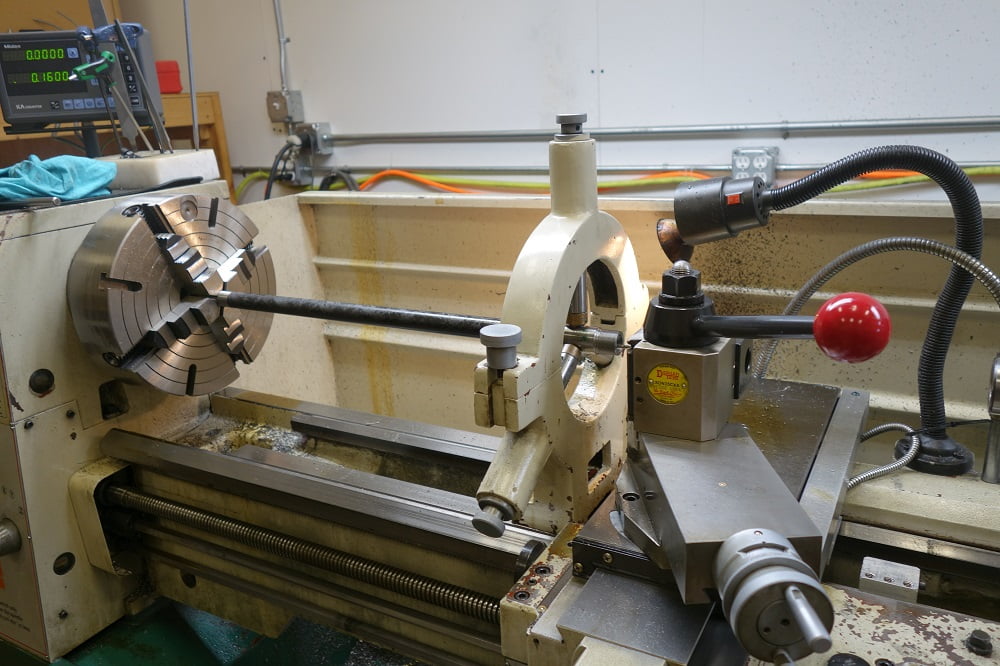 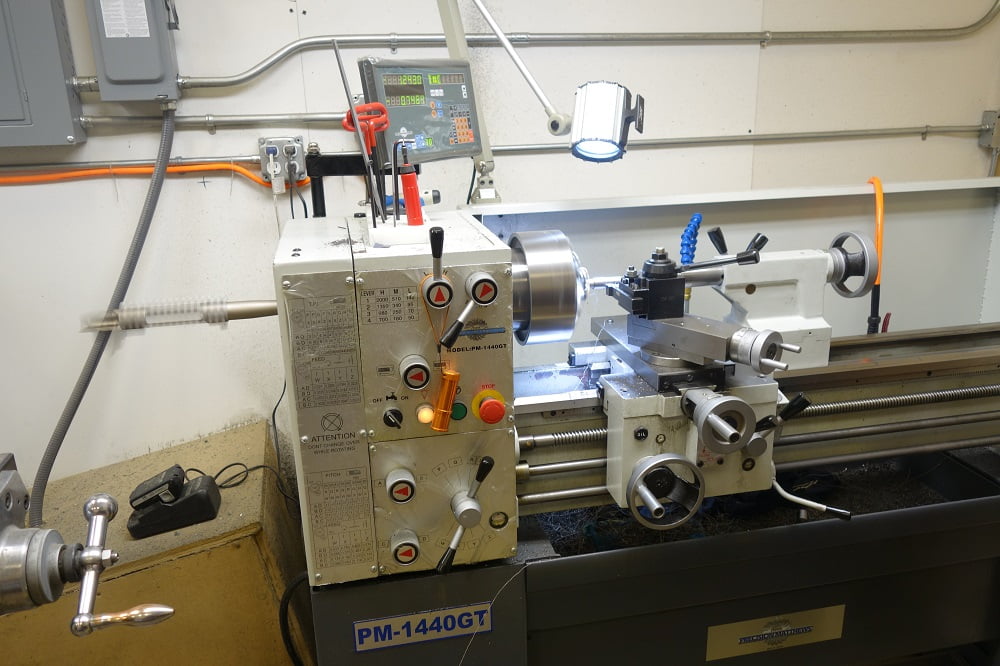 I spent a lot of time behind the Alpine Hunter this past season. The rifle does its job when I do mine. I had zero problems with it and with all the abuse I put it through, the only damage was a few scratches in the stock.  The base price of an Snowy Mountain Alpine Hunter is $4950.  I would recommend them to anyone looking for a top quality custom rifle.