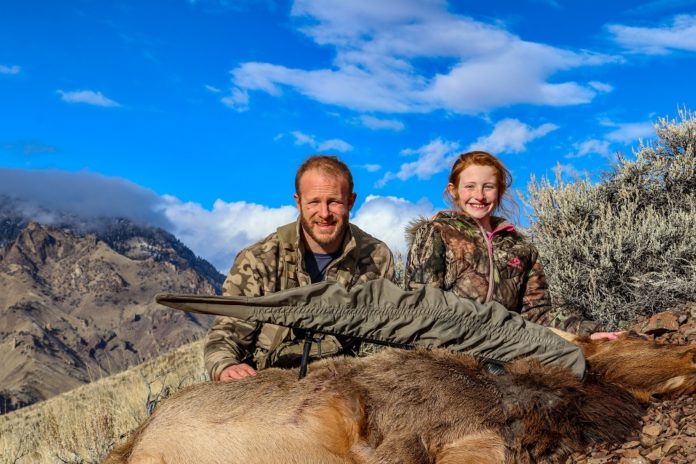 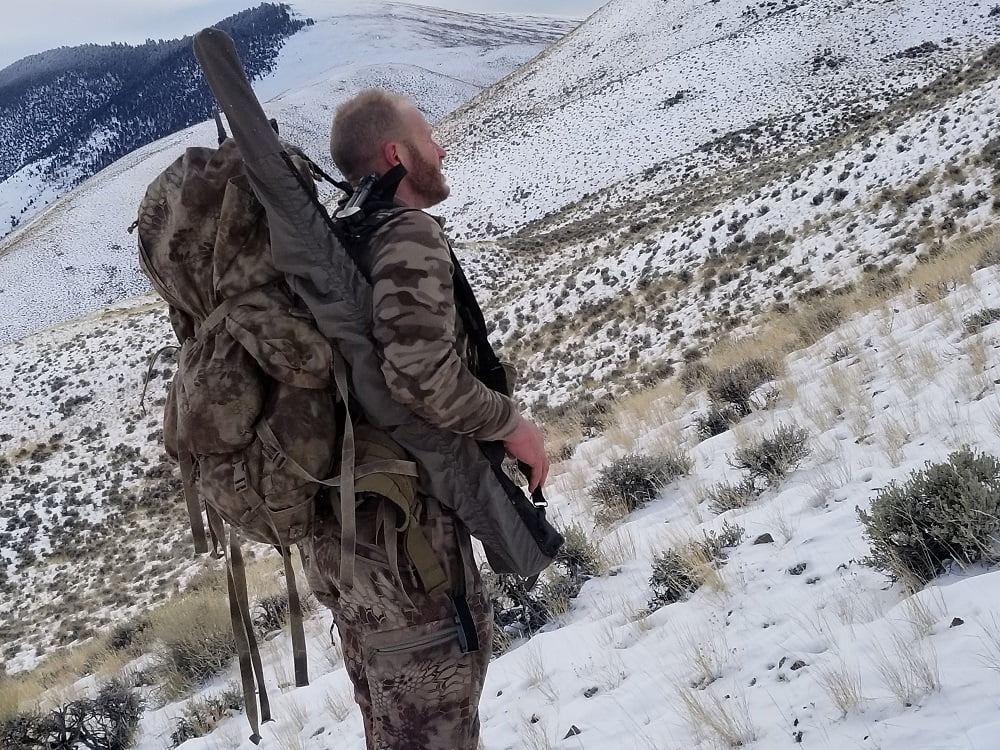 You’re walking through thick snow covered brush hot on the track of a monster buck.  You’ve been trailing him for the past three hours when all of a sudden you break out of a thick alder patch. There, 60 yards in front of you  and unaware of your presence, is the biggest buck of your life. You raise your rifle to your shoulder only to be met with a blank field of vision. Quickly lowering your rifle, you see what the problem: the lenses are full of snow.  As you try to clean out the snow, a doe spots you!  The moment passes and your left all alone to ponder your mistake.

On another day, you’re chasing bull elk with a muzzleloader in thick country in late November.  It has warmed up a bit and wet snow is falling out of the trees making for a soggy hike.  You soon cut big set of bull tracks going right up the ridge and decide to follow quietly.  Not too long after, you can’t believe your eyes as there is a big dark antlered bull sleeping 35 yards in front of you with his vitals exposed.  It seems too easy as you carefully line up for a shot.  At the break of the trigger, you hear a pop and realize the primer didn’t set the powder off. The bull takes off down the mountain and is gone…

Anything like this ever happen to you? These are two of the more vivid instances of many that I have had happen to me. 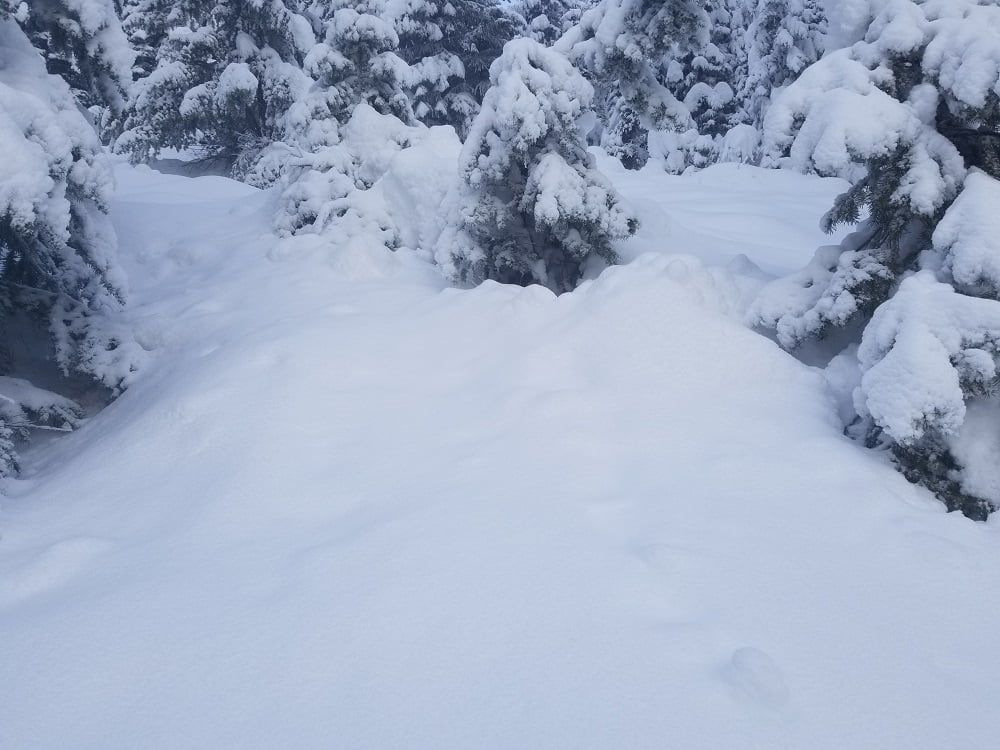 What Can We Do About It?

I have been looking for a solution to this for years. Sure, there are scope covers of which I’ve used nearly every variation.  I live in north Idaho and hunt often in rugged, brushy terrain.  I  don’t go easy on stuff and covers have a habit of getting ripped off going through brush or I’ve even misplaced them in the heat of the moment.  Also, typical covers do nothing to protect the rest of the rifle, especially the barrel. I can’t tell you how many times I get back from a hike and have debris like pine needles and twigs down the barrel. As far as muzzleloaders go, moisture is their enemy and have had terrible luck keeping them dry (even covering the end of the barrel doesn’t often suffice.) It was roughly three years ago when I first saw the SOLO HNTR Rifle Cover.  I bought it immediately.

The SOLO HUNTR MTN LITE cover is made from a highly durable water-resistant micro ripstop fabric; the butt and nine inches of the barrel’s end is covered with tear-resistant Cordura.  It also has a waterproof lining underneath the Cordura.  There are four  flexible bands that allow it to stretch to an overall length of 40-56 inches; the bands are self-adjusting and have enough resistance that it won’t pop off your rifle.  In fact, in three years of being stretched out on rifles, it has not lost any elasticity. I have the original XL model which I weighed @ 7.3 ounces. They have since come out with a model that also covers lengths from 40-56 and comes in at just 6.2 ounces and has a price of $34. 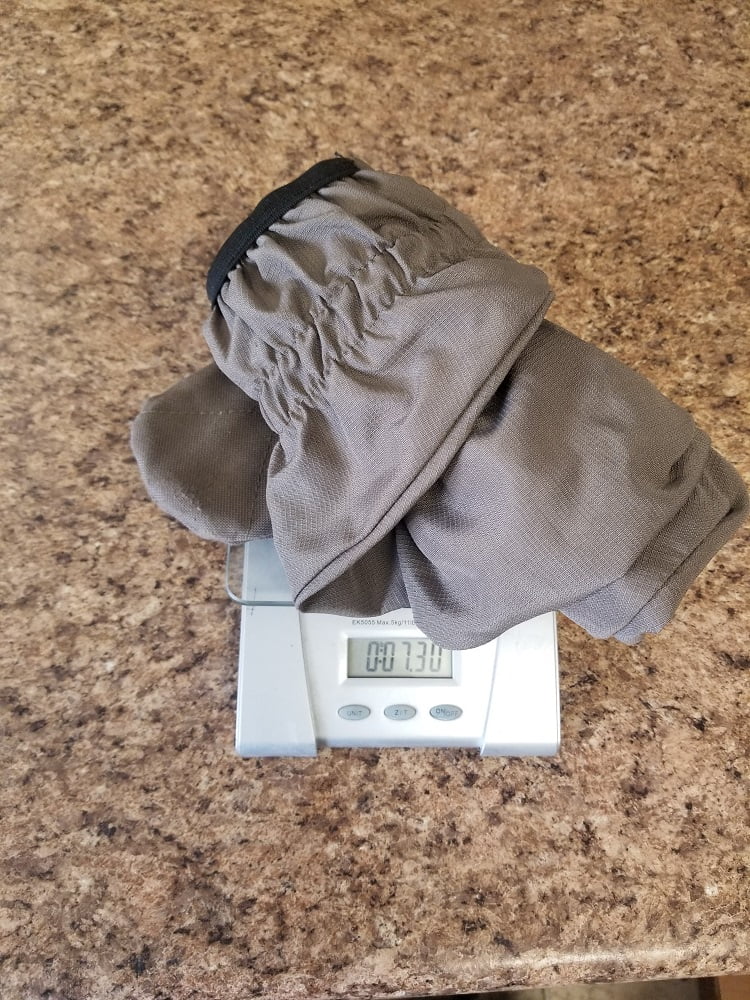 When I first received the rifle cover, I immediately tried it on my 48-inch 300 Ultra Mag topped with a Nightforce NXS 5.5-22x50mm scope and my 43-inch-long muzzleloader.  I found that it was effortlessly installed and removed on both–I’d estimate less than two seconds each way. It has plenty of room easily covering the large scope and rifle, leaving only the underbelly exposed. It also has a very snug fit with nothing loose about it on both weapons. 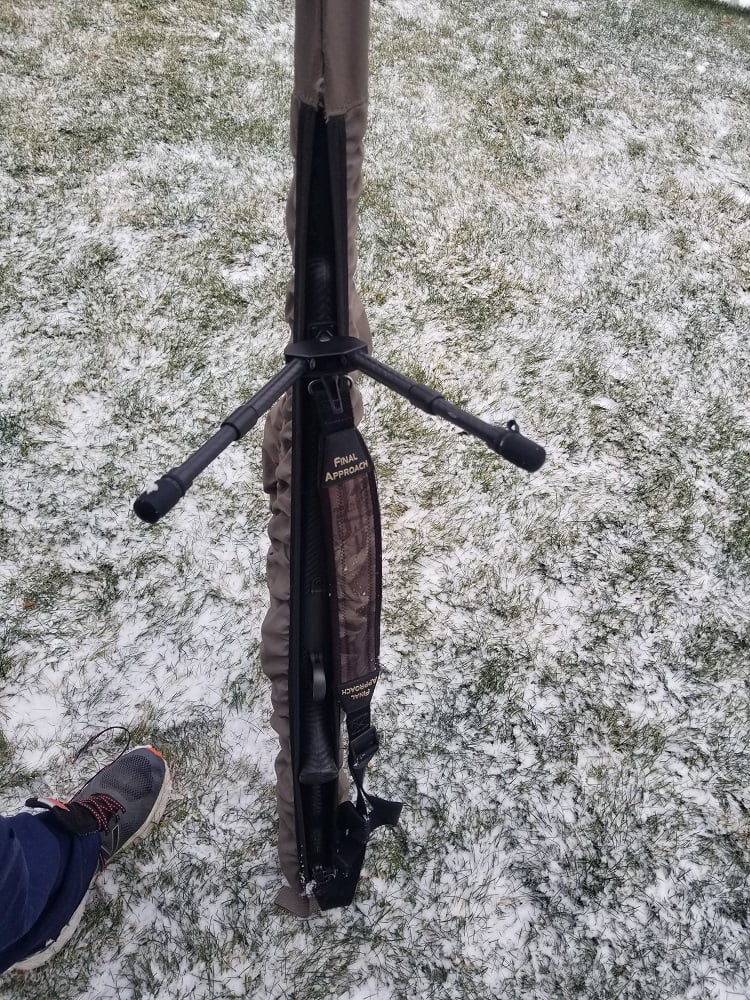 In the field, it is very secure and has not once come off on its own, nor have I had any issues with it hanging up on any part of the rifle when removing it. If I need my rifle available right away, I’ll just drape the cover around my neck or stuff it in a pocket (it can be stuffed a bit smaller than a 16-ounce water bottle.) While walking through brush, I have noticed it is quiet; actually, an improvement over the bare rifle in that regards.

Now to the bread and butter

Since I have used the SOLO HNTR, I haven’t had any of the disasters mentioned in the opening of this article.  It has kept my equipment clean and dry and in better shape in all conditions–and no more dust covered action. It has held up really well as there is no visible damage and functions the same as when I bought it. 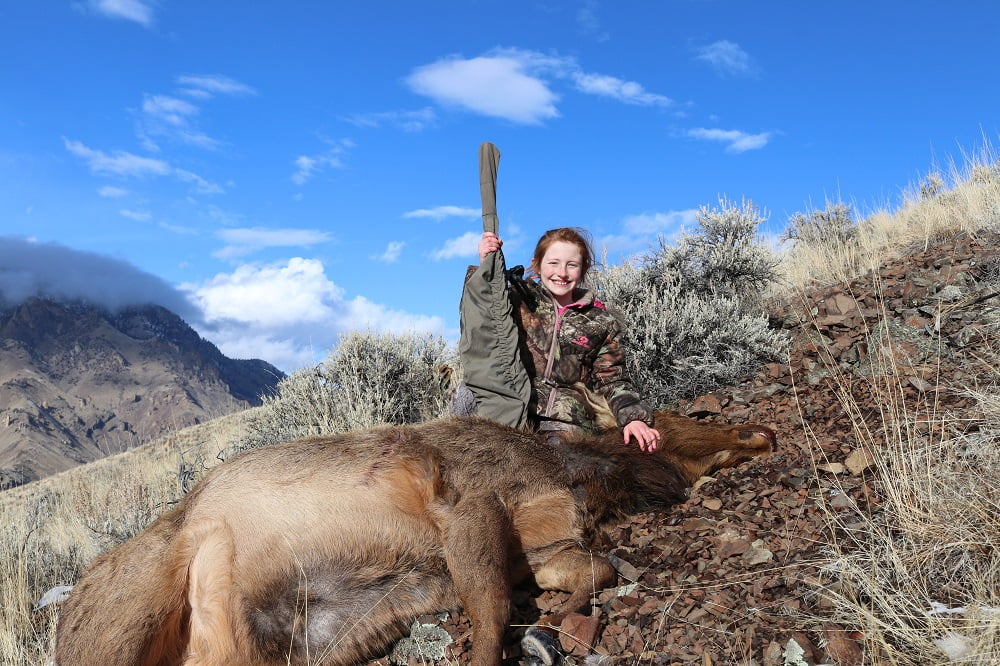 To me, this is one of the simplest yet effective items I have purchased and I never plan on being without one. Whether it be $5000 custom gun or less expensive factory setup, I feel it is a no-brainer for every hunter to own one.  It will protect your investment and quite possibly your opportunity to take that monster buck you’ve hunted so hard for. 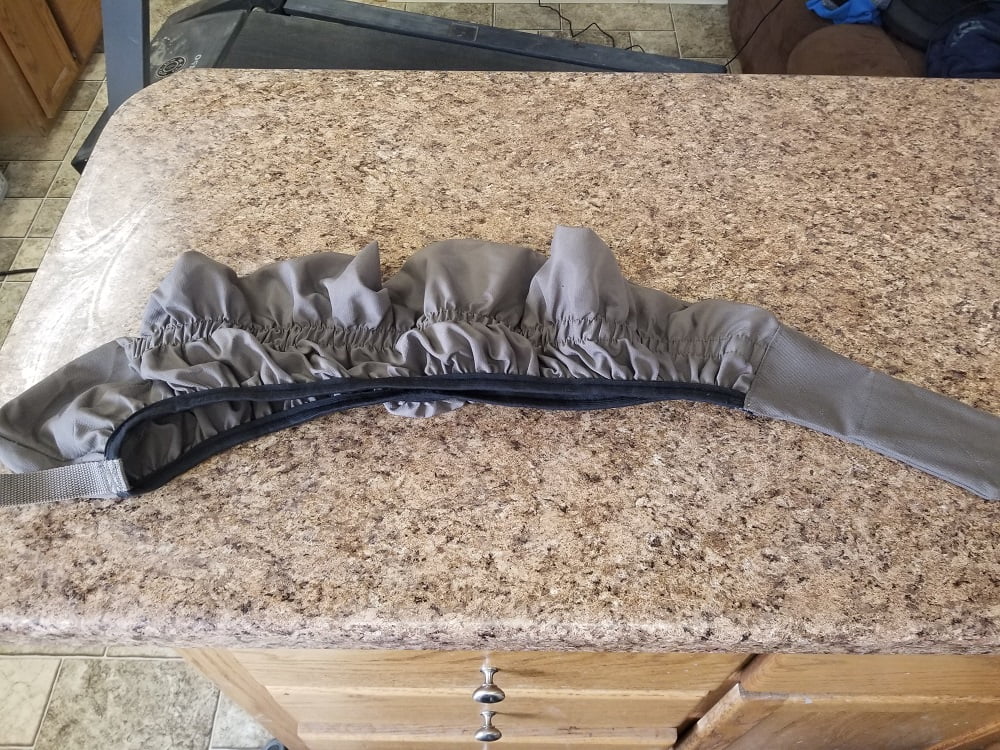 You can comment on this article or ask Jim questions here.

The Solo HNTR Rifle Cover is available from Black Ovis. 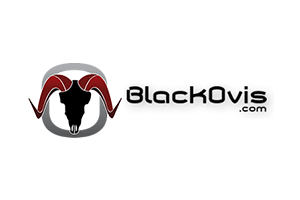 12x Binoculars: The Perfect Optic For The Western Hunter